The Arab society, represented by a large percentage of youth, forms about 21% of the Israeli population. This society has unique characteristics, and at the same time, its members complain of inequality on several levels.

The hi-tech sector, in which Israel is highly skilled, and its industries that form about 50% of its exports, expose the unequal opportunities between Arab citizens and their non-Arab counterparts.

Seeking to change this reality, Tsofen, an organization aiming to integrate members of Arab society into advanced and higher industries, established a 5- year policy plan, known as the “Five year policy plan for advancement of Hi-Tech in Israel’s Arab society.”

According to Naama Najjar, the organization’s Development Manager, Tsofen’s efforts stem from the fact that promoting advanced technology and innovation in Arab society are essential to achieve economic growth and to reduce socio-economic gaps in Israel. 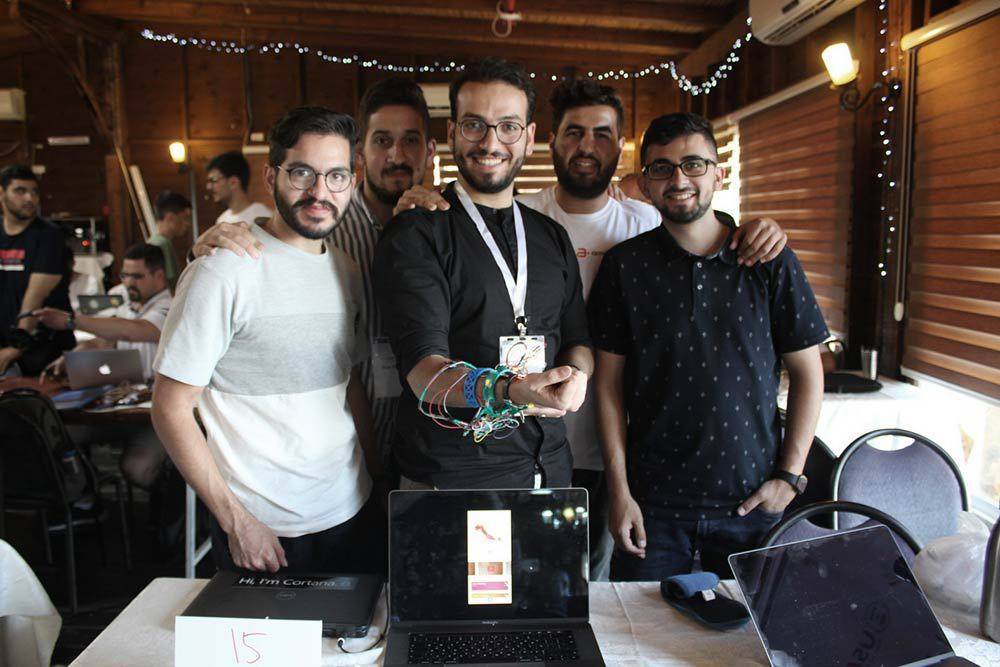 She adds to Raseef22, “The economic situation of the Arab community in Israel, as well as the phenomenon of lack of human resources in the hi-tech field are ‘two problems that solve each other,’” as despite the development of this sector, it still suffers from a shortage of qualified professionals at a general level.

She explains, “We can benefit from the integration of hi-tech by employing the Arab society to improve labor productivity, which will lead to an increase in family income and an improvement in the standard of living.”

The time has come to seize available opportunities through data and technology to find ways to update and transform fragile democracy, addressing important societal challenges such as extremism, the climate crisis, corruption and more

Najjar divides the relationship of Arab society with hi-tech into three stages/generations: The first ended in 2008, in which what she refers to as the “lonely generation” emerged, and it was characterized with few pioneers of advanced technology in Arab society. The second appeared between 2008 and 2017, where the “second generation” emerged and consolidated the hi-tech industry in the Arab society, with the help of civil society organizations, such as Tsofen. The third witnessed the emergence of an “expansion generation”, in which government and civil efforts were made to exploit the current base and build momentum for further expansion of the hi-tech industry in Arab society. She further believes that “the Arab society has the required foundations for developing hi-tech.”

As part of the social and economic development efforts in the Arab society and its integration into the hi-tech industry, and at the initiative of the National Committee of Arab Local Authorities in Israel led by Tsofen, the 5-Year Plan was formulated, to be implemented under the supervision of the Arab local authorities in cooperation with the relevant Israeli ministries and government agencies.

Najjar considers the approval of the 5-year plan “a recognition by the Israeli government of the need to shrink the gaps and develop the economy of the Arab society in Israel.”

She and the organization’s team hope that this government investment will contribute to “developing technological infrastructure, teaching science, technology, engineering and mathematics, developing the ecosystem, and promoting entrepreneurship in the Arab community,” stressing that this will be a “strategic shift and a game changer for the Arab society in Israel.”

During the past few years, the number of Arab male and female engineers specializing in advanced technology doubled, reaching 20,000, which was clearly reflected in the increase in family income and investment in hi-tech companies in Arab cities. I further led to building advanced technology in industrial zones within Arab cities, environmental development, as well as an increase in the number of Arab students enrolled in technology departments in universities.

Parallel success was achieved in expanding the circles of influence by social standards, including changing awareness, reducing social and economic disparities, increasing fair employment, strengthening the values ​​of the common community, and developing entrepreneurship in the Arab community.

Since 2008, Tsofen has succeeded in appointing over a thousand Arab engineers in high-productivity jobs in the hi-tech industry, with a recent rise represented in the appointment of approximately 350 Arab engineers on average annually. It is estimated that these jobs have made one billion shekels to the economy so far.

THE LAWYARD to raise political awareness in Lebanon

Up until recently, there was a lack of independent media in Lebanon, where all the traditional media was supported by politicians or political parties, and speaking for their benefit. Several experiences emerged in attempt to break this cycle of domination over information, and the October 2019 Revolution rose awareness of the prevailing reality and the importance of working to change it.

The Lawyard is a new alternative unbiased media portal. It is an open platform for discussions and exchange of views of all kinds. 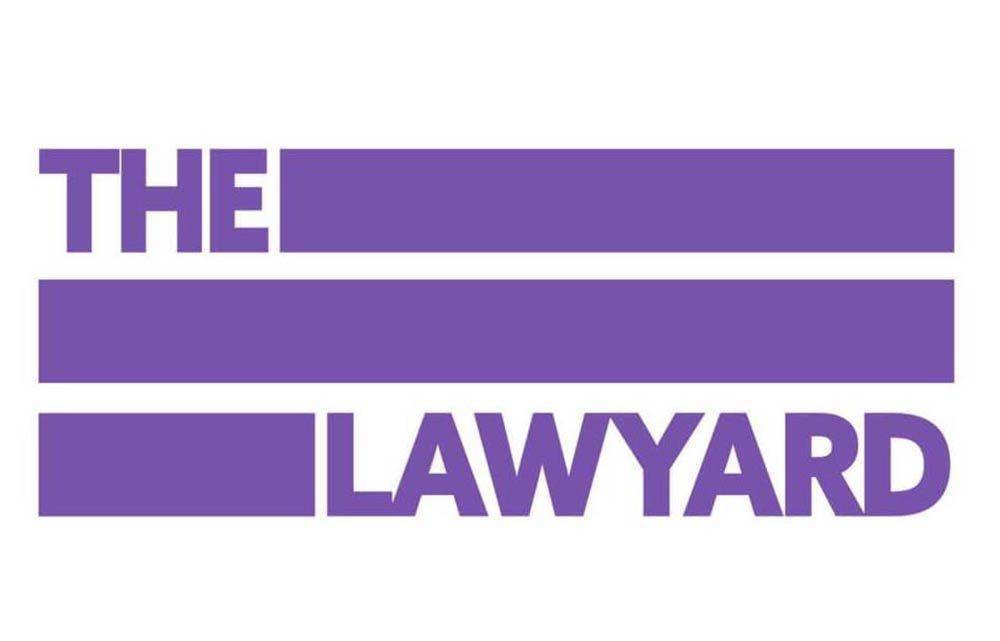 The Lawyard was established in early November 2018, as an independent media platform via Instagram, and is now one of the leading pages in Lebanon that covers local and international news around the clock, with a special focus on legal and political analysis in an “unbiased” manner.

The Lawyard collaborates with several local, regional and international NGOs concerned with innovation and political awareness, to promote the values ​​they believe in. It also seeks to form partnerships with emerging political parties that support change, in order to be part of their media campaigns.

The 5-Year Policy Plan to increase  Arab community integration in Israel’s hi-tech sector, and The Lawyard to raise political awareness in Lebanon: Innovative initiatives aimed at strengthening democracy and society.

About the platform’s work, co-founder and social media officer for the project, Leen Mneimneh tells Raseef22, “Our goal is to provide our audience with independent and objective news, so that they can form their own opinion about any event without external interference or direction. Our main purpose is to raise the level of political awareness. Lebanon does not lack this awareness. In fact, the opposite is true. We see the extent of the problem when major and sensitive events occur, such as the recent events in Tayouneh, for example.”

Mneimneh and her co-founder, Zainab Al-Halabi, are currently working on launching the The Lawyard’s website and registering it at the Lebanese Ministry of Information.

Innovation in the Field of Democracy and Community

The mentioned projects are two of the 25 projects that have reached the final stage of the iValues ​​competition out of 280 projects submitted to compete. iValues is a project launched for the first time by the Friedrich Naumann Foundation for Freedom, a German foundation. Its objective is to “Rethink Politics in the MENA Region” in cooperation with the Innovation in Politics Institute in Germany.

In addition to these two projects, three other projects will compete in the Democracy and Community category: CCIBOOST, an initiative in Tunisia and the Middle East that aims influence policies and promote entrepreneurship in the cultural and creative industries through technology. WE ARE ALL PARTNERS FOR PEACE is a partnership between Palestinian and Israeli women that seeks to end the conflict that has affected them all. The OPEN CITIES INITIATIVE, is another initiative targeting the Arab society in Israel and seeking to promote political participation and good governance in Arab local governments in particular.

The ailing economic situation of the Arab communities in Israel, and the shortages of human resources in the hi-tech field are ‘two problems that solve each other”.

Dirk Kunze. Regional Director at FNF MENA, stresses that “Innovation in itself is something that one cannot achieve on their own. A wise man once said: You can invent on your own, but you can never innovate alone. Innovation requires a collective effort to bring about change, in the sense of understanding each other’s challenges and cooperating with one other,” adding to Raseef22, "This can be seen through the submitted projects: all of them were developed either as a result of a societal creative process or to address issues in the community that affect many people.”

On the importance of innovation in improving the field of Democracy and Community, Asmar says, “I believe that as we enter the third decade of the twenty-first century, the time has come to seize the available opportunities through large data and technology to find ways to update and transform fragile democracy, and address the most important societal challenges such as religious extremism, the climate crisis, corruption, etc…”

If The Lawyard is among the five winners, Mneimneh says it will help them expand the platform’s team and thus their content, with ambitions to tell stories in a “completely new” way.

As for Najjar, she says they would like to benefit from “the experience and knowledge of Friedrich Naumann Foundation’s friends in order to open up to a new audience who did not know about the Tsofen events before.”

She believes that winning the award will be “a recognition of Tsofen’s many years of work in promoting the values ​​of tolerance and equality and its pioneering activities to strengthen the capabilities of the Arab society in Israel.”

“YOUR SUPPORT” in Jordan and “MIN HAQQIHA” in Lebanon, Innovative Solutions to Protect and Promote Women’s Rights