In the early morning hours of Tuesday, January 26th, the interim diplomatic representative of Israel in Morocco, David Guverin, arrived as a guest to Morocco’s capital Rabat. The visit was the beginning of Israeli diplomacy in Morocco from the Israeli liaison office which will reopen after 20 years of closure.

Guverin’s arrival in the Moroccan capital, which came nearly a month and a half after former US President Donald Trump announced that Morocco has agreed to restart its relationship with Israel, was considered by Israeli media as a “historic moment” and a “day of celebration” for Israel.

Jacqui Kaddouch – representative of the Moroccan Jewish community in Marrakesh – refused to address the return of relations between Morocco and Israel before expressing both his and the combined joy of Moroccan Jews over the United States announcing its support for Morocco in the Western Sahara conflict – something that is considered a priority for all Moroccans alike regardless of religion. 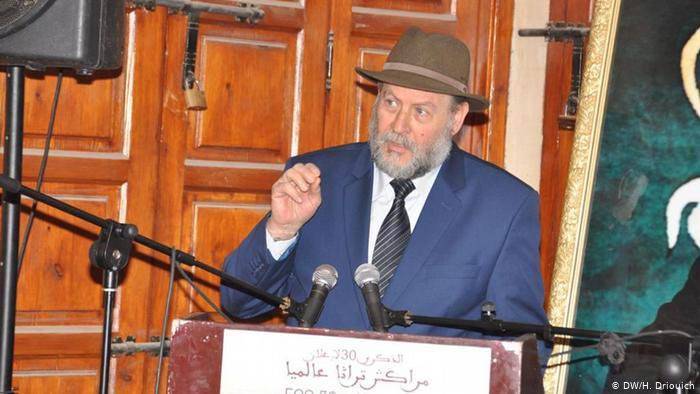 In a statement to Raseef22, Kaddouch revealed that he is currently on a mission in Israel to consult with Moroccan Jews and officials to hold celebrations for the restoration of relations between Morocco and Israel.

“The celebration will be carried out in various ways, including printing banners and images of King Mohammed VI to decorate Israel’s most prominent streets and highways,” according to Jacqui’s statement.

Israeli media has repeatedly reported a possible upcoming visit by Moroccan King Mohammed VI to Israel, which could include a visit to Ramallah to meet with Palestinian President Mahmoud Abbas. 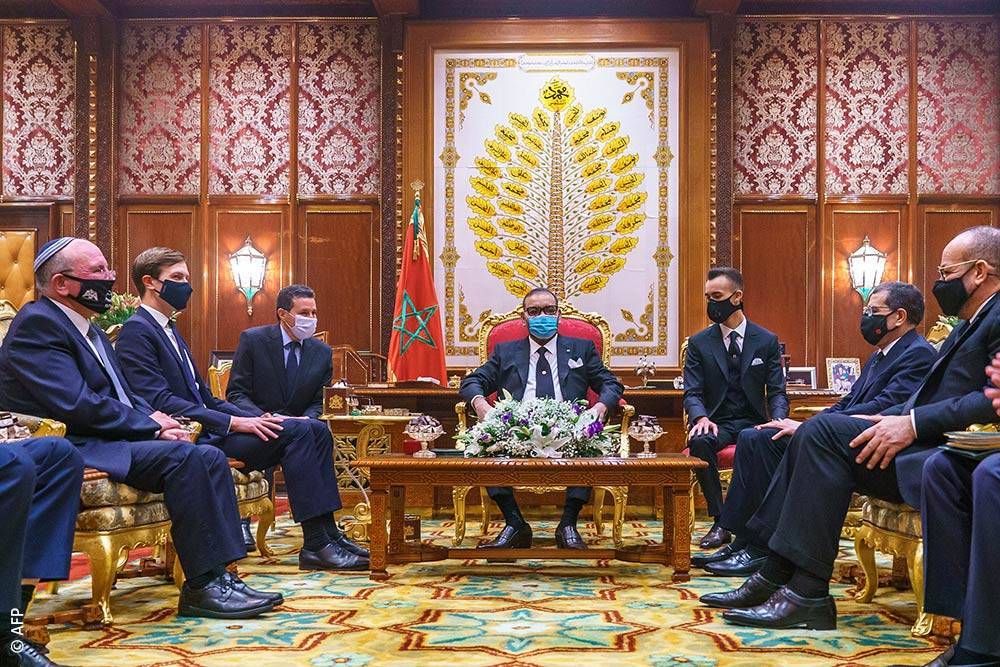 According to Israeli newspaper ‘Yedioth Ahronoth’, the government of Netanyahu is currently making arrangements with representatives of the Moroccan royal court to receive King Mohammed VI in Israel in the near future, with the aim of achieving a moral victory in favor of the Likud party represented by Netanyahu. They hope that this will be a motivation to attract the votes of the Moroccan Jews who constitute a force in Israel.

Expectations for the Future

Kaddouch, who lives in Marrakesh, said that nearly 50,000 Israelis visit Morocco annually, and “following the new announcement, we expect the number to increase fivefold or more, especially after the commencement of direct flights between the two countries.”

In a statement to Raseef22, Suzanne Harroch, a Jewish Moroccan singer who chose to settle down in Rabat, expressed her happiness with this new announcement, stressing that it will bring her closer to her relatives in Israel. 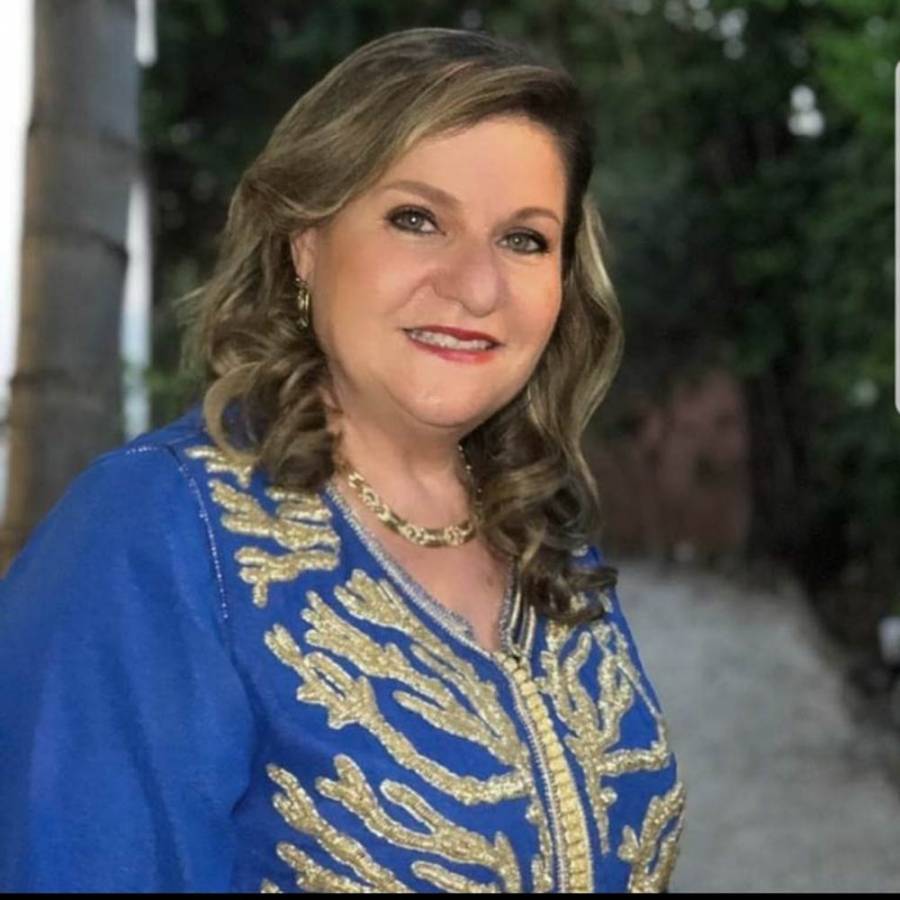 “Things will return to normal soon, and Moroccan Jews will grow closer to their history and origins, especially those who chose to immigrate to Israel (250 thousand Jews have immigrated from Morocco to Israel),” Harroch said.

The 67-year-old Moroccan singer recalls her last trip to Israel, saying, “I waited 14 hours at the Paris airport to get a visa, but I am happy that I will not have to do that anymore because of this great agreement.”

In an interview with Raseef22, Mohamed Amnoun, a Moroccan researcher specializing in Moroccan Jewish heritage, considers that relations between Morocco and Israel were normal and consistent ever since the migration of the first Moroccans to Israel after 1948, as is the case with all countries in the world where the Moroccan community resides, whether Muslim or Jewish. 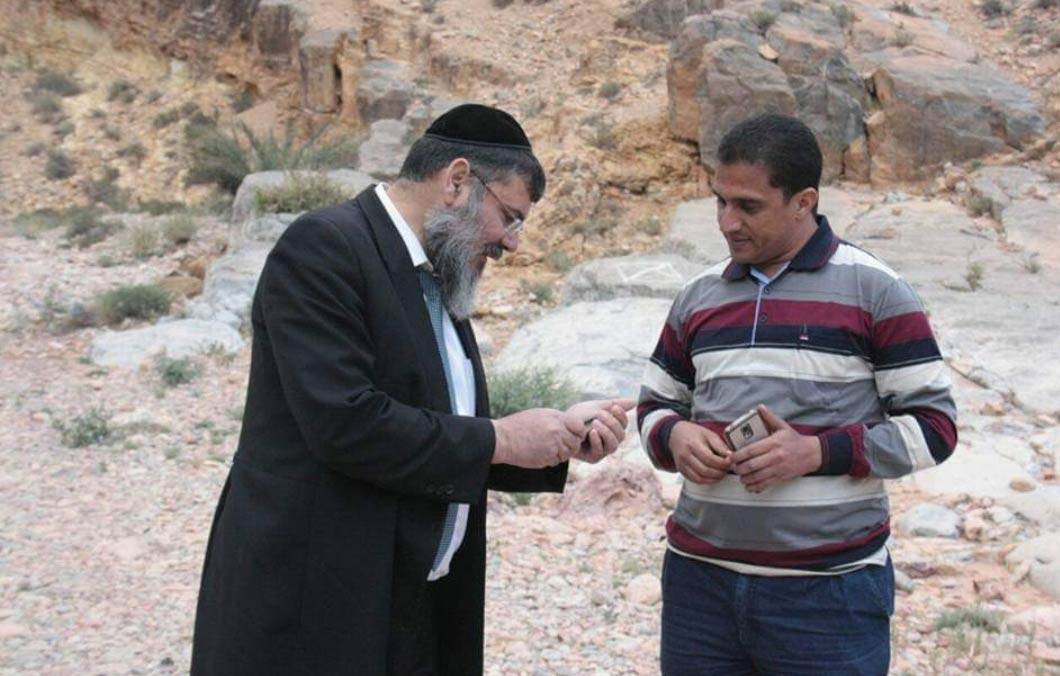 He explains, “Social, cultural and economic relations haven’t been and won’t be severed, given a set of primarily humanitarian data in the first degree, the most prominent of which is that the number of Moroccan Jews in Israel exceeds one million. Many of them visit Morocco frequently. They have significant property and investments in the fields of agriculture, farming, industry, services, communications, and trading.”

Morocco is the only Muslim country that, since 1976, decided not to revoke the nationality of Moroccan Jews that immigrated to Israel, creating a million member community, so they can return to their country whenever they want as Moroccans

He adds, “They are Moroccan citizens, and no one can prevent their relationship with their homeland as they renew their pledge of allegiance to the Commander of the Faithful and raise prayers to the King and his people on every occasion and declare their attachment to their original homeland.” He goes on to say, “They have more than 565 religious temples, churches and shrines in Morocco. There is a group that never even left Morocco in the first place. In the cities and villages of Morocco today, more than 70 thousand Jews live with their children and brothers residing in Israel. Morocco is the only Islamic country that, since 1976, decided not to revoke the Moroccan nationality from the Moroccan Jews that immigrated, so that they can return to their country whenever they want as Moroccan citizens.”

During the discussion, the researcher pointed out that “Morocco has a special status on the issue of Jews’ relations with Israel. This status has caused these relations to have a continuous nature in one way or another, regardless of the extent to which they appear on the surface publicly or through social, economic and cultural relations – away from the limelight in most cases.”

He added, “We hope that the recent agreement to reset diplomatic relations will mark the beginning of the return of the nation’s people to their homeland... Morocco was – and still is – a safe haven for Jews after they fled the massacres of the Babylonians during the attack of Nabonassar the Babylonian, and after that the Romans in 70 BC, and also when they were expelled from Andalusia in the year of 1492, and Portugal in 1497. Since that time, Jews have integrated into public life in Morocco and have become a part of the components of society culturally, politically, and economically.” He comments, “Despite the immigration of most of them abroad – whether to Israel starting 1948 or France, Canada, America, Argentina, Brazil and Britain – the Kingdom of Morocco’s constitution considers Jews one of the components of society, and this is a unique constitutional text in Islamic and Arab countries.”

Turning back to Kaddouch’s words, he confirmed that several consultations had begun between Moroccan and Israeli officials following the agreement, which revolves around establishing economic projects within several fields -- of which their full details will be announced in due course.

In the same context, Amnoun says that “The awaited development in Moroccan-Israeli diplomatic relations – coinciding with their gain of the American position on the Western Sahara conflict – includes the modern technologies and traditional industries that are widely accepted by the Moroccans of Israel, given the multiple cultural links. Then there is also the likely agricultural cooperation, for Israel has pioneering experience in converting void deserts into fertile lands through the use of drip irrigation and wastewater treatment. There are also great prospects for tourism exchange in particular.”

I recently contacted Jews of Moroccan origin living in Israel interested in their homeland beyond nostalgia”, Morocco has over 565 religious shrines and a large Jewish community

He added, “I recently contacted Jews of Moroccan origin living in Israel, and they emphasized their enthusiasm for making their original homeland (Morocco) a part of their present and not just a part of their nostalgia for the past.”

During his discussion, the representative of the Moroccan Jewish community affirmed more than once that Moroccan Jews believe in the necessity of finding a peaceful solution that does justice to both peoples (Palestinians and Israelis alike), especially since the region needs peace instead of war or dispute.

For his part, Avraham, a Jewish Moroccan who has never been to Israel, told Raseef22 that the Moroccan people and their ruler Mohammed VI believe in the right of the Palestinians to live in peace – far from war, killing, and any threats – but in return, relations with Israel cannot be completely cut off.

Avraham, a Jewish Moroccan who has never been to Israel believes that the Moroccan people and their King Mohammed VI believe in the right of the Palestinians to live in peace – far from war, killing, and threats.

Avraham, whose answers were brief and “cautious”, considered that the Morocco-Israel agreement differs from the other agreements (like those with the UAE, Bahrain and Sudan), because “Rabat established full diplomatic relations with Israel in the 1990s, and cannot be included in the normalization deals that have left behind major controversy during the recent past period.”

‘Syria was his promised land’: why Moshe the foreigner stayed in the Jewish Quarter of Damascus