Throughout the eighteenth century, the world’s commercial chocolate came only as a liquid beverage that was drunk with milk, and was never eaten. In 1819, a Swiss businessman named François-Louis Cailler established a factory to produce hard chocolate, in what was considered a major business venture. Seven years later, industrialist Philippe Suchard, also a Swiss chocolatier, invented a machine for mixing sugar with cocoa, and his products went on to be sold by the piece in stores and pharmacies.

Hard chocolate became such a success in Europe in the mid-nineteenth century that a French pharmacist began using it to coat pills and medicines, in order to give them a distinctive flavor and make them more tolerable to adults and children.

Then came the British industrialist Joseph Fry in 1847 to put the first piece of coated chocolate on the market, followed two years later by John Cadbury, founder of the world-famous Cadbury chocolate. Soon after, several brands debuted across the world, and went on to become the most famous in the world of commercial chocolate, such as the American “Hershey” chocolate in 1894, the Swiss “Nestle” chocolate in 1905, and finally the American chocolate “Mars” in 1911.

Lebanon in the 60s was called the “Switzerland of the East” for its mountains, cedars and active banking life. What also qualified Lebanon for this name is its leadership in the chocolate industry. Like Switzerland, Lebanon was a pioneer in this field in the Arab world

This history is recorded and known in the global world of chocolate, but when did this industry enter the Arab world?

Lebanon in the sixties came to be known as the “Switzerland of the East” because of its mountains, its cedars, and its active banking life, but another component qualified Lebanon for this name, which is its leadership in the chocolate industry; Lebanon, like Switzerland, was a pioneer in this field in the Arab world. The story dates back to 1895, when Mahmoud Ghandour opened a confectionery shop in Beirut, and was the first to sell hard chocolate imported from Europe. 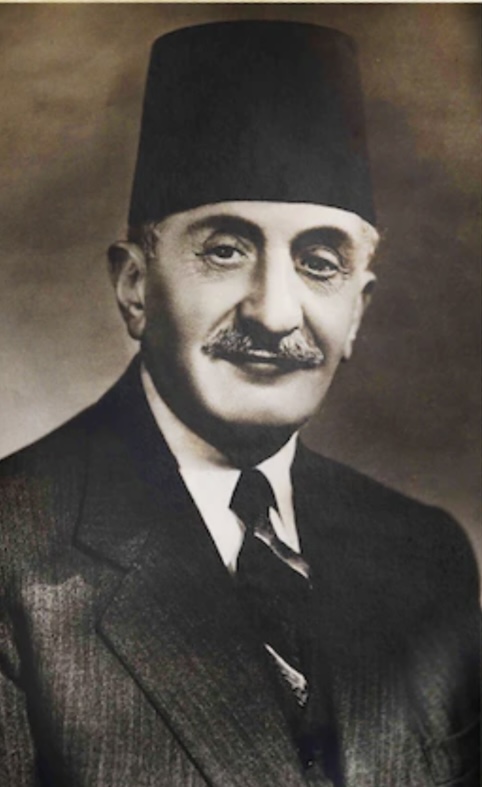 Mahmoud Ghandour, founder of Ghandour Chocolate and Biscuits in Lebanon

Due to its popularity among the Lebanese people and the foreigners residing on its lands, Ghandour established a modern confectionery factory in 1912, and its products invaded every Arab home, such as chocolate, chocolate biscuits, and wafers. The Ghandour factory grew rapidly, due to Lebanon’s economic openness in the fifties and the sixties, becoming the largest and most famous in the Middle East. The owner and manager of the factory, Rafiq Ghandour, was asked about his favorite type of music, and his answer was: “The sound of the factory machines while they are operating.”

The story of the chocolate industry dates back to 1895, when Mahmoud Ghandour opened a confectionery shop in Beirut, and was the first to sell hard chocolate imported from Europe

The Ghandour Factory has survived two world wars and a violent civil war, and has continued to operate despite all the security and economic challenges, all the way to the great (economic) collapse that has befallen this small country in 2019. A good portion of his business moved to the Saudi capital of Riyadh, while preserving the parent factory in Lebanon and the Lebanese identity of Ghandour’s products.

The founder of chocolate in Egypt was not an Egyptian man, but rather a Greek residing in Alexandria named Tommy Christo. Seeing the development and success of this confectionery industry in Europe, Tommy decided to move the concept to Egypt in an attempt to try it during the time of Sultan Hussein Kamel, so he established a small factory for hard commercial chocolate in the city of Ismailia, on the west bank of the Suez Canal, called the “Royal Chocolate Company”. 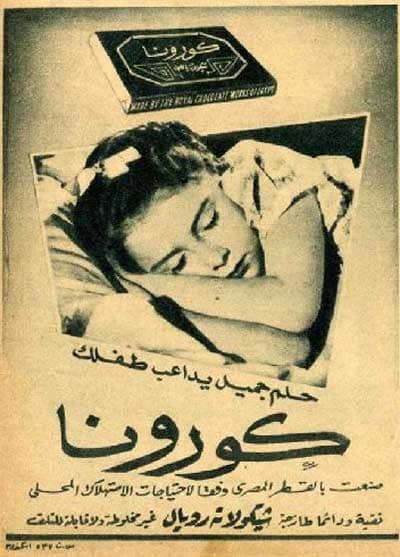 In 1919, at the age of twenty-eight, Tommy Christo established a modern factory in Alexandria, and began to produce “Corona” chocolate, which became very popular in Egypt, and adopted a deer’s head as its official brand. 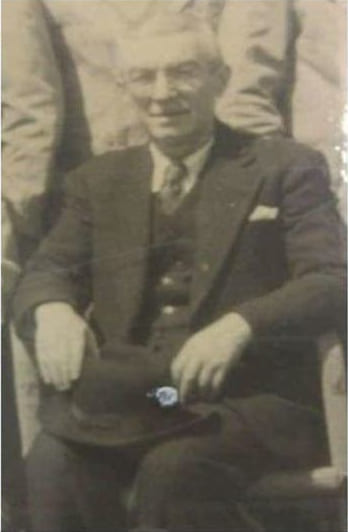 Tommy Christo, founder of the Corona Chocolate Factory in Egypt

This deer head has a story. Next to Tommy Christo’s factory, there was a green meadow where wild deer grazed and where children held football matches. In one match, the ball hit a deer and it died. Christo was very saddened and ordered that its drawing be put on his products’ wrappings, making it the official logo for Corona Chocolate. 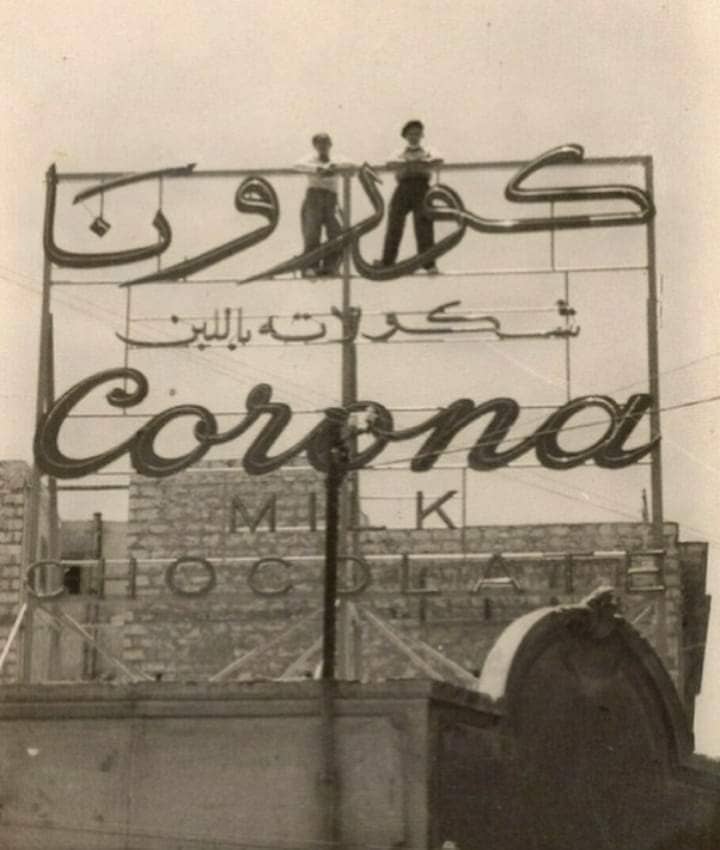 The company remained under the management of its Greek founder until a decision was issued to nationalize it in 1963, during the era of President Gamal Abdel Nasser. Christo’s dream was lost and the empire he had worked so hard for in Egypt collapsed, so he traveled abroad and settled down in Switzerland until his death.

The team of Corona factory in Egypt, with the company logo (a standing deer) displayed above them

As for the nationalized company, it remained in the hands of the Egyptian government until 2000, when it was sold to the private company Sunaid, and it is still producing Corona chocolate to this day.

In Damascus, the well-known Ghraoui family founded a trade in 1805 in foodstuffs, including tea, coffee, and sugar. Ghraoui’s sons inherited the ownership and management of the business from generation to generation, all the way to industrialist Sadek Ghraoui, whose name rose to prominence in the early thirties of the last century as one of the founders of a conserva factory with Shukri al-Quwatli, twelve years before the latter came to power in Syria. 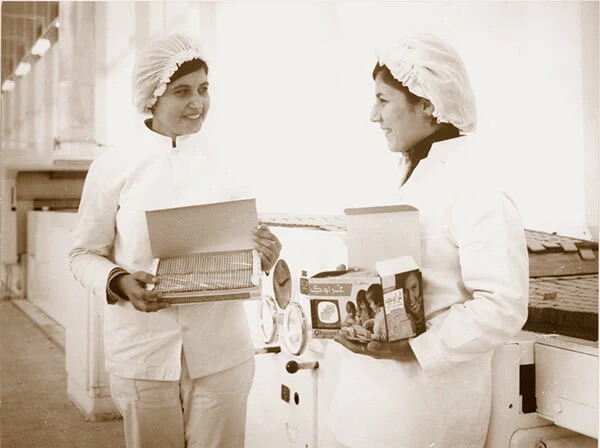 The Ghraoui factory in Damascus in the fifties

The factory was a joint stock company, dedicated to canning and preserving the agricultural products of Ghouta Damascus, including fruits and vegetables, and selling them in Arab markets. In 1931, Sadek Ghraoui visited chocolate factories in France and decided to enter the world of chocolate making in Syria. He established a modern factory in Damascus, and was the only one who manufactured chocolate milk stuffed with almonds or hazelnuts.

At first, the people of Damascus did not like the chocolate, so “Chocolate Ghraoui” was sold in luxury wooden boxes, imported from Austria

At first, this dessert did not appeal to the people of Damascus, who are accustomed to Arabic sweets with their local margarine and signature cream (ashta), so “Chocolate Ghraoui” was sold in luxury wooden boxes imported from Austria, with useful things placed inside for the master of the house and his wife, to make it more popular, such as small silver scissors, for example, or a letter opener, or envelopes. 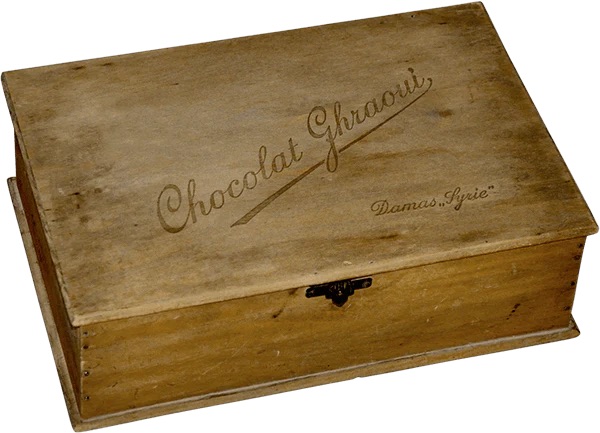 Sadek Ghraoui also hired a French expert named Monsieur Ogis and brought him to Damascus, where Ogis stayed for twelve years, placing his expertise at the disposal of the Ghraoui’s factory.

The Syrian products have participated in several international exhibitions in Paris and New York, and are now sold in major London stores, like Selfridges and Harrods. But its fate did not differ from that of the Egyptian Corona Company, as it was nationalized during the time of unity (the United Arab Republic) in 1961. 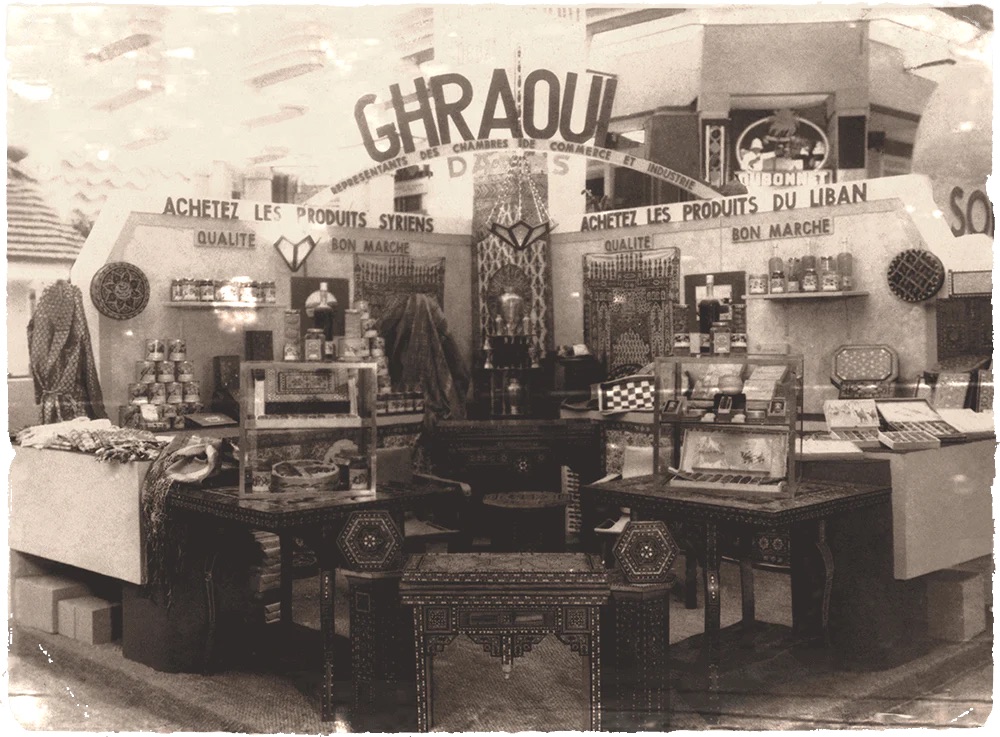 But Sadek Ghraoui did not despair or give up, and during the phase of separation following the coup of 28 September 1961, he began laying the foundations of a modern biscuit and chocolate factory, which was later nationalized under President Amin al-Hafiz in 1965.

The man died in 1969, and his son Bassam Ghraoui in 1996 came to once again restore the spirit of Ghraoui’s products, through the only shop that was left for the family and has been untouched by socialist decisions. He thus he opened a modern chocolate factory that still exists to this day.

Eating on Arab Streets: Discover The Best Street Food Markets in the Region

On the Politics of Food and the Origins of Ice Cream

Raseef22 constantly strives to break the cycle of dominance enforced by those who long for a nostalgic, authoritarian past. We present ourselves as rulebreakers and changemakers who are not afraid of speaking up and challenging the very dated conventions that prevent us from moving forward...Your story is missing here!! Join the conversation..be the change!

Our past, present, and future are intrinsically intertwined, and directly affect each other throughout history. The current trend sees an inability to let go of the past, which still dictates a large part of present and threatens the future and what potential it can hold. Change for a better future! Take action!