The current plight of Afghan women, highlighted by the return of the rule of the hardline Taliban group, has brought back to the collective mind the biography and achievements of one of the most important queens in the history of Afghanistan and the Islamic world, Queen Soraya Tarzi.

Interestingly, the Queen, who was born in exile and also died in exile at the age of 68 was “ahead of her time” and gave her citizens a glimpse of a future built on gender equality - something that has yet to be realized, nearly a century since her days as Queen.

Soraya was born in Damascus on November 24, 1899, to an Afghan father - politician and intellectual Mahmud Tarzi - and an Aleppan mother, Asma Rasmya, the daughter of Sheikh Muhammad Saleh al-Mossadiah al-Fattal, the muezzin of the Umayyad Mosque. In Afghanistan, Soraya’s origins trace back to the Pashtun tribe which is descended from the Barakzai dynasty, according to the Syrian academic and historian Joseph Zeitoun.

Raised in Syria, Soraya grew up to the progressive ideas taught to her by her father, who chose Syria as exile due to his political dispute with Emir Abdur Rahman Khan (Emir of Afghanistan from 1880 to 1901).

She returned with her family to Afghanistan after the new Emir of the country, Habibullah Khan issued an amnesty for the exiled intellectuals immediately after he assumed power following the death of his predecessor. There, she met the King’s son and heir to the throne, Prince Amanullah Khan, and the two had a romance that culminated in marriage in 1913. She was only 14!

Following the assassination of his father in 1919, Amanullah was ascended to the throne and became King of Afghanistan and Soraya his Queen. Both possessed a great deal of intellect, awareness and education, and they had a progressive vision to reform the country and introduce modernity in all fields.

The first Muslim Queen to publicly remove the veil and accompany her husband on public occasions. Soraya Tarzi, the Damascene Queen of Afghanistan, fought polygamy and the headscarf. Time magazine named her as one of the most influential women.

Soraya was the first lady and queen in Afghanistan concerned with women’s rights and education. She worked to inform women about their rights and ways to enhance their position in society and political life. Prominent Afghan feminist and political activist Shinkai Karokhail described her as “unique - a very strong and exceptional woman” of her time.

In 1926, coinciding with the seventh anniversary of Afghanistan’s independence from Britain that followed the Third Anglo-Afghan War in 1919, Soraya delivered an eloquent and inspiring speech. In it, she said, “Independence belongs to all of us… Do you think that our nation from the outset needs only men to serve it? Women should also take their past as women did in the early years of our nation and Islam... We should all attempt to arm ourselves with as much knowledge as possible.” 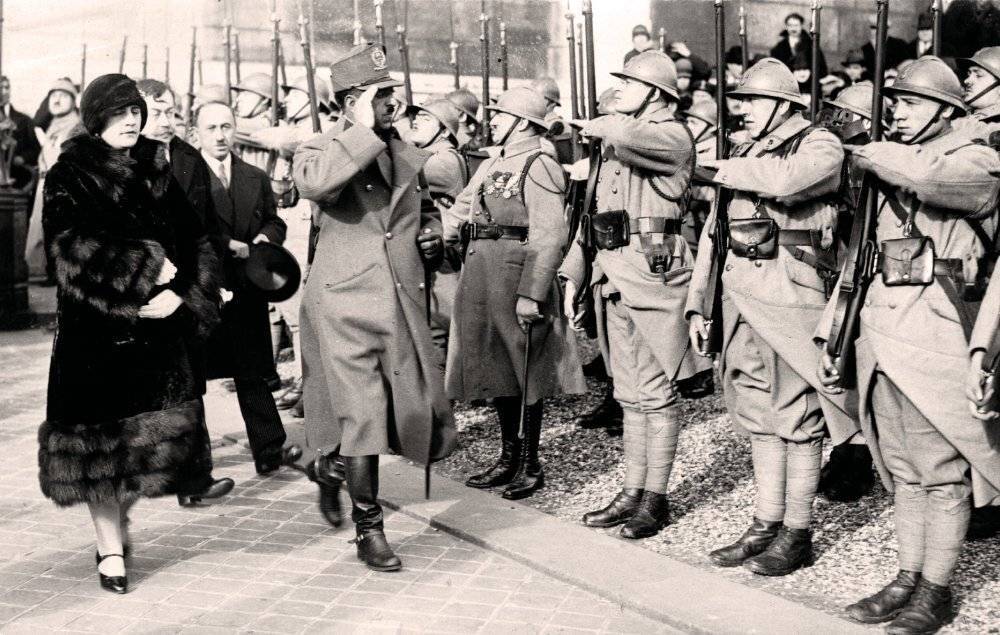 In 2020, the prestigious American Time magazine chose her as one of the “most influential women of the past century” and “women who were often overshadowed”, explaining that “the daughter of a liberal Afghan intellectual, Queen Soraya Tarzi was fond of breaking with tradition. As the first Queen Consort of Afghanistan and wife of King Amanullah Khan, she became one of the most powerful figures in the Middle East in the 1920s, and was known throughout the world for her progressive ideas.”

The magazine pointed out that Tarzi and her husband campaigned against polygamy and the veil despite the strong opposition they encountered, adding that the queen opened the first school for girls in the country in 1921, and “along with her mother founded the country’s first women’s magazine in 1927 under the name Ershad-I-Niswan (or Guidance for Women).”

Time outlined how the second wave of reform led by the Queen also included goals such as increasing women’s education and representation in political life, and raising the age of marriage.

The Afghanistan Online website confirmed all this, noting that Soraya, queen from February 28, 1919 to January 14, 1929, was “an influential figure in not just the Muslim world, but also the entire world.”

“Fond of breaking with tradition”... Soraya Tarzi was “ahead of her time”, entering politics as well as calling for gender equality, the education of women, and raising the age of marriage. After nearly a century of her reign, her ideas have yet to be realized for Afghan women

It added, “Queen Soraya was always by her husband’s side at national events, hunting parties, cabinet meetings, the tents of wounded soldiers during the war of Independence, and even to dangerous, rebellious provinces. She was the first Muslim consort to appear in public with her husband. King Amanullah Khan even appointed her as the Minister of Education in 1926.”

The site stressed that the late consort “was a compassionate queen and worked hard in aspects of women’s rights, and education.” Not only did she encourage girls to obtain basic education, but also sent a number of girls to receive higher education in Turkey.

A “Conspiracy” that Ends Her Rule

After a tour in Europe, the Royals returned to Afghanistan in 1928 intent on modernizing their country. But it seems they moved too fast, colliding with the conservative society, and causing the people to revolt against them. It is believed that sending unmarried girls abroad for education was the policy that provoked the anger of Afghans the most.

Following a year-long civil war, the king decided to abdicate in order to avoid further bloodshed in 1929. They moved to British India for a while before choosing Italy as a self-imposed exile that he died in and his wife followed him eight years later.

To this day, many in Afghanistan believe that the British government had a hand in the overthrow of Amanullah, and that it sought to sabotage his reign by launching a covert campaign of false news against his wife.

“Britain could not afford to see a free and prosperous Afghanistan”... To this day, many in Afghanistan believe the British government had a hand in the overthrow of Amanullah, and that it sought to sabotage his reign by launching a covert campaign of false news against his wife

Afghan historian Habibullah Rafi told Arab News that the British distributed doctored photos showing the queen with bare legs during her European tour, explaining that this was a “shocking sight for many back home.” He added that, “Britain could not afford to see a free and prosperous Afghanistan, lest India, which was under its firm occupation, would have been inspired by such freedom and progress and would have also revolted. This is why Britain did everything it could to undermine the then government, especially the queen.”

Britain was mainly concerned with India, the jewel in the crown of its empire at the time, because of “Amanullah’s increasingly close relationship with the Soviet Union”, especially after Amanullah - to the alarm of the British - signed a treaty of friendship with the Soviets in May 1921.

Today, the former king and queen lie together in the family’s mausoleum in the Amir Shaheed gardens in Jalalabad (eastern Afghanistan), while Afghan women fear for their lives on a daily basis, unable to go out without a burqa or a mahram (male guardian).