Historians do not consent that Tunisia was hostile to migrants, on the contrary, scholars recount how it was a destination for all kinds of peoples from across the world. However, ever since man first resided on North Africa, young people dreamed of life overseas – through legal and illegal immigration.

Tunisia, which continued to attract people during both periods of strength and weakness – as well as during its time of prosperity and even during its decline – has become a main source of illegal immigration to Europe, specifically to the southern regions of the old continent where young people dream of a decent life.

According to data published in January 2021 by the “Tunisian Forum for Economic and Social Rights” (FTDES) on illegal immigration during the ten years following the revolution, 65,657 Tunisian immigrants reached Italy – without taking into account those that weren’t registered or who disappeared – while 42,019 immigrants were arrested. This means that there more than one hundred thousand people who arrived to Europe.

Illegal immigration took off from the southern Mediterranean, especially from Tunisia, towards southern Europe in 1990, after Italy and Spain joined the Schengen Area and imposed entry visas for foreigners wishing to enter their lands, specifically those hailing from North African countries. This prompted young people to brave the sea and its horrors in search of a better life.

However, 70 years ago, the immigration landscape was completely different from what it is today. Europeans were migrating to Tunisia in search of jobs, dignity, and peace, in order to flee from poverty, hunger, and war.

Migration Towards the South... Since the Hafsid Era

In his book “On Tunisian Arab Civilization”, Ahmed al-Tawili mentions that trade between Tunisia and the Occident became active and was accompanied by the relocation of many workers and merchants to reside in Tunisia. This was all thanks to the policy of openness that Al-Mustansir adopted after the failed Eighth Crusade in Africa (Tunisia) in the year 1270 and the signing of a reconciliation agreement between Al-Mustansir Billah Al-Hafsi and Charles d'Anjou (Charles of Anjou). 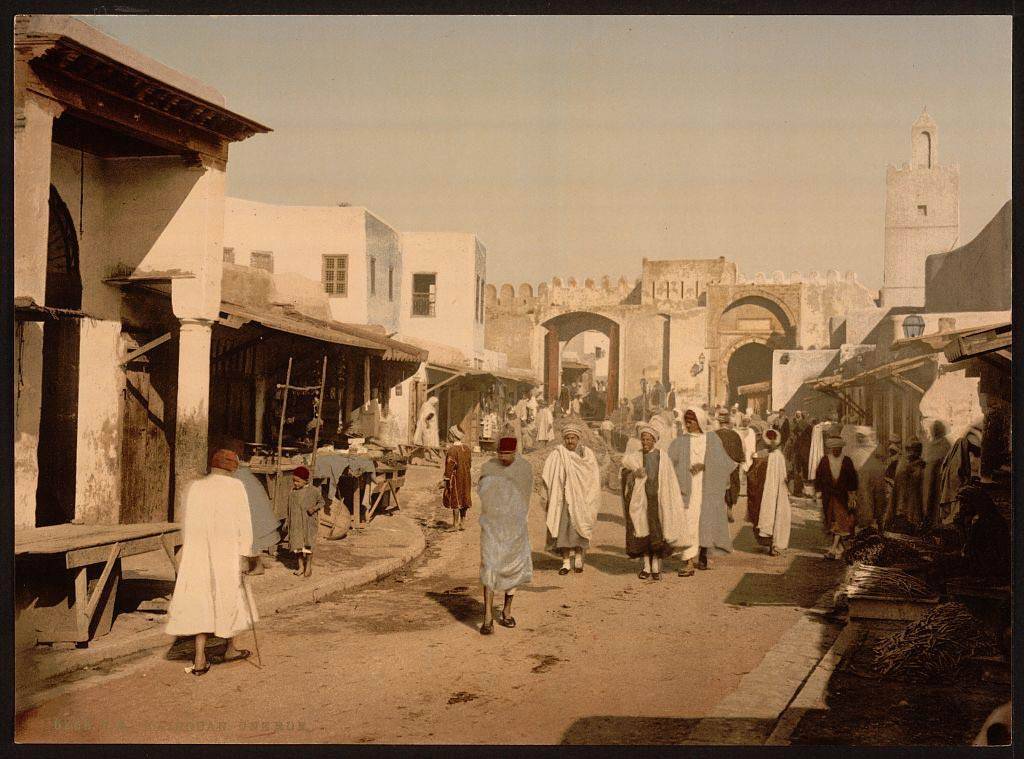 During the Muradid rule of Tunisia, the mountainous city of Tabarka became the main destination of immigrants heading for Tunisia. Then the country saw successive waves of Jewish immigrants coming in from the Italian city of Livorno. The Jewish migrants opted to settle in Tunisia after they had resided for many successive generations in the Italian commercial port city ever since being deported from Spain and Portugal following the countries’ recapture by the Christians.

Livorno Jews left Italy to Tunisia en masse, looking for a better life; Successive generations had settled in Livorno after they were deported from Spain and Portugal by the Christians

For many centuries, the land of Tunisia attracted European immigrants and merchants alike, especially from the south of the old continent, namely Italy, Sicily and France. Migration processes progressed during periods of stability, prosperity and economic recovery, while declining during periods of turmoil. Therefore, some periods witnessed a certain degree of migration, such as that of during the rule of Hammuda Pasha al-Husseini (or Hammuda ibn Ali), as well as during the second half of the nineteenth century – so much so that laws in Tunisia were altered to guarantee the rights of European communities and increase their freedoms, such as the ‘Fundamental Pact’ of 1857 and the constitution of 1861.

Following the introduction of the French colonization to Tunisia, the latter witnessed waves of both legal and illegal immigration, with the number of foreigners remarkably increasing, especially Italians. Meanwhile colonial authorities adopted a strategy to bring in builders in order to establish colonial foundations in Tunisia and seize control of its lands.

The Majority of Immigrants are Workers and the Poor

Immigration from Europe – and especially from Italy – to Tunisia saw a major development with the start of the final quarter of the nineteenth century, with the beginning of the twentieth century witnessing a great boom, during which the number of Italians alone in Tunisia exceeded 100 thousand immigrants.

In this regard, professor at the University of Tunis and historian Abdellatif Al-Hanashi said during his interview with Raseef22 that immigration to Tunisia from southern Europe, especially from Italy, become much more prominent during the era of ‘Khayr al-Din Pasha’ or Hayreddin Pasha (Prime Minister between the years of 1873 and 1877). At the time, immigrants would work in trade, medicine, and handicrafts, and then immigration progressed dramatically after the French colonization. 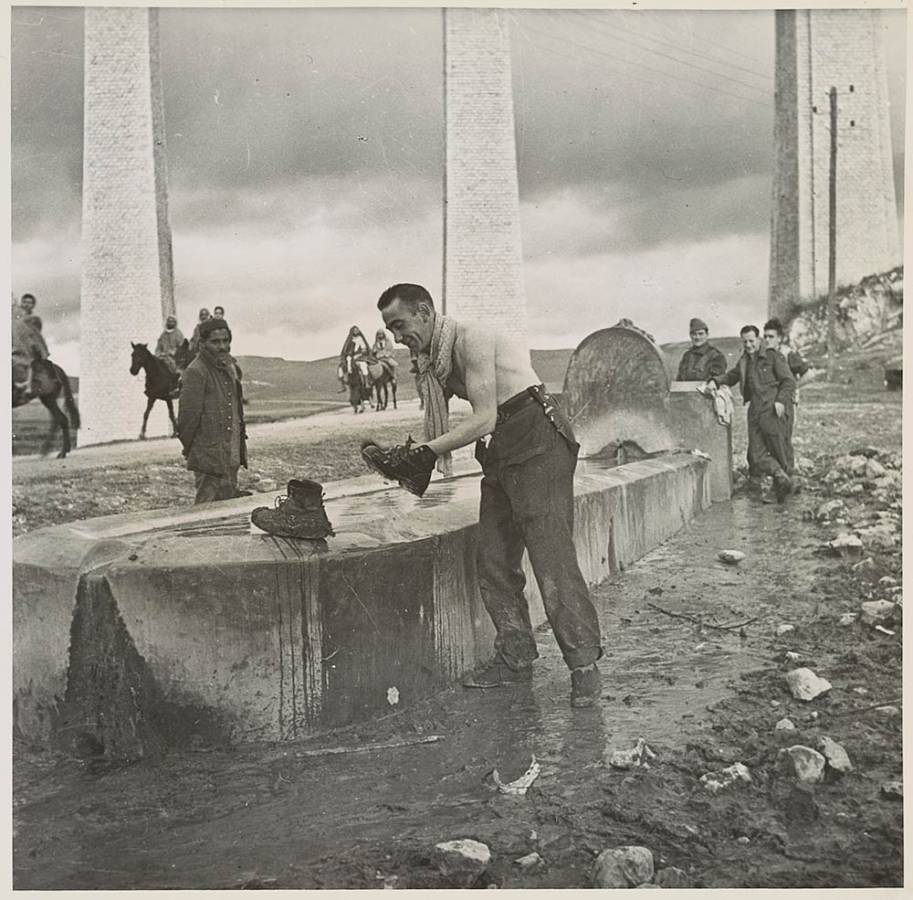 Al-Hanashi pointed out that the legal immigration coincided with the illegal by sneaking across the Tunisian borders, especially through the sea. He indicated that the number of Italians in Tunisia in 1881 – when the French colonization began – was nearly 10 thousand compared to only 700 French immigrants.

According to Al-Hanashi, the migration of Italians to Tunisia became evident following the signing of an agreement between France and Italy in 1896. This allowed for an increase in the number of immigrants headed for Tunisia, indicating that 70 percent of those were toiling laborers who work in construction and agriculture. Most left their homeland due to harsh living conditions such as poverty and destitution as well as the quasi-war that was taking place in southern Italy during that period.

Al-Hanashi said that the Italians who were immigrating to Tunisia were mostly from the poor Italian south, and they would come to work in various fields, especially agriculture and construction. He goes on to indicate that they were treated badly by the French, but naturally it was better than the French treatment of the Tunisians themselves.

The migration of Italians to Tunisia picked up in 1896. 70% of the immigrants were laborers working in construction and agriculture fleeing harsh conditions such as poverty, destitution, and the quasi-war in south Italy

Al-Hanashi also highlighted the progression of the number of Italian immigrants in Tunisia, as the Italians who worked in the industrial sector at the beginning of the twentieth century were about 48 thousand compared to 21 thousand Frenchmen, while in the agricultural sector there were 14,656 Italians compared to nine thousand Frenchmen. 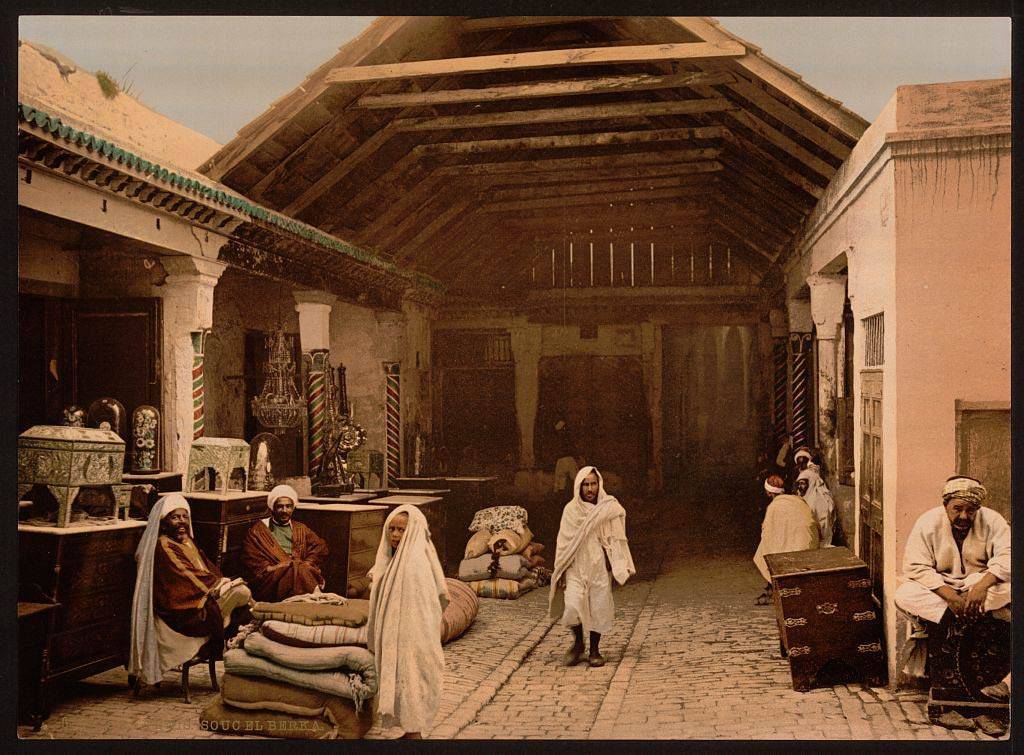 Al-Hanashi referred to many other nationalities who would come to Tunisia, such as the Maltese, the British, the Swedes, and the Greeks, in addition to Arabs from Algeria and Libya in particular.

Between Political Asylum and Displacement

In addition to the social and economic factors, there are several factors that helped in the advancement of Italians’ migration to Tunisia, including the political factor – especially following the rise of the National Fascist Party in the early twenties, and the fleeing of thousands to Tunisia in fear of the Mussolini regime’s oppression.

In this regard, Al-Hanashi said that the 1920s witnessed the migration of thousands of Italians opposed to fascism, which made them travel to Tunisia, noting that French colonial authorities met them with great fear.

Al-Hanashi confirmed that just like the Italians came to Tunisia fearing the fascist regime, so did the communists and socialists, indicating that Italian politicians also fled to the country. The leader of the national movement sought refuge in it in 1860, while Mussolini owned a palace in the Bou Argoub region in the Nabeul Governorate. 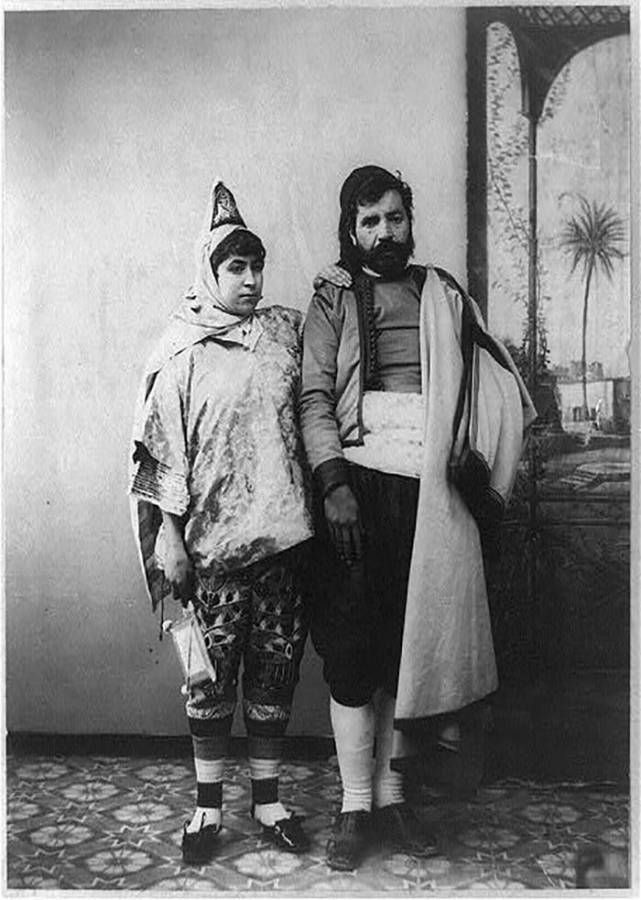 The Tunisian historian affirmed that, after the second World War, thousands of Italians in Tunisia were subjected to exile and deportation to Italy by French colonial authorities, under accusations of participating in the fascist movement. He then pointed out that all their private properties were seized, such as those in the Grombalia region as well as the lands used to cultivate grapes and wines.

In parallel, the French colonization banned Italian communist newspapers in full, and many Italians were placed under house arrest such as the Italians in the Kef province, which housed the largest number of communists. 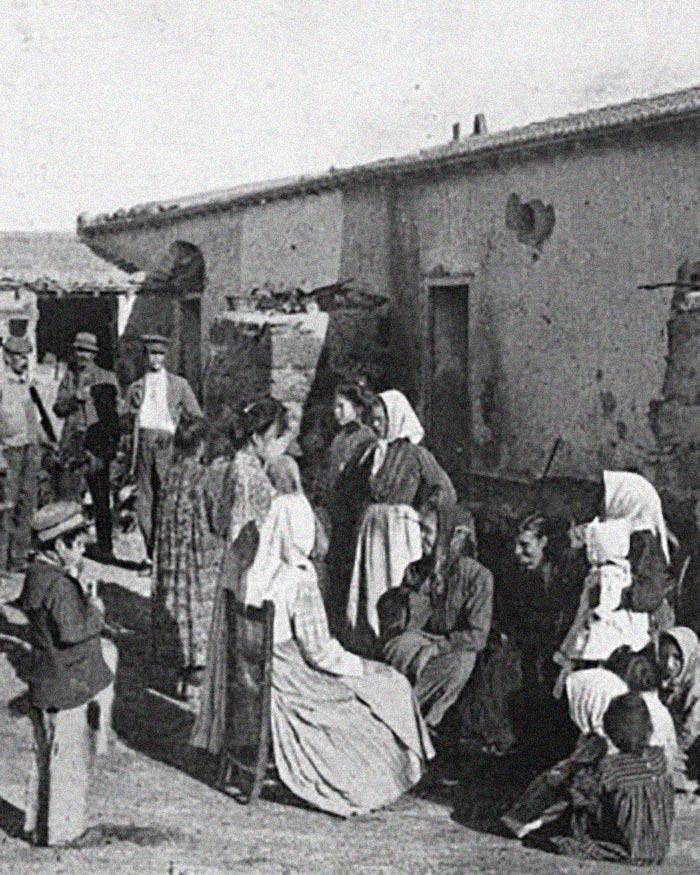 Al-Hanashi stated that the Italians used to publish their own newspapers and had schools, unions, factories and hospitals of their own, such as the one formerly known as the “Italian Hospital” but now has been renamed the “Habib Thameur Hospital”.

We Are Dying of Hunger in Sicily

The article touched on the arrest of illegal immigrants who had come to search for peace, food, and freedom in the Kelibia region of the Nabeul Governorate. It went on to stress that this phenomenon is continuing to take place and there are security and police forces resisting it. 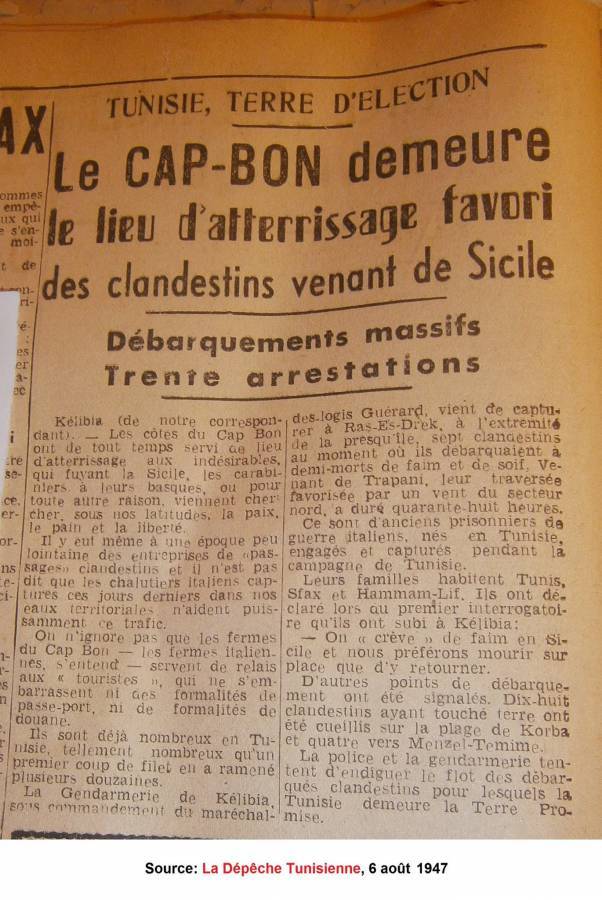 According to the article, the immigrants said, “We are dying of hunger in Sicily and would rather die than return.”

Another article published on November 27th, 1953 (3 years before the independence) in the “Aujourd'hui” newspaper was titled “Threatened by Death and Imprisonment”. It stated that “clandestine tourists from Sicily are traveling 250 kilometers by sea to approach the tribal homeland”, noting that “immigrants brave the sea in search of a livelihood and to escape from the insecure poverty of southern Italy.” 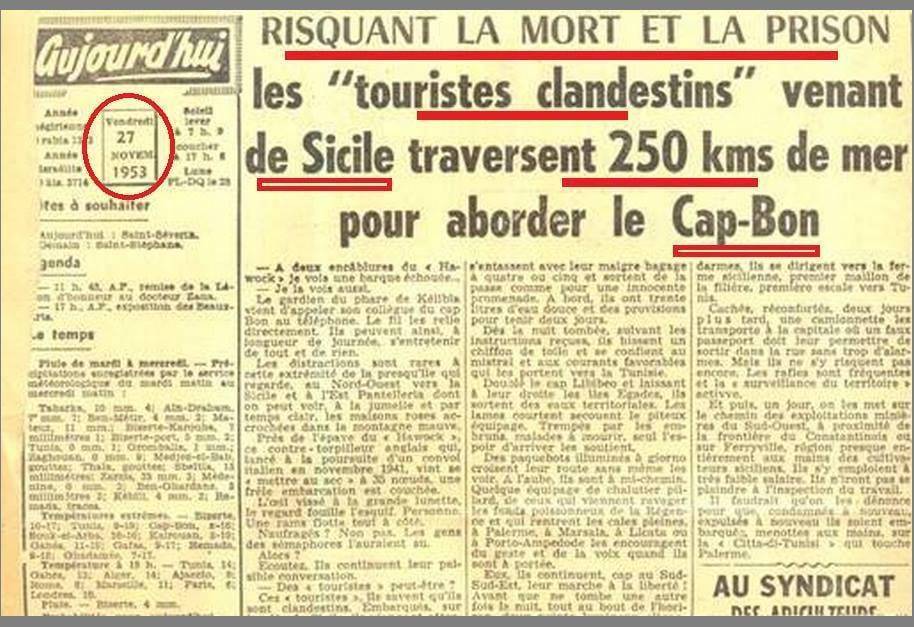 Writers Alfonso Campisi, professor of Romance Linguistics at the University of Manouba in Tunis, and Flaviano Pisanelli, associate professor at the University of Montpellier, mentioned in their book “Memories and Tales of the Mediterranean - Story of the Sicilian Migration to Tunisia Between the Nineteenth and Twentieth Century”, that “at a time similar to that of the current major migration from the south to the north, it can be interesting to re-read a page of the history of Italy that isn’t too well known to most of the public – namely the history of Italians in Tunisia.”

More than 100 thousand Italians arrived on the shores of Tunisia at the beginning of the 20th century after setting off in boats from the coasts of Italy – following mounting destitution, extreme poverty, and high unemployment in south Italy.

Campisi and Pisanelli said that more than 100 thousand Italians arrived on the shores of Tunisia at the beginning of the twentieth century after setting off in boats from the coasts of Italy – following mounting destitution, extreme poverty, as well as the increase in unemployment in south Italy. They boarded boats from the island of Pantelleria heading south to Tunisia in search of work and livelihood, and to escape despair, hunger and need.

The authors added that the Italians “arrived to Tunisia on simple boats from the coasts of Sicily, bringing with them a little of what they had in livestock. They came with the desire to work... in hopes of a better life.”

“These people were builders, farmers, and fishermen, but mostly laborers, for they knew how to build and bring life to entire neighborhoods that would later spread throughout the country,” according to the writers.

The book “La Tunisie Mosaïque” by Patrick Cabanel and Jacques Alexandropoulos also mentioned that the number of Italians in Tunisia has grown, as in 1881 their number reached 11,200 (while the number of Frenchmen was 700), whereas the population of Tunisia at that time was only one and a half million. In 1901, the number of Italians reached more than 71 thousand, then their numbers increased to nearly 94 thousand in 1936 – while the number of Frenchmen at that time was 108 thousand – when the population of Tunisia was at 3 million 783 thousand.