The photos of Egyptian super star actor Mohamed Ramadan with Israeli singer Omer Adam were enough to open the gates of hell on Mohamed, not just from social media users and activists, but also from government-affiliated media professionals, such as tv host Ahmad Mousa calling the photo a ‘Catastrophe’.

Ever since Egyptian president Mohammad Anwar el-Sadat signed the Camp David Accords with Israel in 1978, in an act Arab countries had labeled a betrayal until just a few years ago, dealing with Israel was considered a heinous offense and a mark of shame. 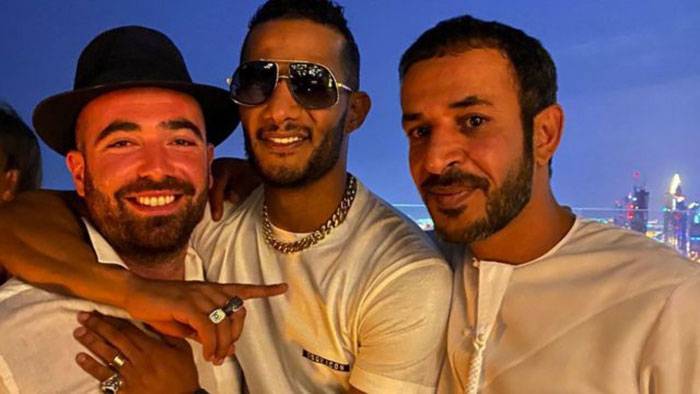 As decades passed, names and stances shifted, and so did Arab capital cities which are announcing one after the other joining the so-called ‘peace’ process they had once condemned. But what no one anticipated was Israeli normalization (‘tatbeea’) shifting from a ‘stigma’ to an ‘obligation’ overnight, with some people calling for laws punishing those ‘impeding’ the normalization process, as well as the end of the condemnation of normalizers across Arab countries… “Oh, how things have changed!”

In a surprise move to many, United States Senators Cory Booker and Rob Portman introduced a bill titled “Strengthening the Reporting of Actions Taken Against the Normalization of Relations with Israel”.

The act calls on the US Secretary of State to “submit to Congress an annual report regarding instances of Arab government retribution” toward those who engage in relations with Israel.

The legislation notes that while some Arab governments positively signal their enhanced cooperation with Israel on a government-to-government level, most continue to persecute their citizens who establish people-to-people relations with Israelis in non-governmental settings, through a combination of judicial and extrajudicial retribution.

So far, some Arab countries continue to hold anti-normalization laws punishing their citizens for cooperating with Israeli individuals. Punishments include jailtime, loss of citizenship, and could even reach the death penalty, not to mention accusations of treachery and treason in government-controlled media, being blacklisted, as well as becoming social outcasts.

The Booker Portman bill will not only require the US Secretary of State to monitor any governmental restrictions on Arab normalizers, it will also filter Arab laws for anything that could be anti-Israeli or against the normalization of relations

The bill will not only require the US State Secretary to surveil and monitor any governmental restrictions on normalizers in Arab countries, but will also work on filtering Arab laws from anything that could be anti-Israeli or against the normalization of relations. Such laws include Egypt’s 1975 law which revokes citizenship from anyone obtaining the Israeli nationality, or Kuwait’s 69 law which deems any dealings with Israel as treason, as well as a number of other laws in various countries moving in the same direction.

The US legislation comes citing a case made by a delegation from the ‘Arab Council for Regional Integration’ during its visit to the French National Assembly in February 2020. The surprising paradox here is that the council includes notable Arab figures such as Egyptian MP Mohammad Anwar al-Sadat and former Kuwaiti Minister of Information Sami Abdullatif al-Nesf.

The question remains: What is the ‘Arab Council for Regional Integration’? And what type of influence does it have that a mere case it made in France prompted US lawmakers to propose a new legislation based on it?

To answer this question, we should take a step back to June 2017, when an anonymous group successfully hacked the email account of UAE Ambassador to the United States Yousef Al Otaiba and leaked its contents to ‘The Daily Beast’. It was said that this hack came in response to the hacking of the state-run Qatar News Agency and the consequent leak of compromising statements made by Emir Tamim Bin Hamad over ‘hostile’ American treatment towards Iran and his country’s support to Hezbollah.

“The region is witnessing unprecedented dramatic transformations. Only a few years ago, no one could dare to publicly voice the word ‘tatbeea’ in a positive context, however today there are those who travel to western capitals themselves to call for the end of the condemnation of normalizers and the eradication of any anti-normalization laws within their countries.”

Apart from the backdrop of internal Gulf conflicts and alternate breaches, our main concern consists of the leaked Yousef Al Otaiba emails containing correspondence between him and former US envoy to the Middle East Dennis Ross. The leaked communication indicated Qatar’s desire to move forward towards normalizing relations with Israel and supporting research centers operating towards the same goals. 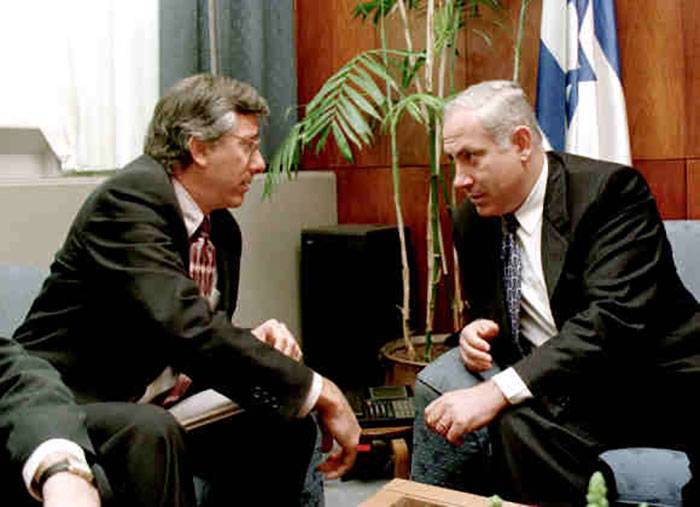 The relevance of US former diplomat Dennis Ross here isn’t just over the fact that he was in charge of the Middle East dossier and affairs and played a dynamic role in the Oslo II Peace Accord; it also lies within his current position as head of ‘The Center for Peace Communications’, which will later play a vital role in the process of normalization.

The Center for Peace Communications

In April 2019, and after more than two years of correspondence between Dennis Ross and Yousef Al Otaiba regarding normalization and peace-making in the Middle East, a new center was founded in London. The facility was dubbed the ‘Center for Peace Communications’, and Dennis Ross was appointed at its head.

The official objective of the center - as declared on its webpage - is: “To resolve identity-based conflicts in the Middle East and North Africa — whether among monotheistic faiths, rival sects, competing ideologies, or opposing national movements.” Of course, there was no clear statement detailing the center’s source of funding, but all indicators point to generous United Arab Emirates financing.

“What no one anticipated was Israeli normalization (‘tatbeea’) shifting from a ‘stigma’ to an ‘obligation’ overnight, with some calling for the end of the condemnation of normalizers across Arab countries, as well as laws punishing those ‘impeding’ the normalization process… Such tidings bring to mind the renowned Arab saying, ‘Oh, how things have changed!’”

A multinational team of scholars work alongside Ross, Two distinct names on the roster are that of Joseph Braude and Mostafa El-Dessouki. Braude, the center’s president, is an American scholar fluent in Arabic, Farsi, and Hebrew, and the author of Reclamation, a book “on how to roll back generations of antisemitic and rejectionist messaging in Arab media, mosques, and schools.” El-Dessouki is an Egyptian journalist and the managing editor of the Arabic news magazine Al-Majalla that prints in London.

The ‘Center for Peace Communications’ has three primary projects:

First: the editorial program, which is responsible for publishing research, articles, and books that reiterate the center’s primary objective.

Second: Jimena Arabic: JIMENA (Jews Indigenous to the Middle East and North Africa) is a San Francisco-based organization established by Jewish organizers in 2001, devoted to invigorating Jewish cultural and societal projects in the MENA region.

Third, and perhaps most pertinent to our discussion, is The Arab Council For Regional Integration: The Arab council was first announced at a conference in London in November 2019, in the presence of around 30 Arab actors from 15 Arab countries, as well as a number of public Israeli figures. During the conference, the council’s objectives were defined and mainly gravitated around “promoting a spirit of partnership” that doesn’t exclude any country - including Israel - from collaborative endeavors in the MENA region. 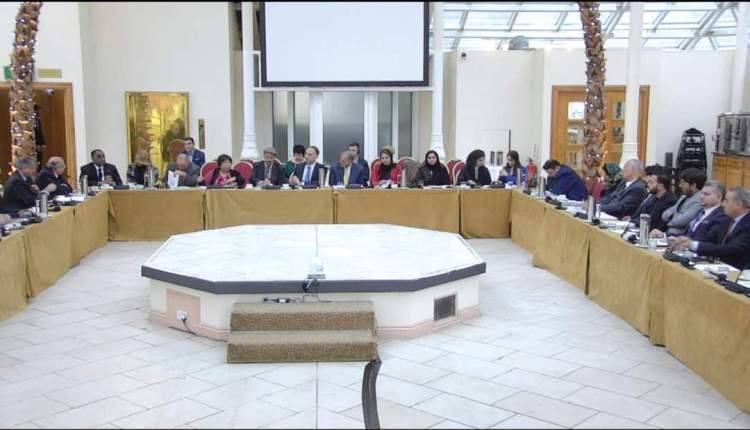 Among the most prominent Arab figures to chair the council are Kuwait’s former Minister of Information Sami al-Nesif, as well as Egyptian MP Mohammad Anwar al-Sadat and Algerian journalist Sami Baaziz.

The Council’s Initiative to Protect “Peacemakers”

A delegation from the Arab Council for Regional Integration headed to Paris, where its members made their case to the French National Assembly and announced a new initiative that calls upon lawmakers to provide legislative protection for Arabs pursuing relations with Israel from any repercussions, and to address so-called “anti-normalization laws”. They were successful in rallying the support of 16 French MPs, who issued a statement expressing their full support for the initiative.

Only a few years ago, no one could dare publicly voice the word ‘Normalization with Israel’ in a positive context, today lobbyists travel to major capitals calling for the end of condemnation of normalizers and eradication of any anti-normalization laws

This proposal in particular is what US Senators Cory Booker and Rob Portman cited in order to propose the bill that would require the US Secretary of State to surveil any governmental restrictions against those engaging in Israeli relations in Arab countries and weed out any anti-normalization laws.

No one can predict what could happen to this legislation, especially with a new US administration set to take the reins in the near future. What is certain, however, is that the region is witnessing unprecedented dramatic transformations.

Only a few years ago, no one could dare to publicly voice the word ‘tatbeea’ in a positive context, however today there are those who travel to western capitals themselves to call for the end of the condemnation of normalizers and the eradication of any laws against normalization within their countries.. As the Arab saying goes; “Oh, how things have changed!”

Inside The House of Michel Aoun: A Feuding Dynasty