Siham Aidan was scouring the trash in a landfill in Baghdad, as she often does, salvaging whatever can feed her family, when a catastrophic mistake brought an end to her life.

The woman’s tragic destiny, nay, the authorities’ negligence and corruption, brought an end to her search when she was accidentally buried alive, in a new tragic incident that hits Iraq.

Hoping to find scrap that she could sell in order to provide for her family, Siham rushed after municipality trucks that carried trash into the al-Nubaai landfill, north of Baghdad, a few days ago. Failing to see that she was right behind their truck, workers from the Municipality of Baghdad, the authority responsible for collecting trash in the Iraqi capital, began to unload their cargo. 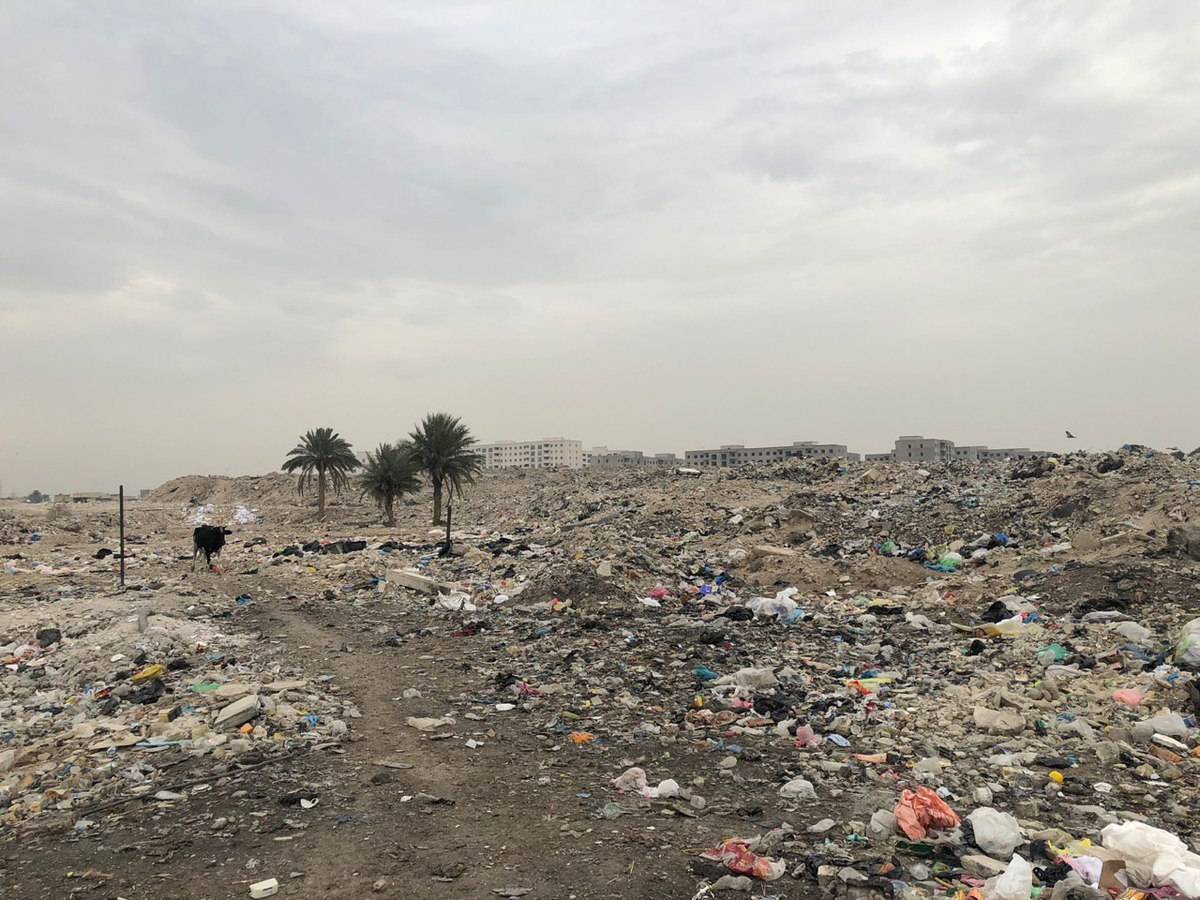 Siham died at 32, trying in vain to catch a breath below the piles of waste pouring on top of her. She died, as she had lived, in trash.

Unaware of what they have done, the workers wrapped up and left the place.

Five days until the body was found

The tragedy does not end here: the incident was not discovered on the same day. Siham’s absence prompted her family to search for her in the landfill themselves, with no help from the authorities. The search went on for five days before the body was finally found on February 15. 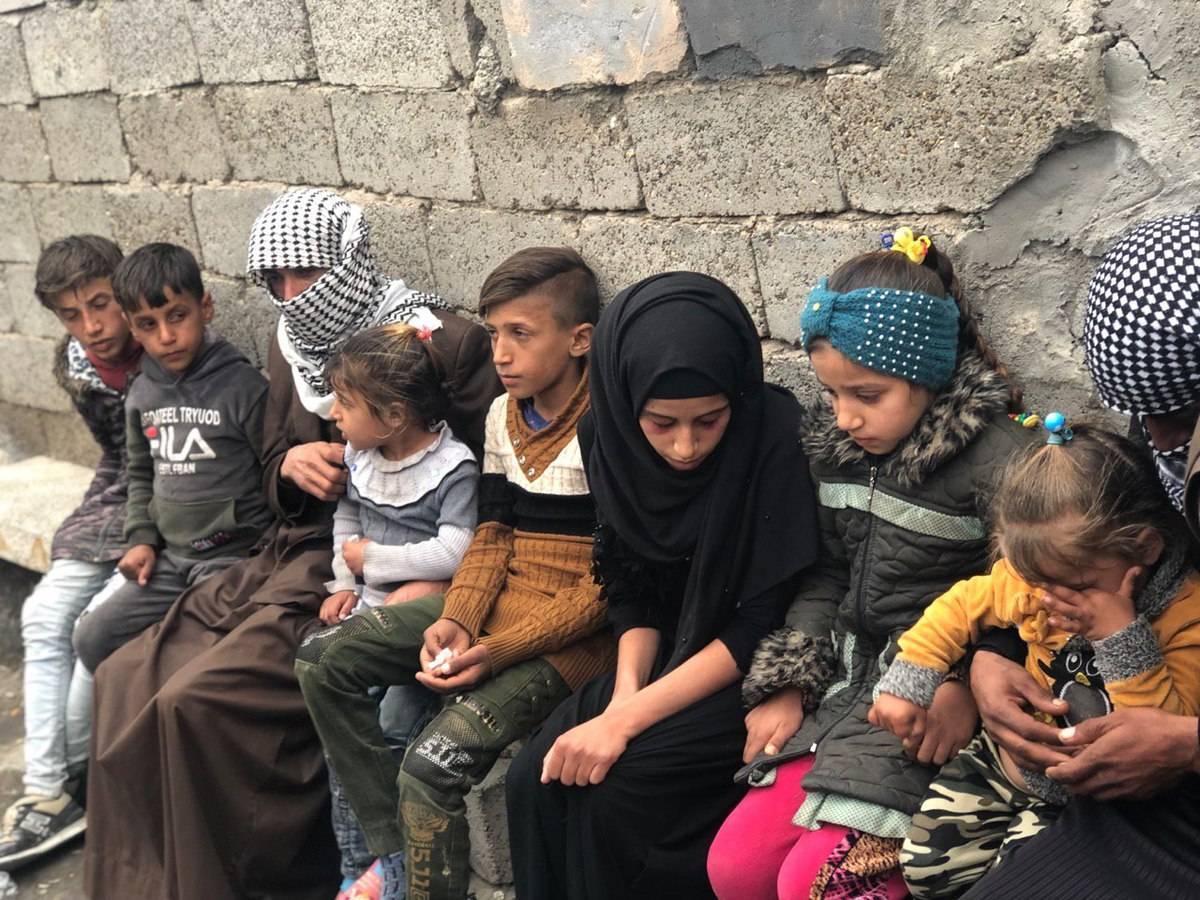 “When we went to the police, the authorities did not cooperate with us,” Siham’s family said. “But three policemen came to her house and asked to inform them when we find the body.”

Reports indicate that the average income in Iraq has been decreasing, and that some people earn less than $600 a year. They also show that the poverty rate has increased to 25% and the unemployment rate to 30%.

A heartbroken and choked-up Nassir Shnein narrated the story of his wife’s death to Raseef22:
“After a three day search, I found my wife buried under piles of garbage. No one offered us any help; the authorities ignored our calls and refused to help us find her.”
“My wife and I would go every day to the landfill, because of the poverty that we struggle with and because the state does not provide us with any source of income” Shnein said. “We live off what others throw away.” 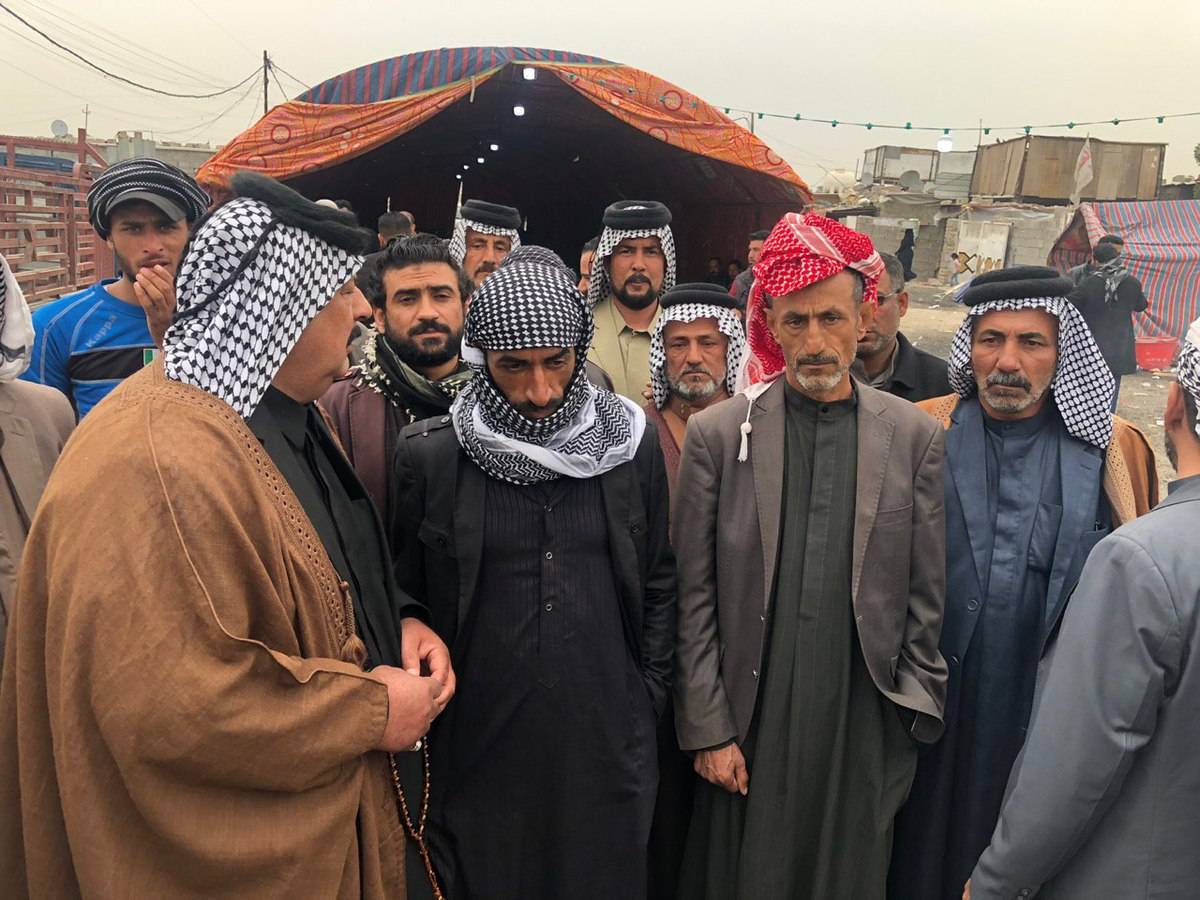 Shnein did not have enough money to rent the excavators that helped him find Siham’s body, but residents of al-Nubaai did not turn their backs on him as the government did, and assisted him in the five day search.

Siham died, and her widowed husband could not even afford to print an obituary commemorating his wife’s death.

An attempt at misleading?

The cause of death was not specified in the death certificate.

Hussein, a relative of the victim, accused the authorities of trying to mislead them, saying that they have “ignored our calls.” 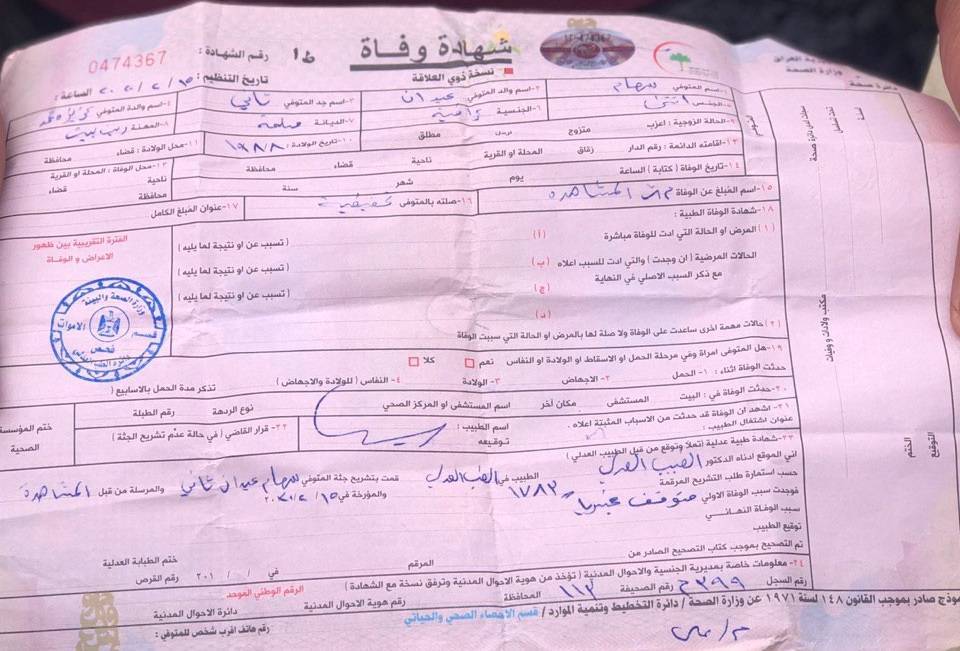 “An Iraqi human has become so cheap in the eyes of the authorities. Had this incident occurred in another country, how would this case have been handled?” The 21 year old wondered.

The victim’s family, who holds the Baghdad Municipality responsible for the incident, and is now demanding that the concerned authorities launch an urgent investigation.

Iraq is mired in poverty and unemployment, once a rich oil state with the highest education and living standards in the Middle East, corruption and negligence have forced many Iraqis to scour trash dumps for food.

Siham used to earn 10,000 dinars a day, a small amount of money, equivalent to approximately $8. Her untimely death left her seven orphaned children in dire poverty. 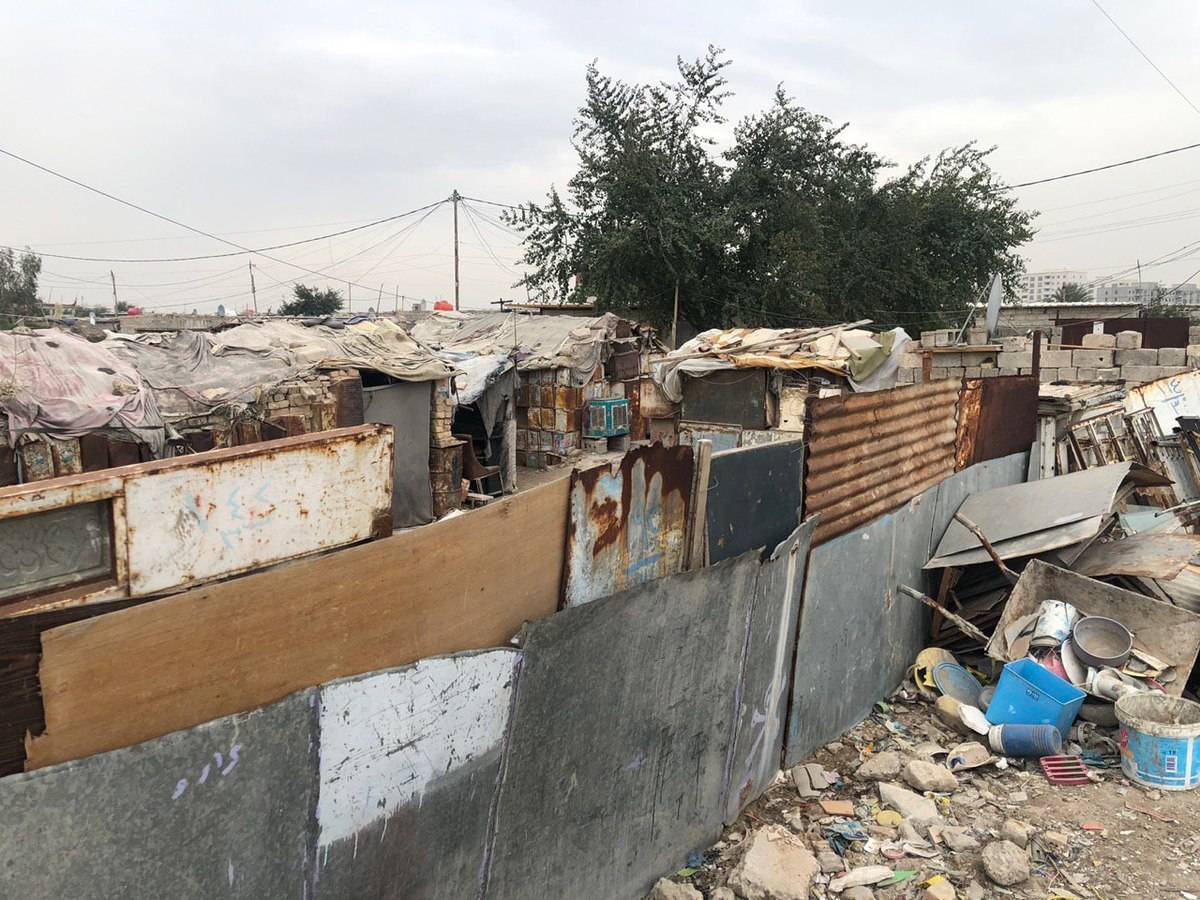 8 million Iraqis are under the poverty line

Reports indicate that the average income of Iraqis has been decreasing, and that some people earn less than $600 a year. They also show that the poverty rate has increased to 25% and the unemployment rate to 30%. Statistics point out that more than 8 million people live under the poverty line, in a country that is home to 40 million inhabitants and enormous oil resources.

Scouring the trash is commonplace across Iraq; families in their entirety go to landfills on a daily basis, looking for scrap that they can sell.

Siham and her family, like so many others, are victims of the widespread corruption and negligence in Iraq. The deceased’s family is now calling for help, hoping to be rescued from their catastrophic reality, to get a chance at a decent life, and to uncover the circumstances of Siham’s death.