In 1889, young American Protestants gathered in a church in New Brunswick, New Jersey and agreed to start a Christian Evangelization organization in the Arabian Peninsula, and launched the "Arab American Mission". The founders, followers of the Dutch Reformed Church, justified their choice of this region by the fact that Christianity at its inception was widespread in the region and it is only right for the Christ to take it back.

Before the “Arab American Mission”, the region witnessed several individual and unorganized attempts at proselytization beginning with the English priest Henry Martin in 1811, when he translated the Bible into Arabic and tried to sell copies, according to researcher Abdul Malik Khalaf Al-Tamimi's book “Evangelization in The Arabian Gulf: A Study of Social and Political History“. 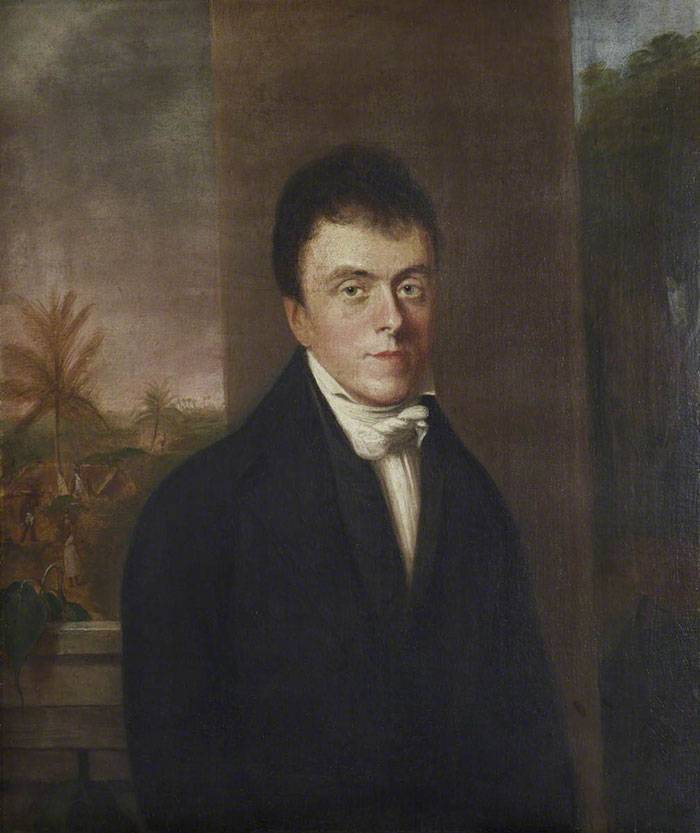 In 1834, pastor John Wilson of the Scottish Protestant Church sent a Bible street vendor to the Arabian Peninsula. In 1848, the American Foreign Mission Corporation prepared a new Arabic translation of the Bible, then Reverend Stern made a missionary trip in 1856 to Sana'a, Baghdad, and other Arab cities carrying the Bible with him. In 1884, the English priest William Lytle, accompanied by his wife, began a missionary campaign in Medina. 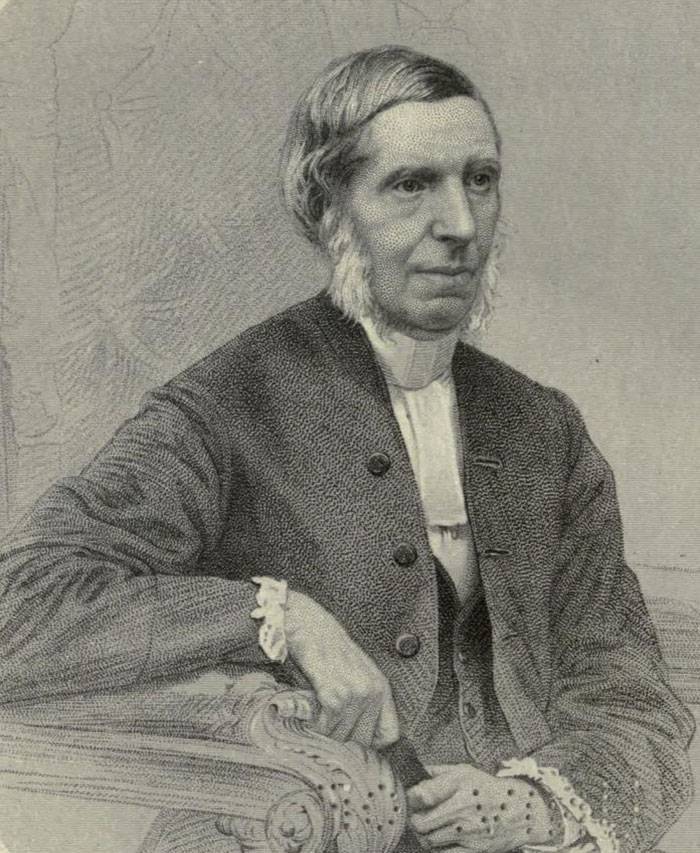 Returning to the "Arab-American Mission", they tried to avoid the mistakes of previous attempts at missionary work. In October 1889, James Cantine - one of the founders - travelled to Syria and from there to Cairo, then Aden to choose the appropriate places to start the mission, the missionary Samuel Zwemer joined him later on. 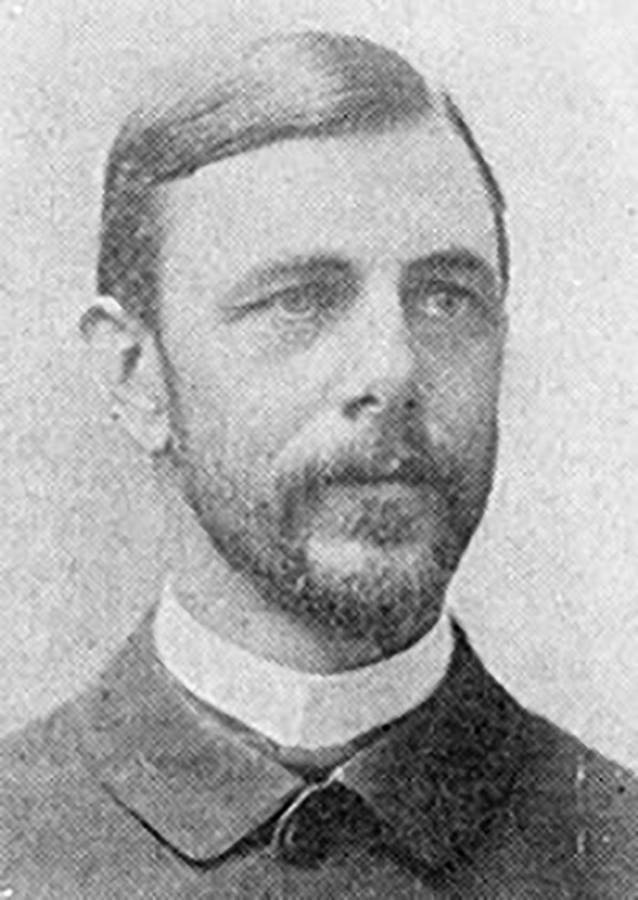 During these visits, the missionaries stayed in Beirut for a few months to gather information and study the Arabic language, according to Khaled Al-Bassam in his book "Chit Chat Over the Tigris: Tales of Christian Evangelization in Iraq 1900-1935".

Because of its strategic location, which facilitates access to the Gulf region and the depths of the Arabian Peninsula, as well as its missionaries enjoying the protection of the American consulate there, the city of Basra in southern Iraq was chosen as a mission centre.

Education and Medical Services in Bahrain

After the Mission opened its centre in Basra in 1891, it began to enter the Gulf and started from Bahrain, where it set up a branch in Manama in 1892.

According to Emad Jassim Hassan in his study "The American Arab Mission Activity in Bahrain 1892-1939", two people in the mission operated as doctors and they arrived with their wives in addition to two other unmarried women, accompanied by seven Arabic-speaking assistants whose task was to facilitate dealing with the local population.

The mission did not waste time, it established the first modern western-style education school in 1892, followed by several other schools, one of which was reserved for girls, but the number of pupils remained small due to parents ’concern about their children's converting their religion, as the daily program of study usually started with Christian prayer and reading the Bible. In addition, the educational curriculum included a special Bible teaching lesson along with English, Arabic, geography, history and numeracy lessons, as Hassan recounts.

At the turn of the 20th century, most Arab countries lacked health care and relied on folk medicine, Christian missionaries used health services as a mean to enter the fabric of society and encourage locals to attend their schools which had bible studies.

After 85 years of missionary activity in the Gulf, the Dutch Reformed Church decided to put an end to its work there in 1973, and since then, each missionary institution has been managed locally, and its relations with the Church have become a formality.

Because Bahrain lacked doctors and relied on folk medicine, the missionaries found a means to achieve their goals, so they provided health services through the health dispensary that was opened at the mission headquarters, as well as through hospitals that they established in successive periods such as Theodore Mason Hospital in 1903, and Marion Wales Memorial for Women and Children in 1926. 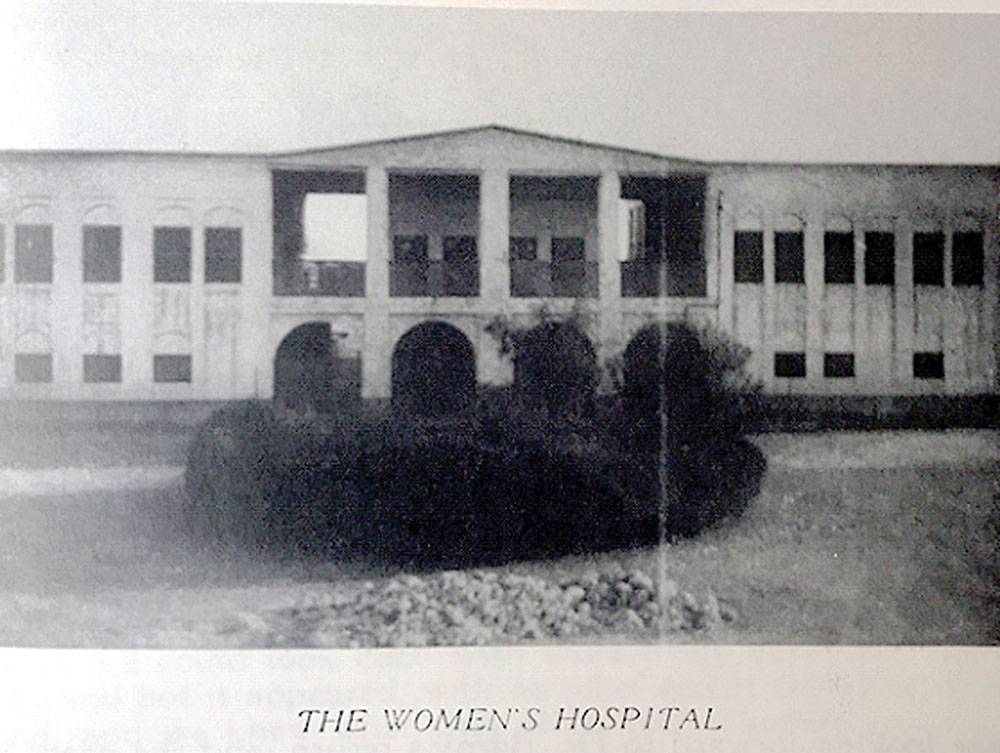 Al-Tamimi describes how the mission exploited their medical activities in their proselytizing, whether in Bahrain or the areas that it went to after that. The doctors would proselytize and so would their assistants and the priests that would sit among the sick and read verses from the Bible. The patients would listen silently during the reading and catechism that would follow after, and usually, prayers would follow the readings. 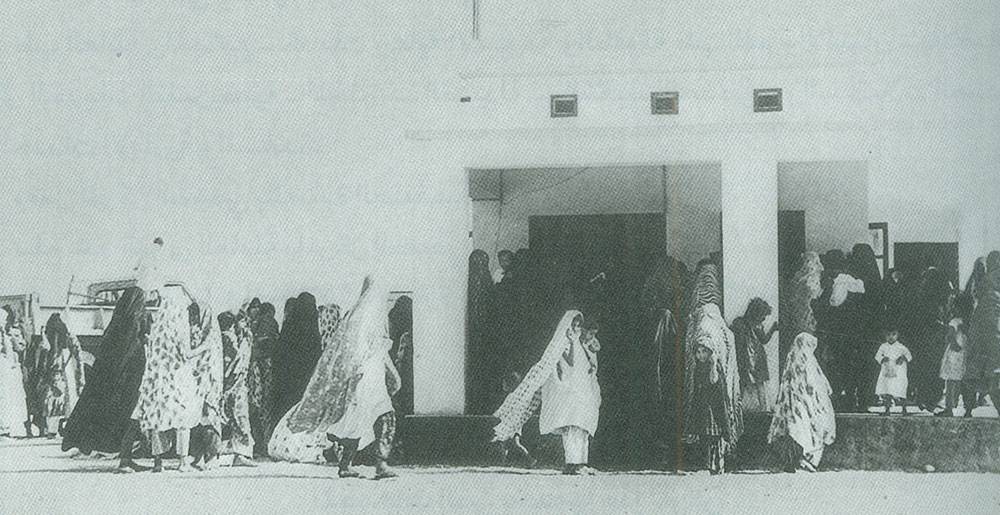 Often missionaries visited patients in their homes, and they talked about various topics related to their lives and situations, and gradually they moved to talking about religion.

Converting Slaves in Muscat to Christianity

After they settled in Bahrain, missionaries moved on to Muscat at the southern end of the Arab Gulf, and capitalized on the presence of the American Consulate to increase their activities.

According to Al-Tamimi, in 1896 the Reverend Peter Zwemer established the "Freed Slaves" to teach the children of slaves that the English naval fleets had brought in and Zwemer volunteered to care for them with a view to converting them to Christianity.

In 1908, the mission completed the construction of a school that bore Peter Zwemer name, part of which was used as a hospital.

For many years, the educational services provided by the mission in Muscat was limited and unsuccessful, because the work was in the hands of missionaries responsible for other tasks and they were not dedicated to providing education due to the small number of the members of the mission.

Kuwait: Opposition Then An Embrace

Attention then shifted to Kuwait, which the missionaries had previously visited in 1900, and then in 1903, when they opened a bookshop to sell the Bible, but the then ruler of Kuwait, Sheikh Mubarak Al-Sabah, ordered them to shut down the book shop and leave the country. 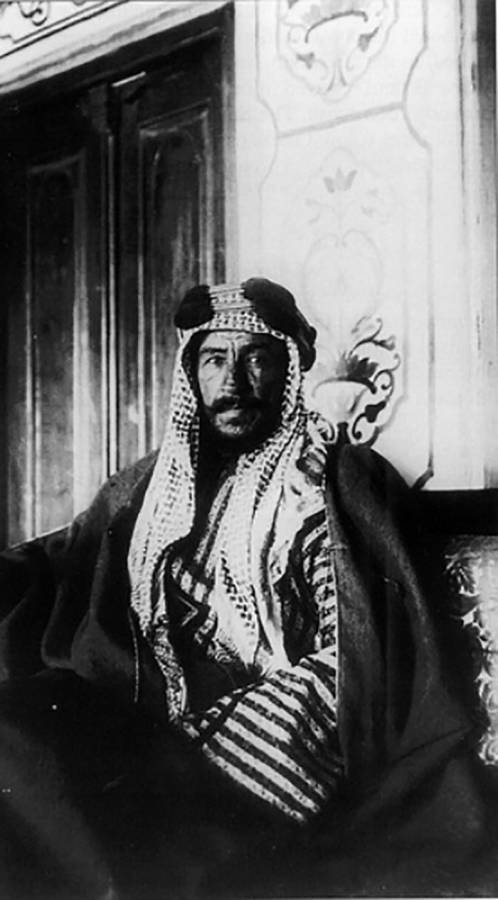 The official opposition to missionary activity in Kuwait continued until 1910, when Mubarak al Sabah, during a visit to Basra, asked Dr Bennett to come to Kuwait to treat his daughter, and because of the doctor’s successful treatment, Mubarak asked him to stay in Kuwait and practice medicine there.

The Missionaries did not miss the opportunity, they acquired a plot of land and built a hospital in 1914, and then opened another hospital in 1920 dedicated to women bearing the name of one of the mission’s friends, Kate Alcott.

Parallel to this, missionary Edwin Calverley opened a school but was met with strong religious opposition. According to Al-Tamimi, Calverley used to take children to pray weekly on Sunday in the church and taught them Christian basics and gave each student a translated version of the Bible to take to his parents at home, and this led to the parents taking their children out of school.

Due to the geographical proximity between Bahrain and Oman on the one hand, and the Emirates, on the other hand, the latter has become subordinate to the two stations which supervised it.

Fatima Hassan Al-Sayegh mentioned in her study "The Trucial Coast in the Writings of the Victims," ​​that Samuel Zwemer visited Sharjah in 1900, and he talked with the people about Christianity and medicine and gave them medicine even though he was not a qualified doctor, then he went to Dubai, Sohar and Al Buraimi. After that, the missionaries visited Ajman and Ras Al-Khaimah. 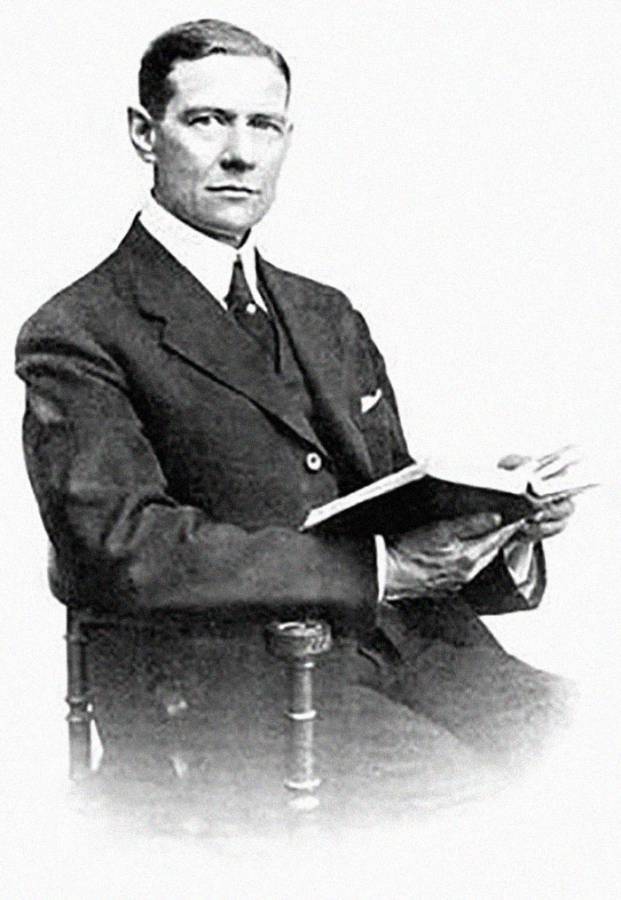 Al-Sayegh reports that in 1918 the mission sent letters to the region's elders, informing them of their willingness to send qualified doctors to provide medical services to the people. The response came quickly when Abu Dhabi’s Sheikh Hamdan bin Zayed (1912-1922) asked the missionary doctor to treat his uncle from a stroke that kept him in bed. The mission sent him Dr. Paul Harrison, who was warmly welcomed and spent a week in the Emirate during which he treated hundreds of patients.

This triggered the fears of the British who were controlling the coast of the Gulf and interpreted it as a rapprochement between the sheikhs and the American government, especially since the region was on the verge of an oil boom, the British government quickly imposed severe restrictions on the movement of missionaries.

Missionaries visited Qatar several times before obtaining permission to work there. In 1945, Reverend Van Persium and Doctor W.H. Storm went on a medical missionary trip to Qatar, and they were asked to check the blood pressure of the ruler, Sheikh Abdullah bin Jassim Al Thani in his palace, and during the visit, the ruler asked them to come to his country to open a hospital and medical clinics and promised them that he would build them a hospital. In the fall of 1947, the hospital was ready to operate. 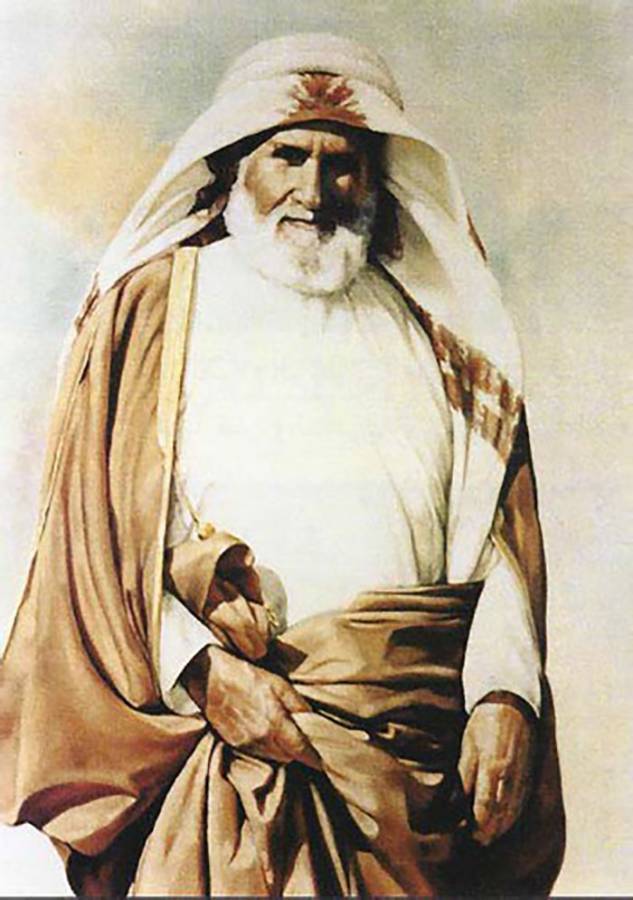 According to Al-Tamimi, the medical services in the country could not be sustained for long. In 1952, the mission was forced to stop working in Qatar due to a shortage of medical staff, and the hospital was returned to the Qatari government.

Despite the successive missionary trips to treat members of the royal family, missionary activity remained restricted to medical service, and the mission did not succeed in obtaining approval to remain inside the Arabian Peninsula permanently and to establish fixed facilities that could lead to the opening of new missionary stations.

After 85 years of continuous missionary activity in the Gulf, the Dutch Reformed Church Conference that was held in March 1973 decided to put an end to its work and that of its affiliated institutions, and since that date, each missionary institution has been managed locally, and its relations with the Church have become a mere formality. The latter is no longer officially responsible for its financing.

Although the church has not announced the justifications for making such a decision, it is likely that the mission's failure to achieve its main goal, the spread of Christianity, is the reason.

According to Al-Tamimi, the number of people converting due to missionary work is not more than four. The first is Easa Al-Dawi and he is from Al-Ahsa, but he converted to Christianity in Kuwait in 1925 after his treatment in the Missionary Hospital from a serious illness, and the second is Marash bin Bilal in Muscat and he passed away at the end of 1930. The third is Mrs. Khairia Haidar who was of Persian origin and came to Bahrain with her husband after the First World War in search of work, and endured difficult economic conditions and was attended to by the mission, and the fourth from Oman, He came to the missionary hospital in Muscat and told missionaries that he believed in Christianity, but the sources omitted to mention his name.

Al-Tamimi attributes the missions’ failure to achieve their goals to several reasons, including the nature of the tribal life with its customs and traditions that posed an obstacle to converting to Christianity, in addition to the strong Islamic faith and the geographical proximity to the holy sites of Islam encouraged them to stand firm in their faith.

The political conditions were also unfavourable. Since the mission began its activity, the conflict between the British and Turkish authorities was mounting and the First World War broke out, and in the twenties and thirties of the last century, the Arab nationalism began to form which opposed Western powers and demanded political independence, then the Second World War broke out, and  The Palestinian problem erupted then the exploitation of oil began to completely change the situation in the region, and all of this had a negative impact on missionary activity, according to Al-Tamimi.

In addition to the above, the missionaries did not fully know the Arabic language, and this negatively affected their ability to persuade the local populations, who believed that these people had come to help them medically and educationally, so they did not care about whatever else they were offering and considered it an incidental matter.