The Ukrainian embassy in Lebanon has recently sent a strong-worded message to Lebanon's OTV TV channel (affiliated with Lebanon's president Michel Aoun and his Tayyar party) condemning statements made by journalist and writer Scarlett Haddad on Wednesday on one of the network’s shows – whereby she mocked Lebanese protesters and sarcastically posed the question of how many Lebanese and Ukrainian women participating in the protests could end up pregnant. The embassy called on the television channel to apologize for what it considered an insult levelled at Lebanese and Ukrainian women.

The next day, Lebanese musician Samir Sfeir attacked a reporter for the Lebanese MTV network, as she was carrying out her professional duties covering the protests, calling on her to stop her immoral "debauchery" and "prostitution" – a term Sfeir used to describe all protesters against the current government.

It seems that the supporters of dictatorships possess only one way of thought, deploying ready-made clichés to insult all those who disagree with them, as well as those who want to be free or even attempt to strive for that freedom – not least the women amongst them and those who work in the field of politics or political journalism. We had already experienced this trend during our experience in the Syrian revolution, which was repressed with unbridled criminality.

Like Egypt's and Syria's before them, Lebanon’s old guards resort to shaming women who participate in the revolution, calling them “whores keen on free sex and pornography” in an effort to crush the uprising. #LebanonRevolts #WomenPower

How do you crush a revolt against corruption and patriarchy? Call women “whores who want to get pregnant” and chances are many women will not join the protests fearing the stigma in a male dominated society. #LebanonProtest

In addition to accusing the peaceful protesters of acting as agents for foreign agendas at the beginning of the revolution, us women who participated in peaceful protests calling for the downfall of the Assad regime were also described as "whores" and "prostitutes." Some of the supporters of the regime used to say that the "freedom" we called for was in reality the freedom to be nude and practice sex on the streets – a charge levelled even by the inhabitants of some cities that claimed on the surface to be more 'liberal' and progressive than others.

Indeed, those same supporters of the Assad regime who accused us of being "prostitutes" and supported the killer and his mass-murder conducted against us – even when the revolution was still peaceful and not militarized –are now ironicaly praising Lebanon's revolution (that deserves all respect and support) and celebrated the participation of ("great") Lebanese women – at the same time as they accused us of immorality.

Here, I want to discuss only this aspect: "whoredom", "sex" and "prostitution" – without delving into the other channels used by the regimes to repress their opponents, starting with verbal repression and ending with murder.

The opponents of Lebanon's protests were only able to resort to this accusation of "prostitution" and "selling ourselves" to condemn the protests, as the protests have been clearly peaceful, non-sectarian and not led by any political parties; in other words, a pure revolution so far that cannot be vilified on any other grounds. Thus, the only remaining outlet to criticize it is the ultimate taboo: sex.

The statements of Scarlett Haddad – herself a "woman" who ought to support her gender in its struggle, and supposed to be fully aware of the grievances Lebanese women face in the injustice they are subjected to – ironically arrived on a television channel that claims to be 'open' and 'liberal' yet which in reality speaks on behalf of its own segment of society counterpoised to the rest of the Lebanese people. Haddad's statements were reiterated by one of her guests, who claimed that the protests in Lebanon's various squares were nothing short of "pornographic." Yet even the president – whose political movement is affiliated with the television channel – did recognize the protests and the people’s justified grievances, even if he was forced to do so.

It is the same methodology that is used by every dictator, through the words of his security forces, agents and supporters. It was one of the most favored methods resorted to by the Egyptian regime during the reign of Mubarak (and al-Sisi) to humiliate the protesters; monitoring them and accusing them of practicing adultery or being homosexuals (as well as other charges) – photographing and filming them where possible to attempt to blackmail the protesters, and then releasing the videos on the internet in a degrading manner; this is because these regimes know that Arab society has its own public red-lines (albeit many which are crossed in private), and the shaming of those who are “exposed”. 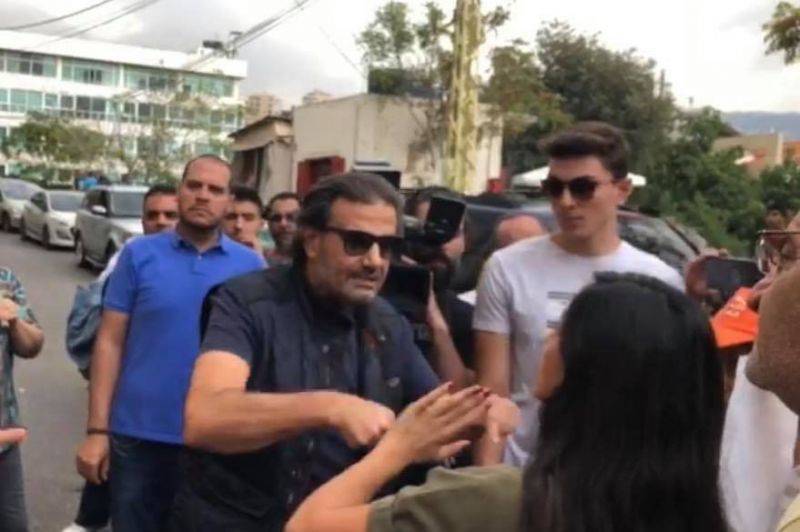 Bashar al-Assad and his security apparatuses directed the same charge at their opponents, even though the regime claims to be secular. The regime attempted to humiliate its opponents by raping their daughters in front of them or stripping them nude, even forcing the father to strip nude in front of his daughters. "Sex Jihad" was a common claim made by pro-regime television channels – even before the rise of ISIS or the proliferation of Islamist factions.

At the same time in which the regime directly and indirectly feeds the narrative of "honor cases" through its security personnel and religious clerics – allowing some of its citizens to become criminals by charging them with "honor crimes" which have not been amended – the regime turns a blind eye to poverty, hunger and corruption, as well as the trafficking of women and children, and indeed, the organized networks of prostitution which can often be sponsored by these very dictatorships themselves.

Solidarity with the victims of this discourse, and altogether rejecting it, is one of the solutions to the problem, in order for the dictatorial regimes and their supporters to stop spreading these rumors and fabricating these charges – which are not supposed to be present in the 21st century, as it is not necessarily the case that there is a relation between the sexual lives of people – and especially women – and their work and opinions. Ultimately, the sorely-needed change will inevitably arrive, removing all of these Arab presidents and kings, sooner or later.