According to the UN, food wastage is the third most dangerous source of greenhouse gas emissions (8 to 10%). While food waste is a worldwide crisis, it has gone too far in the Arab countries, where social customs such as “generosity” and “exaggerated banquets” are largely promoted.

The UNEP Food Waste Index for the year 2021 revealed that about 900 million tons of food in the world end up in waste bins annually, which is equivalent to 17% of food intended for consumption.

Saudi Arabia and other Arab countries, including Iraq, were among the world’s most food wasting countries according to the Index, knowing that there are no accurate and clear figures for the amount of food wasted in the Arab region, as governments show no interest in this issue.

In parallel, food insecurity is one of the main crises threatening the planet and its inhabitants, along with climate change, the loss of nature and biodiversity, as well as pollution...

In light of this alarming situation, innovative solutions have emerged, aimed at tackling the problem of food wastage. One of these solutions is the Makelti application for smart food solutions, a project that seeks to “digitize the canteen system” in large companies and institutions to reduce wasted food and time for employees in canteens.

Regarding the nature of the application’s work, the founder and director of Forward Development consulting firm, Sami Mehiaoui, the brains behind the application and its developer, told Raseef22 that the project aims to facilitate the preparation of only the necessary number of meals, according to the number of employees.

He continues, “We link the employees, cook and top manager through a mobile App where the employee can reserve a meal and a pickup and eating slot and time to determine the exact number of dishes to prepare, so as to cut down on food waste and the other canteens inefficiencies by reducing the time and effort wasted in preparing excess meals and avoiding them turning into waste in the end.”

Makelti is based on field studies conducted by its creators. After following up on the work of 50 canteens in Algerian and British companies, it was found that “30% of food is wasted” because of “the lack of a vision or system for following up on the budget of canteens,” as well as the lack of information on the waste of food, time and effort in this process in light of the “lack of criteria for evaluating canteen  service.”

The field study discovered various reasons for food waste. It became clear that one out of every 10 employees does not eat his meal due to absence from work, being out on training or external work assignments, or the increased work pressure and lack of space to eat, as well as other reasons.

Furthermore, 20% of the time allotted to eating a meal is wasted in queuing or looking for a place to eat it.

Makelti in Algeria, theOtherForest in Lebanon, and ABC KIDS in Libya... Local projects that address global crises in smart and innovating ways

Launched in 2019, the app allows you to rate the meal and report any issues. It is currently available in Algeria only, with plans to expand in the Maghreb region and the Middle East, as well as in Europe, according to Mehiaoui.

In 2021, children’s educational projects, including advanced languages ​​and technology schools, are no longer surprising. Not in Libya, though, in which a decade of continuous civil war and tribal strife has exhausted its educational sector and destroyed dozens of schools, turning them at times into “weapons and ammunition depots” or “battlefields”. 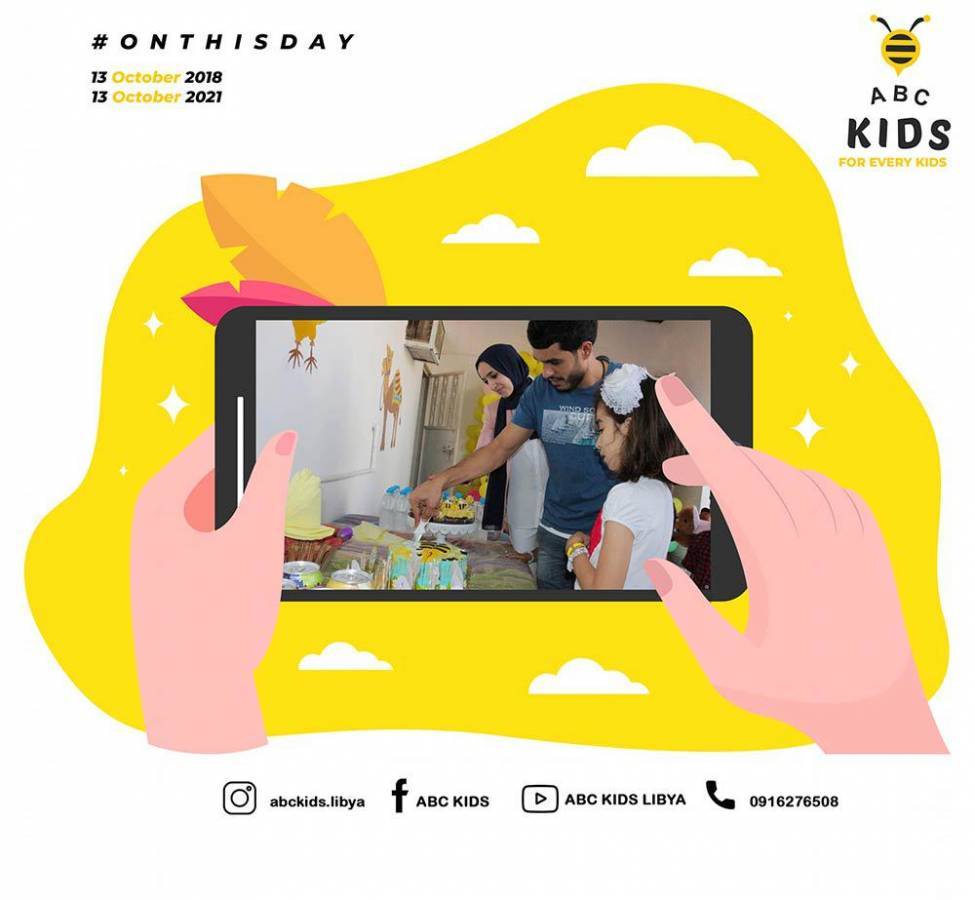 El Fassi adds to Raseef22 that the school is concerned with “refining the children’s capabilities, directing them correctly, and optimally utilizing their abilities to prepare them to be future leaders,” noting that the school depends entirely on regional and international competitions that provide financial support for its funding.

The school pays great attention to the English language, in which all curricula are taught except for Arabic and religious subjects. It also trains its students on “digital transformation” and adopts “international educational curricula” and uses “interactive education,” including smart tablets and educational robots, curricula that “traditional schools do not offer,” according to El Fassi.

In 2018, the school opened its doors to students in the Libyan city of Sirte for the first time for a small fee. The school currently has 150 students, boys and girls, in the age group from three to seven years, with the intention of following children up to the age of 12 in the future. The students are divided into 11 classes, split over morning and evening shifts.

This crisis is one of the problems tackled by theOtherForest project, which originates in Lebanon and is concerned with dense afforestation with the Miyawaki Technique, a unique methodological afforestation technique that has proven its effectiveness all over the world, irrespective of soil and climatic conditions. 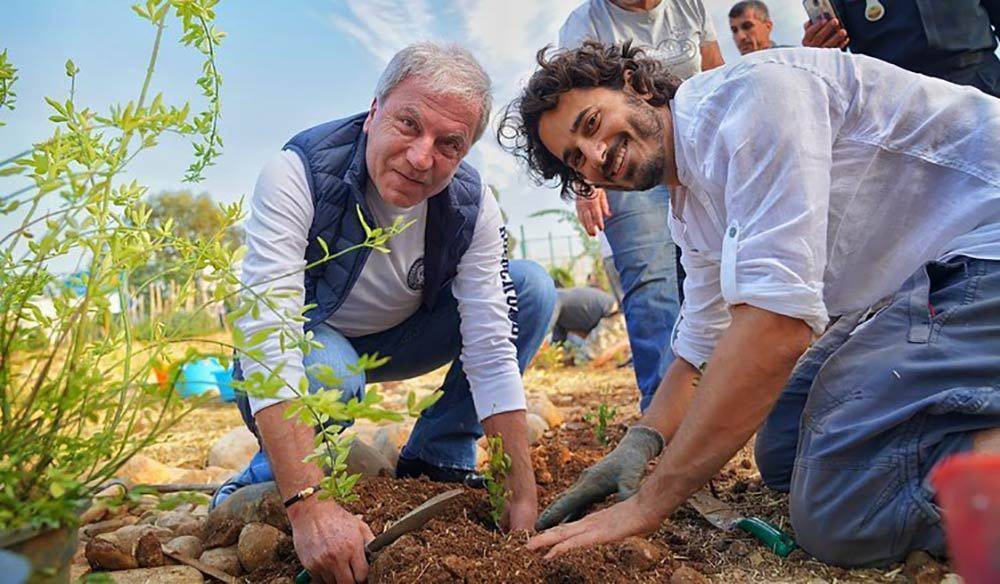 The project further aims at restoring healthy ecosystems and biodiversity, promoting healthy soils, mitigating the effects of climate, and reducing other forms of pollution, which will positively affect community members in terms of mental, physical, psychological and productivity.

On the impact of their efforts, the owner and founder of theOtherDada, an architectural design and consultancy firm that encompasses the environmental project, Adib Dada, tells Raseef22, “We collaborated with professional foresters trained by Professor Miyawaki himself. We can see biodiversity, fungi and insects growing in the forests we planted, which is a sign of a healthy and successful forest. Our analysis show that our forests are successful.”

Dada hopes that countries that lack green and open spaces, especially cities, will use the Miyawaki Technology to restore nature in their urban areas, stressing that it “helps reduce temperatures in concrete heat islands, reduce air and noise pollution, attract local birds and insects, and create carbon sinks.

Launched in 2019, the project has contributed to planting ten Miyawaki forests (over 5,200 trees and shrubs) since then, noting that he plans to plant 4,000 new trees and shrubs in November 2021.

Regional development is an example of our need for innovation. We are experiencing globalization more than ever. But everyone’s needs are becoming more and more local. #InnovationPolitics

Innovation in the field of regional development

Makelti, ABC KIDS, and theOtherForest are among the 25 projects that have reached the final stage of the iValues ​​competition out of 280 projects submitted this year. iValues is a project launched for the first time by the Friedrich Naumann Foundation for Freedom, a German foundation. Its objective is to “Rethink Politics in the MENA Region” in cooperation with the “Innovation in Politics Institute” in Germany.

In addition to these three projects, two other projects compete in the category of innovation in the field of regional develoment: LEARNING LAND aims to enhance the role and skills of teachers in Lebanon and raise their voices against the pervasive sectarianism in the politically oriented education system. ROBIN FOOD is also a project to counter food waste but in Israel.

Dirk Kunze, Regional Director at FNF MENA, stresses that “Innovation in itself is something that one cannot achieve on their own. A wise man once said: You can invent on your own, but you can never innovate alone. Innovation requires a collective effort to bring about change, in the sense of understanding each other’s challenges and cooperating with one other,” adding to Raseef22, "This can be seen through the submitted projects: all of them were developed either as a result of a societal creative process or to address issues in the community that affect many people.”

On the importance of innovation in promoting regional development, Kunze says, “Regional development is an example of our need for innovation. We are experiencing globalization more than ever. But everyone’s needs are becoming more and more local.” So there is an urgent need to link local decision-making processes, and discuss local community issues to reach out to all affected individuals and devise innovative solutions.

Mehiaoui does not know the amount or nature of the “support” that the Makelti team will receive if the application is among the five winning projects, but he says that half of this support will go to “marketing”, in the hope of obtaining more customers as a step to achieve the dream of expanding into the world.

It also clarifies that 20% of the support will go to developing the application and making it easier to use, while the remaining 30% may be used to hire more qualified personnel.

El Fassi is looking forward to winning the support as well. She plans to use it to “increase the school’s capacity, include as many target children as possible, hire more teachers, develop educational curricula, purchase more operational materials, and complete the school’s website.” The biggest dream after that is to “open multiple branches of the school all over Libya and abroad.”

Dada believes that the support would help theOtherForest expand their work, increase the profile of the project, and develop special policies to transform abandoned areas into larger green spaces in the Arab world.

Innovation’s key role in the economy: Projects aiming at preserving dignity and providing a lifeline

The memoirs of long forgotten Arab heads of state