The statements of an Iranian parliamentarian over the marriage of Iranian girls to Shiites around the world has caused an uproar in Parliament. These sentiments were echoed during the past few days by women opposing his idea, which he dubbed “international marriage”, the topic of which is still being heavily discussed on social media platforms.

On Saturday June 18, the Iranian News Agency ISNA published a special interview with the head of the Population Growth and Family Support Plan Committee in the Iranian parliament, Amir Hossein Bankipour. In the interview, ISNA inquired about the specifics of​​this “international marriage” concept that the parliamentarian had put forward at the Al-Zahra University students meeting last month. 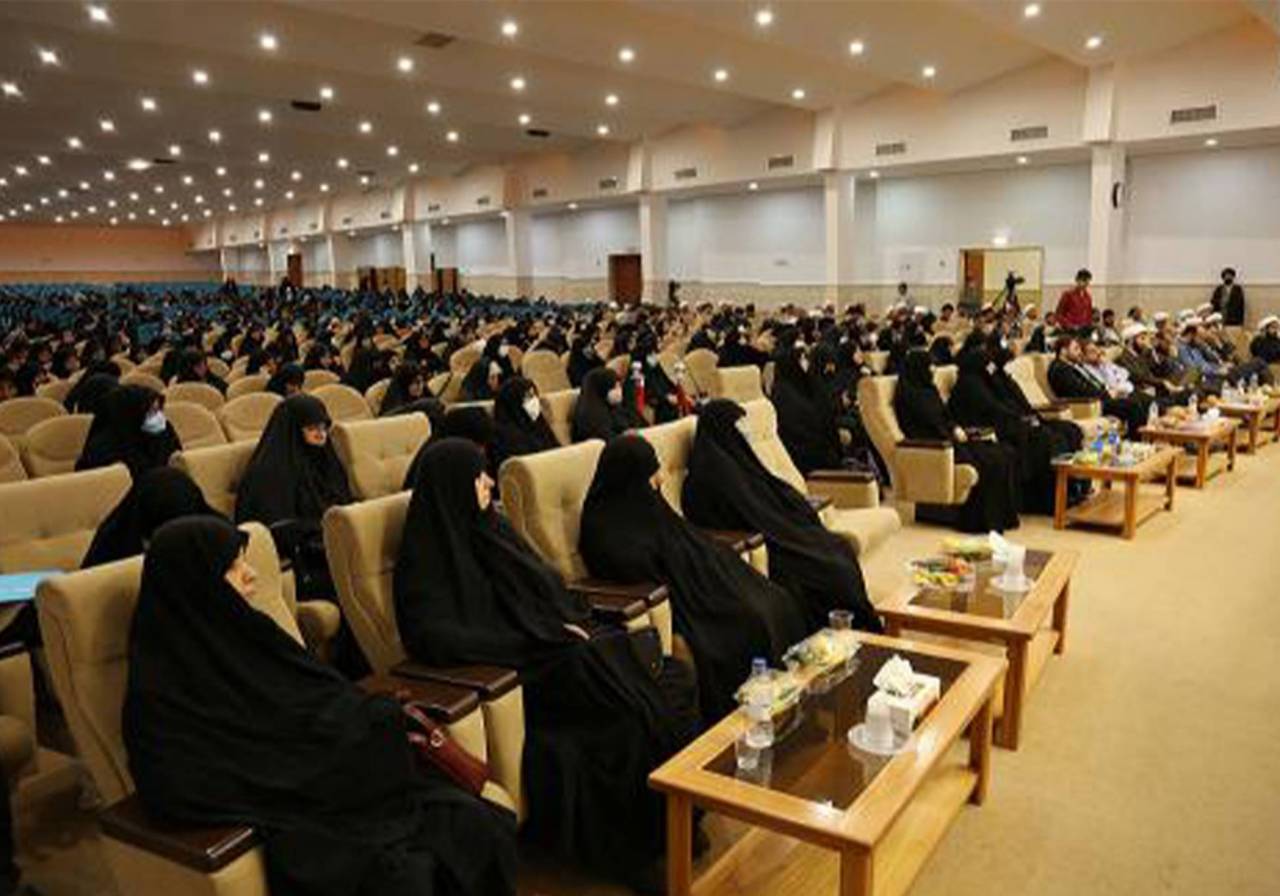 “We have about 2,100,000 single or divorced women — or those who have lost their husbands for some reason or another — and their ages range between 30 and 50 years old. If they want to marry men who are five years older than them — in accordance with the prevalent culture — there aren't this many single men, so we suggest that they either marry those who are the same age or those younger than them, provided that the woman maintains her vitality. The second suggestion is to have them marry single Muslim and Shiite young men who are interested in Iran”; This is how Bankipour described his idea, which seemed to hold anti-woman sentiments in Iranian society.

Solving the issue via foreign men

A deputy from Isfahan added that this idea will strengthen international relations, develop culture, and even fix the unbalanced ratio between single men and women within the country. He also said, “We have key observations in this regard, but some people come from different continents, American, European, African, and Asian, with love for Iran, Islam, and the Shiite sect. Some even leave the high positions they occupy in their countries for this, since their unshakeable faith covers any cultural differences.”

“9 million families struggle with high rent in apartments and the state is looking to increase the country’s population. Young married couples are sttuggling and a parliament representative looks to international marriage”; tweeted Iranian influencer Mohammad Sadoqi

A number of suggestions were provided to solve the issue of lack of men in the country, but they were completely rejected by Iranian young women, who caused ripples on social media networks with their stinging criticism of the idea, which was seen as something that is against women and a clear insult to them.

“It is unbelievable that this man is a member of parliament who should be legislating and enacting laws, while his attention is focused on how to get Iranian women over 30 to marry foreigners,” wrote influencer Zeinab Mousavi, while another tweeted: “The representative, when he mentions the Shiite young men from around the world, actually means those foreign students in religious schools in the city of Qom.” Whereas others added that the purpose of this idea is to mix lineages and perpetuate the Shia sect. 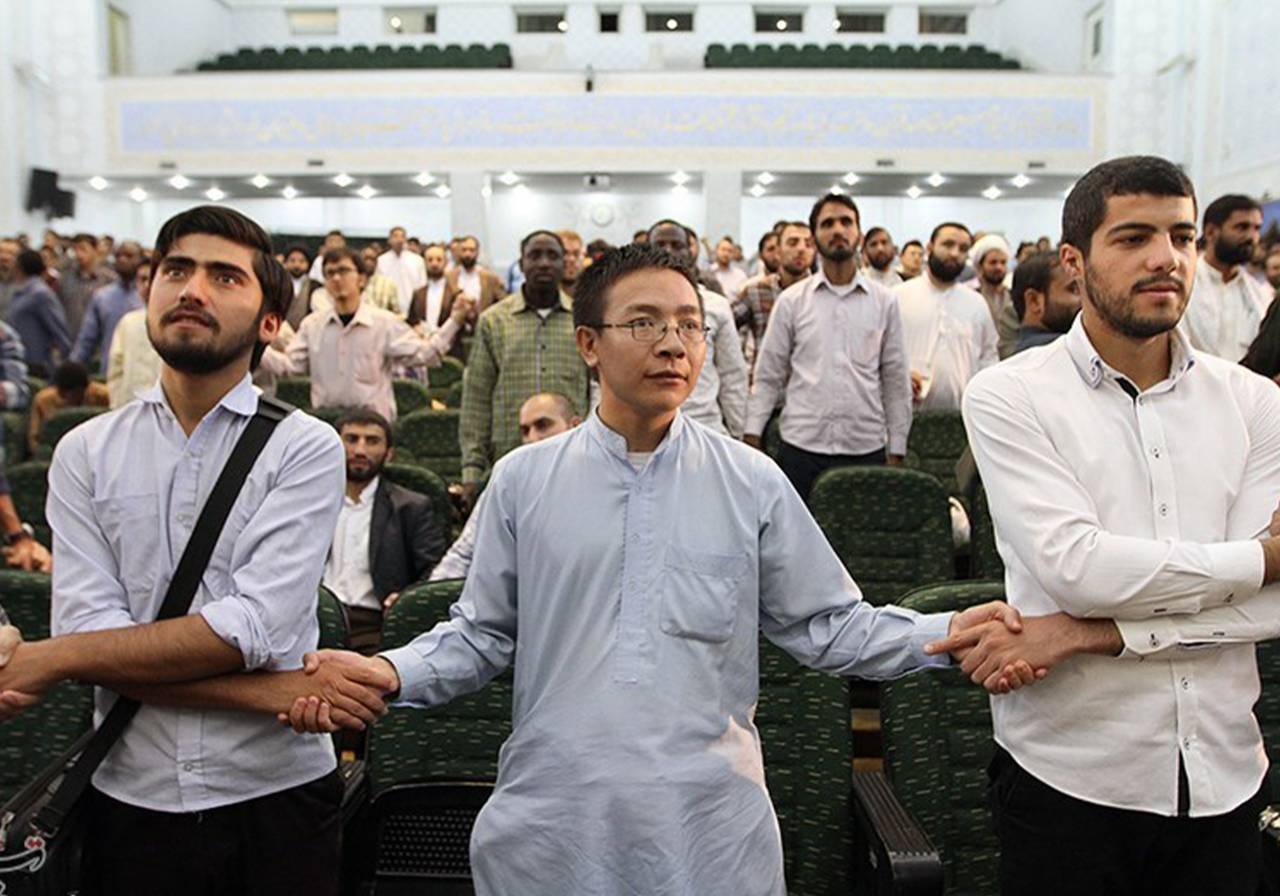 The reactions of young men

The reactions of Iranian women drew similar backlash from Iranian young men, who criticized parliament, and some tweeted that the problem is not a lack of balance in unmarried people, but rather the issue is the enormous economic problems in the country that need attention and must be solved so that all young men and women can marry.

“9 million families struggle with the issue of high rent in apartments and the state is looking to increase the country’s population. Young married couples are incapable (of meeting normal living conditions) and a parliament representative looks toward international marriage”; tweeted Iranian influencer Mohammad Sadoqi

At the parliamentary level, the Iranian female MPs gathered around the head of the Population Growth and Family Support Plan Committee in the assembly hall and criticized the statements he made about Iranian women. The head of the Women and Family Affairs Committee in Parliament, Fatimah Kassempour, indicated that these statements affect the dignity of the parliament. She added that preserving the dignity of young men and women is our duty, and we are working on this and acting acordingly.

Women are not merchandise

On the other hand, parliamentarians called on Bankipour to apologize to the Iranian people and young women. One of the most prominent responses heard in parliament expressing absolute rejection of the idea of ​​international marriage, was the statement MP Moinuddin Saeedi gave: “Whoever has Persian ethnicity would not utter such words, advising women to marry foreigners. Who are we to decide for Iranian women? You must give an apology to the people.”

For his part, representative Masoud Pezeshkian demanded a solution to the main issue where society’s culture is causing an increase in divorce and the spread of moral corruption, before even going towards such proposals like international marriage. He further stressed that such statements cannot even be defended.

A politician from the Iranian Reformist movement, Mohammad Abtahi, wrote that what Iranian women need is for others to not interfere in their personal lives. He further raised his tone against the idea of ​​international marriage, saying that a young woman is not some commodity for export for others to decide to have them married off to Shiites in other countries.

As for former Minister of Information and Communications, Mohammad Javad Jahromi, the man expressed his opinion over making such controversial statements. saying that they coincide with the enactment of a new law in parliament aimed at taking away the people’s right to pursue their violation of the decisions of the Supreme Council for Cyberspace and the Supreme Council for the Cultural Revolution (SCCR) in the country, and this can be considered a media campaign meant to distract public opinion and turn its attention away from the ratification of this law.

The Iranian regime seeks to increase the country’s population through the enactment of laws that provide financial benefits, land grants, and assistance to families who give birth to more children and by limiting access to contraceptives and abortions.

For his part, the head of the Association of Social Workers, Hassan Mousavi, published an article criticizing the parliamentarian’s statements from a sociological point of view. He noted that Iranian society is heading towards becoming an industrial society, and this automatically affects people’s lifestyle, and the most important part of the effect is to increase the age of marriage, and this is one of the basics of sociology.

Local newspapers also addressed the issue through detailed reports on the MP’s statements and the reactions that followed. The “Haft-e Sobh” newspaper headlined the issue with the words: “Mr. Bankipour Under Siege”, accompanying it with a photo of Bankipour inside parliament with the other representatives gathered around him. Meanwhile, the newspaper “Sazandegi” wrote an article on marriage under the title “The Wonderful Recipe for Marriage”. 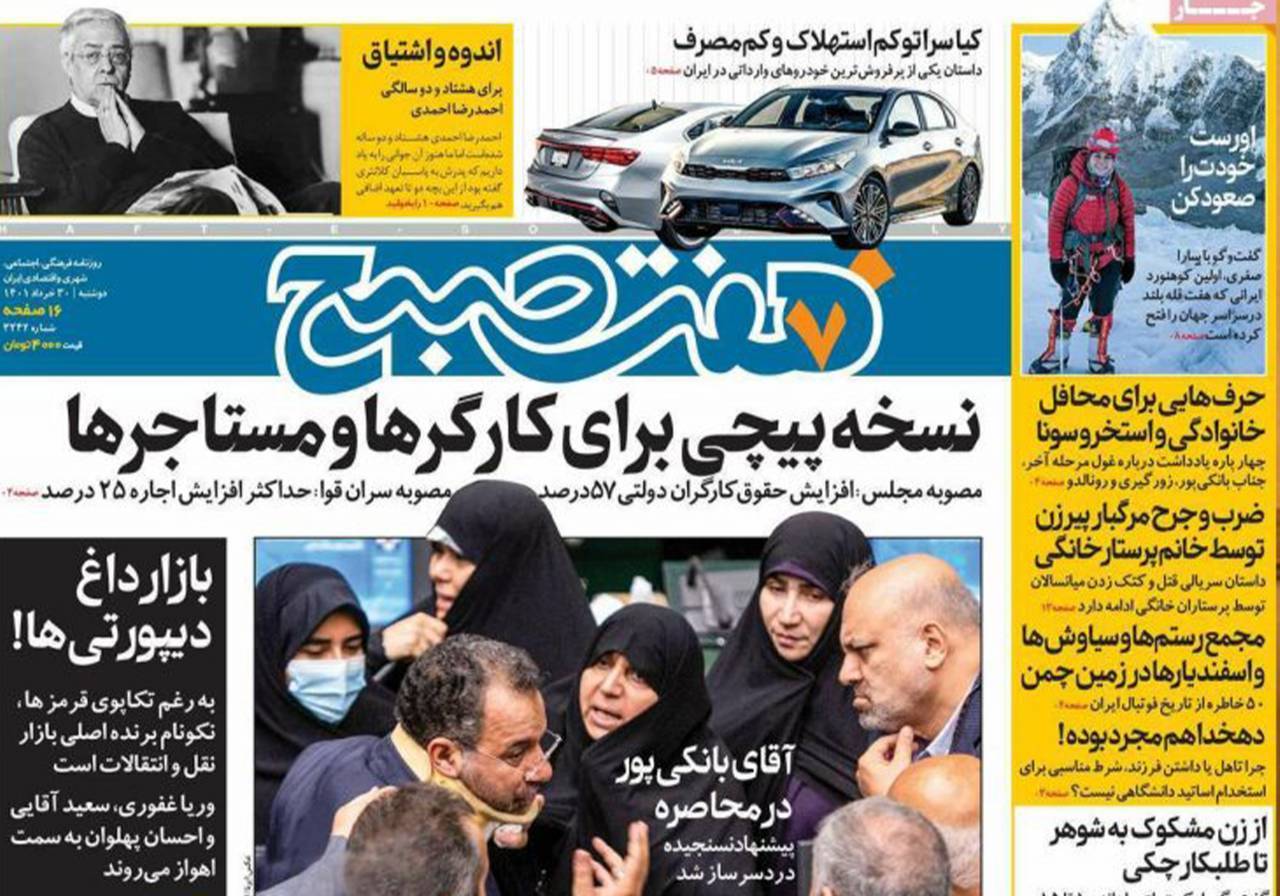 In a direct parliamentary meeting on June 19, the head of the Population Growth and Family Support Plan Committee in the Iranian parliament, Amir Hossein Bankipour apologized to the young women who were angered by his intermittent statements that were reported by the media of the opposition, as he described it. He also noted that those words were directed at a scientific and academic meeting for research and study, and was not a general statement directed at the people, but the media took it upon itself to publish only a part of his speech in order to create sedition. At the end of his statement, he emphasized, “We must not erase the solution to this problem” and this phrase was interpreted as the representative’s insistence on the problem of the lack of marriage in the country, and his solution through his public proposals.

The Iranian regime seeks to increase the country’s population through the enactment of parliamentary and governmental laws that provide financial benefits, cars, land grants, and assistance to families who give birth to more children. It also aims to limit the distribution of contraceptives in health centers, and restrict women’s access to some reproductive health care services for fear of abortion.

Iranian statistics indicate that there are about 12 million single people in the country, according to the Population Studies Research Center, but living obstacles and constraints such as unemployment, housing, and imposed military service has prevented most of them from getting married. And this made those concerned and those who are interested in the matter stress on removing such obstacles and ensuring the community’s well-being and its secure future instead of pumping money to provide bank loans and temporary aid.