Five years ago, a Venezuelan woman of Syrian origin was nominated for the 65th Miss Universe beauty pageant, which was held that year in the Philippines. Arab newspapers and websites reported that she was the first Syrian woman to reach this level in the competition for the Miss Universe title. But this was incorrect. The first had actually taken place much earlier, in an event dating back to the early 1950s.

In the spring of 1952, local newspapers announced the commencement of the first beauty pageant in Syria, held at the Orient Palace Hotel, facing the Hijaz station in Damascus. At the time, a competition such as this was very foreign to the Damascene society, and no one had ever thought or dared to organize it before, even during the time of the French Mandate. The competition was launched in Syria just one year after the international version had been launched in London by British journalist Eric Morley. The state of Syria did not interfere in the event, contenting itself with granting it its official approval. Similarly, none of the religious clerics, neither in Damascus nor in Aleppo, objected to the beauty contest.

In 1952, Leila Teresa Tuma, 18, won the title Miss Syria based on three criteria: beauty, charm, and wit (swimsuit part omitted). Not a single Muslim girl had entered the competition

The conditions of the competition were set, and it was said that the beauty queen of Damascus would be chosen based on three criteria: beauty, charm, and wit, without the internationally recognized swimwear segment where contestants would display their figures in swimsuits, which Syrian newspapers had allocated special coverage for a year ago. The title was won by an 18-year-old named Leila Teresa Tuma at the time, and not a single Muslim girl had entered to compete against her. 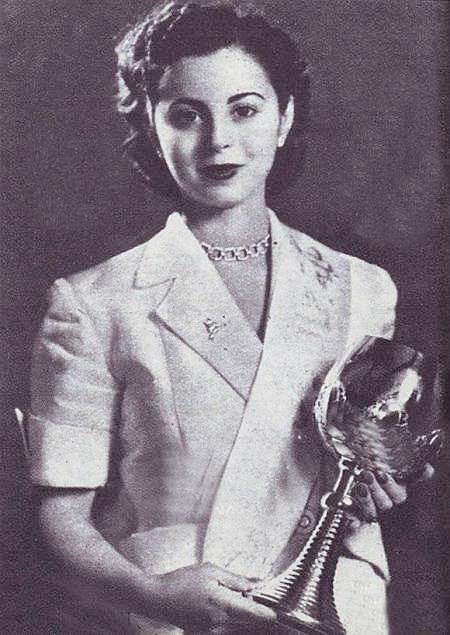 A year later, the second edition of the competition was held in the same hotel on April 27, 1953. The venue was decorated with bright white lights and bouquets of white flowers. A long red carpet was laid out in the entrance for the contestants to walk on and put on a show for the cameras. The list of participants had grown that day to include a number of Syrian women of foreign origin. The title was won by a Christian girl named Betchamer Minnie, who had a Greek mother. Following her coronation, the young queen spoke to the “Al Itnein wa al-Dunya al-Masriyah” magazine in an exclusive press interview, in which she said: 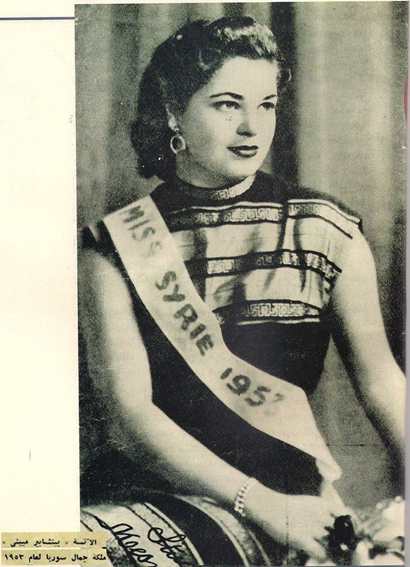 “I do not have great ambitions. All I aspire to is to lead a happy family life, based on simplicity, stability, and tranquility.” She added that despite winning the title of Miss Damascus, she is still a “set beit” (housewife), helping her mother with household duties, and does not seek stardom. “If you want to be amused by a funny sight... Imagine a beauty queen who exchanges the Miss Syria scepter for a broom, the Miss Syria sash for kitchen towels, and the beauty queen throne for a humble seat in front of a washtub.”

The Miss Syria beauty pageant carried on throughout the 1950s, with varying titles; Miss Rock and Roll, Beauty Queen of Journalism, Miss Summer, Miss Autumn, the Beauty Queen of Cotton (at the Cotton Festival in 1956).

The beauty pageant carried on throughout the 1950s, and took various forms: Miss Rock ’n Roll, the Beauty Queen of Journalism, Miss Summer, Miss Autumn, and the Beauty Queen of Cotton (in Aleppo exclusively, coinciding with the start of the Cotton Festival in 1956). During the years of unification with Egypt (1958-1961) — in a political union known as the United Arab Republic — a group of Muslim women won the beauty queen title; Nabila Faraoun, Aida al-Qadmani, and Mayada al-Halawani in Damascus, along with Nour Ramli in Aleppo (Beauty Queen of Cotton in 1961).

One of the most famous Syrian beauty queens in the fifties was a student at the American Aleppo College (referred to by Aleppans as ‘Madrasat al-American’), Mona Abdel Ahad, who won two crowns (the Beauty Queen of Journalism in 1957 and the Queen of Rock in 1958). The rock-themed competition was of course a result of the popularity of this type of Western music among girls at the time, who were fans of world-class singers such as Elvis Presley and the Beatles. 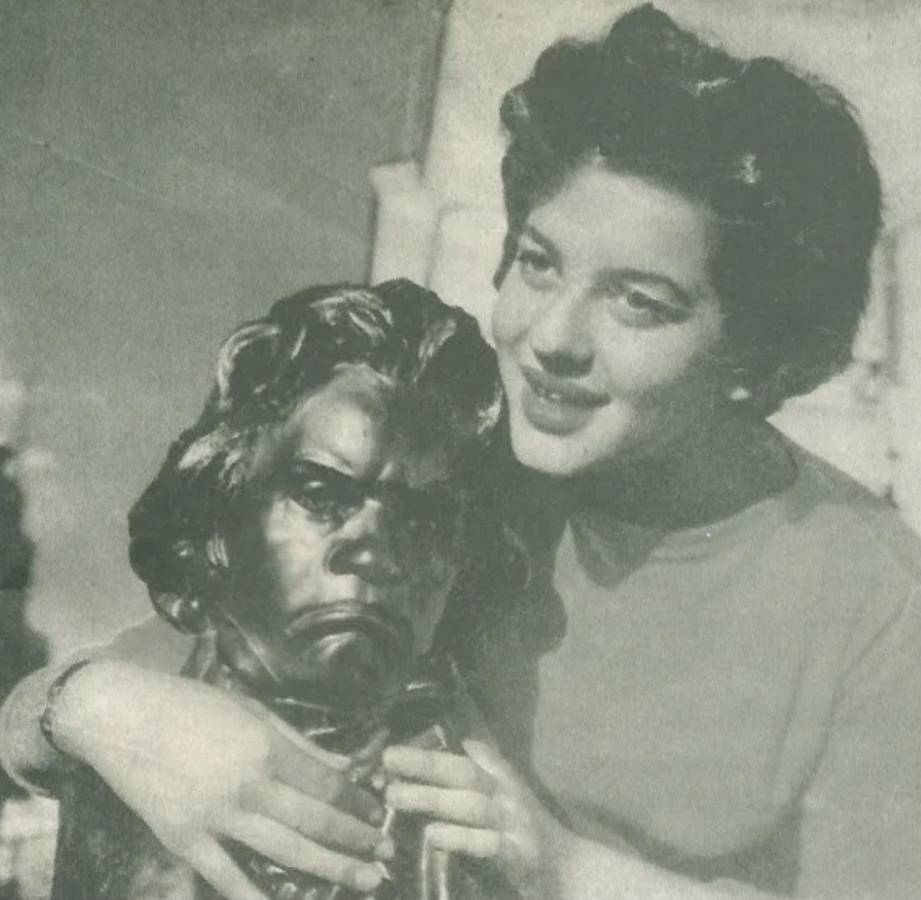 The Queen of Rock, Mona Abdel Ahad, spoke with the Egyptian magazine “Akher Sa’a”, saying that she is good at cooking “mahshi” (a stuffed food dish) and loves to listen to Beethoven. So did Haifa Ashrafiya, a student at the Franciscan School who won the title of the Summer Beauty Queen of Syria in 1957. She said she reads the novels of Ihsan Abdel Quddous and listens to the music of Fairuz and Abdel Halim Hafez.

Whereas Hasnaa Wafa’i won the title four times; the Beauty Queen of Cotton, then Miss Elegance, and then the Spring Beauty Queen of Syria, to be finally crowned Miss Aleppo in 1958. Many of these young women spoke to Arab newspapers and magazines, and some of them expressed their admiration for Brigitte Bardot or Marilyn Monroe and said that their only dream was to visit Egypt, “Umm al-Dunya” (the ‘Mother of the World’). They were all, however, absent from the public scene after winning the title, with the exception of Hasnaa Wafa’i, who died mysteriously several years later in Saudi Arabia. It was said that she was killed by a Saudi prince who loved her. She had rejected him, and he decided to get revenge and kidnapped her from the house she was staying in with her husband (a Syrian engineer) in the city of Riyadh. 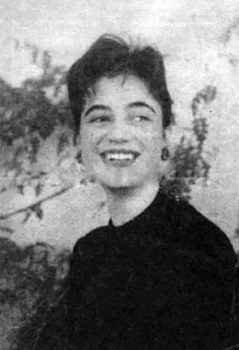 Miss Aleppo Hasna Wafa’i died under mysterious circumstances in Saudi Arabia years after she won the title. It’s said she was killed by a prince who loved her. After she rejected him, he decided to get revenge and kidnapped her from her husband’s house in Riyadh

In the sixties, the competition moved from the Orient Palace Hotel to the Airport Hotel, while two Syrian ladies reached the finalists in the Miss World international beauty pageant held in Britain; Raymonde Doucco in 1965, and Feryelle Jalal, a presenter on Syrian TV, in 1966. Both contests were held at the Lyceum Ballroom in central London. The year 1965 saw the first participation of the five countries of Malta, Costa Rica, Gambia, Indonesia, and Syria. Raymonde Doucco congratulated Britain’s Leslie Langley for winning the title in 1965, as did Feryelle Jalal with India’s Reita Faria when she won Miss World in 1966.

The last version of this competition was held in Damascus in 1967, months before the outbreak of the second Arab-Israeli war. A group of Syrian novelists, led by the writer Adel Abu Shanab, took part in the judging. The title was taken by 20-year-old Maha Bayrakdar, a member of the Dabkeh and Samah Dance Troupe on Syrian TV.

A prominent poet, Maha Bayrakdar was the daughter of a well-known Damascene family, and her father was an officer in the army. 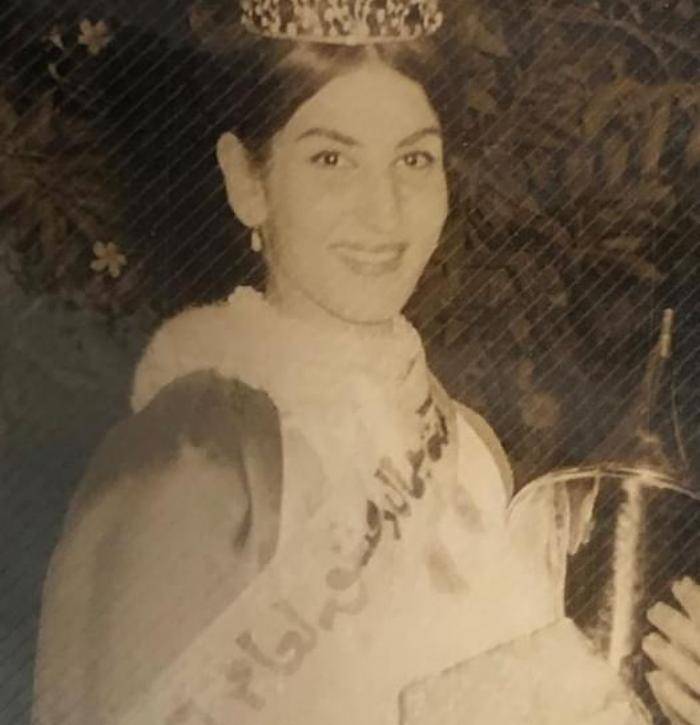 She entered Syrian television as a dancer before presenting a Christmas eve show, written by novelist Colette Khoury. She also had her own poetry program at midnight that would be broadcasted daily on Radio Damascus. Maha Bayrakdar later on traveled to Beirut and settled there in 1970, after her marriage to renowned poet Yusuf al-Khal. She is the mother of actor and television host Youssef El Khal and his sister, famous Lebanese actress Ward El Khal.

After that, the competition stopped for many years, only to return in the year 2000 through the Badia Beauty Queen pageant, for which Syrian actress, Rawaa Yassin, was nominated in and won.

Arabs in Concentration Camps: The Forgotten Victims of Nazi Germany