Around 30,000 displaced families live in the Kurdistan region of Iraq and are distributed over 26 camps, revealed the figures of the Ministry of Migration and Displacement. It is no secret that they are suffering, but refugee and displaced women are in a more vulnerable position, given the high rates of poverty among them and the psychological traumas they suffer from as a result of war and forced displacement, and what they experienced at the hands of armed militias, especially ISIS.

While the economic empowerment of women is one of the main ways to end their social and psychological suffering and develop their communities, many initiatives have emerged that address this issue, including the Lotus Flower Incubator.

The Lotus Flower in Iraq

The Lotus Flower is a women’s business incubator that seeks to empower women in refugee and displaced communities in the Iraqi Kurdistan by helping them launch their own small businesses. 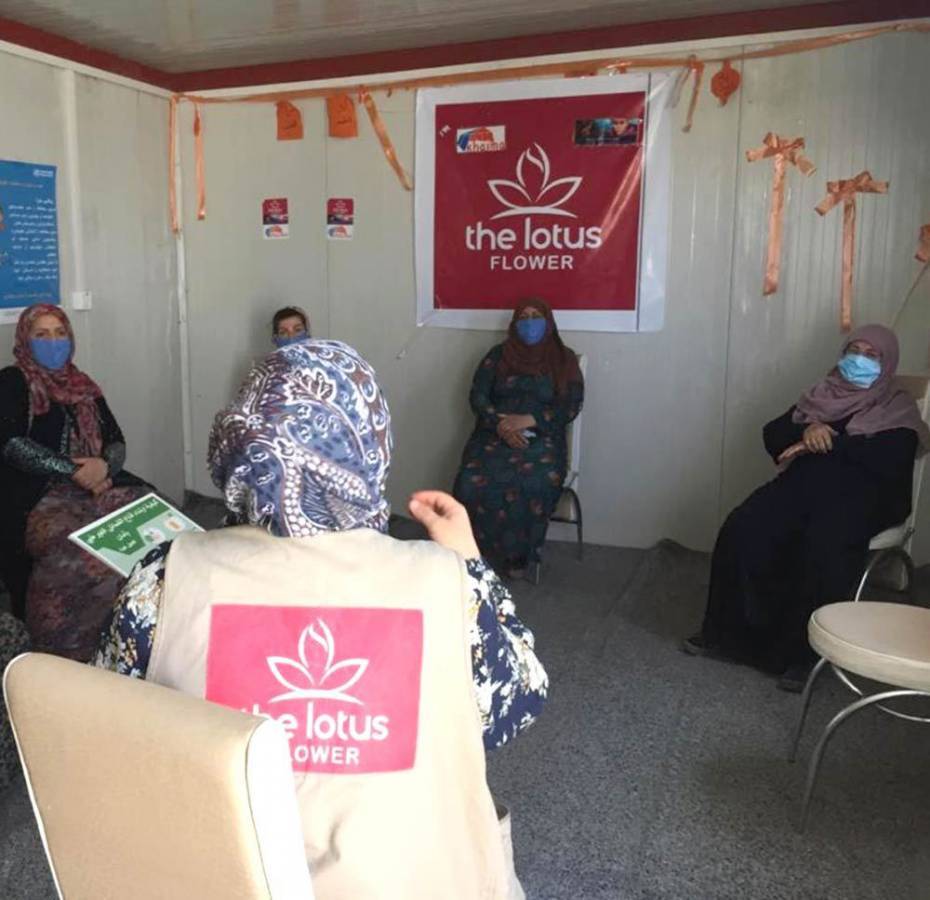 The incubator provides financial support and guidance to refugee and internally displaced women, including Yazidis, Christians and Muslims, in a way that promotes peaceful coexistence in the region. It has so far contributed to the establishment of a long list of restaurants, beauty salons, clothing stores and other small businesses, through which these women support themselves.

The incubator also focuses on qualifying these women to become capable of managing their projects from ground up, and it teaches them the English language. Furthermore, with the aim of addressing the increase in mental health problems they suffer from, it provides them with qualified psychologists.

FabricAID in Lebanon and Jordan, and The Lotus Flower in Iraqi Kurdistan… Innovative initiatives to provide a dignified life for individuals in vulnerable communities. #InnovatingPolitics

The incubator offers a list of comprehensive programs that improve the well-being of women and girls, including weekly classes in yoga and boxing, art therapy, and hygiene education sessions, first aid and period poverty.

The programs further seek to qualify women to be peacemakers in their communities. Some programs include men and boys as well, to raise their awareness of the importance of supporting women in the context of promoting “positive masculinity”.

The ultimate goal of the incubator is that “Refugee and displaced women become decision-makers, financially independent within their families and communities, capable of providing for themselves and their families, re-invest in their own businesses, and build their confidence, skills and social networks. This will reflect positively on their role in achieving change in society,” says the incubator’s Regional Director, Vian Ahmed.

She tells Raseef22, “Our overall goal is to provide women with a foundation to rebuild themselves, their families, and their future.” As local implementers, we work at the grassroots level to reach the heart of communities, listen to local needs, and hire local women to implement our programs.”

The Lotus Flower began its work in Iraq in 2016, and since then, says Ahmed, has supported about 44,000 women and girls in a fragile situation. The London-based mother incubator was founded by a British-Iraqi aid worker, Taban Shoresh, a Kurdish citizen who survived the genocide perpetrated by former Iraqi President Saddam Hussein.

“FABRICAID” and a “Dignified shopping experience” 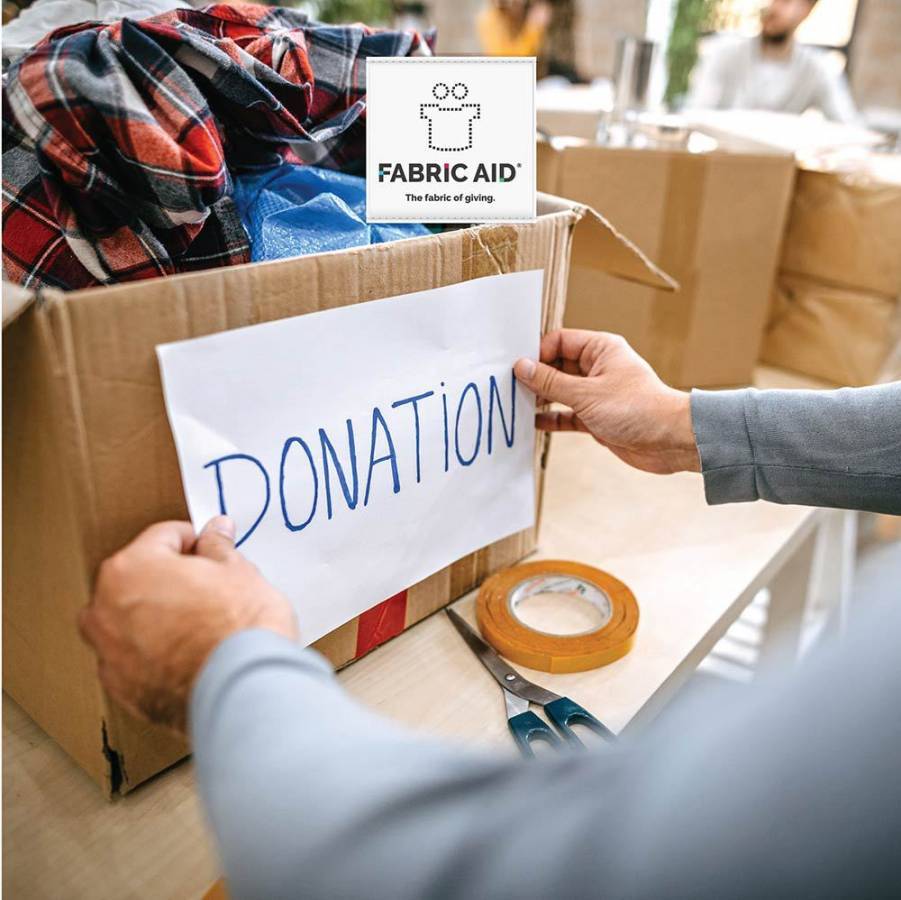 Over 77 million people in the Arab world cannot afford to buy decent clothes in a way that preserves their dignity, even though donation of clothing is a well-established social customs in the region.

This may be partly because associations concerned with providing clothes for poor and marginalized families are often unable to provide clothes in good and appropriate condition, due to the high costs of sorting, cleaning and distributing clothes.

In face of this situation, FabricAID, a Lebanese social enterprise active in Lebanon and Jordan, concerned with collecting, sorting and redistributing clothes to low-income communities at nominal prices (ranging between 2,000 LBP and 10,000 LBP per item in Lebanon – and 0.25 to 2 dinars in Jordan), to create a “dignified shopping experience.”

On the efforts of the enterprise, which was founded by Lebanese entrepreneur Omar Itani in 2017, Lulia Halawani, Shopping Manager at FabricAID, tells Raseef22, “Our circular model increases the efficiency of collecting, sorting and distributing used clothes while reducing textile waste.”

Innovation plays a key role in the economy. You are reading this article on the internet, which was once an invention that led to many innovations in the way we communicate with each other. #InnovatingPolitics

She points out that “Our services preserve the dignity of our customers in a multi-crisis country”, referring to Lebanon, which is going through the worst economic crisis in its modern history. She continues, “Our project does not provide free aid. It allows out customers to go through a dignified shopping experience. It gives them the freedom to choose according to their tastes, sizes and lifestyle. Moreover, clothing sales enable us to support our organization, open more stores and provide job opportunities.”

Since its inception, FabricAID, says Halawani, has collected over half a million items of clothing and supported more than 65,000 people.

The deteriorating economic situation in Lebanon increased the demand for second-hand clothing, which enabled FabricAID to expand by opening new stores in the country as well as in Jordan.

Innovation in the field of Economy and Jobs

FabricAID and the Lotus Flower are two of the 25 projects that have reached the final stage of the iValues ​​competition out of 280 projects submitted to compete. iValues is a project launched for the first time by the Friedrich Naumann Foundation for Freedom, a German foundation. Its objective is to “Rethink Politics in the MENA Region” in cooperation with the Innovation in Politics Institute in Germany.

In addition to these two projects, three other projects will compete in the Economy and Jobs category: THE MAKERS HUB aims to transform individuals, aged 7 to 18 years, in Lebanon from consumers of technology to manufacturers and designers of devices and electronics and the like. JERUSALEM ORGANIC YOUTH aims to train 200 Palestinian boys, aged 15 to 17, in East Jerusalem in leadership and entrepreneurship skills. WOMENPRENEUR DIGITAL HUB aims to provide free access to entrepreneurship and business management skills and irradicate technical illiteracy of women across the MENA region.

“Our services preserve the dignity of our customers in a multi-crisis country”... How can innovation enable us to solve economic crises to ensure a “dignified life” without humiliation.

Dirk Kunze. Regional Director at FNF MENA, stresses that “Innovation in itself is something that one cannot achieve on their own. A wise man once said: You can invent on your own, but you can never innovate alone. Innovation requires a collective effort to bring about change, in the sense of understanding each other’s challenges and cooperating with one other,” adding to Raseef22, "This can be seen through the submitted projects: all of them were developed either as a result of a societal creative process or to address issues in the community that affect many people.”

On the importance of innovation in boosting the economy and creating job opportunities in particular, Kunze adds, “Innovation plays a key role in the economy. You are reading this article on the internet, which was once an invention that led to many innovations in the way we communicate with each other, the way we trade, and the way people can participate in global economic activity.”

Ahmed believes that receiving the support of the Friedrich Naumann Foundation will help the Lotus Flower incubator to expand its activities and include different regions and communities, enabling a greater number of displaced and refugee women to launch their own businesses, as she considers that the “success” of the first incubator facilitates its effective replication.

She further says that they may provide young female trainees with the opportunity to train in specific skills for women’s businesses, which could give them valuable experience and potential additional opportunities.

In turn, Halawani hopes to win to utilize the potential support in opening new branches of “Souk l Khlanj”, where they offer second-hand clothes to vulnerable communities in Jordan and Lebanon, in addition to expanding its activities to the Egyptian market.

The FabricAID team also aspires to create clothing collection points in all Arab countries to support low-income communities in the Arab region.

“YOUR SUPPORT” in Jordan and “MIN HAQQIHA” in Lebanon, Innovative Solutions to Protect and Promote Women’s Rights