This article is part of the “Raseef in Color” project, a space dedicated to activists as well as members of the LGBTQ community and their supporters, to be able to speak freely and without any restrictions about gender, sexual orientation and sexual health. The project, made possible by a grant from Arab Foundation for Freedoms and Equality (AFE) is also aimed at contributing to and spreading scientific and cultural awareness of gender issues, through innovative and comprehensive approaches simultaneously.

With tremendous courage, an upcoming generation from the LGBTQ community in the Arabic speaking world is leading the change, working for a society that respects individuals’ sexual orientation, veering away from the stringent thousands of years old religious scriptures that regulate the lives of over 420 million men and women.

We spoke with one of the change makers, Joe Kawly, a Lebanese journalist working at AlHurra TV, an American leading TV station broadcasting news and current affairs to the Arabic speaking world.

Kawly is the first Lebanese American media personality to openly come out as queer, he is calling on breaking gender and sexuality taboos deeply rooted in arabic speaking countries and the middle east. He’s also trying to change the way people in the region look at love and marriage in their traditional form. 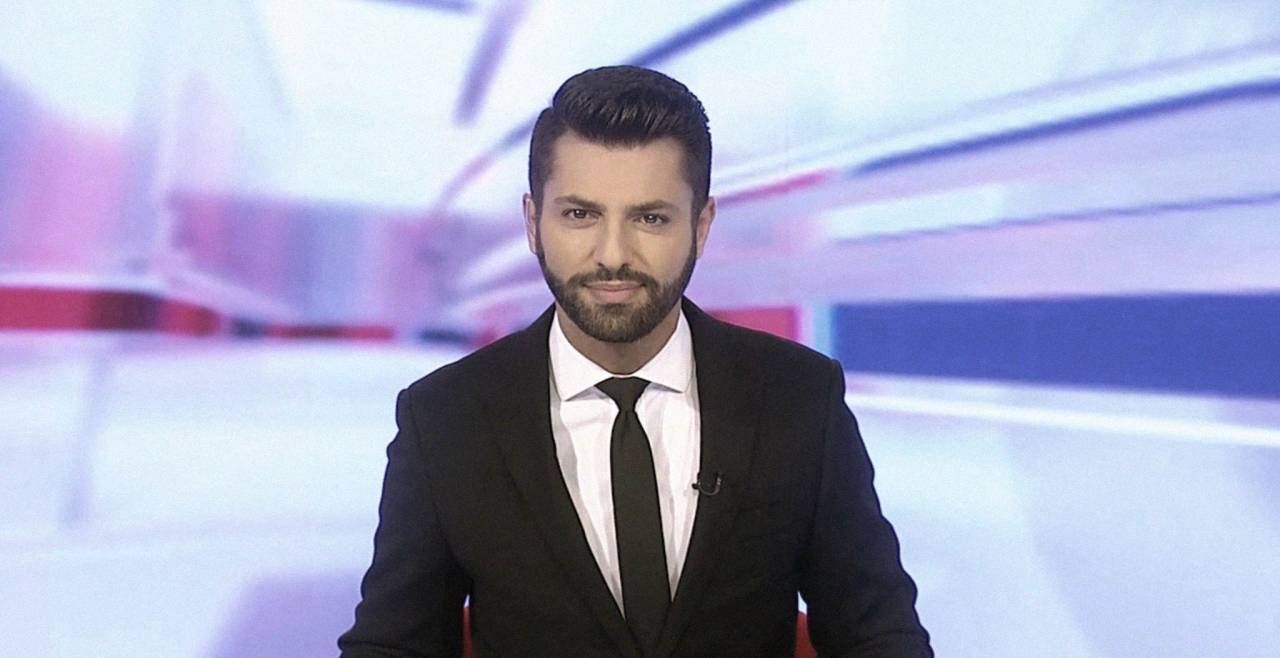 What do you do, and what are your accomplishments?

I have worked in communications for 20 years between journalism, reporting, anchoring, and consulting. My interest in communication stems from my passion for connecting with people and finding better ways to communicate without obstacles, whether cultural, religious, sexual, or generational barriers.

After years in journalism and communications, today, I realize the importance of connecting through words. I understand how much words matter in our communications with others. Therefore, I am studying practical tools for mindful communication.

How did you find yourself?

Since I was a kid, I always knew that I was different from "the other kids." I had different interests than the other boys who wanted trucks and soldiers as games. I never wanted to play with those things. I wanted to be creative. I never wanted to play sports with the boys because, till today, we collectively consider sports as "macho" games. I am glad that its conception is changing thanks to many famous gay players coming out proudly and setting the way for little kids who never wanted to be associated with such sports because it was always synonymous with being straight. As a teenager, I faked my entire existence into making myself and others believe that I am a straight person, to please everyone around me, including my family, mostly because I grew up fearing and hating who I am because of religion. Sadly, our societies conditioned us to hate our true essence and forces us to be conformists.

As a teenager, I faked my entire existence into making myself and others believe that I am a straight person, to please everyone around me, including my family. I grew up fearing and hating who I am, mostly because of religion

Because of that, many classmates, especially those considered to be the "cool kids," bullied me. Recently, during therapy, one traumatic experience from school resurfaced. It hurt to realize that many teachers yelled at me back then, not because I was not good enough or intelligent enough, but because they were homophobic. They did not know how to deal with me Teachers should be equipped to educate, embrace diversity, and be role models in empathy. Till today, it hurts to reflect on those moments.

Knowing one's sexual orientation — whether straight or gay — is often something that kids or teens recognize with little doubt from a very young age. Some gay teens say they had same-sex crushes in childhood, just as their heterosexual peers had opposite-sex crushes.

As they enter adolescence, many gay teens already recognize their sexual orientation by middle school, whether or not they have revealed it to anyone else. I didn't realize I was gay at first, but I often say that I always felt different from my peers and didn't exactly know why.

Being straight, gay, or bisexual is not something a person can choose or choose to change. People don't choose their sexual orientation any more than they choose their height or eye color. It is estimated that about 10% of people are gay. Gay people are represented in all walks of life, across all nationalities, ethnic backgrounds, and social and economic groups.

What was the first step toward openness?

I wanted to embrace new things, fresh ideas, and new experiences. I tried to approach new things with curiosity. I tried to get out of my bubble and traditions that made me judgmental of myself and others. So, I wanted to pursue new adventures, experiences, and creative endeavors.

Critical thinking was a great tool. It was not available to me, and unfortunately, it is not something we learn in school. I knew there was something there that was going to answer my questions. Reading books and listening to scholars about sexuality and religion helped me fight for human rights: Not only for myself and the LGBTQAI+ community but for other minorities who feel oppressed by our societies.

This journey was all about diversity, inclusion, and being less judgmental. Who am I to say what is right or wrong based on my limited experience on this earth or based on the tiny little place where I was born or my narrowed culture. There are so many other cultures around the world. So my family's beliefs are not the right ones. They are suitable for my family and me; therefore, I do not have the right to dictate my lifestyle to anyone, and at the same time, I refuse to live my life based on someone else's traditions or old beliefs. It is an easy concept: Live and let others live.

What were the pressures and obstacles that you overcame?

Accepting myself as I am for who I am was my first step toward openness. I was fed up living to please others. I was tired of wearing a mask just to be accepted by some random colleagues or random acquaintances.

How did living in the U.S. change your personality?

My personality has changed since I moved to the United States 10 years ago. We all change when we grow up, especially when subjected to new experiences, places, and environments. Washington, D.C. forced me to focus on myself instead of being absorbed by what society wants from me. Unfortunately, in our oriental cultures, we are fixated on looking good for others and not for ourselves: We care too much about others' opinions. I was able to break free from that when I moved here. But it is worth noting that the United States is not all the same. I benefited from living in a multi-cultural city like Washington DC. Some other American cities in the south are different, and minorities might struggle if they live there.

Allow yourself to be you. Do what you love and what makes you happy. Pay no attention to people-pleasing. Don't let anything get in the way of your dreams. Keep learning and enjoy expressing yourself. You deserve to be happy.

What is the message that the adult Joe would send to the teenage Joe?

It's OK that you are different from other kids. Despite everything you hear, everything you feel on the inside is right. Please don't wait to express yourself because the moment you realize that, everyone else will too.

Never be ashamed of how you walk or talk because that is going to be the key to your existence and true self, giving hope to all people facing judgment and not knowing what lies ahead. You're going to face a lot of struggles. Some might come sooner than you think, and some might come when you're least expecting them. There will be moments you feel you can't bear the heavy weight of faking it anymore, and you feel helpless, alone, and scared. And it will get dark, but I want to tell you now that there it’s always a ray of light at the end of every dark tunnel! I know there will be a time when that seems impossible, but I promise you that it will get better. Trust me, I am living proof that you can, and you will get through everything with the help of amazing friends and a great partner like Michael. Please don't give up. There's so much waiting for you. You will be loved and you will meet the right people who would make you feel right.You are stronger than you think, even when you feel weak.

What do you say to the LGBTQ community in the Middle East?

Allow yourself to be you. That's when you shine the brightest - and you deserve to shine. Do what you love and what makes you happy. Please keep up the dancing, the singing, and mind your own business. Pay no attention to people-pleasing. Don't let anything get in the way of your dreams. Keep learning and enjoy expressing yourself. You deserve to be happy. You are going to be OK. Just remember that no matter what, you're never alone. And for the heteronormative society I say, educate yourself, be kind to others, because conformity is a killer, but diversity is colorful. Stop using “nature” to refer to us as not “normal” because this is the argument of the weak. Look closer, learn more about nature including animals: They all have homosexual behaviors which is totally normal. At the end, let us all remember what Ralph Waldo Emerson said: "To be yourself in a world that is constantly trying to make you something else is the greatest accomplishment".

This project is in cooperation with the Arab Foundation for Freedoms and Equality (AFE) and with the support of the Embassy of the Kingdom of the Netherlands.

Lebanon LGBTQ+ in the Arab World identity raseef in colour

Why weren’t I welcome like this, wonders a Syrian at the Ukrainian border

Rediscovering the Landscapes of Palestine on a Bicycle