This article comes within a partnership between Raseef22 and Afikra, where our team will be covering Afikra's activities in articles that focus on the guests and their expertise. In this piece, we follow Mai Masri's contribution.

Afikra hosted an event with the Palestinian filmmaker Mai Masri which was a part of the “conversations” series hosted on Zoom by afikra Founder & Executive Director Mikey Muhanna. (For more information for upcoming events go to afikra.com/rsvp)

Mai Masri is a Palestinian filmmaker, director and producer whose films are primarily documentaries which focus on the real life struggles of the women and children living in the occupied Palestinian territories and Lebanon. She has directed and produced award-winning films that have been broadcasted on more than 100 television stations worldwide.

Mai Masri is a Palestinian filmmaker, director and producer whose films are primarily documentaries which focus on the real life struggles of the women and children living in the occupied Palestinian territories and Lebanon

In this event, Masri focuses on her trilogy: Children of Fire, Children of Shatila, and third frontiers of dreams and fears. She also speaks about a 4th movie she worked on “3000 nights” where she shared her challenges, dreams, aspirations, by shedding light on the importance of working with Children, especially those of her own country which gave her a sense of love and belonging. 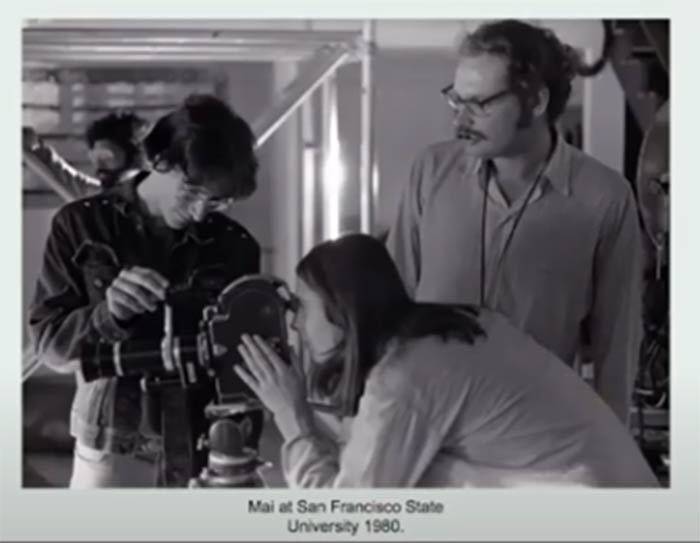 Mai Masri was born in Jordan and raised in Beirut at a time where there was only one channel available on TV. “Cinema wasn’t a thing, we barely went”, says Masri who discovered her love for the industry by chance, at a later stage of her life.

In 1975, the civil war broke out in Lebanon. This led Masri to travel to the United states to visit her brother and this is where she attended a film class and fell in love with the domain.

Mai Masri, when asked about a film that inspired her and had a big impact on her journey, mentions: film “Al Ard -The land” By Youssef Shahine

Mai Masri, when asked about the films that inspired her and had a big impact on her journey, mentioned: film “Al Ard -The land” By Youssef Shahine, the Italian neorealism’s movies, the Latin American cinema, and realistic cinemas like the Spanish, the Cuban and the Brazilian ones which had strong messages to convey. These kinds of movies were the ones that inspired Masri the most. 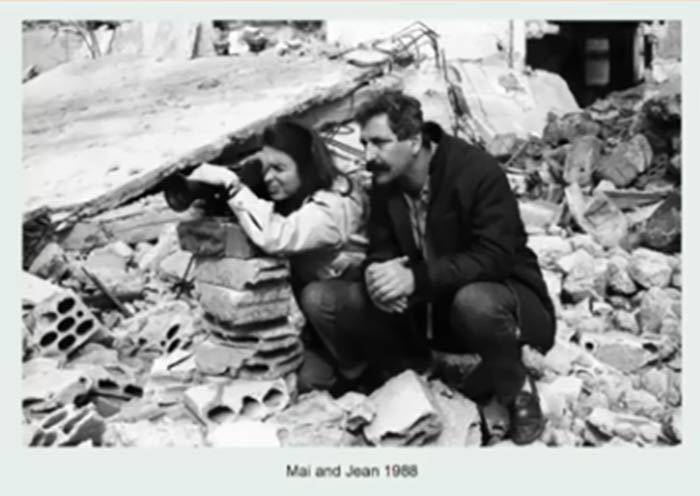 The first film that Masri ever made was in collaboration with her husband during Israeli invasion of Lebanon in 1981-1982. That film symbolized the reality under rubble, war, and uprisings.

When Mai Masri returned to her hometown of Nablus after a fourteen-year absence, she discovered a new generation of Palestinian fighters: the children of the Intifada. Winner of the Award of Public at the Feminin Pluriel Festival, Children of Fire captures their courageous story on film and paints a daring portrait of the Palestinian uprising. 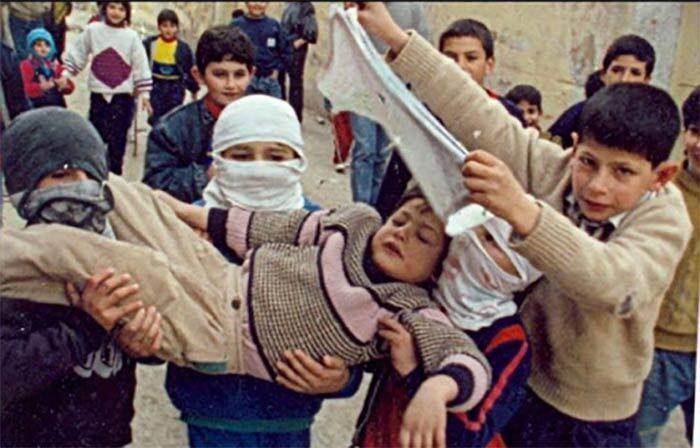 The whole film was filmed in secret, as Mai Masri uncovers. Nablus was occupied and Israeli killed many people, two of them happened to be Masri’s neighbors. This film helped Masri discover Palestine in a very challenging situation. “This film became a process on how to make a film under occupation. We were hiding, filming in secret from the windows. Soldiers were knocking off the doors”, Masri says.

Fifty years after the exile of their grandparents from Palestine, the children of Shatila camp attempt to come to terms with the overwhelming realities of growing up in a refugee camp which has survived massacre, siege and starvation. Through the stories of Farah (11 years) and Issa (12 years), the film explores the imaginary world of children where play, dream and fantasy help them cope with the difficulties of their everyday lives.

Masri handed the two children a digital camera before giving handy cameras to children became popular. What she wanted to do is to see life through the children's eyes, let them film their reality alone, and tell their own stories. 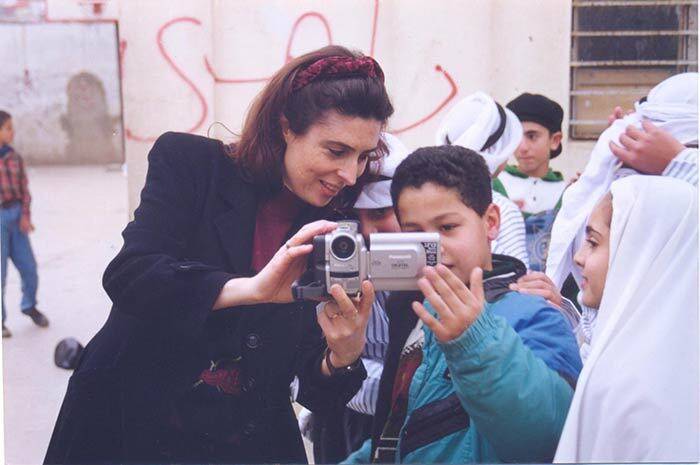 Issa and Farah were both 11 and 12 years old children living in Shatila. The camera was, to them, like a toy that they were excited about. One of them interviewed an old man and the man was touching in telling his stories. He told them “promise me you'll never forget Palestine '' and the whole film was about the connection with 3rd& 4th generation through the memories that have passed on into new generations with a lot of playfulness and spontaneity.

Through the stories of Farah (11 years) and Issa (12 years), the “Children of Shatila“ movie  by Mai Masri explores the imaginary world of children where play, dream and fantasy help them cope with the difficulties of their everyday lives

Frontiers of Dreams and Fears 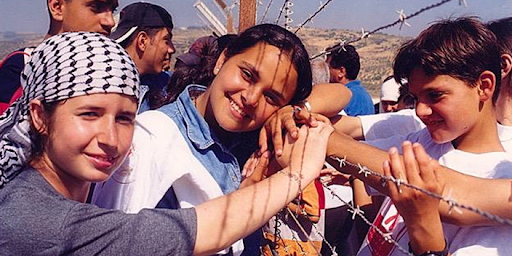 Mona and Manar are two Palestinian girls growing up in refugee camps in Beirut and Bethlehem. Despite the overwhelming barriers that separate them, the girls form a close friendship through letters and a dramatic meeting at the Lebanese border.

Shot during the liberation of southern Lebanon from Israeli occupation and at the beginning of the Palestinian intifada, frontiers of dreams and fears articulates the feelings, hopes, and growing activism of a generation of young Palestinians living in exile.

Mona, one of the movie’s main characters, uses poetic images and words, and talks about her dream of being a butterfly or a bird to fly to Palestine. Those words guided Mai Masri through the film. Fortunately, Masri was able to bring them together when south Lebanon was liberated. 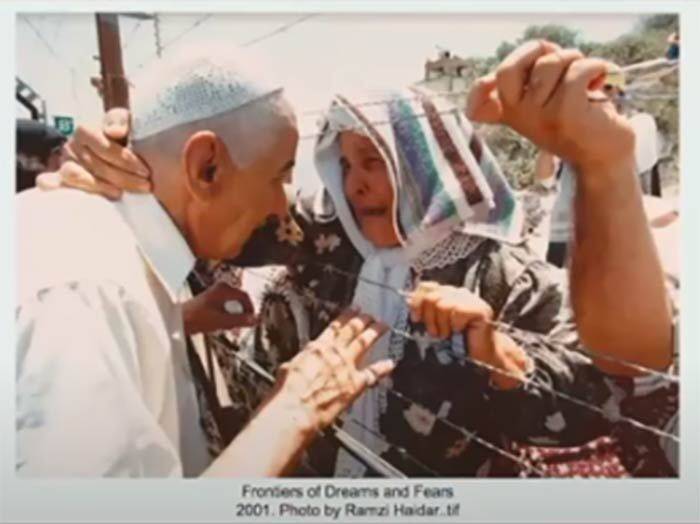 Three thousand nights is a film about a young wrongly accused Palestinian schoolteacher who gave birth to her son in an Israeli prison where she fought to protect him, survive and maintain hope.

As Masri says, she wanted through this movie to have more control of storytelling and to be able to work on different layers and recreate the drama of a child growing up inside a prison and a mother being able to create a world for a child who hasn't seen the world outside. This film, according to Masri, was the first narrative film of Palestinian female prisoner.

Three thousand nights is a film by Mai Masri about a young wrongly accused Palestinian schoolteacher who gave birth to her son in an Israeli prison where she fought to protect him, survive and maintain hope 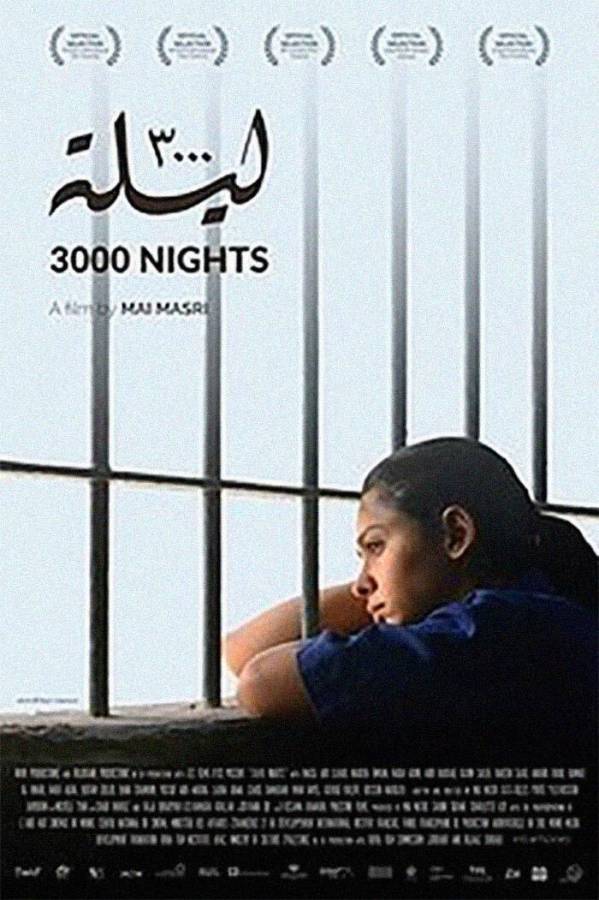 The Oscars and upcoming projects

After talking about her four movies, Mai Masri shared at the end of her conversation with Mikey Muhanna, the founder of Afikra, the things that currently occupy her. Masri is now part of Oscar academy that is why she is currently watching a lot of films.

Two of her upcoming works are a fiction movie to be shot in Nablus where she wants to go back and recreate history, and a documentary on Beirut during the uprisings focusing on 4 young artist women.

"A Rosy Palestine"... I Hold On to My Right of Return