During the early years of the Syrian war, Syrians sold their possessions and gathered their savings to round up the amount they needed to reach Europe through smugglers known as human traffickers, fleeing from a homeland in which living has turned into something like a living hell. Despite the perilous route there, the dream of migrating to Europe still haunts many people in the country and beyond. However, harsh conditions sometimes force some to embark on this journey alone.

In April 2020, young Syrians created the facebook group “Adventurers Without Limits” to help people who want to go to Europe without any smugglers or traffickers. It was quite remarkable how fast the idea gained popularity, as the number of followers reached 80,000 in just four months on the recently archived Facebook group, and about 21,000 on the Telegram platform. It also came after more than one hundred videos documenting the trips that they embarked on were published bearing their logo.

For Imad – the founder of the group – it did not need more than a backpack containing some of the basic necessities to embark on his journey and later on launch a large-scale adventure. He began his conversation with Raseef22 saying, “It will not be harsher than what I have seen in and outside Syria. I do not fear death, but rather I am afraid of going back to where I had come from.”

Imad – who prefers to speak under a pseudonym – tells us his story, “The idea came from my personal experience, as I started my journey to Europe free of the exploitation of smugglers, and I even dropped pins and markers for guidance on the way using Google Maps. Throughout the trip, my thinking was directed at how to reach my destination, draw the path, and save the route so that others could benefit from my treck. I had a desire to spread this idea and free Syrians from constantly being under the mercy of smugglers who deal with people like they are a cheap commodity. Their primary goal is to make money at the expense of people’s lives and dignity.”

The group, which is managed by volunteers, relies on the principle of electronic and informational assistance. Their working mechanism begins when admins create WhatsApp groups for those who are ready to begin their trek. According to what Hala – an admin in the group who had in turn followed the same route to reach Europe – explained, the group of no more than eight people is first gathered together then added to the platform. 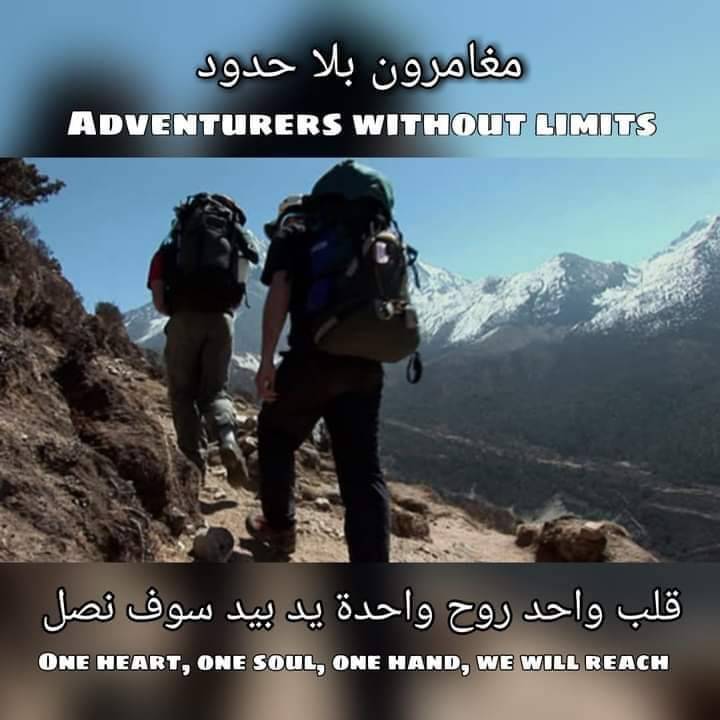 Hala tells Raseef22, “The group contacts us and informs us that it is ready to embark on this adventure, and that is when we send them the dropped pins on Google along with directions. We continue to remain in contact with them until they arrive. In case they need help finding necessities such as drinkable water or they encounter any problems, we send them the necessary information. Eventually, several doctors and pharmacists joined us to help people if they encounter any health problems on their way.”

Necessity, the Mother of Innovation

Imad attributes the popularity of the idea to the difficult financial situation that Syrians are going through, especially in Turkey, and thus their inability to pay the large sums of money that smugglers demand.

The mass migration of Syrians began with the outbreak of the war in their country, forming the largest wave of mass asylum seekers, whether by land or sea, all the way up till 2015. Between the years 2014 and 2015, the European Union recorded more than two hundred thousand asylum applications from Syrians. In 2020, Turkey announced the seizure of more than fifteen thousand illegal Syrian immigrants on its soil, second only to Afghan migrants.

As for the costs of this unorganized and perilous journey, they vary according to the timing of the trip and the route that could be followed. It may range between eight and nine thousand dollars, according to information provided by a Turkish website in March 2020, and it could reach up to fifteen thousand euros according to what was published by the Middle East Eye last April.

Thus, the services provided by “Adventurers Without Limits” seemed quite reasonable to many, as it is not a service for hire, and the trip itself does not cost more than two thousand dollars, but it is undoubtedly still difficult and not without risks.

I had a desire to spread this idea and free Syrians from being under the mercy of smugglers who deal with people like they are a cheap commodity. Their only goal is to make money at the expense of people’s lives and their dignity.

From Istanbul to Europe

Raed, a Syrian man in his thirties, takes charge of direct support for the groups on the road sbetween Turkey and Greece. He describes the stages of the journey to Raseef22: “Each stage requires several strenuous attempts to cross the border, and it may fail, depending on many factors, including luck. It is possible for a person to arrive in Europe within a month, and it is also possible for his journey to last for several months.”

He adds, “We take the road by foot to cross the border, then take cars inside the countries to travel. The starting line begins from the city of Istanbul following the preparation of the basic needs we had informed the group of in advance – all on the condition that an internet connection is activated using an international network bundle, and that each group must include a person who knows how to use the GPS navigation system to act as the route guide.”

The group heads out from Istanbul to the river that they cross with a driver under the supervision of several people in charge. Then comes the stage of treading through the forest on foot, with the journey afoot to Greece commencing after that. There, the dropped pins lead them in the direction of the Greek port city of Thessaloniki, and upon arrival, the next stage begins in order to reach Albania, then Kosovo, then the Serbian capital Belgrade, to finally reach the tri-border area between Serbia, Romania and Hungary, which is the final stage. There, the group waits for the fog to descend in order to cross the triangle border zone and reach Hungary and then head on to Austria, and here the group has reached the heartland of the European Union.” 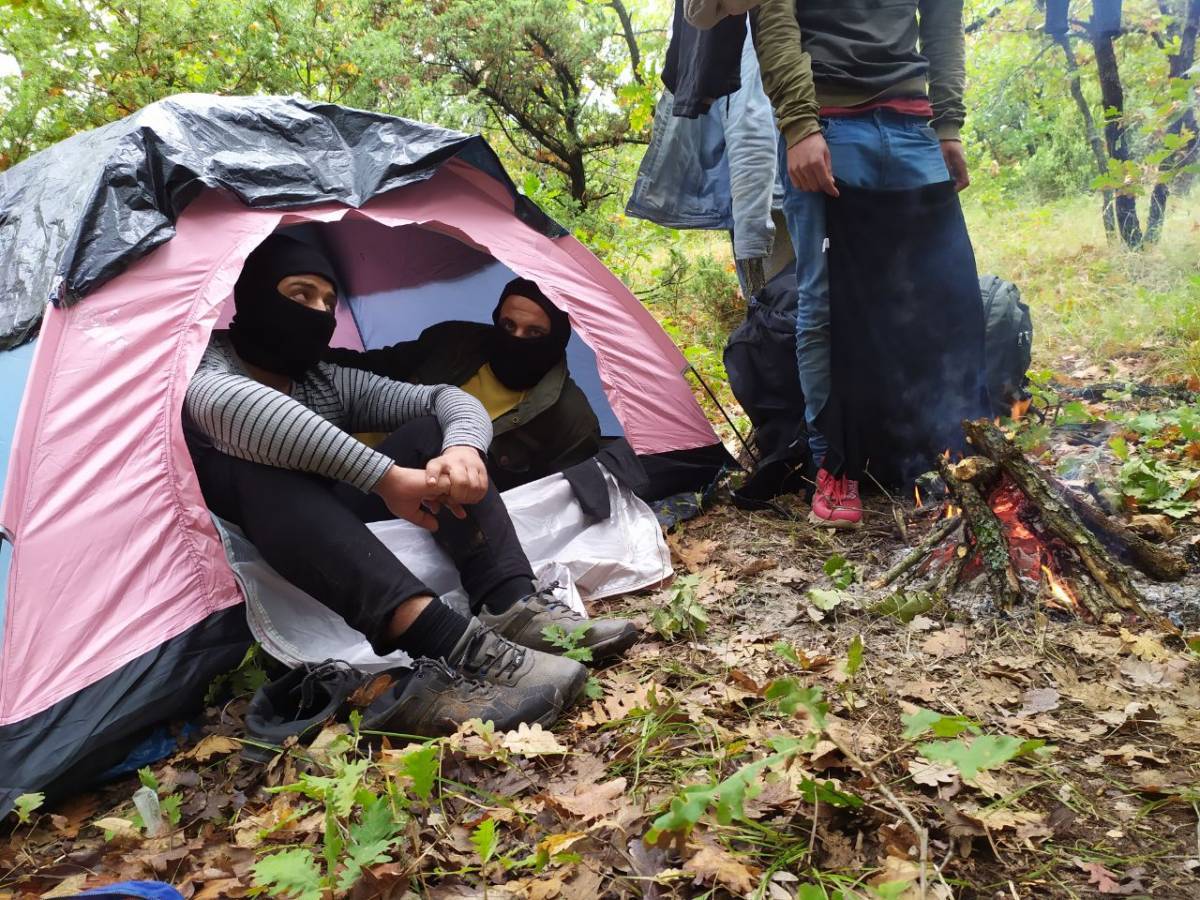 Regarding the number of people who arrived in Europe through the group, Raed says, “It is not possible to accurately estimate the number, but in total there were about 320 groups that left, each made up of seven or eight people. A large number of them arrived following several attempts while some returned due to not being able to withstand the harsh trek.”

He goes on to say, “The greatest possible risk is the return of any person to the country from which he/she came. This possibility is real whether a smuggler is involved or not, but the only difference is that a smuggler or trafficker charges large sums of money and, in many cases, abandons people in the middle of the road to cut down on the fee of transportation via cars.”

Hundreds of people die or get lost every year as they attempt to traverse the path from their conflict-torn countries to safer regions. These fatalities occur due to issues including injuries, fatigue, exhaustion, hypothermia, road accidents, and drowning.

The Missing Migrants Project, supported by the International Organization for Migration (IOM), keeps track of the numbers of those missing. The Mediterranean has the largest share, as the statistics published on the project's website show. In the year 2020, about 1,400 people drowned in the sea waters of the Mediterranean – a number that is less than in previous years, which saw a number of 1,800 in 2019 and 2,200 in 2018. As for this year, it has so far carried the news of 115 people drowning in the Mediterranean alone.

Hala narrates the challenges of the journey, “The road is harsh and needs a great deal of energy and resilience, especially in the cold weather, during which it is not recommended to travel at all – whereas the best times for travel are during the spring and summer seasons. The roads that migrants must undertake are mostly rough terrain. It starts by climbing mountains into forests and then having to hike at night without turning on any lights in order to maintain traffic secrecy. All this comes in addition to the difficulty of escaping if the case of an ambush on the border, as well as the need to run long distances and cross the river and border area between Turkey and Greece.” 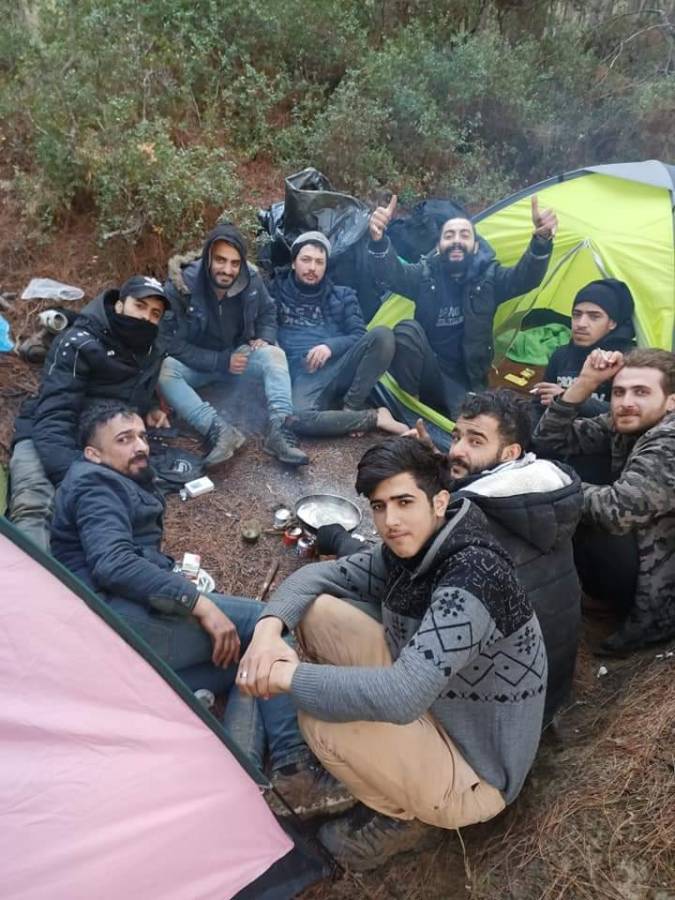 In addition to that, adventurers may face inhumane practices along the Turkish-Greek border. Hala was a witness to some instances, where soldiers may throw people into the river while mocking them. Some of them would drown and die, and the problem is that a refugee cannot document what happens to him/her.

As for the other type of challenge, it is health issues and problems that may arise, such as poisoning due to drinking fresh spring water, which is something that one must be careful of. The group must also be aware of encountering gangs while on the road, which, according to the person in charge, is also a likely possibility.

Fatigue is Irrelevant, I Want a New Life

Securing the required amount of money ranging between 10,000 and 12,000 US dollars in order to reach Europe through human traffickers has become a vague dream. That is why many Syrians, and people from other nationalities, tend to travel without using smugglers with the help of “Adventurers Without Limits”. According to its forerunners, the cost of traveling the route including personal expenses and transportation does not exceed two thousand dollars.

1 of 7 people in our group can’t go on and doesn’t make it to Europe. Death on the way is the last thing on our mind, our first concern is not to go back to the misery we lived in. Ten years of our lives were wasted to war and displacement

Iyad is a pseudonym for a young man who left Syria for Turkey three years ago due to the destruction of his house and his shop – his only source of livelihood. Due to the lack of work there, his limited savings were gone in a flash, and he could no longer pay the rent or even the basic necessities to live on, so he decided to migrate to Europe via the group.

Iyad recounts his experience to Raseef22, “I heard about the idea from someone who arrived in Europe through the group. After communicating with those in charge, they asked me to prepare the items I would need for the journey. The supervisor added me to a WhatsApp group that includes others wishing to travel, and they asked for personal IDs to confirm our identities. I took point when it came to tasks like leading and finding the correct route, and we agreed on the gathering point and a specified time. We were provided with the driver’s number that would first transfer us when starting out from Istanbul. We also contacted the founder of the group to provide us with the dropped map pins as well as the number of the supervisor who will be following up with us.”

The road is long, tiring, and difficult, according to Iyad, but it is still better than going with a human trafficker and paying astronomical sums of money with the high possibility of being scammed. He adds, “One person in our group could not go on but seven were able to complete the journey. Death on the road is the last thing I think about. My first concern is not going back to the misery that I used to live in. Ten years of my life were burned away by war, displacement, and homelessness.”