What would happen if we swapped our gender roles for a while? What would differ if you are male and presented yourself as female? And what could go wrong in the system of an already dysfunctional planet if you were a woman who played the part of a man in order to deliver a specific message through your performance?

‘Queens of Change’; this was the title of an event held in the ‘Joumana Haddad Freedoms Center (JHFC)’ in Beirut, where I found myself pausing before the poster of a bearded young man wearing makeup and women’s clothing, with the stage name: Zuhal. (Saturn)

It wasn’t the first time I’ve seen this type of artform in which people present themselves in some shows and performances, but I hadn’t actually met any of these people.

‘Drag Queen’ is a term that has lately been used more frequently, but according to Zuhal, one of Lebanon’s most famous drag queens, this kind of art is certainly not new.

The story began with Zuhal (real name Ziyad) during his days as a university student, where he felt more inclined to play female roles and was able to better express himself this way.

According to Zuhal, this technique originated during Shakespearean times and literally translates to "the art of drag" or towing. During those times, women were not allowed to perform on stage, so men would take on the role instead and wear long costume dresses that would "drag" behind them across the floor, thus the term “the art of drag”. 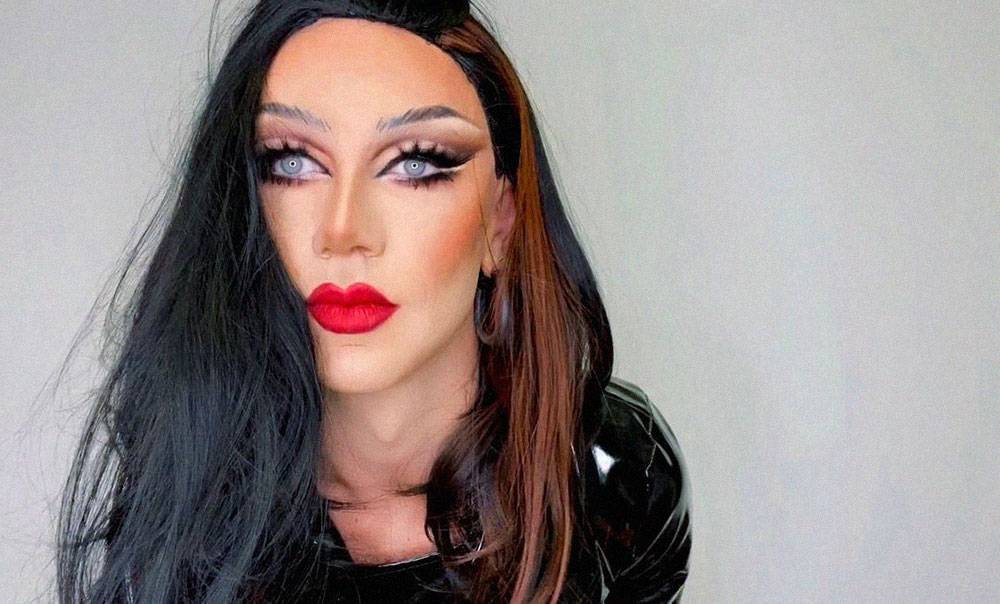 On the other hand, Leen, who performs as a drag king under the stage name Safa, says that the idea of a drag king spread in closed communities where women disguised themselves to be able to perform tasks limited to men only at the time, such as teaching. In the 1800s, this concept expanded and reached the theatre, after women took on male roles and became drag kings on the stage.

Many societies, especially Arab ones, do not accept seeing a man playing a woman, and vice versa, even if only on stage. And so the usual stigmatizing begins with various labels and accusations, calling them "queer” or “deviant", especially since the majority of drag artists belong to the LGBTQ community, where this art form evolved in the first place.

Besides the hostile attitude they are subjected to due to their sexual orientation, ridicule towards them by most members of male-dominated societies also increases. However Zuhal is not concerned with issues like mockery and ridicule, saying he sometimes considers it a good thing since anyone watching a drag queen may be shocked at first glance, but will later on become aware that this domain exists in life and that he must accept it.

But what about the young woman playing the role of a man? Does this put patriarchal societies and their prejudiced attitude a little at ease? Leen says that the attitude towards drag kings is not any different, due to our societies’ predefined gender roles and stereotypes. Since a man must always be strong and powerful, and a woman must be weak, quiet, and soft, the mere breaking of these pre-set rules turns the issue shocking within societies. 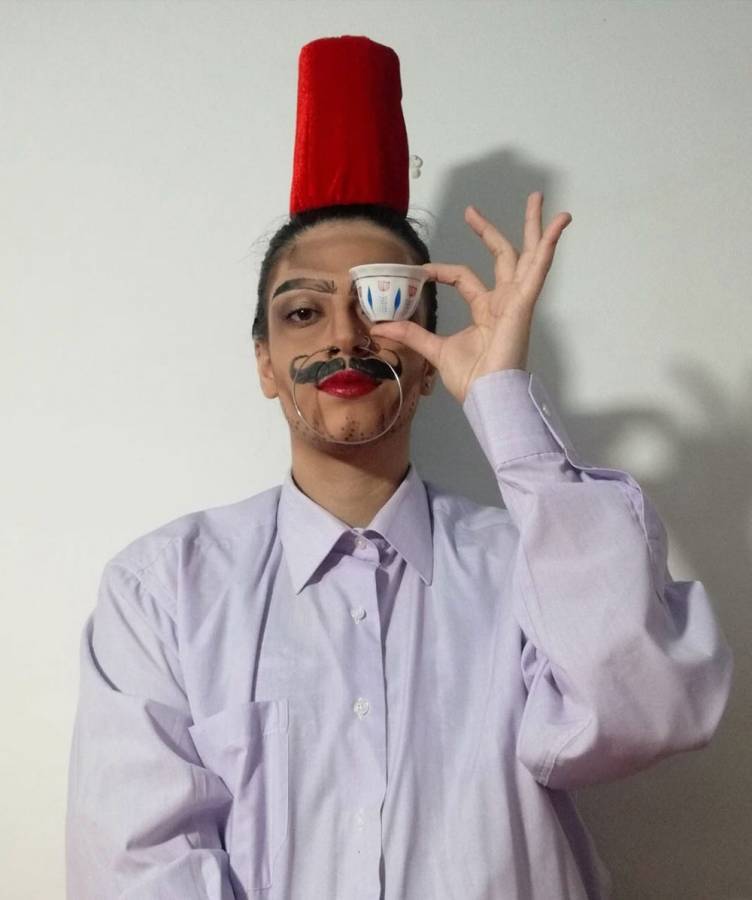 Due to their marginalization by society, drag kings and queens find it hard to perform their shows. These artists are generally unsupported artistically in the Arab world but are constantly trying to find ways to reach their audience. It was perhaps from this standpoint that the idea of their “houses” originated in order to support one another. Zuhal says that a drag artist may turn to another, more experienced predecessor who would adopt him/her as a son or daughter. This is how drag families gradually expand and create a safe haven for one another where they can express themselves easily.

According to ‘Zuhal’, drag kings and queens offer a variety of shows ranging from lip-sync skills – which consist of singing songs only through lip movements and physical performance – to comedic acts or dramatic shows with social or political messages. When it comes to makeup, a drag king would focus on reducing the size of the eyes, unlike a drag queen who would deliberately exaggerate his make-up in order to display feminine features.

During Shakespearean times, women were not allowed to perform on stage, so men would take on the role instead and wear long costume dresses that would "drag" behind them across the floor, thus the term “the art of drag” #DragQueens

Leen says drag makeup is not bound by any set rules. Like her, some combine masculine with feminine makeup, for she asserts that this method is currently being used more by drag performers given that they are trying to break the idea of gender stereotyping, whether for males or females. We may find a drag artist with male features and a beard wearing makeup, heels, and a long wig. 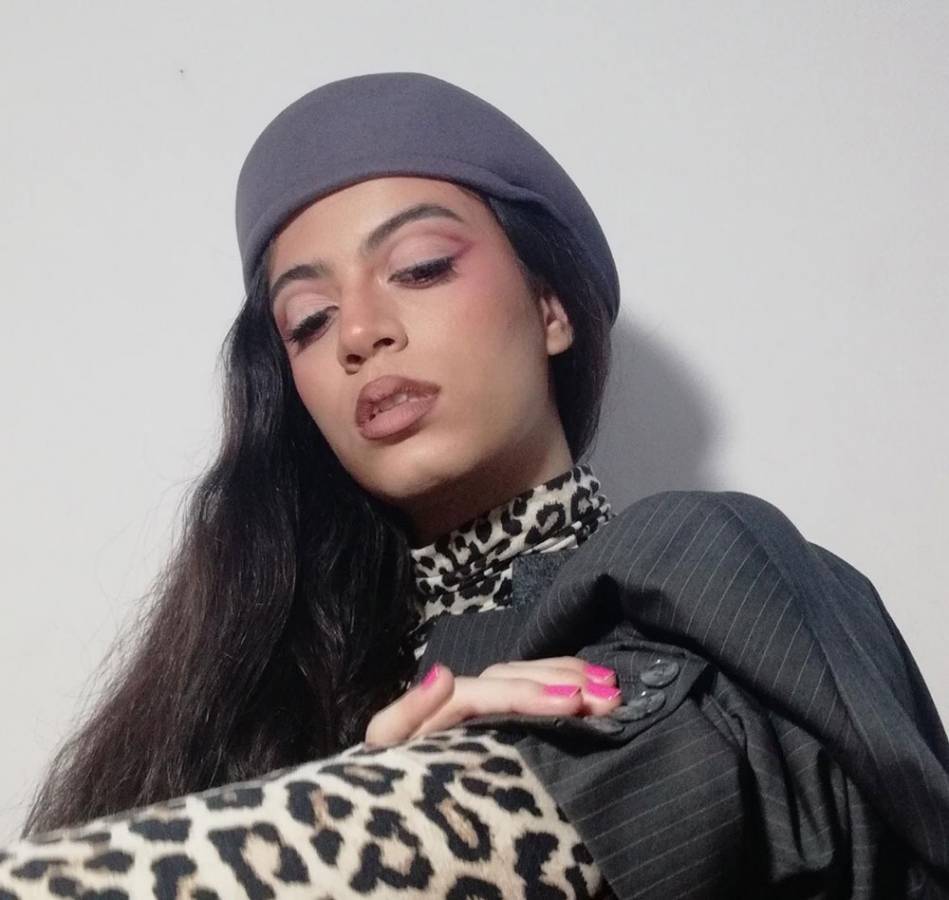 Some may then wonder what the difference is between them and Arab actors and actresses who play roles of the opposite gender?

Leen agrees that there are many Arab artists who have portrayed roles of the other gender in theatre, TV, and cinema – such as the character “Fadia” performed by actor Fadi Raidy – but what they do relies on a singular script meant to amuse and entertain the audience. Meanwhile, drag performances carry a deeper meaning and unique message that set them apart from other artists.

At a time drag kings and queens seek to raise awareness about gender identity and thinking, they also fall victim to false stereotypes. Many think that everyone who carries out drag performances is homosexual, but Leen states that this is not necessarily true. Even though drag art is closely tied to the LGBTQ community, there are performers who are not homosexual or transsexual, and their homes are not reserved for sex work as some people believe, it is merely a metaphor meant to keep the notion of a single ‘drag family’.

Leen adds that it is possible for a drag queen or king to perform in their original appearance without switching genders, and it is not necessary to follow a certain pattern, since this art allows for the absolute freedom in choosing form and gender in a performance. 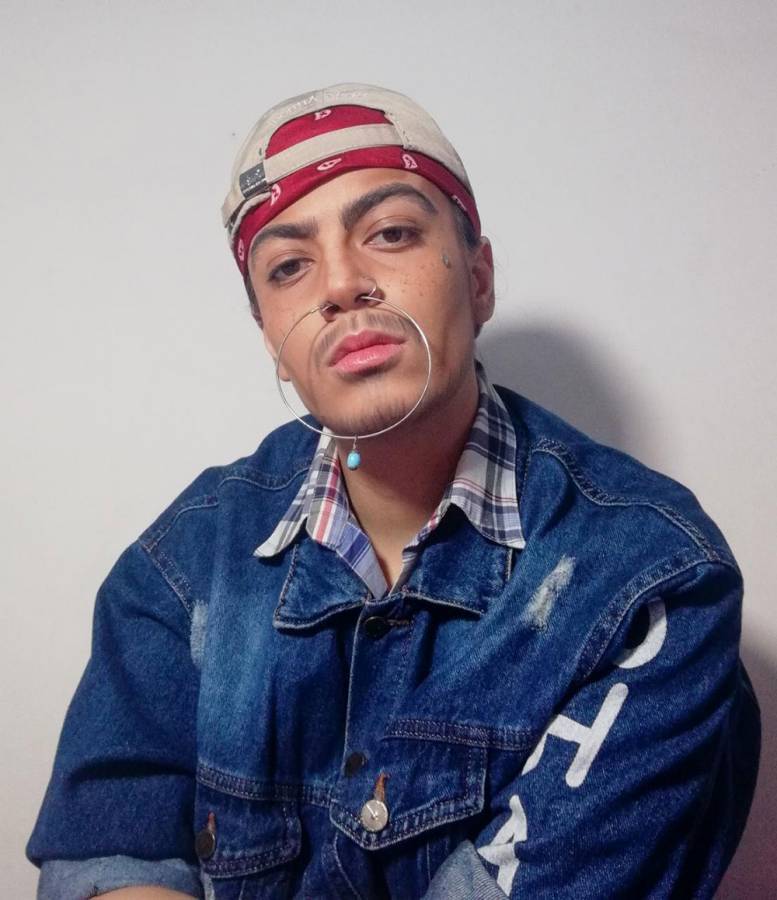 Zuhal asserts that drag artists can be found all around us in the Arab scene, such as Lebanon’s Bassem Feghali and Egypt’s Ziyad Traboulsi, as well as “Phonx Arabia” in Morocco.

Many believe that the majority of drag artists only perform cynical comedic acts, however this is not the case, since they also offer various creative ideas far from comedy. A drag performer may practice his/her art as a profession or a mere hobby.

The drag king and drag queen defied concepts; A man would wear lipstick, nail polish, artificial lashes, and glittery dresses, and a woman would have muscles, a moustache, men’s shoes, and a beard. According to their mindset, gender has no set roles.

Whereas when it comes to the law, Zuhal says that there is no law in Lebanon that criminalizes drag artists. However, if authorities wanted to repress and prosecute them under preconceived prejudices and without any reasonable cause, then they are usually charged with sex work or drug dealing. 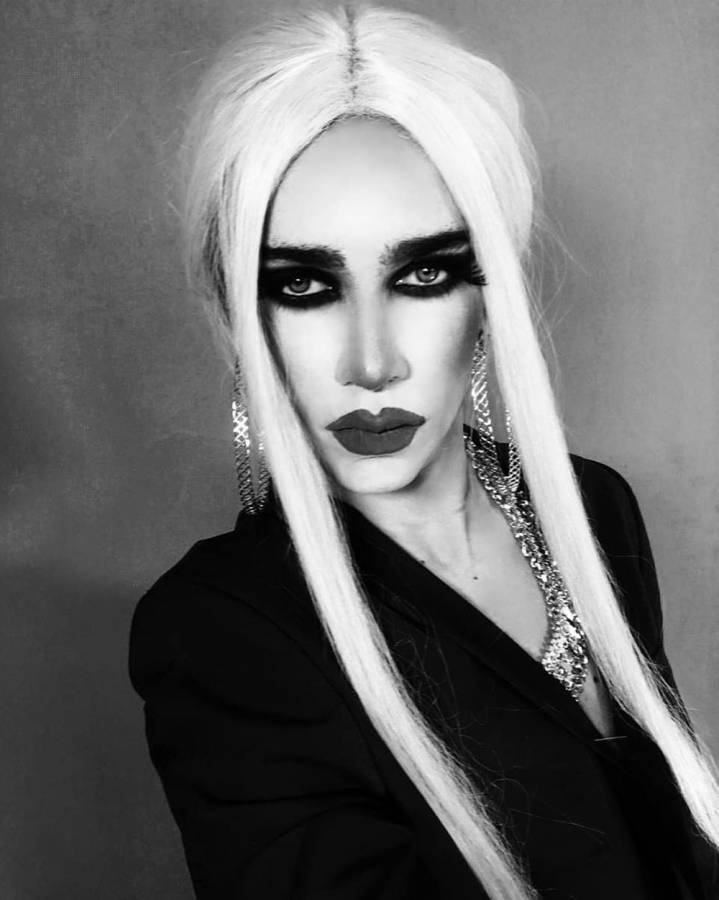 “This is masculine behavior, don’t do it,” and, “This is too feminine; don’t act like a girl.” These are a sample of phrases we hear from our parents throughout childhood, all so that boys and girls grow up with strict guidelines they must follow, starting from simple things such as the way to walk, talk, act and dress, to more important matters like marriage, work, and way of thinking. Meanwhile drag kings and drag queens have broken all these traditional taboos and ridiculed society’s myths regarding masculinity and femininity.

They defied and challenged these concepts; Thus a man would wear lipstick, nail polish, artificial lashes, and glittery dresses, and a woman would have muscles, a moustache, men’s shoes, and a beard. According to their mindset, gender has no set roles, nor any rigid plastic stereotypes stuffed with pre-existent ideas and traditions.

What Would Ancient Egyptian Music Sound Like, If We Could Hear It?

Inside The House of Michel Aoun: A Feuding Dynasty