How many a laugh, tear, or kiss those narrow seats bore witness to and kept secret for those that lived them? They may be small seats but they have plenty of space to carry all manner of emotions that came together in front of the big screen.

It did not matter what the screen played as long as they sat before it in those moments. How many a fleeting flash-light from the control room above caught clasped hands beneath the seats – in front of that screen?

Such questions were answered through stories of young men and women from different generations, after having a sit-down with Raseef22. Their pasts may have differed in many ways, but their memories reunited in front of the main doors of an old theatre, cinema ‘Ayyam Zaman’ (or The Old Days) in Amman.

“Abi Foq Al-Shagara” or “Film Al-Milyon Koblah” are some of the mentioned films by three ladies I interviewed for this article. They also referred to the films of Farid al-Atrash, a number of Indian films including “The 3 Brothers”, and of course an abundance of “love and romance movies”, as the ladies dubbed them. These ladies were not only from the same generation, but they were also close friends. To shed a light on several stories, I also spoke to a different generation of cinema lovers who lived out their “adolescence” in Amman’s movie theatres.

Before we set sail into an ocean of stories and cinema, it is worthy to note that the most notable old theatre halls in Jordan were: “Al-Fyoumi, Zahran, Al-Batraa’, Basman, Raghdan, Farsay, Al-Hussein, Filasteen (Palestine), Amman, & Al-Kawakeb .” Over 17 theatres such as these have disappeared over the years and been replaced by cinemas, found only in malls across Amman, scrambling to present the latest techniques in movie screening. 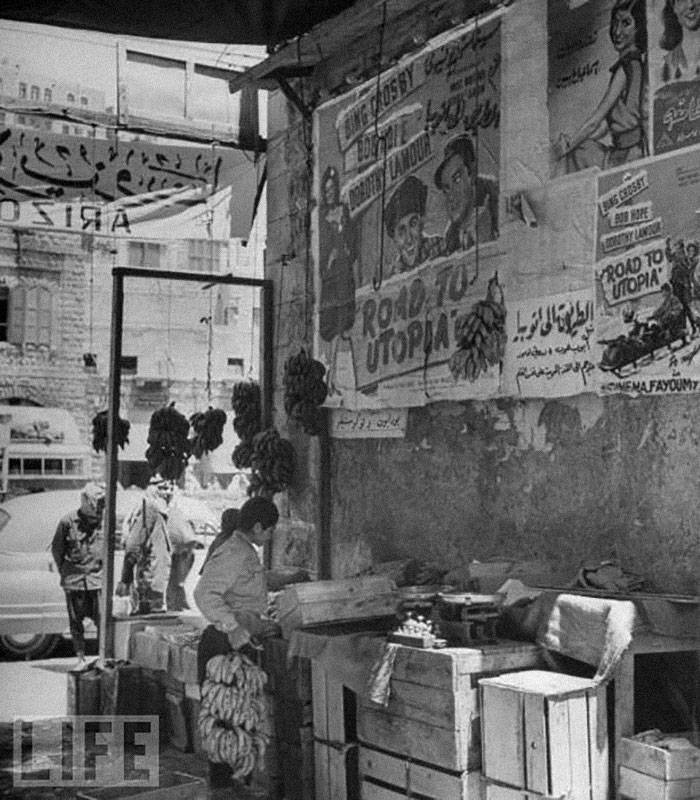 “He Resembled My Beloved”

Sabah (alias), 66, refuses to allow anyone else to recount her memories from the ‘Ayyam Zaman’ cinema in Jordan. “No one knows them as much as I do,” she tells Raseef22, especially the Mahmoud Yassin films that were screened there, “because Mahmoud Yassin resembled my love,” she said shyly.

However, she soon overcomes her bashfulness as she recalls that every Tuesday, a new film would be showing in Amman theatres such as those of ‘Zahran, Al-Hussein, & Basman’, where she would take her nieces despite their young age.

When asked about the films “Abi Foq Al-Shagara” or “Film Al-Milyon Koblah”, her memory takes her back to the time right after they began showing in theatres. She and her older sister hatched a plot to deceive their parents into thinking that they were invited to a friend’s wedding. She says, “We made sure to make the lie convincing enough, so much so that we told them our friend was Christian and the wedding was going to be in a church,” especially since the showing time of “Abi Foq Al-Shagara” coincided with the timing of church weddings in Amman. Before I could ask her, she added, “Yes, we saw the movie with the person you have in mind,” referring to her boyfriend.

Nine was the number of times Nahed went to see “Abi Foq Al-Shagara”. As she recalls, her companions to the theatre varied: “I went with my sisters, my friends, and with my ...”, she paused and stifled a laugh before adding: “The ticket cost half a dinar"

Nine was the number of times Nahed (alias), 70, went to watch “Abi Foq Al-Shagara”. As she recounts to Raseef22 that her companions to the theatre varied, “I went with my sisters, my friends, and with my...”, she would pause and stifle a laugh before adding, “The ticket price was half a dinar. I saw it in the Raghdan, Al-Hussein, and Basman theatres, and more than once, my friend’s boyfriend would pay for our tickets.”

Despite having viewed “Abi Foq Al-Shagara” nine times, Nahed kept the entire affair hidden from her father God rest his soul, since “there were a lot of kissing scenes in the film,” which are “forbidden” when it came to her father. She discloses, “Whenever a new film would be showing, my father would go with his friend to watch it in order to inspect it. If the film was free of any immodest or indecent scenes, he would surprise me and my siblings with tickets to go see the movie.”

Nahed goes on to remember her days in the ‘Ayyam Zaman’ cinema, saying, “Our lives, minds and souls were cinema.”

She concludes with, “It is difficult for me to recount all my memories in the cinema… If we went to the theatre today, we wouldn’t feel the same happiness we felt in the old days. Films have changed and we have changed, and even romance is dead. Whoever wants to go to the theatre should be living a love story. My wish is to go back in time and go to the cinema with my first love, then repent and die.” 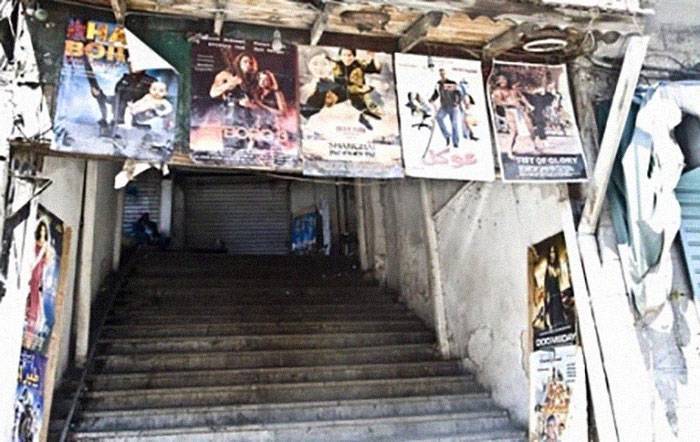 Tears From Beginning To End

While heading to the ‘Basman’ cinema on her way out of school in the Jabal al-Nadif area, Maryam (alias) and her friends make sure to fill their purses with tissue papers ahead of watching the latest Indian film released in Amman’s theatre halls in the 1960s. The lady in her early sixties states, “We got used to filling our purses to the brim with tissues when we went to see any Indian film in cinema, since we would not stop crying from the moment of the film’s beginning until the its end, sometimes even on our way walking back home.”

“I was well-behaved and didn’t have any of what you have in mind,” she would joke as she recounted her memories in the theatre, “I love Naglaa Fathi very much. I remember watching her movies with my classmates in the ‘Rinbo Cinema’ (‘Rainbow Cinema’). I also loved her acting and the way she looked.”

She goes on to say, “The first time I ever ate cashews was in 1978 in the Basman Cinema… when I got married. My husband took me to the theatre and before we went in, he bought me some toasted cashews. I thought they were giant peanuts that tasted really good.”

In spite of having grown up and gotten married, Maryam kept her love for Indian films and continues to watch them. She concludes with a memory from that time, “Once, my husband was out of town, and I went to watch the film ‘The Three Brothers’ with my cousin and my aunt [his mother]. When my husband found out, he grew upset and called me in anger to say, ‘Isn’t it disgraceful that you go with your [male] cousin to the cinema?’ I replied with ‘It’s not like I’m going on a rendezvous.”

Replacing The Film On Screen With A Pornographic Film

Memories from the ‘Ayyam Zaman’ cinema do not solely belong to the generation of women I spoke to earlier. There were those who spent their teenage years during the nineties there and accumulated a fair amount of memories with the theatre. One such man is 30-year-old Khaled (alias), who takes us back in time to reminisce his own teenage years in the ‘Al-Jameel’ theatre hall.

He begins, “We would skip school, which was in the middle of the market. There was a nearby cinema called ‘Al-Jameel’, and there was a man who would stand at the door. I remember he had a lot of thick hair. Around noon at 12 o’clock, he would come out and yell, ‘It’s starting! It’s starting!!’ There would be a sudden scramble by a crowd towards the ticket booth.”

He continues his story, “One day, I decided to find out the secret of this overcrowding when that man would yell out ‘It’s starting!’ After successfully entering the screening room, I discovered that the movie being shown is a very old Indian film that is cut a while later and replaced with a pornographic film instead. Halfway through the film, a cinema employee comes in carrying a lantern (lux) and would kick out any kids he finds in the theatre… Many a time I was one of those kids,” Khaled laughs.

A Place For Smoking & Sex

“My experience with cinema came at the end of this beautiful time period… Cinema meant wonder,” so says Wa’el (alias) during our chat. The man in his early thirties told us, “My first encounter with the cinema screen was a film with an adult rating in a theatre hall in the Irbid Governorate. It was a pornographic film that was viewed by a single category, which are teenagers looking for a place to smoke and for sex.”

Meanwhile, the Amman cinema that Wa’el would frequent all the way from ‘Irbid’ in the north also takes up a big part of his memory, according to him, “I pursued it in my late teens, after I became bolder when it came to expressing myself and my emotions. As many others in my generation, we would go and reserve the back row a day before we were set to attend the cinema with our sweethearts. From those seats we could hear the sounds of friction of palms… as well as other things.”

With An Eye On Lebanon, Is Jordan Really A Hell Hole?

Double the Fear... The Frustration of Reporting Sexual Harassment in Jordan