This piece is part of Beirut Without Windows, a Raseef22 series, made possible through a grant from QARIB project led by CFI and funded by AFD and

One must listen to them carefully to understand that while pain is universal, it is also utterly private. We cannot know whether our pain is like anybody else’s pain until we talk about it. Once we do that, we speak and think in ways cultural and individual. 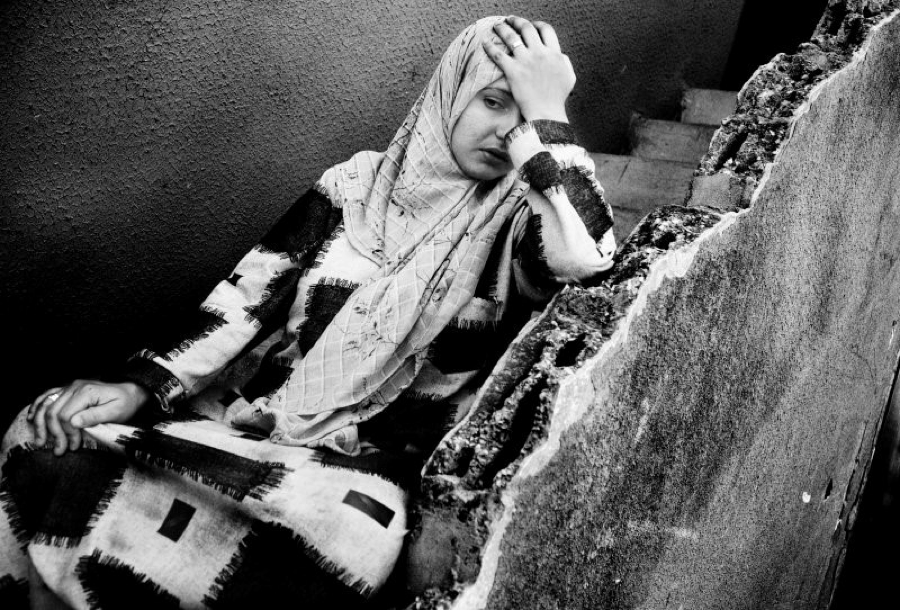 It was July 2006, the TV was on, and every time a bomb went off, my mother would point and say, "That's our building!" Bombs rained here and there, and what was once a neighborhood became nothing but rubble over rubble, reeking of death. My mother woke us up early in the morning, and I did not understand what was happening, but I can never forget her arms around us or my brother's determination to sleep despite the noise. We spent the summer in my village. We were seven families living in one small house.

I remember the men sleeping outside on the terrace, and us, the children, positioned one after the other depending on size and shape. My aunt's husband wrote a song and hung it on the bathroom door to chant every time a person takes too long in there. We ran out of mattresses but never out of empathy. I remember the truck parked next to the walnut tree, with a man dressed in black, giving my aunt blankets, canned food, even pots and pans.

We watched from a distance the smoke. Day after day, the war went on. We played cards and watched the adults try to hide their tears. We played tennis, went on picnics, never too far, keeping an eye on the smoke in the sky. Though it was war, we did not feel it. We were together, playing with old newspapers and climbing trees. After 33 days, we returned home to a promise.

The promise of the man who leads the Hizballah forces. The promise that he would rebuild our homes. When I walk today in the suburbs of Beirut, I count every building that is stamped with the word "الوعد" translating to "the promise." I have spoken with many who consider the year 2006 as a victory. But I remember the week after the war ended, we were driving back from nature into a dusty city. People were wearing masks, and my parents instructed me not to look outside the window. I did, unfortunately, look outside onto a world that I no longer recognized. 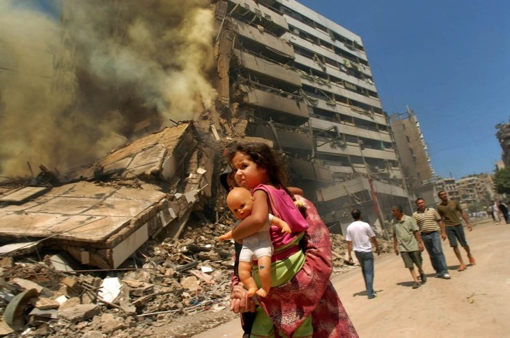 The pain of living in Beirut is endless. I heard countless bombs go off. There is one I remember distinctly because I was alone at home. It was very close. The building vibrated. The electricity went out, and my phone's signal was lost. When I heard the explosion, I ran around the house panicking, listening to the neighbors' footsteps running on the staircase. Do I leave, or do I stay? I stayed for the second bomb, and then, I surrendered to the floor, covering my head, and screaming. This was in 2014, in the suburbs of Beirut again.

August 4, 2020: I am sitting at home with a new haircut. I am standing in the kitchen when the ground beneath me starts shaking. I turn to run, but I feel imbalanced. My brother comes quickly. We stare at each other. Pause. Cabinets blast open. My brother wraps his arms around me. We hear a familiar sound. 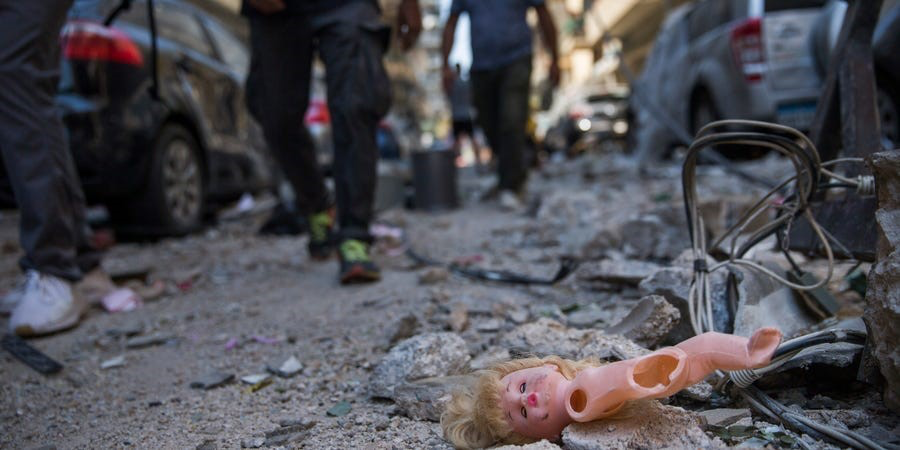 I look outside, and I see broken glass. People by their windows searching the sky. They often come from the sky. Where is the enemy?

The Shiites trembled with memories of the past as if anticipating death and displacement. Are they coming after us?

There is no discrimination when it comes to pain. All mothers who lost their children can attest to that. When a group of people experiences war and trauma, there is no doubt of their empathy. They are reminded of those days when they had to run away from home and live with fear that they will never be able to go back. In Lebanon, we must move beyond thinking of pain as an isolated experience. When buildings tremble due to an explosion or bomb, we all tremble together.

In both pictures above, there is a doll amidst the debris. The first, taken in 2006, a young girl is holding the doll, and she is carried by, whom I assume is the mother. While the other doll, photographed in 2020, has broken limbs, shattered glass above her head, and no child is around. Photographs, fragmented and fleeting, invite a comparative perception where two incidents are equally distressing. "Like the dead relatives and friends preserved in the family album, whose presence in photographs exorcises some of the anxiety and remorse prompted by their disappearance, so the photographs of the neighborhoods now torn down, rural places disfigured and made barren, supply our pocket relation to the past," illuminates Susan Sontag. 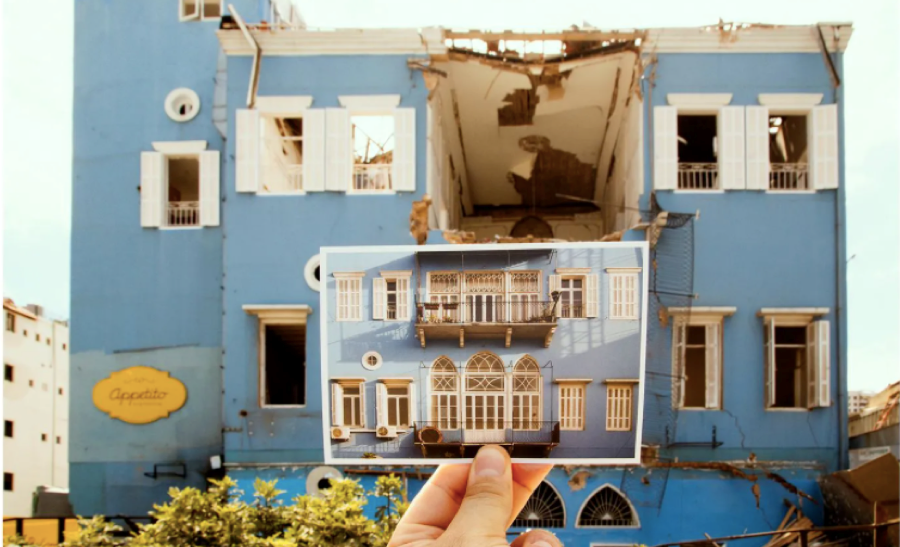 On Destruction and the Nostalgia of a Vanishing Beirut

Between Recovery and Justice: Trauma and the Beirut Blast