"I cry for the future we lost, but grateful for the past and the memories we had. You completed me beyond words"

With these words, Zak elegized the passing of his human rights activist wife – or as he called her, the "activist of peace" – Somalian-Canadian Almaas Elman, who was killed along with her unborn child on the night of 22 November, after being shot in the head in the Somali capital Mogadishu by an as of yet unknown shooter.

In a series of tweets Zak wrote on Twitter, he said: " I lost the love of my life, my best friend, my soul mate. I lost my wife and my unborn child. Two years ago you held my face when we got married, today I held your face when I went down in the grave with you. My heart is broken”. 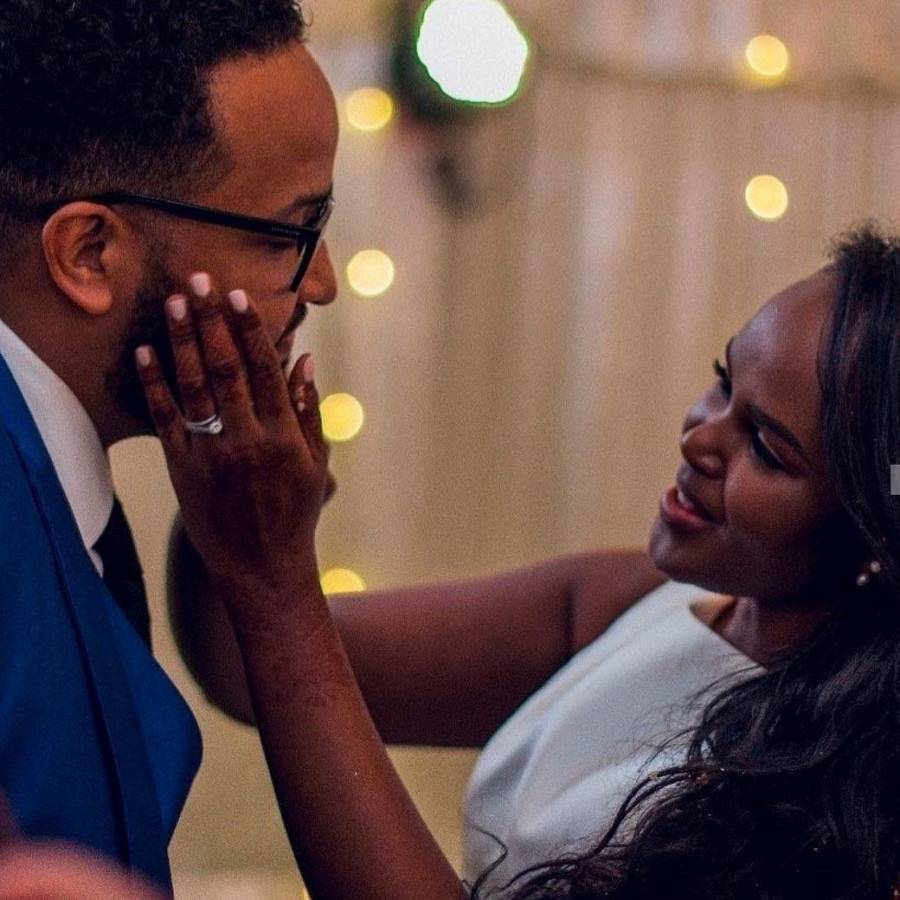 In his message, Zak wished that his wife – who worked in the field of social justice, women’s rights, and rehabilitating children affected by conflict in Somalia – to land in the "highest place in heaven", and for him to "reunite with her soon" – finishing his message: "I love you forever."

Elman comes from a family with a track record of working to entrench peace in Somalia. Her father Elman Ahmed was assassinated in 1996 – while her sister Ilwad was nominated for the Nobel Peace Prize in 2019. As for her mother, Fartuun Adan, she founded the Elman Center for Peace, an organization that works towards entrenching peace in Somalia.

Zak's elegy to his departing wife takes us back to other messages that carry personal pain between their lines: the pain of a departure that is difficult to get past, especially that which often increases with the passage of time.

Often, tears dry up with death, and words are trapped – what can be said? And can words express the sheer scale of sadness or anger without betraying true feelings?

Many have attempted to write down the feelings accompanied with the departure of a loved one, perhaps with the hope that these elegies would reduce from the pain of the death, or that it would somehow reach the concerned person. Who knows? Here, we cover a few of them.

They Killed the Messenger

In 1981, the celebrated Syrian poet Nizar Qabbani lost his Iraqi wife Balqis al-Rawi while she was in the Iraqi embassy in Beirut, after a car bomb exploded, killing over sixty people. 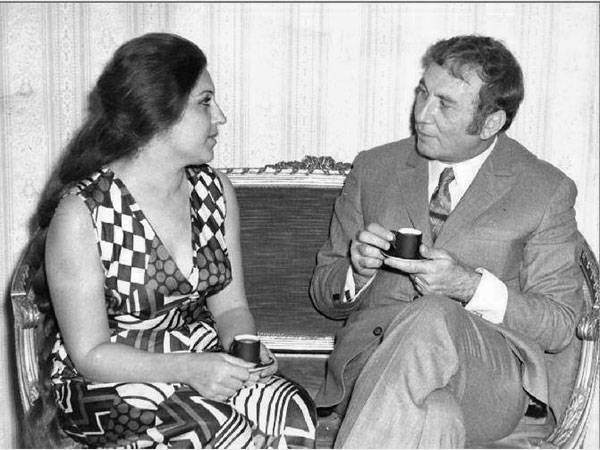 After her passing, Qabbani dedicated a recorded elegy – eighteen minutes long – titled "Balqis". Here are some of its words:

Thank you all
For my love has been killed… and now you are able
To drink a glass on the grave of the martyr
And my poem has been assassinated
And is there any nation on earth
Except us – that assassinates a poem?

I will say during the investigation:
That I knew the killers
And I will say:
That our Arab age is specialized in the slaughter of jasmines
And with the killing of all prophets
And the killing of all messengers
Even the green eyes
Are eaten by the Arabs

I ask you for forgiveness, for maybe
Your life was a ransom for mine
I know well
That those involved in the killing, wanted to
Kill my words
Sleep in the safety of God… O beautiful
For poetry after you is impossible
and femininity is impossible

And the Arabs will one day know

That they killed the messenger

They killed the messenger

Nizar Qabbani never recovered after his wife died in an explosion in the US Embassy, is his poem Balqis the best eulogy written? Ahmed Rami, was in love with Umm Kulthum all his life, he didn't want more than to be in love, for he was an Oriental man!‬

Al-Maghut elegized his wife stating that she was his "mother, wet-nurse, love and disease", pointing out that her opinion in his work was fundamental, for if she hesitated in front of him if only for a second, he tore what he had between his hands, and started again. "Otherwise, if she said 'nice' I used to feel a large comfort, she is my first reader and first teacher in poetry and in life", al-Maghut declared.

In his book "The Rape of Kana and Her Sisters" (Kana and her sisters are grammatical terms in Arabic that determine the form of the words following them), al-Maghut declared: "When she was sick, I sat by her side while she was on her deathbed kissing her feet which were punctured by all the needles, and she told me a phrase that I will never forget 'You are the most noble man in the world' ". As for al-Maghut, he would write on her gravestone: "Here lies the poet Saniya Salih, the last child in the world."

Al-Maghut revealed that he did not visit her grave except once, and that he doesn't display his sadness in the cafes and the streets, describing his feeling as a "very personal sensation buried in the depths without witness." He further expressed that Saniya was the "woman in all of what was written, and she is like veins of gold in the earth" adding "all women who came after her are stars that pass and are extinguished, and she alone is in the sky… and now I rarely see her in my dreams." 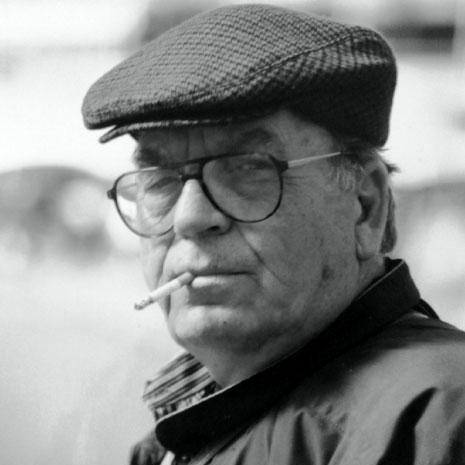 Al-Maghut somewhat blamed himself, declaring that Saniya was a "major poet that was not sufficiently recognized", which he believed could have been caused by her association with him which overshadowed her. He further declared that critics did not duly recognize her works lamenting: "The critics did not mention her in the history of contemporary Arab poetry more than atheists mention God."

He concluded that "Saniya was a huge poet in a small country, and amongst small critics."

Am I Late to See You?

"My beloved, cherished wife, today marks two years of our separation. Are you late to see me? Or is it me who is late to meet you? You have not left my eye, mind, memory, for you are still what strengthens me. My prayers for you have not ceased until I meet you."

These were the words of Egyptian actor Mohammed Sobhi to his wife Niveen Ramez on the second anniversary of her death on 6 December 2018. She departed in 2016 after struggling with breast cancer, leaving Sobhi to express his grief whenever and however he desired. He often appeared in television interviews crying when reminded of her loss, and does not pass an opportunity to express his love for her and how much he misses her on his Facebook account. 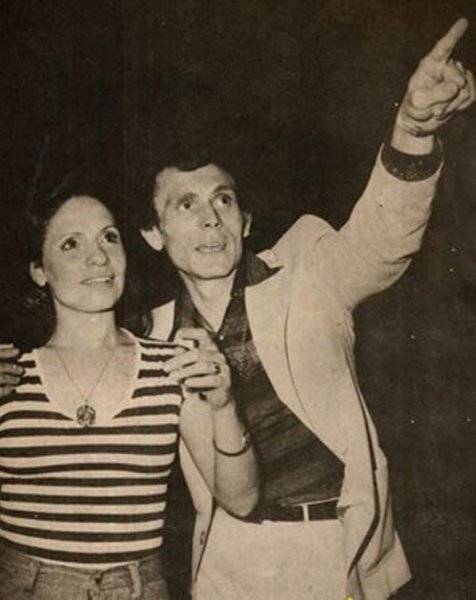 On the first anniversary of her passing, he published words that he had written twenty years before, affirming that his wife loved those words at the time: "If the woman had come out of Adam's rib, for you and all men came out of her womb: so be strong to safeguard her not to repress her. Be pure, gentle, honest, a friend not seeking to own her. She will grant you a bond with her life as the price, and if she departed this life before you she will leave you a fortress and the homeland" continuing: "My beloved wife, you are still amongst us."

Death can sometimes precede apologies, or any other postponed steps: this is what happened with Egyptian actor Ahmed al-Sa'dany who did not expect his divorcee Amal Soliman would pass so suddenly last August after suffering a severe heart attack, leaving behind two children.

On her parting, al-Sa'dani wrote a message in which he stated that he and his wife divorced because "as with many other young men, he did not know how to handle responsibility."

Al-Sa'dani confessed that he hoped to return to his wife once he reached a certain age, to allow him to "grow up and mature", but "time did not wait for him" in his words.

He wrote in colloquial Egyptian Arabic: "She died and departed and decided to leave me forever. I thought she would wait for me and I was sure of this, that it was impossible for her to love someone other than me, it never occurred to me that she could die so young; she loved life more than anyone I met."

He continued: "She died and left me two boys and regret… I love you, you were the hope of my life that is now gone" – before promising this time to take the responsibility of his children, pleading with his beloved to forgive him.

I Cry Her and Me

They were not united by a love story, or rather, it could be said that it was a one sided. We speak here of poet Ahmed Rami who loved Umm Kulthum and wrote the vast majority of her songs, including the renowned "You've confused my heart"

He used to say that he loved Umm Kulthum as much as he loved the pyramids: he never touched them, ascended them or entered them, but felt their greatness and grandeur and amazing art that they exhibited, prompting him to ask: "Have you heard of a man who married a pyramid or the river Nile?" 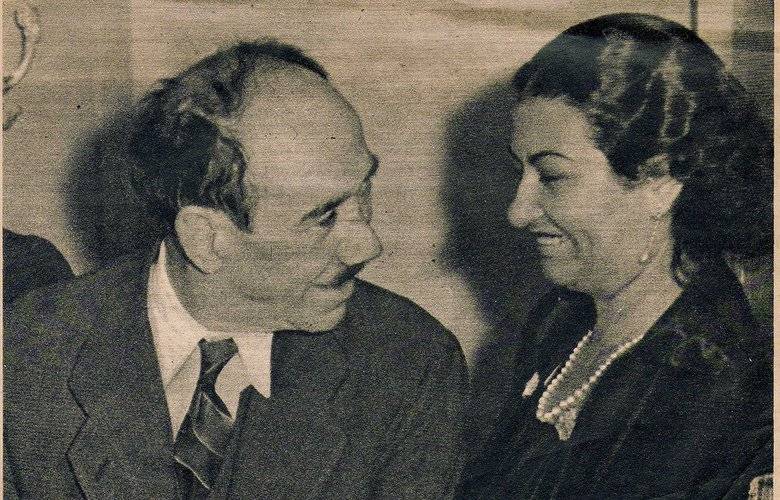 Ahmed Rami's son wrote that his father had his own rituals when attending Umm Kulthum's events, going well-dressed like a groom and only sitting in his same reserved seat (number eight), without taking anyone with him – not even his wife, who knew of his love for Umm Kulthum and did not object.

Indeed, in Rami’s bedroom was a picture of Umm Kulthum, and he also dedicated his weekly day off to spending it with her. It is said that he did not want a relationship with her because of his fear that his feelings would be extinguished, as would Umm Kulthum herself, as he would have opposed her being an artist as an Eastern man.

On her passing, Rami wrote and dedicated these words:

I used to hear her sing and she transported me
And today I hear her, I cry and so does she
And today, I have affection and affliction from the singing of my inspiration

Until I forgot the world and what it has

And I did not think, while my dreams talked to me late at night

I will stay up late in the memories of her nights

O jewel of art, most astonishing of its pearls

Glory to God, the Magnificent Creator of the world

No matter how much my being wants to depict her

There is no description enough or comparison

A Brief Love Letter From a French Woman: How I Learned Arabic

Arab Identity Is Primarily a Constitutional Matter; So Is the Arabic Language