Dark skin, colorful houses, vibrant clothes, a doorman, a house waiter. These are the images associated with Nubians in the collective Arab and Egyptian conscience—one of the most marginalized ethnic communities in Egypt. Only a small minority is aware of the history and roots of the Nubians, which dates back to the origins of Egypt’s history. Theirs is not a race that simply disembarked on the area comprising southern Egypt and northern Sudan. The Nubian ethnicity is characterized by its own particular qualities, traditions, and culture, living on the banks of the Nile throughout various African countries, of which Egypt is just one.

The Nubians in Egypt

According to a study published by Egyptian daily Al-Masry Al-Youm, citing the follow-up committee of the Nubian bodies in Alexandria, “At the turn of the twentieth century, Nubians lived in 39 villages spread across 350 kilometers south of Aswan, up to latitude 22 (Wadi Halfa), on both banks of the Nile.” However, since then, Nubians have been subject to displacement and were divided across various Egyptian cities, having been shifted away from the Nile that has long been the source of much of their livelihood. There have never been any attempts at reparations to the Nubian peoples. Hisham Gamal, Professor of Geography at Aswan University, says that the people of Nubia were displaced over four phases, beginning in 1898, with the construction of the first Aswan Low Dam. The first phase ended in 1902, and saw the displacement of Nubians from 10 villages.

The second phase began in 1912, when the dam was heightened for the first time, causing the residents of five villages to evacuate. As for the third phase, this took place in 1934 and saw the displacement of Nubians from seven villages. The residents later received a meager compensation. Then came what was referred to as the “Great Displacement” in 1964, evacuating 44 villages of their residents to build the Aswan High Dam, the brainchild of Gamal Abdel Nasser. Though the government attempted to compensate them, they found this compensation to be unjust, according to Hisham Gamal. The government assumed the costs of the Sudanese Nubians who were displaced due to the building, and reclaimed 15 feddans of land for each house, even those who did not own land. However, as for the Egyptian Nubians, many were left far worse for wear, as those who had five houses, for example received as compensation a plot of land that did not exceed 200 square meters. Gamal believes that Nasser’s main target in displacing the Nubians was to integrate them into the fabric of Egyptian society, due to their firm attachment to their cultural values and language, as well as their sense of privacy, rather than the declared reason (the dam). According to Gamal, Nasser feared that the Nubians would launch a secessionist movement, governed by their own sense of nationalism. Today, about 5 million Nubians are scattered in a diasporic existence. There are, however, no accurate surveys confirming these numbers. They areas west of Aswan City, up to Gharb Sohail, a village overlooking the Nile, and between Blana Village and Al-Madiq Village, are occupied by the Nubians who were displaced by the construction of the dam. There are moreover villages in the governorates of Qena and Aswan that were inhabited by the Nubians following the third phase of displacement. 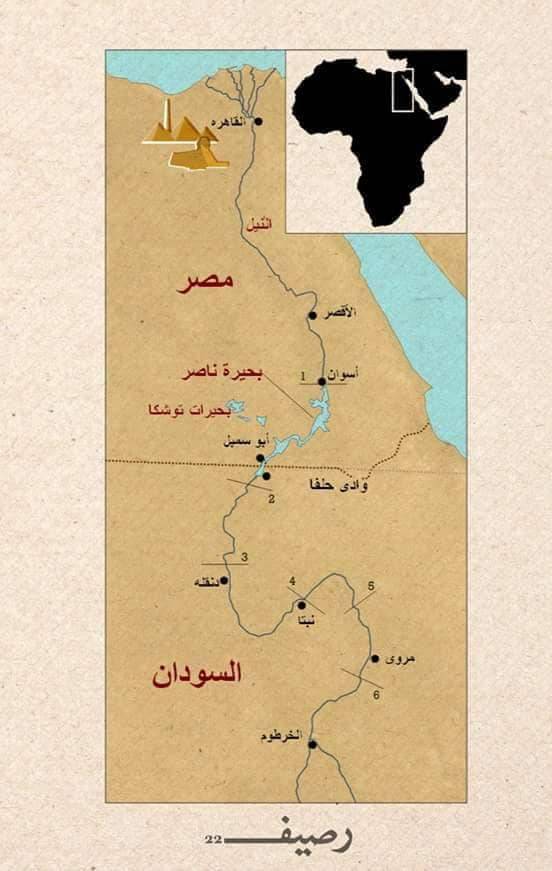 These residents wish to return to their original villages, but the government has long prevented it, citing “national security” as justification. Some have gone so far as to accuse them of treason, to deter the, from seeking out a global audience for their cause.

Nubian activist Abdel Fattah Hassan addresses the accusations that members of his ethnic group face in Egypt, vindicating them by saying, “Never has an invader entered Egypt through Nubia; even the Muslim armies couldn’t penetrate the Nubia and instead Islam entered Egypt voluntarily through traders. The French campaign, too, failed [to capture Nubia], despite entering Upper Egypt. As such, Nubians have nicknamed themselves the Guardians of the Southern Front.” As with any community living in diaspora, Nubians have worked hard to maintain their traditions and raise future generations on them. “There are 44 Nubian associations and eight clubs drawing the community together across the various Egyptian cities,” Hassan says. Nubians have their own languages, passed on orally, as they are not written. In Egypt, two Nubian languages are widely spoken; Nobiin (also known as Fadicca) and Kenzi, according to Gamal. Meanwhile, in Sudan, Mahas and Dongolawi are spoken. The elder generations attempt to preserve these languages and teach them to their children, but they are not taught in schools, and are not considered official languages in Egypt.

The Nubia of Old

The name Nubia derives from the word “nub”, meaning gold, named thusly due to its rich gold mines, particularly in the Allagui area, with its long history. Gamal says that, historically, the Nubia extended from Upper Egypt to south of the Nile, and was divided into three dynasties: the Kush, Meroe, and Napata. The kingdom comprised the Nile Basin countries: Ethiopia, Tanzania, Sudan, and the Congo. “Nubia pre-dates the Pharaohs,” says Gamal. “It has been historically proven that the first human settlement worldwide was west of the Temple of Abu Simbel, and this was a Nubian settlement, while the first grave in history was found in the Qastal area.”

Moreover, the pyramids and temples of Ancient Egypt were erected from a stone referred to as Nubian concrete. Nubians ruled Ancient Egypt during the 18th dynasty, which was known as the strongest and most prominent dynasties that ruled Egypt, as well as the 25th dynasty, which was established in Nepata. Thus, Nubia is known to be rich in archeological sites, making it a hub for tourism. Among the temples there are small ones such as Derr, Wadi al-Sebua, and Amada. This is in addition to Abu Simbel, and Kalabsha, the largest temple built out of sandstone in Nubia.

Nubians and the Nile

Sheikh Wahid Younis, who is aged over 75, witnessed the final phase of displacement of the Nubians. He speaks of the great attachment he still holds toward the land and his roots. “There is not a single Nubian who does not know his history, and each of us is inherently bound to the Nile, sanctifying it, protecting it, and prohibiting its contamination,” Younis tells Raseef22. Whenever a celebration in immanent, Nubians will bathe in the Nile. “Brides will bathe in the Nile with their friends on the dawn of their wedding day, while the grooms will do the same at sundown, to secure its blessing,” Younis continues. Even newborns are carried to the Nile on the seventh day of their birth, and their faces are washed in Nile water, while the women sing hymns and songs to bless the infant. Younis explains that, since ancient times, Nubians have believed that angels reside in the waters of the Nile, noting that the Egyptians adopted this belief.

The Rituals and Customs of Nubians

Villages inhabited by Nubians still maintain the same details of the old times, according to Hassan. Houses are still built of mudbricks, while each house has a spacious courtyard that can be built into other structures.

When a man and woman marry, the wife’s family builds an apartment for the newlyweds inside this courtyard, while the couple’s friends are responsible for furnishing the home. The bride and groom thus need only buy their own clothes, according to Hassan. There the couple remains until the bride’s mother is assured of her daughter’s housekeeping abilities, while the husband usually doesn’t build an independent house until they have children. Nubian villages are known for the abundances of dance and celebrations, such as the Arajid dance, one of the most important celebratory rituals. This is characterized by the formation of rectangular rings of people from the same age group, with each group performing movements accordingly. Moreover, according to Younis, Nubians have maintained the tradition of seeking blessings from the sheikhs. Each village has a sheikh who is frequented by the women, accompanied by their children, asking for blessings and help with marital and childbearing issues, as well as success and luck in all areas of life.

The Search for Early Qur'anic Manuscripts

Abu Hurairah… A Copy of the Prophet, With a Cat Up His Sleeve