At a time when the people of Lebanon argue and fight amongst themselves over everything, and party leaders incite hateful instincts and redraw the lines of contact between regions, the United Nations Economic and Social Commission for Western Asia (ESCWA) sounded the alarm about the risk of poverty that faces Lebanese people today. It also spoke of the scale of issues in a country that is economically worn out, politically divided and paralyzed at all levels.

A new policy brief prepared by ESCWA under the name “Multidimensional Poverty in Lebanon: Painful Reality and Uncertain Prospects”, has revealed that poverty in Lebanon has “drastically” worsened in just one year. The study notes that poverty now affects approximately 74% of the country’s total population, and that 82% of the population are now living in multidimensional poverty, if broader dimensions - such as access to health, education and public utilities - are taken into account.

Perhaps the groups most affected by Lebanon’s economic collapse are those struggling with disabilities. The challenges they’re subjected to have been exacerbated further during these difficult times, as if the government’s accumulated neglect when it comes to managing their needs is not bad enough in the first place.

82% of the population in Lebanon are now living in multidimensional poverty, if broader dimensions - such as access to health, education and public utilities - are taken into account. - ESCWA-United Nations

Sarnar Haidar, 36, has been suffering from quadriplegia for 21 years. She tells us of the challenges facing her as the economic crisis in Lebanon worsens.

She had lived a normal life for 14 years before she was diagnosed with a spinal cord tumor, and an attempt to remove it had resulted in her near full paralysis.

Sarnar speculates that the condition she is in today is the result of a medical error. She says, “I was not supposed to become paralyzed. I did the operation so that the tumor wouldn’t lead to my paralysis. But we are in Lebanon... and to this day I do not have enough information about my condition.” 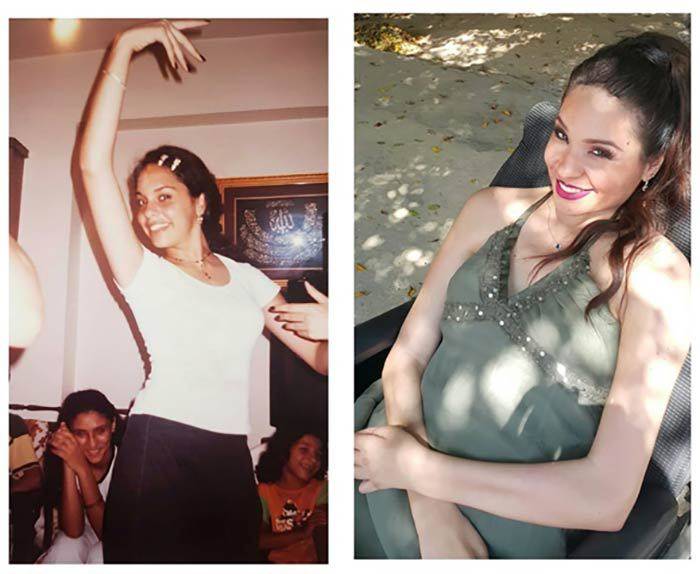 Sarnar before and after the operation

Sarnar tells us that if not for the support of her brother living abroad, her life would be in danger. “I sleep on an air mattress, and the air has to be pumped into this mattress 24/7, and if the pumping is stopped, it may cause skin ulcers that would lead to severe infections.”

“We pay for both the electricity bill and a private generator bill, and yet there are still power cuts for hours. I am fortunate that my expat brother bought me a panel that works on solar energy. It ensures that air is being constantly pumped into my mattress. But I think of the people whose circumstances and capabilities do not allow them such an alternative. What dangers await them?”

Sarnar adds, “Under the current crisis, with the lack of medicine, the collapse of the medical sector, and the absence of any hospital, medical or financial benefits from the state of Lebanon, my life is in danger every day here.”

Sana Murad (pseudonym), who suffers from muscular atrophy and pulmonary failure, lives on a ventilator. She says that she has to manually operate the ventilator herself in order to stay alive.

“Under Lebanon’s current crisis, with the lack of medicine, the collapse of the medical sector, and the absence of any hospital, medical or financial benefits from the state, my life is in danger every day here”

“My brother and I are on respirators, and we pay for two private generator services to ensure that electricity is not cut off from our devices, yet we still face the problem of power cuts. Some acquaintances donated a solar panel to us. And when we thought that the problem was solved, we began to face new obstacles from the owner of the building and the Ministry of Energy (requesting licenses and permits for the panels) as if ours is not an issue of life or death.”

For his part, Director of the Friends of the Disabled Association (FDA) Dr. Roland Lahoud sheds light on the challenges facing care institutions. The economic collapse has weighed heavily on institutions and adversely affected all of their operational aspects, from the salaries of overworked employees, the fuel crisis that has affected the cost of transportation and operating generators, to the electricity and internet crisis.

According to Lahoud, what is required today is to raise the specified daily cost for students in the contracts listed with the Ministry of Social Affairs. He says that according to the 2011 cost-of-living budget, it ranges from 19 thousand Lebanese pounds for people with mild special needs to 40 thousand pounds for people with severe special needs, noting that “we hope that the daily cost will rise according to the 2020-2022 budget from 100 thousand to at least 150 thousand per student.” 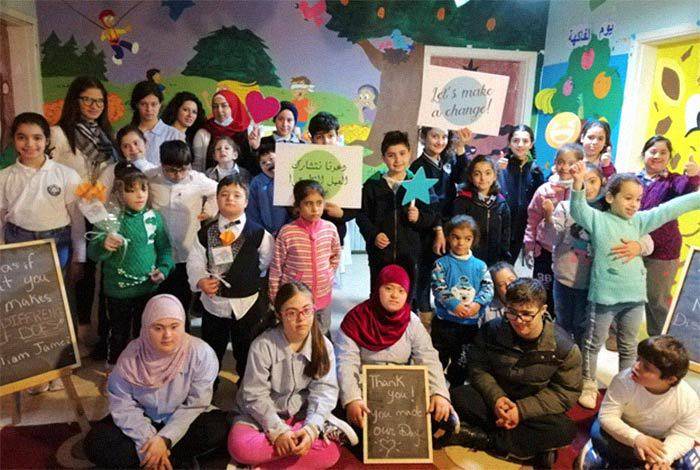 Friends of the Disabled Association (FDA)

The head of the Lebanese National Union on Intellectual Disability, Dr. Moussa Charafeddine, tells us about the catastrophic difficulties that people with disabilities are facing under these current circumstances and amid the absence of any attention from a state that has failed to achieve a real integration for them into society.

He stresses the need to pay the dues of associations and reconsider the daily cost covered by the Ministry of Affairs, which today only amounts to 300 thousand Lebanese pounds in accordance with the dollar exchange rate.

It is also necessary to continue working with the Ministries of Labor and Interior to exempt families that have children with disabilities from the residence and work permit fees of domestic workers, because these families cannot do away with the services of these workers.

Charafeddine points out the necessity of including all these persons and their families within the ration card program and amending its provisions, because the families of those with disabilities need service workers for their children. It is also essential to expedite providing medical supplies needed by persons with disabilities.

The Promises of the Ministry of Social Affairs

We contacted the Director General of the Ministry of Social Affairs, Judge Abdallah Ahmad, to learn more about the ministry’s plans for people with disabilities in light of the current crisis.

Ahmad informed us that the Ministry of Social Affairs is currently in the process of developing a comprehensive plan to ensure the integration of people with disabilities into society, based on studies and recommendations of the various international organizations that the ministry works with.

Among the most prominent features of this plan includes the ministry updating its database for people with disabilities. They also include working on issuing a “magnetic disability card” that enables the ministry to track the health status of people with disabilities, determine the treatments required for each case, and the medication that they need in order to help them secure it.

Regarding the overdue payments by the Ministry of Social Affairs for associations that care for the rights of people with different disabilities, Ahmad confirmed that the issue of the delayed dues is pending with the Ministry of Finance, and that he is following up on it through ongoing communication with the concerned ministry. Research is also underway, as confirmed by Ahmad, to provide an advance to care associations for 2021, covering 60% of their annual costs, in order to support them and reinforce their continuity.

When it comes to the hospitalization issues that people with disabilities face, a large number of hospitals refuse to recognize the disability card provided by the Ministry of Social Affairs for people with disabilities that ensure that guarantors will pay the difference in hospital bills. Speaking on this, Ahmad said that the Ministry of Social Affairs is aware of these problems, and that he is personally following up with the current Health Minister, Dr. Firas Abiad, who has been greatly responsive to the issues that concern persons with various disabilities.

As for the diesel and fuel crisis facing institutions, Ahmad ruled out that the Ministry of Energy would cover the expenses incurred by associations and teachers. “It is a crisis that has reached everyone,” Ahmad asserts.

With regard to raising the daily cost listed for students in care institutions, Ahmad stresses that it is a just demand, and that the ministry is in the process of raising it, but possibilities remain limited.

This article was produced with the support of the Women in News programme of the World Association of News Publishers ”WAN-IFRA”.

The Life and Death Of Suzy, The Agony of Transgender People in Lebanon