Separatist calls have come back to the forefront in Sudan with force this time, and while the debate over them began on social media, it quickly moved to newspapers and the statements of influential political forces and clerics - with some supporting, some opposing, and others remaining discreet in their opinions.

The strange thing is that those calling for secession are from northern Sudan, most of whom belong to the Muslim Brotherhood. The group was overthrown from power in April 2019, even though its leaders continued to partake and then control the levers of power and the keys to wealth, ever since the country’s independence from British colonialism in January 1956.

This question is posed in a crude, polemical format with limited impact between activists from northern Sudan led by Hayat Abdel Malik, a member of the National Congress Party and the Sudanese Islamic Movement (Muslim Brotherhood), and their counterparts from the Darfur region of western Sudan, most of whom belong to the armed Justice and Equality Movement. This movement is controlled by an elite group of Muslim Brotherhood Darfurians who split from the Bashir regime and declared armed rebellion against it in 2001. Most of them originally belong to the Zaghawa tribe, which extends to neighboring Chad.

After the voice of the leader of the Hadendoa (aka Hadendowa) tribe in eastern Sudan Sayed Mohammed al-Amin Tirik continuously grew louder as he called for the right to self-determination for the east, and establishing a Beja state on top of the ruins of the current Sudan - justifying this by the marginalization that the east has been suffering from since the country’s independence to this day - his voice and the voice of his supporters suddenly died out. Observers interpreted it as the result of a political deal that the transitional government made with him.

The current reality today is quite similar to what happened during the Mahdist era, with northerners being excluded from power, in parallel with publicly demonizing them and labeling them as criminals

The movement had signed a peace agreement with the transitional government during August of 2020 - within what is now known as the Sudanese Revolutionary Front (SRF), which includes other armed movements. Under the agreement, some of its commanders were appointed to essential ministries. Its leader Gabriel Ibrahim took over the Ministry of Finance and allowed its entire army in full gear to be present in the capital Khartoum, alongside other armies affiliated with former rebel movements. They were there with armed militias that were affiliated with the ruling party during Bashir’s era, such as the Rapid Support Forces, as well as citizens of the Darfur region. Thus, Khartoum became a large base for Darfurian militants beside the official army of the state - something that terrorized many, especially the citizens of northern Sudan who have been dominating the leadership of the army and other regular security forces since the country’s independence.

A Populist and Racist Rhetoric

In addition, the ongoing debate between the northerners and the Darfurians over the future of the country was not confined to two limited and self-sufficient groups, both apprehensive and fearful of the other. They kept drawing upon the history of the Mahdist and Khedivate states to defend their views, until an unknown person named Abdalrahman Amasib emerged from these dialogues, calling for the secession of the north and the formation of a new state that he called “the river and the sea”. It includes the regions of eastern Sudan, the White Nile, the Gezira (also spelt Al Jazirah), Sennar, and North Kordofan. He excluded the entire region of Darfur, Southern Kordofan, and the Southern Blue Nile, delivering a dangerous populist and racist rhetoric. His call gained great popularity in a short period of time, not only among the general population of North Sudan, but also among its elites, some of whom welcomed the proposal.

While Abdel-Wahhab al-Dawy, a political analyst who supports what he called the “general idea” of the state of “the river and the sea”, describes Abdalrahman Amasib as brave and intelligent, he tells Raseef22, “Despite his intellectually-poor rhetoric, his impulsiveness, and his overall lack of knowledge, [Amasib] managed - through his popularity and discourse - to create a relatively large fan base in a short period of time. He was able to do this through two main steps, the first of which is to spread fear and terror in the hearts of the target audience, referring to the heavy presence of armed Darfurian movements and militias in the Sudanese capital and major cities - after they had signed the Juba Peace Agreement with the government of Abdalla Hamdok - along with the Rapid Support Forces founded by ousted President Omar al-Bashir and currently led by the Vice President of the Sudan Sovereignty Council, General Mohamed Hamdan Dagalo - known as “Hemedti”. Meanwhile, the army is bound by the constitution and the Juba Peace Agreement, apart from constantly being weakened and undermined by the ousted president himself and his supporters in the Islamic movement, amid fears of an army coup against them.” 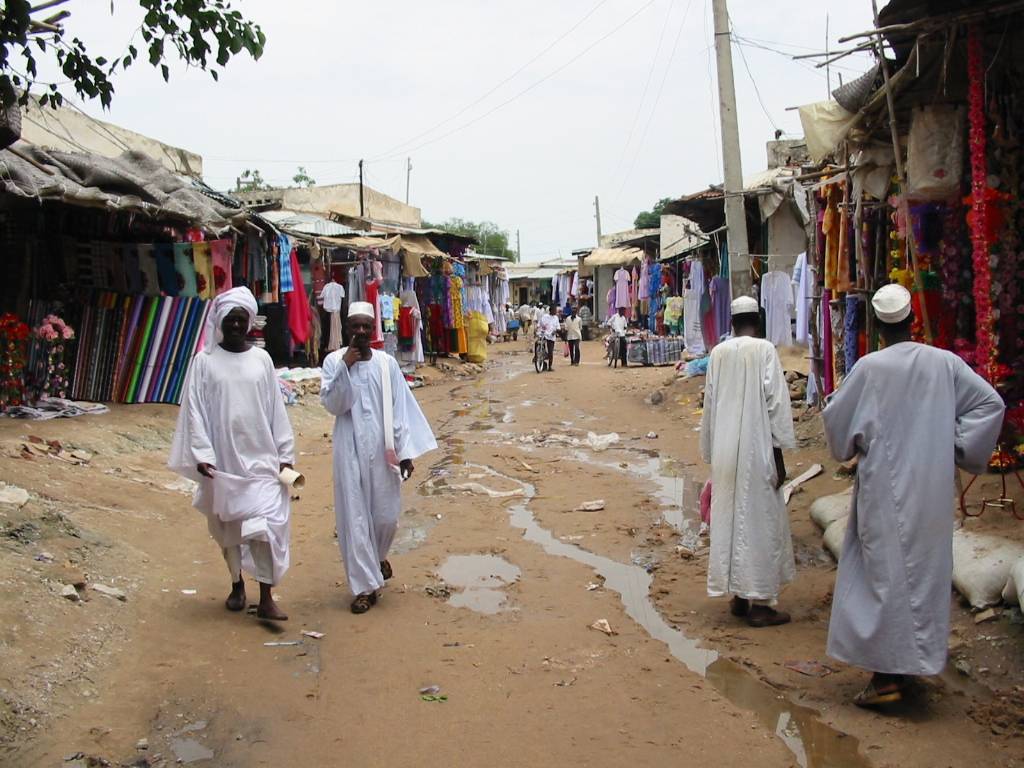 Summoning History to Try/Prosecute/Judge the Present

Al-Dawy carries on to say that the second step is recalling the history of the Mahdist state (1885-1899) - which was mainly dominated by the Darfurians - as well as the grave violations, the killing and exclusion of northerners that it had brought about. A reality completely similar to what happened during the Mahdist era, with northerners being excluded from power, in parallel with publicly demonizing them and labeling them as criminals who committed atrocities, massacres, genocide and ethnic cleansing in Darfur during the years of the civil war.

As for al-Dawy, what Amasib is proposing are realities there, but his call for the secession of the north in this way, and his unjust attitude towards the peoples of Darfur, South Kordofan, the Blue Nile and eastern Sudan, “who were oppressed and marginalized", must be reconsidered. These peoples “deserve that the ruling elites - and not the northern people - apologize to them.” At the same time, the northerners have the right to decide their fate, since most of them saw that the possibility of coexistence with the Darfurians had evaporated, and that they had wasted long decades in the search for common ground between them. “They have found nothing other than war, blood, mutual injustice, a waste of resources, and free death, only to later find that the separation of the north was settled smoothly without any more bloodshed, just like what had happened in the south war.”

On the other hand, al-Dawy continues, Abdalrahman Amasib and his movement should not have adopted such heavy racist discourse in promoting his idea, “because that undermines its basis, which constitutes separating on good terms,” because Dafur was in fact not part of the old Sudan that was founded by Khedive Muhammad Ali Pasha in 1821 on top of the ruins of the Sennar State (1504-1821), also known as Funj Sultanate or the Blue Sultanate. It was then annexed to Sudan in 1916 by the British colonizer, “and its residents who had cross-border affiliations were unable to integrate with the Sudanese Arab, Cushitic, and Nubian groups.” Consequently, the Drafurians, Arabs and Africans, remained “in a state of alertness and a collective feeling of internal alienation,” causing them to express a readiness to kill, die and sacrifice. This is why Muhammad Ahmad al-Mahdi, the founder of the Mahdist states and a northerner, went to them and enlisted them in his army. “Thanks to their immensely great sacrifices, he was able to liberate Sudan from the Khedivate state.”

For her part, Suzan Abdel Mawla, a political and anthropological researcher, tells Raseef22 that when those demanding secession call upon historical events, it indicates how hollow their idea is, especially if we pay close attention to the fact that most of them are followers of the former regime, and “therefore you find me more inclined to say that calls like these are merely a bubble that the Islamists stand behind in order to challenge the transitional government and scatter its efforts, rather than a real movement based on intellectual foundations.”

Abdel Mawla adds that the idea itself is not the result of “Amasib’s moment”, who is an unknown person and does not have popular support as some claim. It is true that his Facebook page is followed by more than half a million people, but they are not necessarily his supporters. On the contrary, many of them are people of the North who oppose him. Even the hard-line Brotherhood cleric who had fled to Turkey, who has many supporters throughout Sudan, and is from the North, Abdul Hay Yousif, issued a fatwa prohibiting the call for secession. His fatwa found great popularity among Amasib’s supporters themselves, and many renounced him based on the fatwa.

The idea of separating the north (called the old Sudan), is not a new one, It was proposed by Abdel Rahim Hamdi, one of the thought leaders in the Sudanese Islamic Movement and former Minister of Finance during the era of Omar al-Bashir

The Trumpet of the Northern Islamists

Abdel Mawla goes on to say, “The idea of separating the north (called the old Sudan) is not a new one. It was proposed by Abdel Rahim Hamdi - one of the thought leaders in the Sudanese Islamic Movement and former Minister of Finance during the era of Omar al-Bashir - in 2005 when he called for a northern state separate from the rest of the geography of Sudan, extending from Dongola in the far north to Sennar in the eastern center, and el-Obeid in the western center.”

Hamdi justified this by “the great ethnic, cultural and religious homogeneity among the peoples of these regions,” in what was later known in Sudanese political literature as the “Hamdi Triangle”. This project did indeed begin by separating the south in 2011 and igniting the war in Darfur on the basis of ethnicity between Arabs and Africans. The Islamic movement released its African Darfurian followers and their extensions in Chad, represented by the Justice and Equality Movement (Muslim Brotherhood). It then released the “Janjaweed and Rapid Support” militias, made up of Arab tribesmen and their extensions from Chad to Niger and Mali. In their confrontation, to get rid of all of them in a foolish war of annihilation, the army rarely intervened to bomb the African rebels and their villages with planes, in order to give the impression that the ongoing war in the region is purely a tribal one between Arabs and Africans of the region. They did so to also suggest that they are racists that tend towards violent conflict, bloodshed and the wasting of lives for trivial reasons, and that they have become a burden on the state, halting its progress and development, and therefore “they have to leave the country and get lost even if they do so along with all their land.”

However, the popular revolution overthrew the Islamists before the plan was completed, resulting in a heavy presence of armed movements and Darfurian militias in the capital in exchange for a weak and disintegrated army, as well as a highly fragile and volatile political and economic situation. It was thus necessary to push this movement to the fore again with the support of the northern Islamists themselves, especially the former director of the National Intelligence and Security Service, Lieutenant-General Salah Gosh, and the former Minister of Foreign Affairs and Commander of the Popular Defense Forces, Ali Karti, who have both fled abroad for fear of accountability.

“I think that they are the ones who are directing and implementing the secession of the north and the establishment of the state of the so-called ‘river and the sea’, and Abdalrahman Amasib is nothing but a trumpet sounding ahead of them.”