Historically, since Egypt became acquainted with the course of the Olympic Games in the 1928 Amsterdam Games and up to this day, Egyptian medals mostly come through boxing, weightlifting and wrestling. Of the total 28 medals Egypt earned at the Olympics, 24 medals in all belong to these 3 sports.

Over time, the middle and upper classes abandoned practicing these same games, leaving them to the lower classes.

But in the 2021 Tokyo Olympics, the situation changed completely. The middle class achieved a qualitative leap and a paradigm shift of sorts by winning medals in none of the usual games.

Away from the shameful details surrounding the weightlifting team being banned from participating, and the accompanying corruption that resulted in Egypt being denied participation in the game; the overall view of the scene indicates that the direction that the middle class has taken is both effective and dynamic.

In the past two decades, there has been a qualitative change in the thinking of the middle class towards education. For decades, this class was only concerned with the academic education of its children, and it viewed sports as nothing more than a way to pass their free time in the summer. When the school year begins, their involvement in clubs becomes confined to Thursdays and Fridays only. 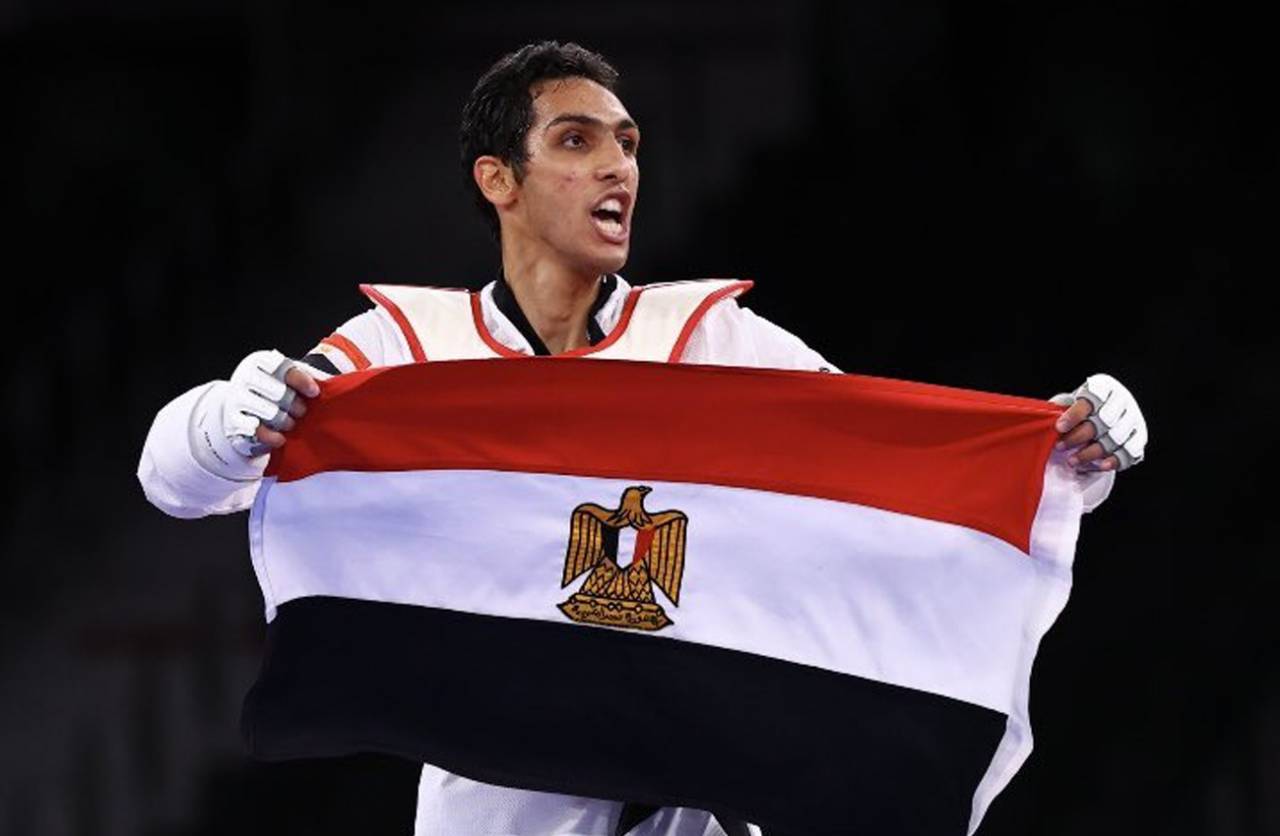 This class believed that education was the only means of any sort of societal advancement for its children.

With the strong emergence of international companies in Egypt, “foreign languages” became an inevitable necessity to ensure a future of a higher quality. Thus began a frantic race at the time to enroll middle-class children in well-known national schools, such as Port Said, Al-Jazeera and Al-Horreya which are schools that provide education in foreign languages.

Behind the scenes, pilot or “experimental schools” appeared — as a less expensive alternative for those who did not have the money or the means to get their children into the ranks of the lucky ones that would enroll in national schools.

In the last two decades, the status of sports has changed in the eyes of the middle class. It advanced, alongside education, at the top of the list of priorities pertaining to their kids’ education

With the rise in popularity of private schools taking over the scene there, the value of national and experimental (pilot) schools went down. The middle class had become attached to private schools, which soon had what was known as international schools emerging from them. This quickly turned into a monopoly of the wealthy classes and some of the affluent families from the upper middle classes. Sports merely remained a means of entertainment and nothing more.

But in the last two decades, the status of sports has changed in the eyes of the middle class. It has advanced to stand alongside education at the top of the list of priorities pertaining to their kids’ education.

The state had no role in the change that had taken place in the educational philosophy of parents. The agents of change were completely subjective, caused by the exposure to the outside world via the internet and satellite television. They also came as a result of parents keeping tabs on the crazy prices that athletes (basically football players) are paid, which coincided with the arrival of the fruits of economic growth brought about by the government of Nazif (Former Prime Minister) on the middle class. Thus, they now had the financial ability and ambition to push their children onto the path of sports. 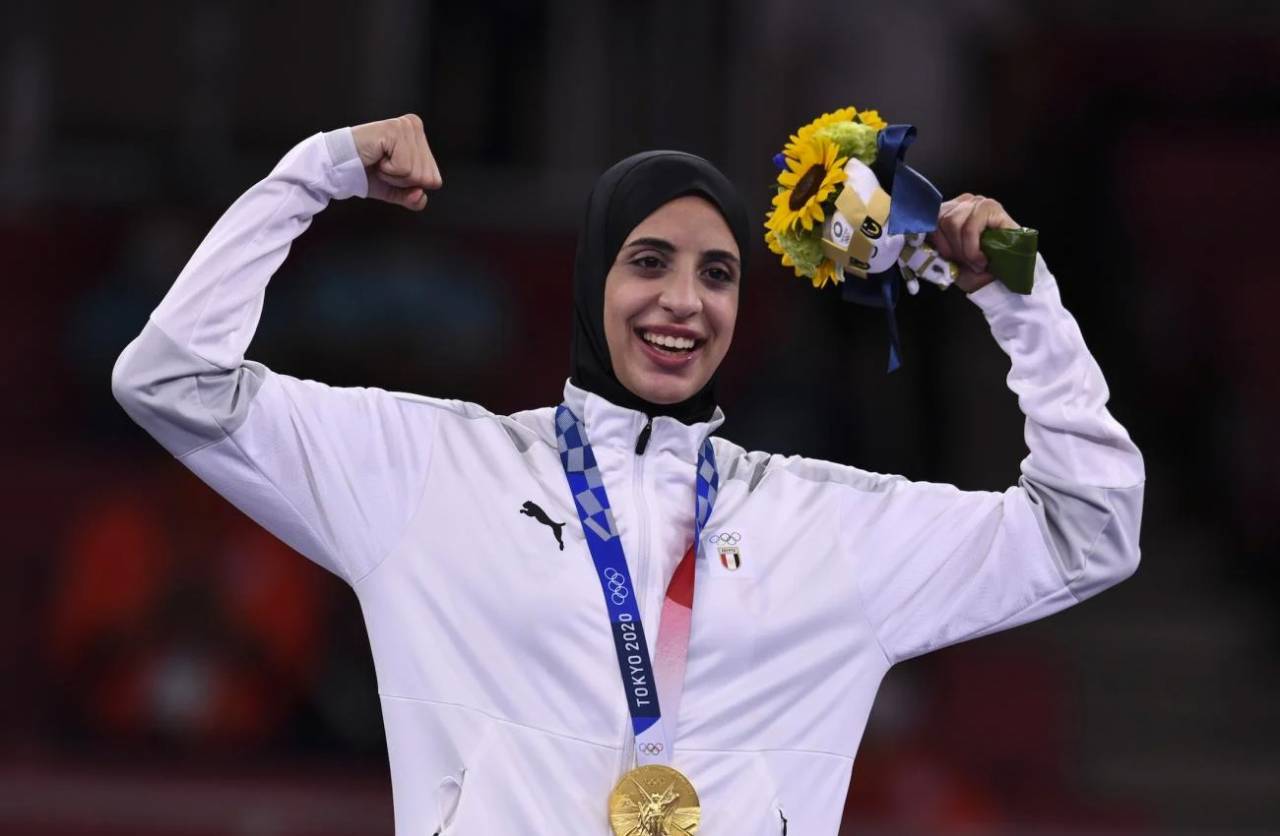 The “natural jealousy” of mothers then ensured the spread of sports even more, with the logic that ‘her son, who plays this sport, is no better than my son’.

On the sidelines, a new sports business arose, as coaches found a good opportunity to double their income in this new passion. Alongside clubs, specialized sports academies became widespread, and the concept of ‘private’ was transferred from teachers to coaches.

Thus, sports spread among the middle class, yielding in Tokyo 2021 Olympic medals that everyone proudly boasted of as a national achievement.

A Class Despised by the Left

Despite the success achieved by the middle class in this matter, which proves that we are witnessing a real force capable of achieving tangible successes, it remained condemned by the Egyptian left.

Of course, the entire left cannot be summed up in one box, and it is not possible to be certain of the precise limits for the concept of the middle class in a country that suffers from social fluidity like Egypt. However, this has remained to be the overall feature of the Egyptian leftist discourse.

The left’s attack on the middle class stems from several reasons. On the one hand, we are standing before a class that has no organizational or media backing. While the upper class finds paid platforms that protect its interests and the lower class finds plenty of activists, symbols, and politicians talking about its suffering and defending — in a well-deserved defense — the rights of its children, the middle class doesn’t find anyone to talk about it or defend its interests.

June 30 and the ensuing events contributed to consolidating contempt by the left’s leading figures for the Middle Class;  For it is the “reactionary conservative class that supports military and religious rule” which represses and abuses them

On the other hand, June 30 and the events that followed contributed to the consolidation of the declared contempt on the part of many of the left’s leading figures for this class, since it is the “reactionary conservative class that supports military and religious rule” even with what they are subjected to in terms of repression and abuse.­­

The middle class’s bias towards the religious or military option has logical justifications that cannot be overlooked.

Before the revolution, its sons — especially the rural ones — who aspired to engage in public work, had only two options. The first is the National Party of Egypt, the representative of the authority, and the second is the Muslim Brotherhood, the spearhead of the religious power in the country, in the complete absence of leftist forces.

With the start of the January Revolution, this class sided with the revolution, and its members rushed to join parties such as the Egyptian Social Democratic (center-left), and Justice and Constitution (center). These parties were built on the shoulders of the sons of the middle class. But the course of things and their escalation caused them to panic, which prompted them to support the military option — the golden gate to lost stability.

The stance of many leftists that look down on this class is an unfair stance in its entirety, because the shift of the compass of the middle class towards a turban (religious garment) or a tank, contributed in a large part to the absence of the left from the scene, leaving it to the forces that they describe as reactionary.

Throughout the eras of various regimes, the Egyptian state completely ignored the middle class and focused only on upper and lower classes. It supported the upper class, whose interests converged with its laws at times, and at other times, its indifference towards its corruption

The position of the successive regimes in Egypt regarding the middle class is a very ambiguous one. On the one hand, these regimes seem to realize the importance of this class, and this was expressed by the former Secretary General of the ruling National Party, Ahmed Ezz, who said that the state contributed to supporting the middle class, citing the increase in the number of cars and air conditioners!

But in practice; the state of Egypt, throughout the eras of the various regimes, completely ignored the middle class, and focused only on the upper and lower classes. It supported the upper class, whose interests converged with it and its laws sometimes, and at other times, its indifference and the fact that it would disregard its corruption.

It attempted to calm and quell the anger of the lower class through a package of grants and gifts from time to time. Meanwhile, the middle class was left out of the coverage of such things. There are no protection programs for it, no government insurance umbrella outside oppressive labor relations, no housing programs, education programs, or support programs in any form or way.

Unfortunately, the state has not only ignored the middle class over the successive decades, but has also burdened it in various ways, not even allowing it to organize itself through "cooperatives", with the organization being considered the nucleus of a revolution, according to the imagination of some when it comes to security.

Thus, the middle class was left threatened with impoverishment on the one hand, and accused of degeneration on the other. Despite all of that, it was still able to realize an international achievement through a single-handed effort... only to find that both sides brag about its achievement and accredit and attribute it to the entire nation!