Today, there is a popular market in Damascus known as the “Souq al-Haramiya” (or Market of the Thieves). It is connected to the ancient Saroujah area, which housed the most opulent palaces of the city outside its historic walls. Whoever passes through this chaotic market — which consists of stalls set out on the sidewalks and pavements — can see a large door right in the middle, surmounted by a marble plaque with the emblem of the Ottoman Sultanate inscribed in the middle. It belongs to Abdul Rahman Pasha al-Yusuf, the Emir of Hajj during the reign of Sultan Abdul Hamid II.

The palace is crumbling and in ruins. It is inhabited by a simple man who was born within its walls seven decades ago. His grandfather used to work for Abdul Rahman Pasha al-Yusuf, who died in 1920. At the entrance to the palace, we find the Pasha’s stable, which used to house the most elegant and exquisite Arabian horses. Today, it consists of workshops and small shops rented to the owners of small trades.

Today, there is a popular market in Damascus known as the “Souq al-Haramiya” (Thieves Market). It is connected to the ancient Sarouja area, which once housed the most opulent palaces of the city outside the historic walls.

This palace witnessed a number of important historical events, including the coup against Sultan Abdul Hamid II and the First World War. It also hosted within its halls a number of distinguished guests, such as the grand vizier Midhat Pasha as well as the German Emperor Wilhelm II the day he visited Damascus in 1898.

In the heart of this palace, precious gifts were presented to the emperor, from rare carpets and jewelry to Damascene silk. On that day, the Pasha purchased a number of German agricultural machinery — which Kaiser Wilhelm II was very proud of — in order to distribute them throughout his lands and promote them to the Syrian landowners among his relatives and friends. The Kaiser returned the favor and presented the Pasha with a priceless chandelier that had come with him from one of his Austrian palaces. The precious chandelier proceeded to hang in the hall of the house of Saroujah for many years. 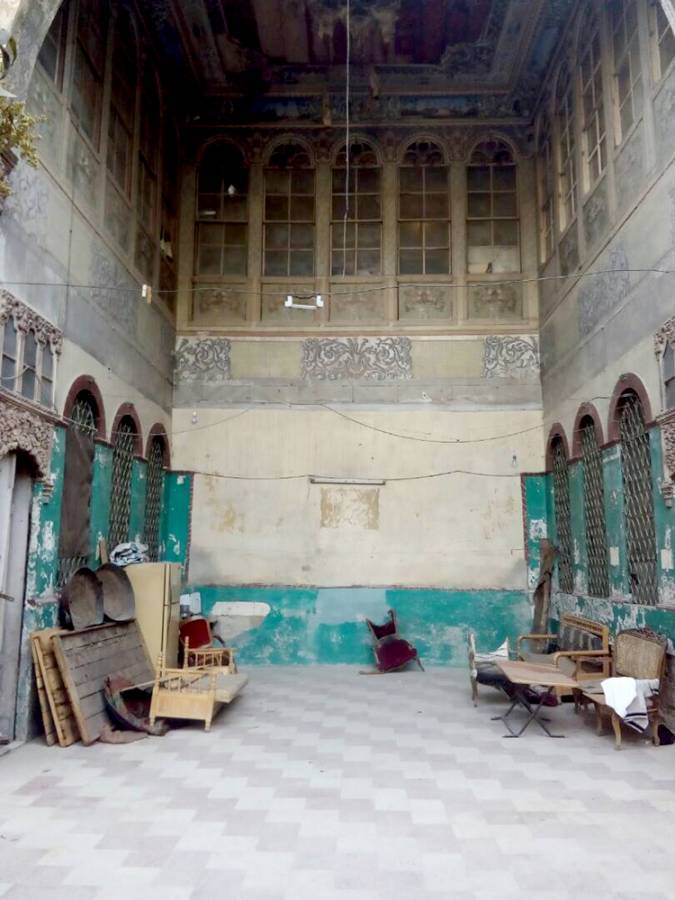 However, after the children of the Pasha left their home in 1964, an antique dealer relocated it to Lebanon. Today, it can be found hanging in the headquarters of the Kuwaiti embassy in Beirut. In the middle of the celestial plaque sits a cheap slab in place of the ancient stone mosaic that had been stolen and taken outside of Damascus in the very same twisted way.

In the middle of one of the three open plaques that used to adorn the center of the palace, we find the remains of excavations that were carried out by unknown individuals a long time ago in search of the Pasha’s gold lost a hundred years ago.

With the start of the 20th century, Abdul Rahman Pasha al-Yusuf owned the entire eastern shore of Lake Tiberias (also called the Sea of Galilee) and three entire villages in Damascus’s Eastern Ghouta, in addition to five villages in the Bekaa Valley and twenty-four villages in the Golan. This made him — according to what the people of his time would say — the richest man among Arab officials within the Ottoman Empire. 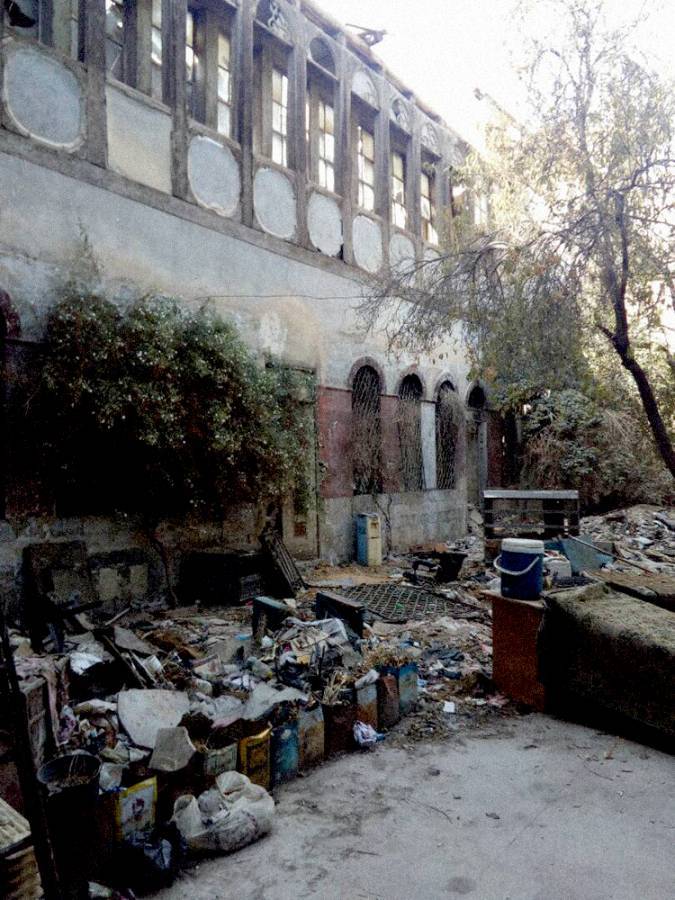 On the day he was killed in the plains of Hauran during the summer of 1920, people began to wonder what became of the Pasha’s gold. Not a single trace was found of the fortune, neither within the Ottoman banks nor in any of the international banks. Since that day, thieves have been trying to search for the gold beneath his Damascene palace, thinking that perhaps they will find it buried under the archaeological rubble. The last attempt was in 2017, arousing the suspicions of Syrian security services, for fear that these excavations were connected to the tunnels of Damascus’s Ghouta.

The Al-Yusuf palace witnessed many important events, including the coup against Sultan Abdul Hamid II, hosting several distinguished guests in its halls, such as the grand vizier Midhat Pasha and German Emperor Wilhelm II

Not far from the palace of Abdul Rahman Pasha al-Yusuf, we find the palace of his friend Ahmad Izzat Pasha al-Abed, the Chief Chamberlain in the court of Sultan Abdul Hamid II. The state of this palace is not much better than that of the al-Yusuf Palace. This palace was founded by Holo Pasha al-Abed, the father of Ahmed Izzat Pasha. Mohammed Ali Bey al-Abed — the first president of the Syrian Republic — later inherited it from his father. Al-Yusuf’s sons voluntarily left their palace in the early 1960s, due to the magnitude of the costs in maintaining a house of this size. As for the children of al-Abed, they sold their palace to a man named Salim al-Yazji in 1948. He lived with his family on the upper floor and converted the rest of the palace into a school that became known as “Al-Thanaweyyah al-Ahliyyah lil Banat wal Baneen” (or the Public High School for Boys and Girls), whose honorary principal was Mrs. Asma'a Gabriel Eid, wife of Prime Minister Fares al-Khoury. 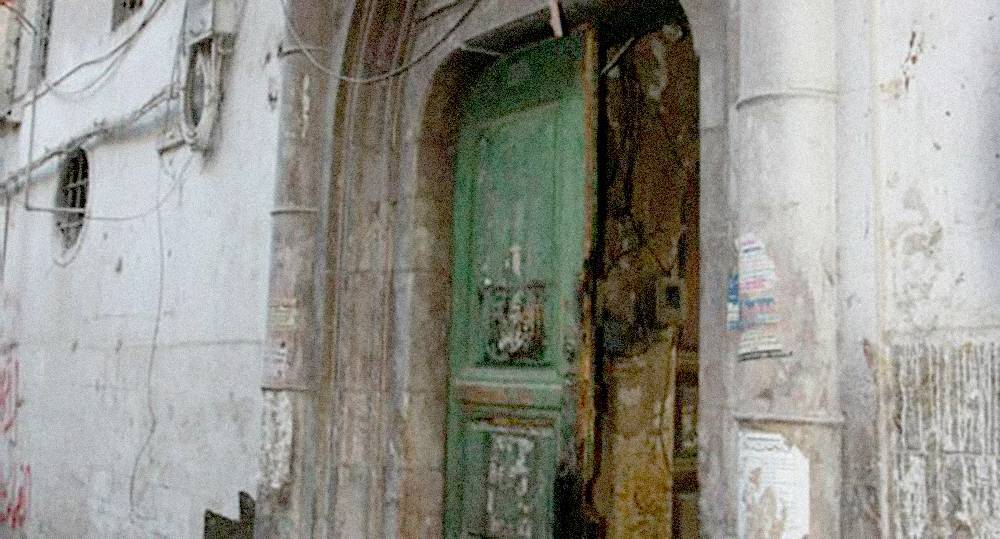 After the 1967 war, the Syrian government confiscated the school — or palace — on behalf of the education directorate in the Quneitra Governorate, which turned it into a high school bearing the name “Najm al-Din Ezzat School” for internally displaced Syrians. The palace remained like this until the end of the seventies, when it was no longer suitable for any educational or academic activities, on account of its deterioration along with the collapse of large sections of the structure. Thus, the “Salamlek” section (a place where guests were greeted) was rented to a shoe workshop that molded slippers and footwear instead of minds and future leaders.

The palace of Ahmed Izzat Pasha al-Abed is still standing today, but is in a deplorable state. It stands testament to the decline of the stature and influence of the great Damascene families, both in the city and in its ancient alleys.

A fire took place in the palace on the new year eve of 1993, consuming the remaining valuables within its walls. The al-Yazji family was able to reclaim it two years later after winning a lawsuit against the Syrian government. The palace is still standing today, but it is in a deplorable state. It stands as a testament to the decline of the stature and influence of the great Damascene families, both within its city and in its ancient alleys.

On the wall adjacent to the al-Yusuf Palace, we find the palace of Mohammad Fawzi Pasha al-Azm, the last of the three pashas who once lived in the Saroujah market which  extends over 2,500 square meters. In it, al-Azm lived and worked as a mayor of Damascus during the Hamidite era, and a minister in Istanbul during the time of Sultan Muhammad Rashad the fifth (Mehmed V Reşâd) — the brother of Sultan Abdul Hamid II. Also in it, al-Azm was elected the first-ever speaker of the first parliament in the modern history of Syria (the First Syrian National Congress) before his death in 1919. 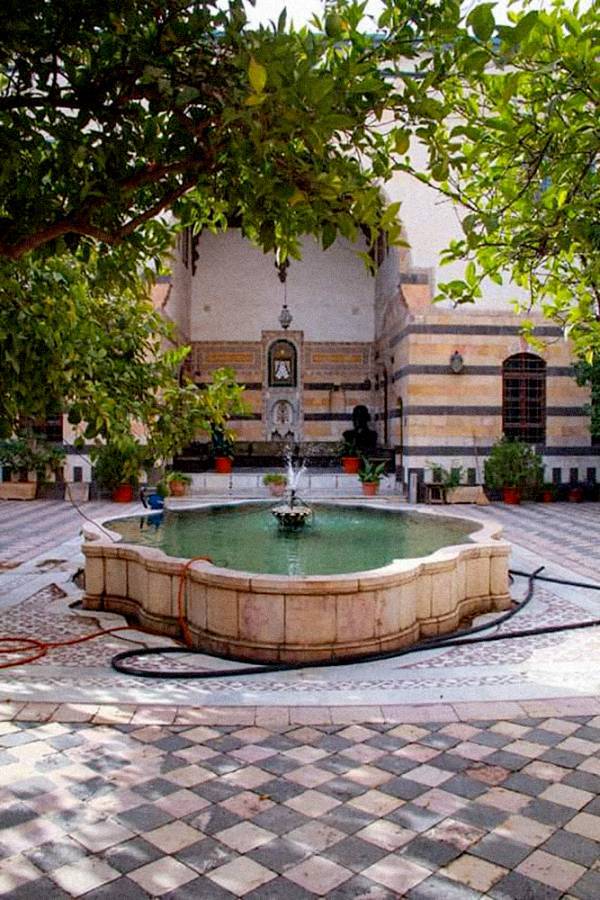 The Saroujah Market Palace was transformed into a museum of Damascene arts, and a part of it was devoted to the Museum for Historical Documents of the Syrian Ministry of Culture

His only son, Khalid al-Azm, inherited this precious palace, from which he ruled Syria in intermittent periods — from 1940 until his ouster and the ouster of his rule in 1963. The Syrian state confiscated whatever was left of his property that Gamal Abdel Nasser did not nationalize and transferred it to public institutions. Possessions such as his elegant office opposite al-Sobky Park that was occupied for many years by the Vice President of Syria, Abdul Halim Khaddam, as well as one of his farms in Damascus’s Ghouta, which was turned into a medicine factory now known as ‘Tamiko Pharmaceuticals’. 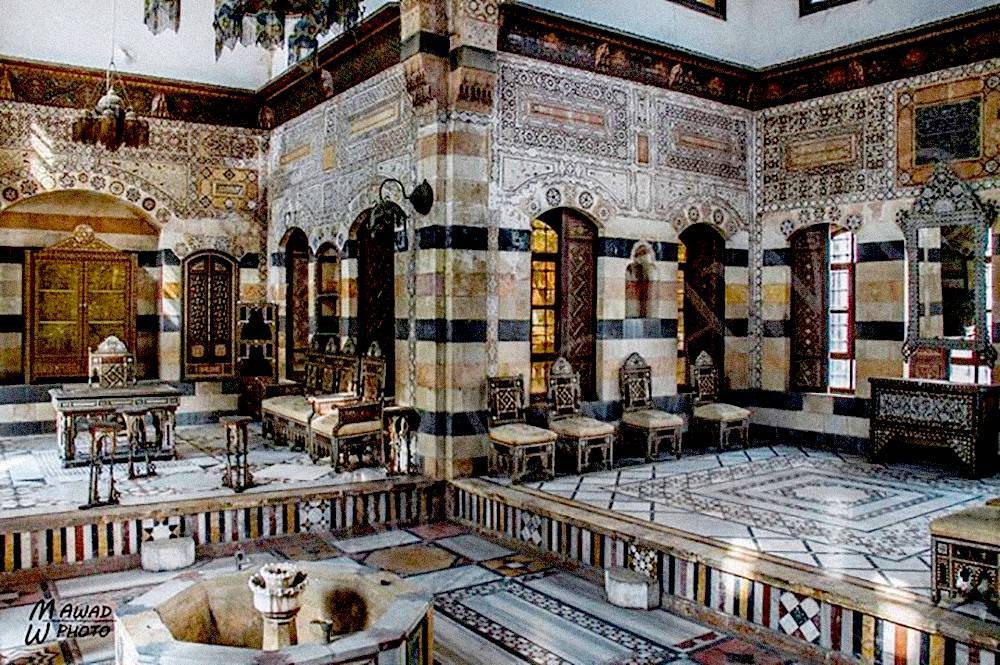 As for the Sarouja Market Palace, it has turned into a museum of Damascene arts, and a part of it has been devoted to the Museum for Historical Documents of the Syrian Ministry of Culture, to be the only one among the three palaces that still has a clearly defined function, and still carrying a “soul” of the employees, revisers, and visitors that once roamed the palace grounds.