"Look over there... Do you see the Dome of the Rock... Focus between the trees."

I turned to where my friend had pointed out, and there it was, with its majestic shiny golden dome, just standing there. For an instant, and at a moment like this, you feel as if a dream is intruding into reality so much that you can no longer tell what’s reality and what’s imagination.

In Jerusalem, there are many symbols and angles that are still far from consumption, but the Dome of the Rock lives on as the symbol of this city, just as it was for the renowned Palestinian artist Kamal Boullata, who left this world on August 6th, 2019 exiled from Palestine, his homeland.

I recently watched the film “Stranger at Home (1985)” by Danish director Rudolf van den Berg, which was shown during Dubai’s Palestinian film festival week, or “Reel Palestine”. The film chronicles the return journey of the Palestinian abstract artist to his homeland following 17 years of absence. One scene in the film reminded me of the journey that took me to Palestine for the first time – me, the Palestinian that was born, raised, and lived far from this land. 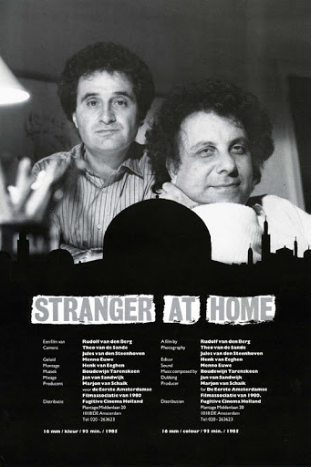 A Dream of Return That Will Not Fade Away

There are two moments that I will never forget when I was visiting Palestine for the first time in my life in 2012. The first was after crossing the bridge – the King Hussein Bridge – which is the bridge that connects the West Bank to Jordan, and is the only crossing point for Palestinians from West Bank regions to Jordan, and from there to the world.

Those carrying visitor visas and foreign passports can also enter the West Bank through this bridge.

I waited at the bridge for 7 hours, subjected to endless questioning by Israeli soldiers: Your reason for visiting? Where were you born? Where do your parents live? Where was your grandfather born? Do you know anyone in Ramallah? How long is your stay?

There, I stayed for seven hours, sporadically subjected to an interrogation with several Israeli soldiers who would begin the never-ending line of questioning: What is the reason for the visit? Where were you born? Where do your parents live? Where was your grandfather born? Do you know anyone in Ramallah? What is their phone number? How many days are you staying? Endless questions – but at the end of the day, I exited the bridge building just as the sun was setting. I looked at the horizon and took a deep breath, then I said to myself, “The smell of the air here is different... I swear it’s different.”

Does the Palestinian living far from his homeland, see everything in his homeland so rosy? Is it really different or does it only seem that way to him? I do not know, and I do not think that the answer to these questions is really important anyway, because for us, Palestine is was the beautiful dream. It was as if we brought our dreams and their details into reality, and on this land, the harsh reality became decorated with the details of our dreams.

The second moment was in Jaffa, where we had dinner at the “The Old Man & the Sea” restaurant. I excused myself for a few minutes to see the sea – the sea of ​​Jaffa that we had heard so much about. I stood facing the sea and closed my eyes to focus on the sound of the roaring waves. I opened my eyes to find a few people here and there, swimming and enjoying the waters of the Jaffa Sea. What next came to my mind was the song “I Remember Once I Was in Jaffa” by Nasri Shamseddine, and my memories carried me to its final verse: “We will return, Oh Jaffa ... We will return, we will return, Oh Jaffa”... And I cried.

Back to the Film

All these memories flashed in my mind while watching the film. During its beginning, Kamal Boullata was hesitant to go to Palestine, perhaps in fear that the image of the homeland might change or be crushed. Throughout the past years, I had the same hesitation, fearing that the Palestine in my imagination would be replaced by the Palestine of reality, because I knew within myself that the suffering from the occupation, the deteriorating economic situation, and internal political conflicts did not leave any place for a rosy Palestine.

I remember that, during the seven hours I was made to wait before crossing the bridge, I met a Palestinian man in his fifties who asked me, “Why do you come to Palestine? What does Palestine have?” I gave a short reply, “I came to see my country.” He answered me “The country you are going to see does not resemble the country in your head. People are completely frustrated with their lives and situation and are looking for any opportunity to leave, and you are coming here to see your country?”

I looked at him and said, “Let me see it as it is. It is better than regretting my whole life that I had the opportunity and I did not go.” 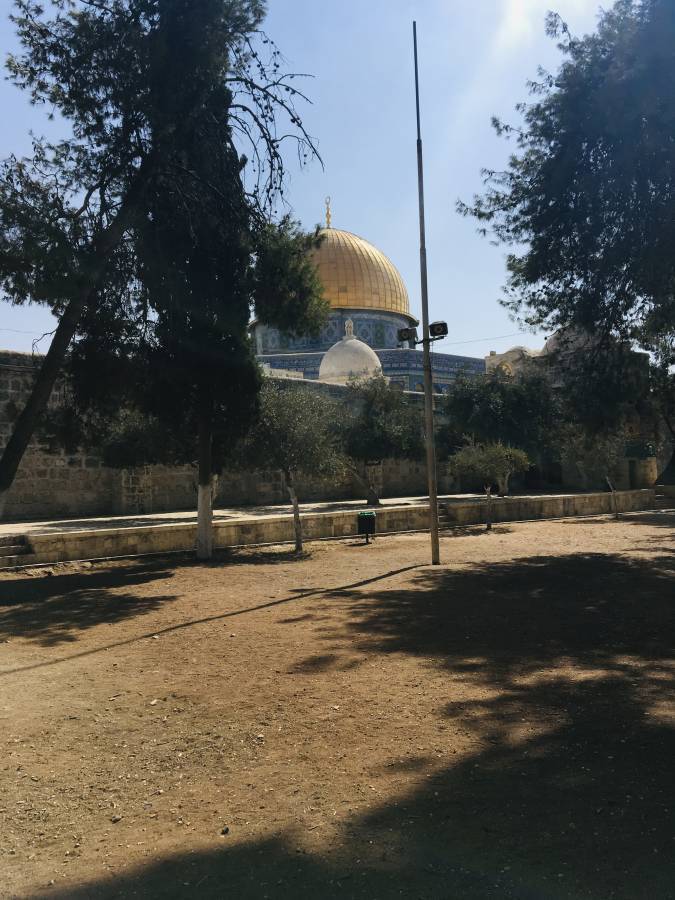 Kamal triumphed against this hesitation, and I did the same years after him. For him, that hesitation turned, during the various stages of the film, into determination and a strong will to return. Kamal Boullata’s fear was that the story of his return to Palestine would become “national propaganda” but who cares? This is the conclusion that the Palestinian artist had reached by the end of the film... If the story of any of us returning to our homeland turned into publicity or propaganda or did not, what would that change? Let us move towards our dreams to return in spite of everyone.

After that, I visited Palestine not once but twice, and each time I find it rosier. You may say a short trip doesn’t reflect life’s troubles. True, but this is Palestine; We love it and love the rose and the gray in it.

In the film, Kamal Boullata appears in the camp, near the Israeli watchtower, and at the checkpoints, speaking about the blockade, restrictions, and the uprooting of people from their lands… I watched this film, which was produced in 1985, today and conditions have not changed at all. The checkpoints, camps and watchtowers are still standing in the same place, that is if they had not increased in numbers and became worse.

Before the film ends, a group of practicing Jews are shown burying one of their dead near the Jerusalem Wall, and the Al-Aqsa Mosque appears in the background. In the following scene, the location immediately moves to the United States of America, where Kamal Boullata lives, and we find ourselves watching the scene of his mother’s burial... Far from her homeland, she who had always dreamed of being buried in Palestine.

In August 2019, Kamal Boullata left our world of the living, and the hope of burying him in Jerusalem remained, until this hope was finally realized relaized. His spirit triumphed to finally rest near the streets and corners of Jerusalem, affirming that this dream will not remain a mere dream, but rather it will come true one day, even if after a while.

I then go back to the story of the Palestinian man I had met on the bridge. After that trip, I did not visit Palestine once, but twice, and each time I find it even rosier than before. You might say, “A short trip does not reflect life’s difficulties.” Yes, but this is Palestine. We love it, and we love the rose and the gray in it. We feel that its air has a different flavor, and that its sea – the Sea of ​​Jaffa in particular – is a sea that tears fall for, and that one day, “We will return, Oh Jaffa.”