Maysoon enters the bathroom in tears, turning the hot water on, her tears fall and mix in with the shampoo foam dripping from her hair, face and neck, as she recalled the words of her fiancé Taim, “Can’t you use some perfume or deodorant?”

Maysoon 29, works as a nurse in a private hospital in Latakia. She earns a monthly wage of nearly 40 thousand Syrian pounds (~ $13), while the price of a deodorant stick has risen up to eight thousand pounds, clearly beyond her reach. She says: “I suffer from excessive sweating, especially in the armpits, so I use a powder that costs two thousand pounds – something that would last for more than three months with me, but it did not work for my fiancé, who is always pushing me to put on perfume.”

Maysoon goes from one store to another, asking about the prices of perfumes and deodorants, she says, “The price of the cheapest bottle costs three thousand pounds and barely lasts one week; and the cheap fragrance they use is only a combination of oils, they sell them at a high price and call them perfume.” 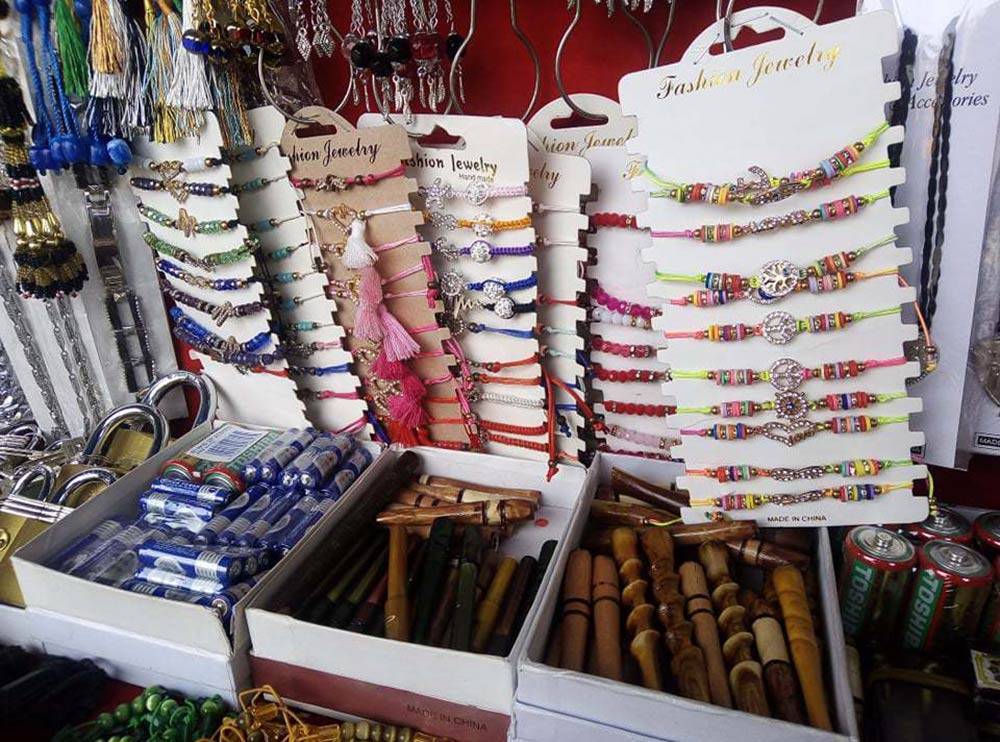 My Husband Left Me

Lillian never stopped scenting her bed with perfumes. She says to Raseef22, “Before my husband comes in to sleep, I fragrance the bed, sheets and pillows with the scent of vanilla. I have a sexy perfume that I spray on my body too, and this makes my husband go crazy for me, but the rise in perfume prices has changed our situation.”

It is the first time that Danny sleeps on the sofa in the living room. He is no longer interested in sleeping in his own bed, after his wife stopped scenting the bed. She says, “I replaced all the expensive perfumes with splash, but the smell does not last long, and this is what has killed our sex life.”

The closet of Lillian, 38, is filled with pajamas lined with satin, lace, and chiffon. Meanwhile in the lower chest drawer, she arranges her underwear on top of each other; a red one “with sequins”, an open black one, and the chained leather one. But they are all worn out, and no longer tempt her husband Danny. She states, “I have always been keen on buying attractive and appealing nightgowns and undergarments. But after the increase in prices, I began to reduce my purchases, and this has negatively affected my relationship with my husband.”

Before my husband comes in to sleep, I used to scent the sheets and pillows with vanilla. I have a sexy perfume that I spray on my body too, but the rise in perfume prices has changed the situation, and our sex life suffered.

After a tour through the markets of Damascus, Lilian returned empty handed with nothing but an embroidered black lingerie set, and a bra of the same color priced at eight thousand pounds. She sighs, “I used to buy with this same amount several dresses with different styles.” 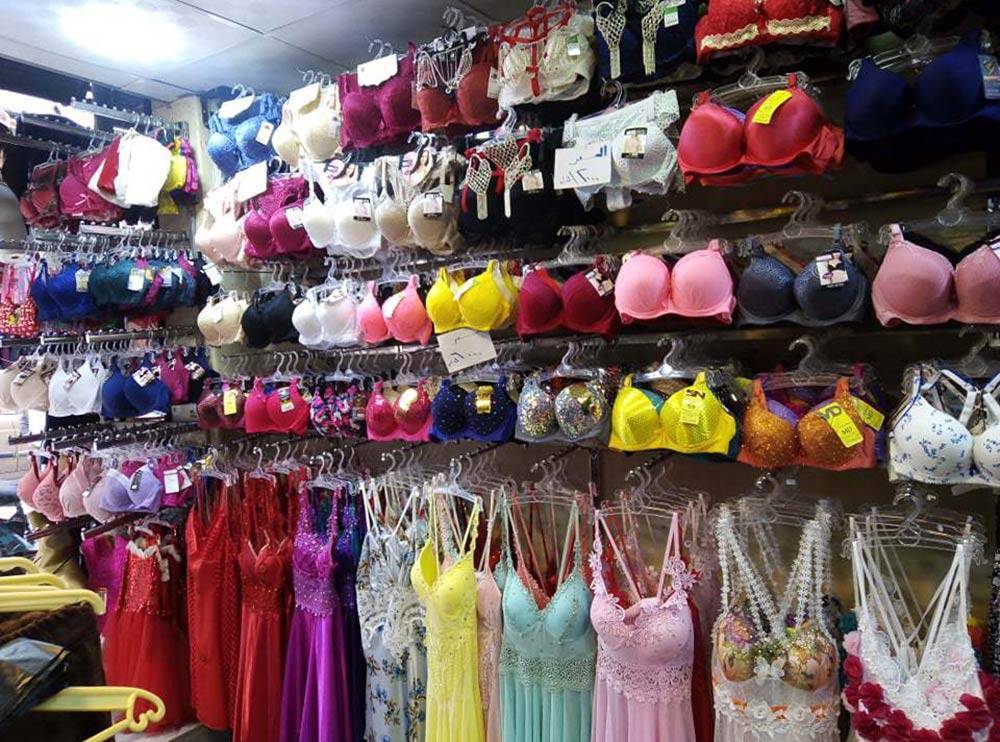 I Haven't Bought a Bra in 10 Years

Abeer laughs for a long time, her two dimples visible on her face. She puts her hand on her chest and whispers, “I haven't bought a bra since the birth of my youngest daughter Nour, that was ten years ago. Its price almost equals my entire monthly salary. My sister gave me a locally made one, I use it for work and on occasions.”

I haven't bought a bra since the birth of my youngest daughter Nour, that was ten years ago. Its price almost equals my entire monthly salary. My sister gave me a locally made one, I use it for work and on occasions.”

Abeer, a teacher who thinks that a working woman must keep a white, a black and a light brown bra in order to be able to change each one to suit her daily outfit, cannot afford bras anymore. She says, “The price of a branded bra began to gradually increase from 700 pounds to 43,000 pounds, making it impossible to buy.”

Abeer memorizes the locations of the stalls located in the popular markets of Jableh. She buys undergarments at “economical” prices, as she explains, adding, “The price of panties is a whopping 2,500 pounds. As for body lotion, shower gel, perfume, nail polish, and make-up remover, they have all been removed from my shopping list.”

Abeer suffers from the bra she is wearing, she discloses, “It does not stay still on my breasts, it either rides up or unclasps from the back while I am walking down the street. Sometimes I feel part of my breast slips out of the bra while I am teaching. It is also worn out, causing me skin allergies, and its strings are constantly tearing, so I patch it up with a needle and thread.” 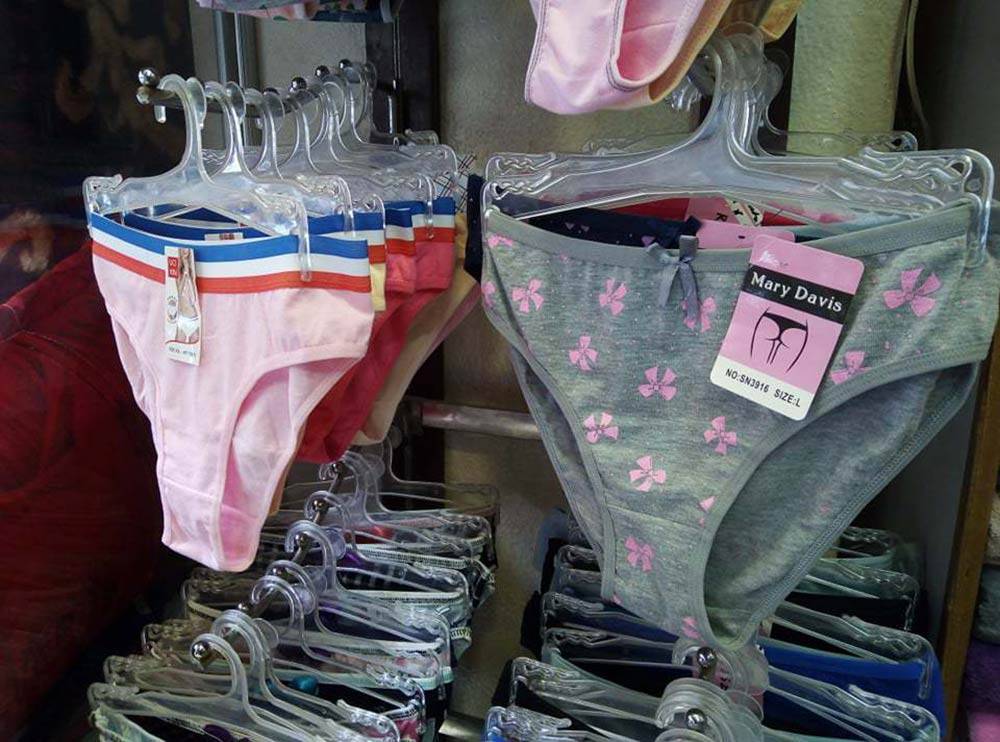 A Bride With an Old Bridal Set

Hanadi got married a month ago. Her mother gifted her a transparent red night robe with “frilly and feathery” sleeves. Whereas her wedding lingerie set was only limited to one bra she had bought from a street vendor, and some underwear, in addition to towels and some used slippers from the “bali, the used clothes market.

Hanadi 33, says, “I was shocked by the prices of the undergarments specialized for brides in Damascus’s markets. I saw one pair of panties for 10,000 pounds, and a pair of shorts with a bustier embroidered with stones and flowers costing 55 thousand. The prices of the accessories, necklaces and zircon earrings are mind blowing.”

Hanadi's husband loves small earrings and asks her to put them on her ears. He also loves anklets on her feet and embroidered underwear, but their first night was not what they had hoped for. Everything he likes, she wasn't able to buy. “My mother's red robe did not tempt him,” she says, “Its design is old and it is a little torn in the back.”

In turn, Hanadi did not feel the happiness felt by a bride on her first night that her friends would describe, and she would read about it in magazines. Her husband also could not buy all the things she liked. She says, “I am tempted by the scent of perfume, and I love striped pajamas for the groom. As for men's boxers, my husband only kept one, since its price rose to 6,000 pounds.”

Hanadi's husband Bassem, 35, says, “I work as an accountant in a hotel in the city with a modest salary that only fulfills a simple portion of our needs. Marital life needs care from both sides and an appreciation of what the other likes. Also, the continuation of their sex life with the same strength and desire is linked to change and attention to small details. But the rise in prices have limited our ability to buy. Our alternative is either rationing or borrowing.” 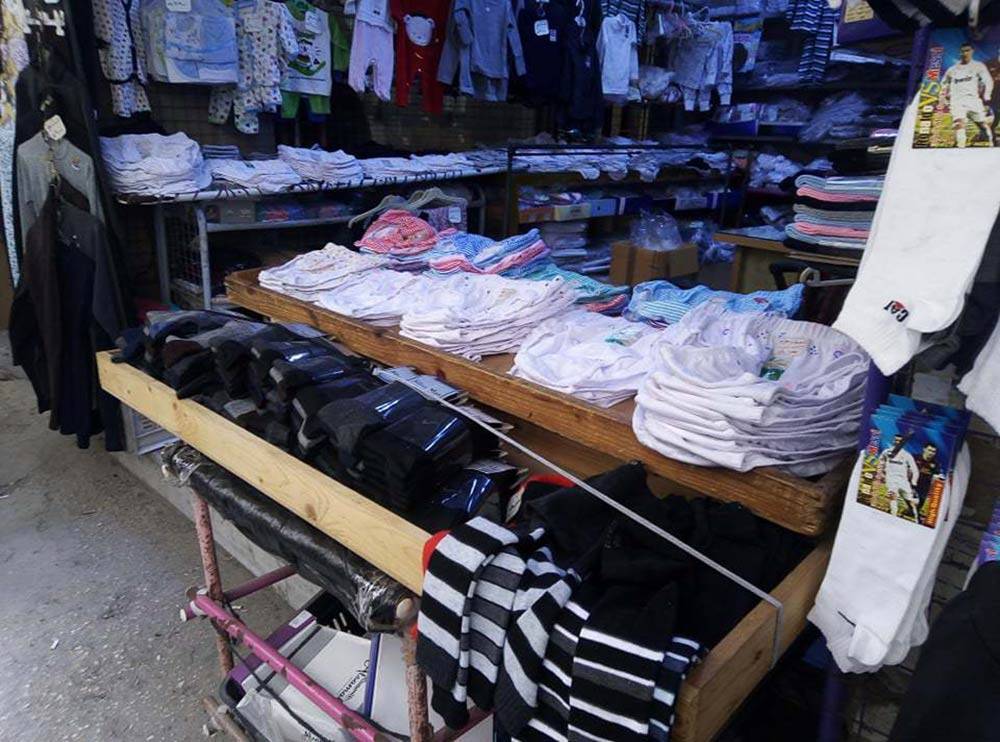 Maya’s father – Abu Maya's voice rises angrily in the face of his wife, “Do I have to pay a quarter of my salary for sanitary pads? I am nothing more than a shift watcher in a government institution.” She replies with, “"When we had four daughters, we did not know that the price of a pack of sanitary pads would increase to 1,800 pounds.”

Maya’s mother says to Raseef22, “I don’t know how the prices of sanitary pads increased this much. The problem is that, despite the high prices, it did not improve in quality. It still leaks and causes allergies. The only solution is rationing its use. I remember that sometimes we would give our neighbor one or two in cases of emergency, but today things are getting much more difficult.”

“Do I have to pay a quarter of my pay for sanitary pads? I am an average employee in a government institution!”

She replies: "When we had four daughters, we didn't know that the price of a pack of sanitary pads would rise to 1,800 pounds!”

Maya’s mother suffers from the ever-increasing requirements of her daughters, saying, “I have four daughters, each one of them is asking me for stockings, nail polish, skin creams, and hair shampoo among other things. I bought one bottle of cologne from the market in Latakia. I bought it for all of them with a price of 3,400 pounds. As for hair shampoo, we now bathe with the same poor quality with which we used to clean the bathroom floor, and this is causing head dandruff and dry hair.”

Maya’s mother resorted to an ancient method of removing body hair, instead of the hair remover sold in the markets of Latakia for 600 pounds. She says, “I make it at home. A cup of sugar with a little lemon and water. I leave the mixture boiling on a low flame until it turns into a solid lump. I then cut it and keep it in the refrigerator. It lasts long enough for all my daughters to use and saves me money.”

I have four daughters, each one is asking for stockings, nail polish, skin creams, and shampoo. We now bathe with the same detergent we use to clean the bathroom floor, and this is causing head dandruff and dry hair. Life in #Syria today

The value of the Syrian pound has declined at an unprecedented rate, after ten years of a war that devastated the country. Buying pants, a jacket, or a coat that would protect an old man, woman, or child from the cold has become a luxury, and owning dress shoes or a nightgown has become an absolute indulgence.

Syria is currently witnessing a livelihood crisis exacerbated by the Corona pandemic. For this reason there has been an increase in the prices of various commodities, in light of the consistency of salaries and a lack of rise in monthly wages, as the average monthly salary of a Syrian employee does not exceed 50 thousand Syrian pounds (about 17 US dollars). This is what made the rationing of purchases, as well as resorting to used and knocked-off goods, the only remaining solution for most Syrians.