One of the attributes one can use when talking about the ruling families in Iraq’s political arena is the unmitigated indulgence in dealing with governance and administration and also when it comes to delegating positions according to the sizing of people as well as the scope of the political blocs and parties to which they belong.

There are political "houses" that are now being led by certain people, who have monopolized the politics of the parties under their wing and eventually became in control of Iraqi politics, particularly within government and parliament.

The Iraqi scene is divided, by virtue of social distribution, into the religious and the political. At its forefront comes the family of Nouri al-Maliki – the former prime minister – who heads the ‘State of Law Coalition’, where we also find his sons-in-law, Yasser and Hussein – who are also part of the coalition – in Parliament. 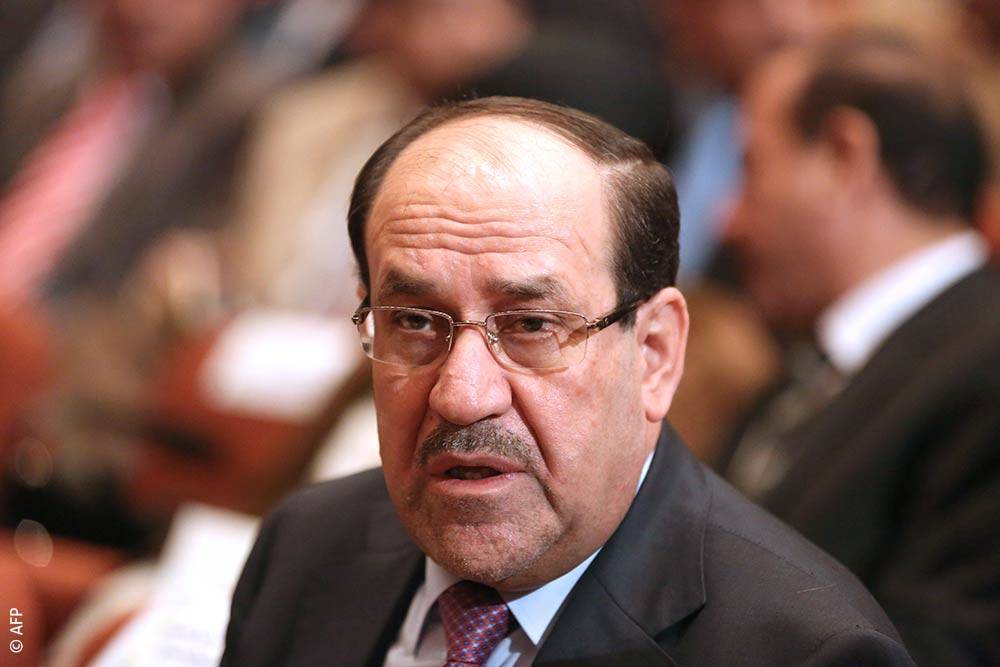 Al-Maliki's son Ahmed is another name that is present there. He has not secured a political position, but several reports indicate that he was responsible for a number of major political and investment deals.

After that comes the al-Hakim family under the leadership of Ammar al-Hakim, who heads the "National Wisdom Movement" with 19 seats in Parliament. Ammar inherited the leadership of the ‘Shiite House’ (or Shiite faction) from his father, Abdul Aziz al-Hakim, who was one of the founders of the transitional Iraqi Governing Council (IGC), and from his uncle Mohammad Baqir al-Hakim, who had established a political movement in the past known as the "Islamic Supreme Council of Iraq (ISCI)". 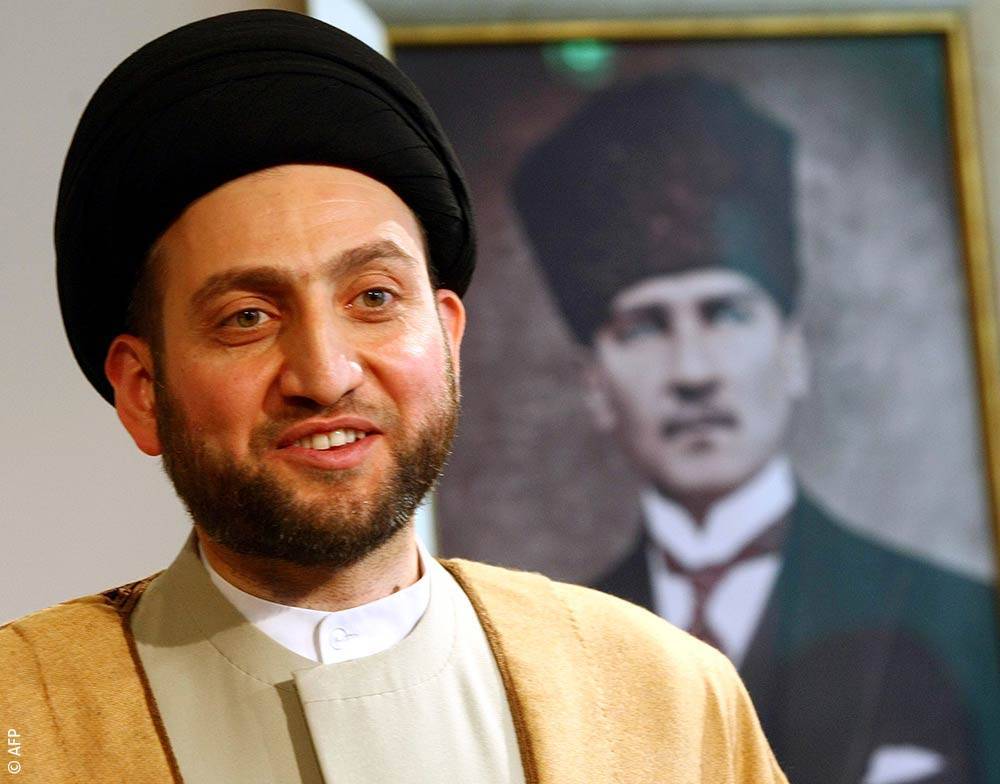 It is also possible to add the al-Allaq family, which took over posts managing the Central Bank and the General Secretariat of the Iraqi Council of Ministers, as well as the Bahr al-Uloum family, whose members hold positions of ambassadors and seniority within various ministries. Such a monopoly was not limited to the Shiite faction only, given that politicians who had emerged from the Sunnis in the country paved themselves a similar path in Iraqi politics.

Within this context, the influence of the al-Karboli family – descending from the Anbar province – includes businessman and politician Jamal al-Karboli as well as his brother Member of Parliament Mohammed al-Karboli.

Equal to their influence is the al-Nujaifi family. It includes Osama al-Nujaifi, who served as speaker of Iraq’s Council of Representatives from 2010 up till 2014 while now heading the Parliamentary “Muttahidoon” coalition, as well as his brother Atheel al-Nujaifi, who was the governor of the Nineveh governorate before its fall to the ISIS militant group. 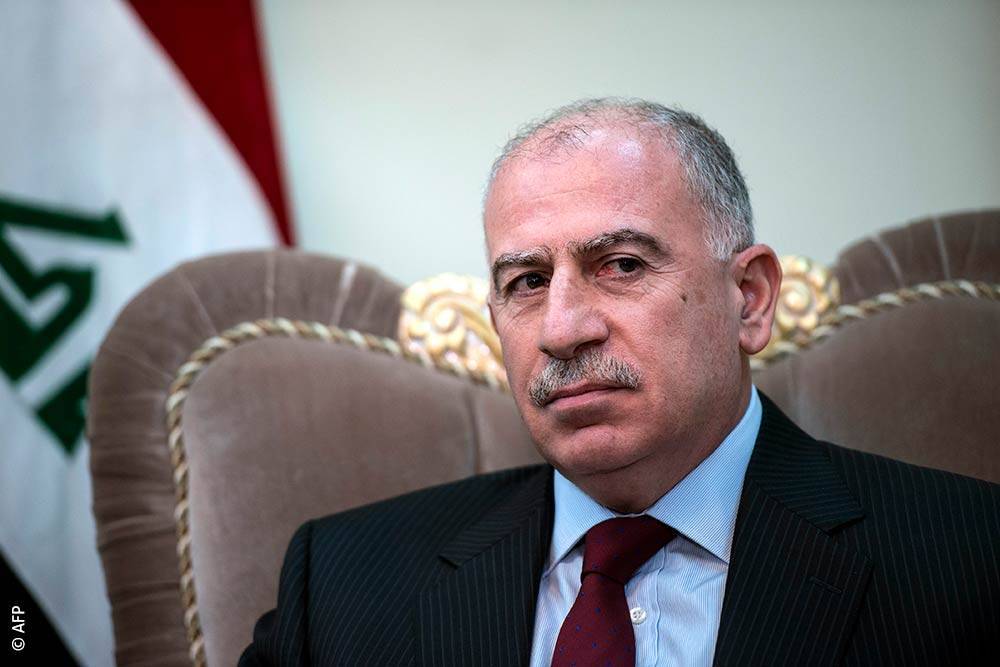 Off to the Kurdistan region, where political families dominate the scene as well – the Barzani and Talabani families monopolize political work in the region. Masoud Barzani was able to successfully take over the leadership of the Peshmerga security apparatus after he had been president of the Kurdistan Region of Iraq.

Immediately after Masoud stepped down from the presidency, his son Masrour Barzani took over the reins of the presidency. Meanwhile Nechirvan Barzani, Masoud's nephew, became second President of the Kurdistan Region by virtue of a political agreement between the two main parties. The other party mentioned here is the "National Democratic Patriotic Union of Kurdistan", jointly chaired by Qubad Talabani and Lahore Sheikh Genki, the same person who holds the position of Deputy Prime Minister of the Kurdistan Region. The two parties also have representatives in the Kurdistan Parliament and the Federal Parliament, as well as ministers in both the current government and previous ministries.

Iraqi member of Parliament Raad al-Maksusi explains that some political families in the country have a hold on the duties of parliament and the government in a way that outweighs the influence of the parties they belong to, describing this as "a phenomenon that is clear and evident to all." Al-Maksusi believes that political consensus and kinship between officials were a reason for many decisions that were taken, citing the division of the region's resources between the two parties – something that significantly contributed to the deterioration of the economic situation for the residents of Kurdistan.

In parallel to all this, the Parliament member indicates that Atheel Al-Nujaifi has not been brought to trial or even accused of being responsible for the fall of Nineveh, since his family and his bloc used their political influence to intervene and protect him. The MP also evokes the failures of the officials and ministers belonging to those same families, who were imposed on the post-2003 Iraqi governments and sadly were not questioned on how they managed their positions and office.

Al-Maliki, Al-Hakim, Al-Nujaifi, Al-Barzani... clans that emerged for various reasons: entering politics under the guise of religion and feudalism, exploiting political positions to infiltrate all sectors of Iraq, the thriving business of nepotism in Iraq

On the other hand, former Kurdish representative Areez Abdullah justifies the existence of political families by virtue of the “history they own,” as he believes that “they have a mandate that qualifies them to enter parliament and the government through the weight they hold within their parties first and the street on which they are based second.” In his opinion, this produces a number of representatives speaking for them inside the House of Representatives.

Abdullah attributes the reasons for the emergence of these families to the association of some of them with nationalism, such as the Barzani family, while others entered the political arena through the gates of religion or a political Islam, as is the case with the al-Hakim family. Meanwhile, there are others, such as the al-Maliki or al-Nujaifi family, that follow a clear political line, for they have never participated in unexpected turns in Iraqi history where they fought the regime or demanded independence, as is the case with the families of Kurdistan.

Although some families, such as al-Hakim, al-Maliki, Barzani and Talabani, ostensibly maintained their unity, cohesion, and influence inside and outside their parties, there seems to be some disputes that have begun to surface.

The contention was evident within the ranks of the Allawi family after Ali Allawi, the cousin of the leader of the secular National Coalition Ayad Allawi, accepted the post of prime minister under the support of Shiite forces close to Iran. Something similar happened between the al-Karboli’s Jamal and Mohammed, where the former leads a party that competes with another bloc that Mohammed is a part of and is led by Parliament Speaker Mohamed al-Halbousi.

However, these families are just about the least active among their peers, whether they were Kurdish or Shiite. For example, al-Maliki fortifies his presence by relying on representatives from among both his tribe and his cousins, as the current reality indicates that he still controls the political process or at least part of it. Accordingly, the progression in positions for them does not only begin from the ministry or parliament, but rather by preparing personalities that initially hold low-key positions that the media does not shed much light on. For instance, one could begin with the post of director general, then undersecretary, to eventually reach the position of minister. In any case, in the event of not becoming a minister or the like, these people do not fail to run for elections where they can exercise political power through the window and influence of parliament.

The same applies to the Barzani family, as its political influence in the region enables it to control the candidates of the ministries part of the Kurds' share within any federal government. It also either takes over or participates in any negotiations between Erbil and Baghdad in case a crisis arises between them, and practices the same approach when accessing sensitive sites, whether at the level of the Kurdistan region or the government in Baghdad itself.

Until recently, the ‘Kurdistan Democratic Party’ was intransigent and unyielding when it came to granting approval to Mustafa al-Kadhimi 's government, on the condition that it accepts the reinstatement of Fuad Hussein as Minister of Foreign Affairs after he had held the position of Finance Minister in Adil Abdul Mahdi's government.

A State Within A State

In response to these controversies, professor of political science Ahmad al-Abadi believes that positions that allied certain families, drove others apart. Referring to Saddam’s rule and the ones before it, al-Abadi expresses no surprise that the current composition of Iraqi politics is causing disputes among siblings and relatives for power.

He rationalizes that the very existence of such families is a flaw in the system that needs rectifying, explaining that true democracy would treat Iraqis according to citizenry and not (familial) belonging.

Furthermore, the political scientist posits negative attributes of the state and its administration, like nepotism, malpractice and incompetence, to the rule of these families. He attributes to them the formation of what is commonly known as the ‘deep state,’ in which political parties and figures control ministries, security agencies, and institutions.

For example, Barzani heads the Peshmerga security apparatus in Kurdistan while his family controls its political sphere. Similarly, al-Maliki placed members of the ‘Da’awah Party’, all of whom had pledged eternal allegiance to him, in high-ranking positions within the state. 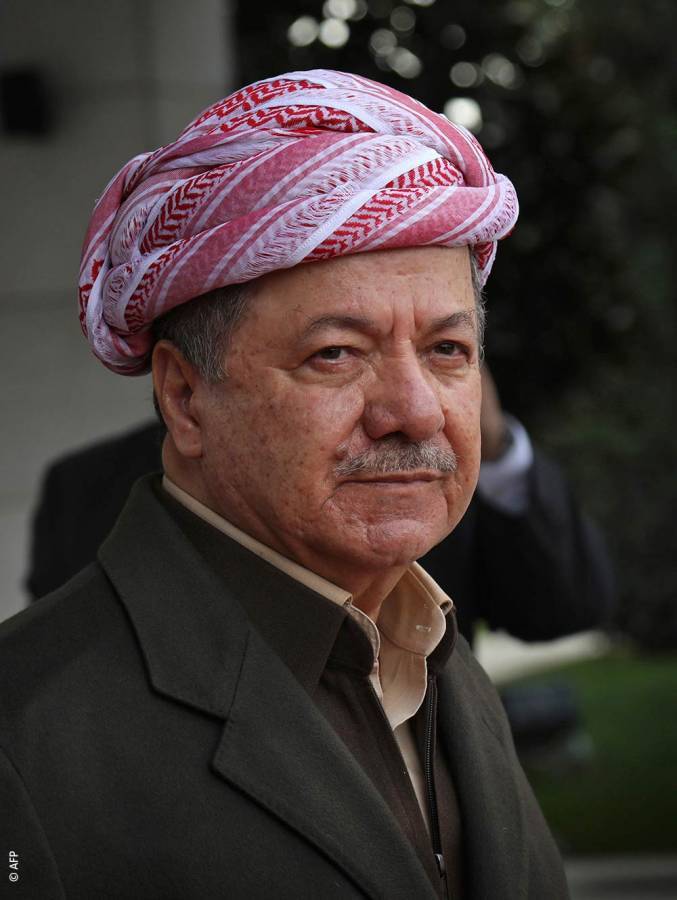 While al-Maliki ran the state from the position of prime minister, he offered security generals and commanders that were not his relatives, sensitive positions in the state. Nonetheless, his family’s political influence and sway is evident in its protection of these figures against possible questioning or isolation.

Powerful political families that control the Iraqi scene avoid publicizing the names of relatives in various state positions. Other positions, however, are kept under wraps and might be more important, since – in many ways – they hold the true reigns.

The Hakim family, for instance, backs certain names for sensitive positions that range from department heads to ministers of state, passing through all the positions below minister. Other families hold similar sway over certain positions, but the extent of their influence varies accordingly.

Al-Abadi notes that despite parties’ overt dominance and power, political families and figures avoid publicizing the names of its relatives in state positions. The names of ministers and parliament representatives are the only ones to come to the open, while other appointments are kept under wraps. He explains that these unannounced positions might be more important than minister of representative, since -in many ways- they hold the true reigns of administration.

Political analyst Omar Sharifi believes that the rule of political families in Iraq is starting to gradually diminish, despite the continued presence of influential figures that often impose their views on many occasions.

He sees that this phenomenon is not something that can be overcome overnight, referring to the emerging parties that entered the Iraqi arena as well as the formulas on the basis of which they had decided to enter the political battlefield, as he compares between the parliamentary sessions that Iraq has seen since 2003 until now.

Sharifi points out that this time, traditional parties, even if they are large, face a different popular awareness that resulted from the demonstrations and the years of failed rule. He sees that it must change its leaders and give new faces and the youth the opportunity to climb the ladder of power, in hopes of reaching advanced positions within the Iraqi state, whether in parliament or the government, especially if it wants to keep pace with the change taking shape in the country little by little.