“Is it not true that the views of exile in literature and, moreover, in religion obscure what is truly horrendous: that exile is irremediably secular and unbearably historical; that it is produced by human beings for other human beings; and that, like death but without death’s ultimate mercy, it has torn millions of people from the nourishment of tradition, family, and geography?” – Edward Said

Iraqis living in London – had to deal with two things: How they define themselves while the country they come from doesn’t exist as they remember it – and how they define themselves in their new homes, a home which isn’t foreign, but isn’t home either. Talking with both older and younger generations of Iraqis living in London, Zainab Saleh investigates this notion of exile and nostalgia in her new book Return to Ruin: Iraqi Narratives of Exile and Nostalgia. She engages in the question about what it means for the Iraqi diaspora living their own personal memories and experiences in a country, that continued to marginalize them especially in the wake of the “War on Terror” in which the then-prime minister Tony Blair, alongside George W. Bush continued their wars and battles in Iraq.

Dia al-Azzawi was in his late thirties, when he left Baghdad to London, after Saddam Hussein’s regime came to dominate the political, social and economic life in the country. He belonged to the older generation of Iraqis who made the London community visible through his voice which was empowered by his art. His painting Travelling West appears on the book cover, and resonates the content and story-telling of Zeinab Saleh’s work. It was painted in 1979, when there was only a spark of Iraqi immigrating to London. The picture is a metaphor by itself, playing with the colors and the symbols about exile and the idea of migration but of destruction too. 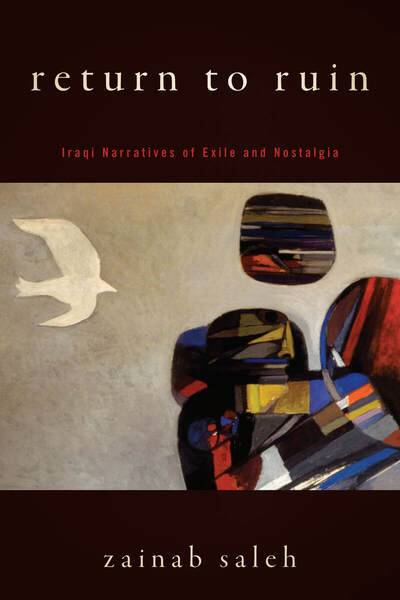 The book focuses on five people, five diverse and multi-layered people narrating their own personal experiences and childhood in Iraq. Zainab Saleh excavates an oral archive, with which she tries to understand the present Iraq, by looking back at the past. By doing so, she says: “My purpose was to convey the questions and discourses among the Iraqis I met, and at the same time to highlight individual voices in order to humanize Iraqis. So the individual stories are unique, but the issues they raise about class, gender, religion, nostalgia, and empire were prevalent among Iraqis I met.”

My purpose was to convey the discourse among Iraqis I met, while highlighting individual voices in order to humanize Iraqis. The individual stories are unique, but the issues they raise about class, gender, religion, nostalgia, and empire were prevalent

For most people she interviewed, exile was thought to be a temporary experience. In 2006, there was a spark of hope that things might improve and nostalgia somewhat intensified. The author explains: “The more Iraqis experienced violence and the present appeared bleak, the more significance the idealized past gained.” By telling the stories of these five individuals – all of them found their way to London at a different time and from a different personal background.

While the author tries to understand their lives in Iraq and in the diaspora, she engages with her own personal background – and ties them closely to the interlocutors she is talking with about the meaning of home and the notion of nostalgia. There is Hanan – who is coming from a communist background, engaging with organizations and the Iraqi community in London – looking from a social, and political perspective at her homeland. She is attached to an earlier period of Iraqi history, that is entangled in British Imperialism. Concerning her personal story, Zainab Saleh explains: “I focus on the life story of an Iraqi communist woman whose idealizations of the past, when the Iraqi Communist Party dominated the political scene, constitute a dominant discourse about the late 1940s until the early 1960s that have shaped Iraqi memory for generations. This discourse valorized the experiences of middle-class Iraqis from Baghdad, perceived progressive Iraqi women as markers of modernity, and disavowed the experiences of religious people and the downtrodden. It chronicles how Iraqis came to inhabit a postcolonial present that was defined by disenchantment and nostalgia, which provided a moral critique of the present, and that was sutured to the notion of a unified modern Iraq that stood in contrast to the sectarian fragmentation of the Iraqi body politic both in Iraq and in diaspora.”

Others are coming from a religious background, trying to understand what it means to live their religious education in and outside Iraq – and understanding the way they process religious aspects of their lives in a country where their religion is misunderstood in many respects. She emphasizes that the religious scene was diverse and multi-dimensional, not painting only one picture, but many pictures. “There were different voices within. For instance, another interlocutor whose narrative speaks to experiences of devout Shi‘a Iraqis whose sense of belonging revolved around pilgrimage to holy cities in Iraq and the personal cultivation of a pious self. Growing up in exile in Iran and London, this narrative unsettled the prevailing discourse of the 1950s in her effort to construct a religious subjectivity through travels and diasporic routes.” 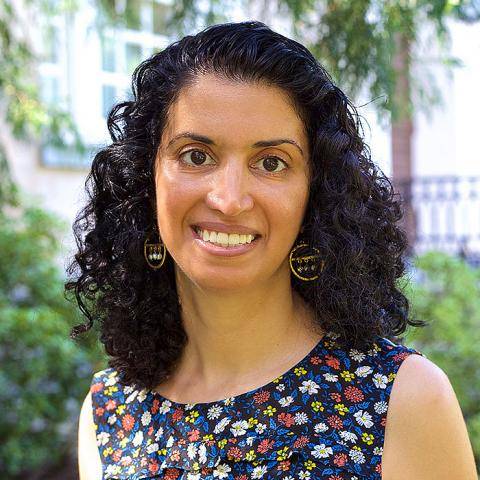 These lives Zainab Saleh is narrating in her study to understand what nostalgia and exile means for the Iraqi diaspora are not definite – she tries to understand in which way the Iraqi diaspora in London is not homogeneous but diverse. One of the most severe difficulties she came across was gaining trust from the people she was talking to, and this happened by telling her own story and personal background. Her interview partners started to trust her, when she told them about her story and her own family. “When I first met people, the first thing we did was to talk about our lives in Iraq, and we always found some shared experiences that connected us together, especially that most of the people I met were displaced by Saddam Hussein’s regime. Narrating my life story to reassure Iraqis that I wasn’t a loyalist of Saddam Hussein was part and parcel of my fieldwork.” The personal story of the author is a very important element in the book, because it drives the book forward, and makes you understand why the author had written such a book.

These interludes as she called them – are a way to read the author’s own story, about her life in Iraq, her family and how she became the person, she is today. This trust the author gives is unique, and gives a unique perspective how to read Iraq and its history. This book is a very personal project, it tries to frame its theoretical background with story-telling narratives about what home and nostalgia in comparison to exile means to a diverse community such as Iraq is. It is a plethora of diverse voices, that aren’t easily to be summarized. The author gives us a glimpse into the lives of other people to understand what it means to lose not only a home, but trying to find a place, not to replace it but to find something where they are able to live their lives as they are able to.

Last year, the author did the last interviews with the characters we heard so much about, and it is difficult to understand what they think about home after so much has happened. While today’s generations witness their home country from afar, the future generation might have a chance to witness their home country again from within. The book’s journey lasted for 14 years and a lot of voices found from the Iraqi community in London were heard and stories told in this book project.

All stories are unique on their own and while reading the book it was like you get to know the persons behind their stories you could imagine talking with them about their experience and dreams about Iraq. The book is more of a conversation between the author and the persons they interviewed and the conversations are lasting a long time after the book is finished and you will find yourself wondering how it would be to meet them in real life.

Iraq’s Demonstrations In the Time of Corona