I woke up this morning with rage. The kind of rage one feels when one sees conceit and stupidity working hand in hand. Our collective reality has entered the realm of surrealism, and not that of Dali’s melting clocks, but something more akin to Hieronymus Bosch’s apocalypse, to use an artistic simile.

Yesterday is a blur. And tomorrow will be even more so.

My anger is directed at an order of incompetent old men who have outstayed their welcome, like the party guest who eats all your food, drinks your wine, then rearranges your furniture and climbs into your bed uninvited.

Since November of last year, the population in Lebanon has raged against the machine. An arrogant, selfish machine that has looted and deprived all citizens of their basic rights. Is the provision of basic services – running water, electricity – not a right? Is it not normal that one should expect the food on sale to be unadulterated? Should it be a privilege to be able to access one’s own money? The demands are for the very minimum one expects in civil society.

This time though the Lebanese, who have suffered unspeakable wrongs must insist that the investigation into this reckless and obvious indifference be made public. Be it negligence or sabotage, dysfunction or theft, the truth must emerge. Beirut needs new doors if it is to have even an infinitesimal chance at recovery, a way out of its current predicament.

The explosion that devastated an already crumbling country is no longer a metaphor because the worst of our imagination has become a reality. The blast brought down foundations and blew out doors and windows across the capital. The casualties are in the thousands with the number of dead still unknown. Now the Beiruti population is not only cashless, jobless and hopeless, but homeless as well. The authorities estimate that at least 300,000 will need to be relocated. Doors that once welcomed people into homes have been blown away. Beirut is doorless.

Somebody once described the state of Beirut as “Kafka, without the irony”. When will this nightmare end? The Lebanese people marched demanding a fair shake for the average citizen. There was a sliver of hope on the horizon, or at least in the mind’s eye. Then the whole world was attacked by the pandemic with devastating consequences. Every problem was exacerbated. Politicians orated and lectured, promising change. But this is Lebanon, and the status quo remained. 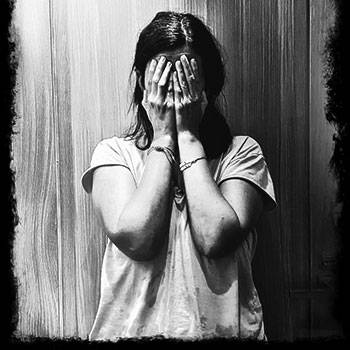 I had originally written an article to be published on Sunday in celebration of Eid al-Adha, but for some reason I delayed in sending it. Then Tuesday happened.

It didn’t take long for the conspiracy theories to start being bandied around: an Israeli airstrike, a Hezbollah missile factory, bombs placed by agents provocateurs. We probably won’t know the definitive reasons for a while, but I believe the official story of a stockpile of ammonium nitrate being ignited. Never attribute to malice what can be easily explained by incompetence. Still, given the fact the dangers were highlighted for years by NGOs and citizens alike, this doesn’t make it any the less criminal.

For us living in the U.S. the blast happened in the late morning. Frantic calls were made to family and friends, a not unusual occurrence if you have family in the Middle East, especially in Lebanon. In fact, I continue to make such calls today as we work our way down the list of friends who live there.

For us living in the U.S. the blast happened in the late morning. Frantic calls were made to family and friends, a not unusual occurrence if you have family in the Middle East, especially in Lebanon. In fact, I continue to make such calls today as we work our way down the list of friends who live there

Help is desperately needed. We’re waiting for a miracle: a roadmap out of this quagmire that is fair, workable, and importantly, acceptable to the political class that is holding the country hostage. I don’t believe that many countries can withstand what Lebanon has been subjected to and to which has adapted at every turn time and time again.

Now Beirut is a doorless city.

I’m tired for the Lebanese. I’m tired for the Syrians, for the Iraqis and for the Yemenis who continue to die every day, unremembered. Today I write while my hands continue to tremble. I know I write as an observer and not as a paying member in Lebanese society, but I write in solidarity with my friends and family who lived in what they once took – or hoped – to be an ideal country, but that has constantly had to rescue itself from its own leaders.

I have no magic solution.  And neither do any of the politicians whose best attempt at a solution is to declare a two-week state of emergency and to place some port employees under arrest until “enquiries are made”. This in and of itself is double speak and is the modus operandi of the State: movement without progress.

For too long, the Lebanese have had to wait for verdicts. Some have come and have long been forgotten, written off as lies or excuses. The tribunal’s verdict on the assassination of Rafic Hariri (15 years ago I might add) is due this week. It will probably not amount to much. No justice will be served and there will be no truth and reconciliation. There are riddles that will never be solved, geopolitical chess games that will never be won. Such is the way of the world, especially the Arab world. Files are never declassified. They just disappear into the ether while the past is rewritten so that everybody has their own version of it to pass down to the next generation.

This time though the Lebanese, who have suffered unspeakable wrongs must insist that the investigation into this reckless and obvious indifference be made public. Be it negligence or sabotage, dysfunction or theft, the truth must emerge. Beirut needs new doors if it is to have even an infinitesimal chance at recovery, a way out of its current predicament.

In the words of Tom Stoppard in Rosencrantz and Guildenstern Are Dead: “Look on every exit as being an entrance somewhere else.”

Corruption Exploded in Our Faces, Killing Us

To Move On, the Traumatised Middle East Needs to Heal First

Sex, Wine, and Animals: The Caprices of the Caliphs