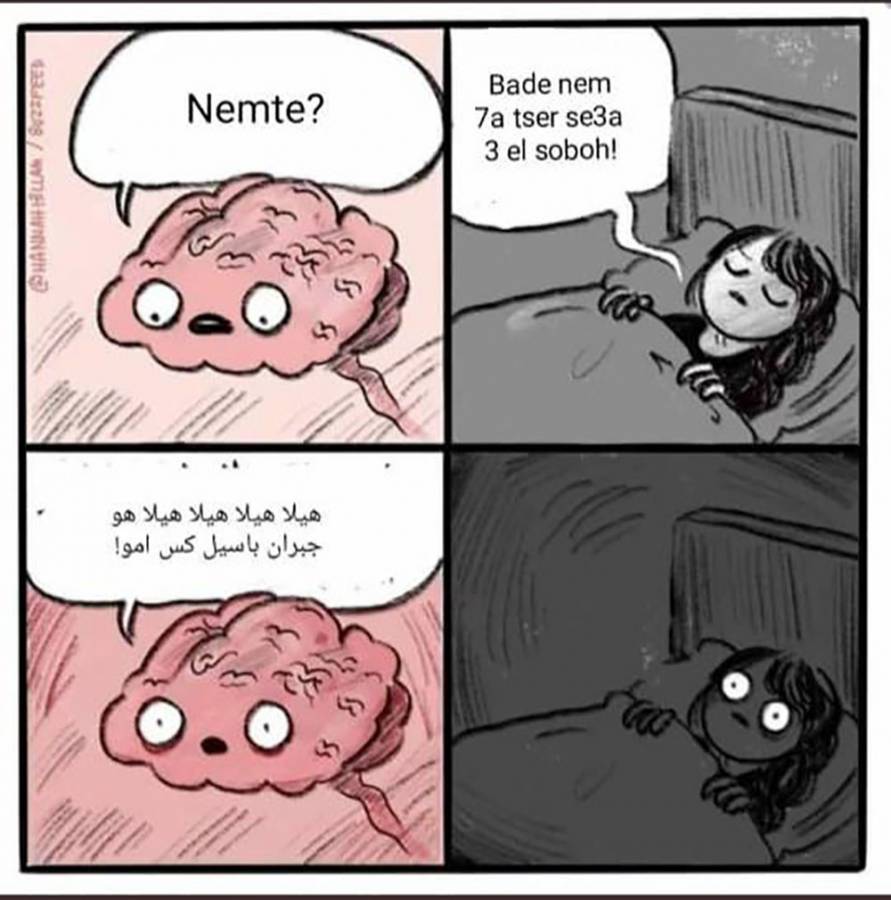 "All of them, means all of them" was the most prominent slogan in the recent Lebanese protests, dredging the names of various political and sectarian leaders in the context of refusing their continuation in power; however, the largest share of the insults was reserved for Lebanon's foreign minister Gebran Bassil, the son in law of the ailing Lebanese President, with many mocking him for the earned title: most insulted man in any one day. 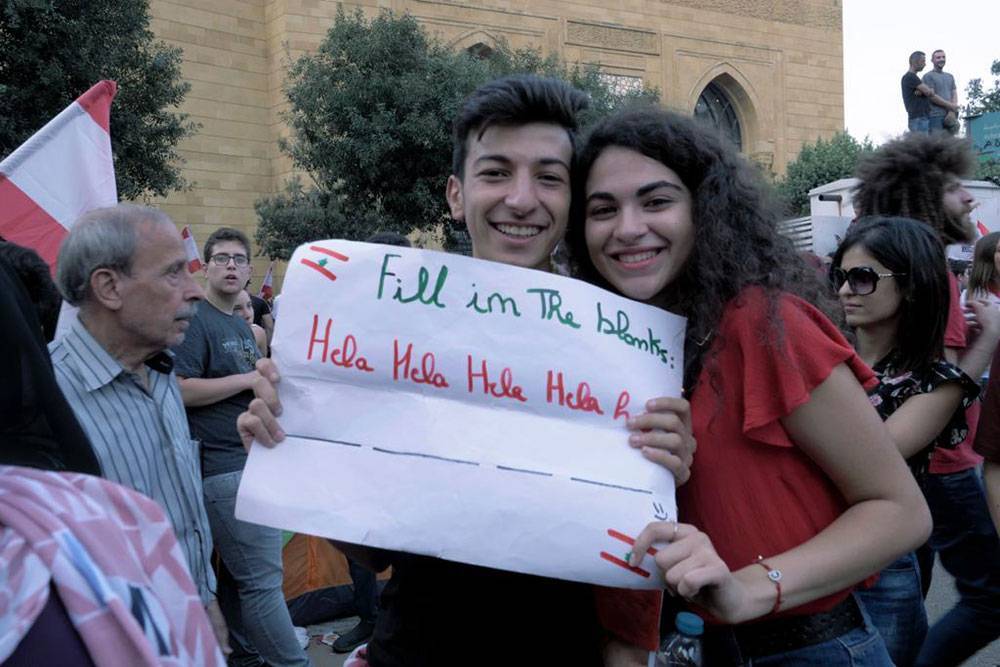 In parallel to the protesters' insults, a restless impatience emerged in the ranks of the campaign "All of them means all of them" towards Bassil; the leader of the "Marada Movement", former minister Suleiman Frangieh advised the president of the republic to 'sacrifice him', while the president of the "Progressive Socialist Party" Walid Jumblatt described Bassil as the "symbol of tyranny." 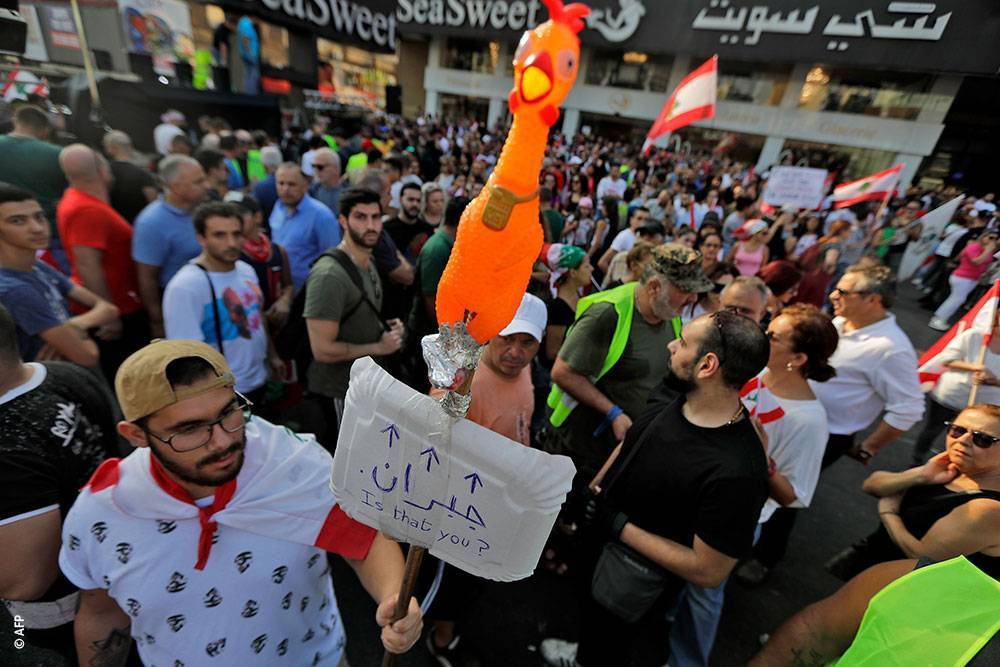 Yet the question remains: what has caused Bassil to be the most provoking figure for the Lebanese street? In a survey of opinions of people from various backgrounds, Bassil is described as "dull", "lame", "provocative" and "untolerable”. A deeper analysis of the question however requires us to examine the different faces and stages of Bassil, namely, how he ascended through the ranks of the "Free Patriotic Movement", his performance in the various ministries in which he served, his racist rhetoric, and the makeup of his very unique personality.

A question directed by Raseef22 to a group of youth of various ideological backgrounds found similar answers on the subject of Bassil's ascendance within the Free Patriotic Movement. 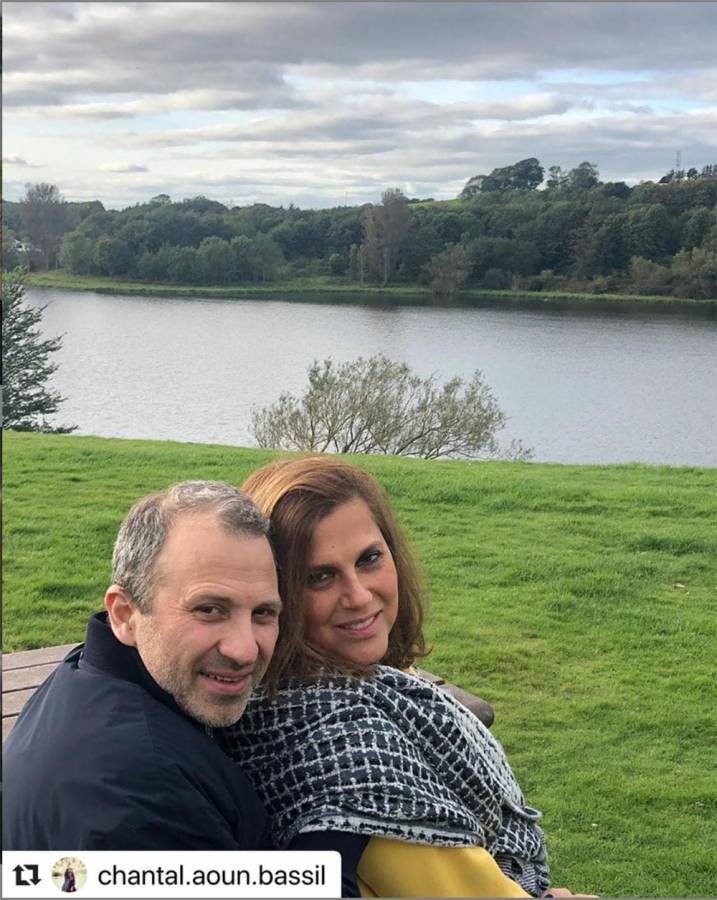 According to "Ali", his hatred of Bassil began when he became the leader of the Free Patriotic Movement; as well as being the son-in-law of the President of the Republic, Michel Aoun, he was effectively imposed through "recommendation" (read: nepotism) as head of the party.

Meanwhile, Mohammed points out that Bassil rose to power through nepotism, using the special "halo" surrounding his uncle who was a General; while what was most provocative was that he ascended to the leadership of the party ignoring the real activists and historical struggles within the movement.

Many accusations were directed at Bassil that he supported the interests of businessmen over activists inside the party.

Speaking to "Jad" about this point, he describes Bassil's arrival at the party as a "parachute landing", for those who knew him before 2005 as someone without any leadership credentials, descended “from above” as a leader on Aoun's return. Thus according to "Jad", the party believes that "he does not deserve the position he is in; why should he take a leadership role and impose his opinion?" 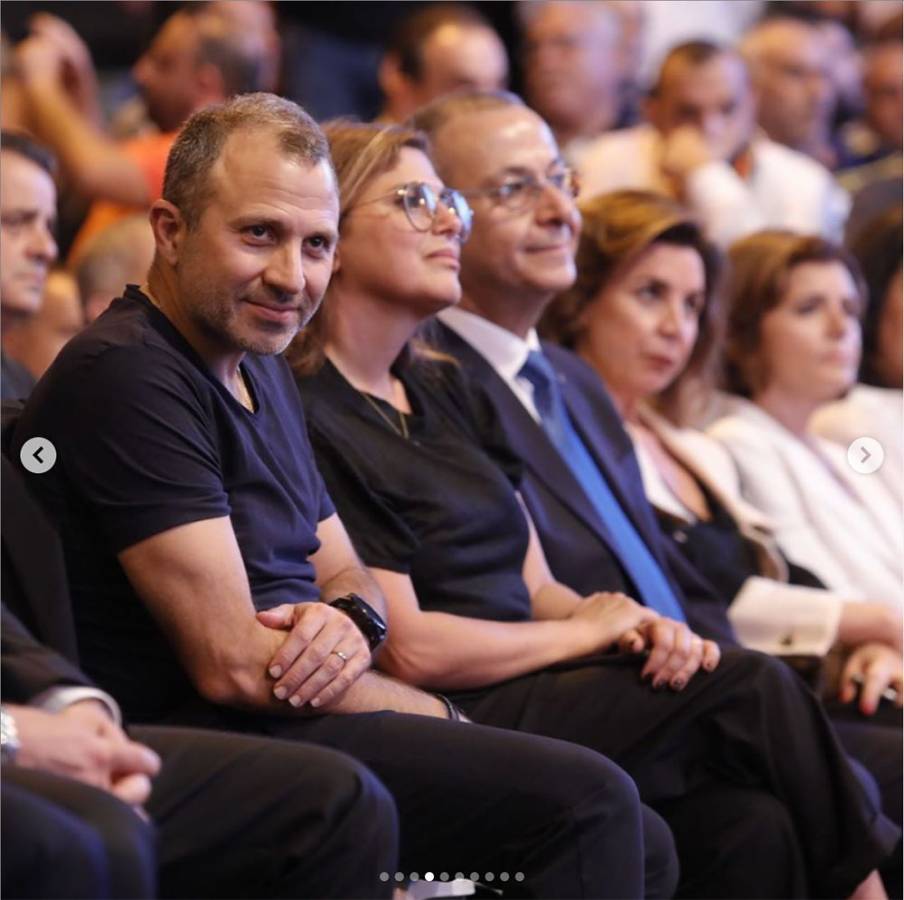 Jad nonetheless notes that Bassil had previously participated in protests and was arrested twice, but was on the sidelines of these protests. When he assumed the presidency of the party, he carried out his party and political responsibilities according to the principle of "with me or against me – that you are either 'his man' or you will be sidelined."

Bassil's CV includes the leadership of three ministries: the first as Minister of Communications in 2008, the second as Minister of Energy and Water in 2010, and the third, the current post, as Minister of Foreign Affairs and Emigrants.

Although not the only one, Bassil would experience many failures in his ministerial performances. According to Ali, the young minister promised a lot but delivered little, with his routine excuse being that he was doing his best, but was being let down by others.

Ali said: "He continuously blames his failure on others and this is provocative" – while also noting his positions as Foreign Minister: "Now in the Foreign Ministry, his opinions are topsy-turvy in order to win the approval of all sides, which testifies to his opportunist manner."

Arrogant, cocky, racist, profiteering, unaccomplished and disrespectful of the system, Gebran Bassil climbed the ranks of the Tayyar Party at the expense of his ailing Father in Law, earning himself the title: most hated Lebanese man.

Meanwhile, "Zaina" recalls what Bassil said about Israel during an interview, and his unwillingness to be clear that it was an enemy, in addition to his constant efforts to cosy up to the United States – while on the other hand simultaneously taking positions that he "sells" to Hezbollah at every turn, such as reportedly now wanting to visit Syria.

Meanwhile, for "Mohammed" Bassil's performance in the Free Patriotic Movement and in government generally points to the fact that he belongs to the cloth of politicians who do not inspire "confidence or trust" in politics, adding that untrusted politicians cannot direct a long-term political project.

Mohammed also points to the nature of Bassil's rhetoric towards other political parties, stating that he is "patronizing and provocative, demonizing the opposition and pretending to be an angel."

He adds: "After Bassil took power he monopolized his control over positions that were [previously] undertaken by Christians within the state, and also undermined the work of [state] institutions and suspended the decrees of those who were successful in the Civil Service Council; he lost the segment of employees who believed in the state, in institutional work and in instituting the criteria of competence in employment."

For his part, "George" believes that Bassil is willing to disrupt the interests of the entire country until he gets his way, while what is most provoking in his eyes is that he "shamelessly and impudently considered that the current revolution in the streets is in support of him."

Meanwhile, regarding his ministerial performance, there have been reports Bassil's dealings with diplomats and employees in the foreign ministry. Thus the "al-Akhbar" newspaper revealed last May that Bassil "insulted a Lebanese diplomat", after he allowed security forces to raid a state administration building to investigate personnel, depriving six diplomats and administrators of their immunity in the process, in order to try and find the leaker of three diplomatic reports which were leaked to the press.

Various other complains have come out against Bassil's conduct in the Foreign Ministry, including his patronizing attitude towards diplomats, and his discretionary behavior and conduct vis a vis embassies around the world.

The insults towards Bassil are in no small part a result of his racist tweets, inflammatory statements and inflated sense of himself.

According to "Abeer", the heavy scale of insults that are directed towards Bassil have begun to annoy her – not because she likes the minister, but because in her opinion there are those who are worse than him amongst the ruling regime. Nonetheless, she believes that the insults are understandable, because Bassil is "provocative, sharp and hostile with those he likes and those he doesn't like."

Abeer notes that Bassil's opponents are spread across the various political currents, including devoted Aounists who support the regime, former Aounists who left the Free Patriotic Movement because of him, and those who are with the "Lebanese Forces", "Marada Movement", "Amal" and the "Future Party" – while the only party that doesn't speak negatively about him in public is "Hezbollah".

On the context of Bassil's relations with Hezbollah, for his part "Abdullah" believes that Bassil is promoted as the strongest man in the country, with the largest bloc, number of ministers, as well as his close relationship with the President. 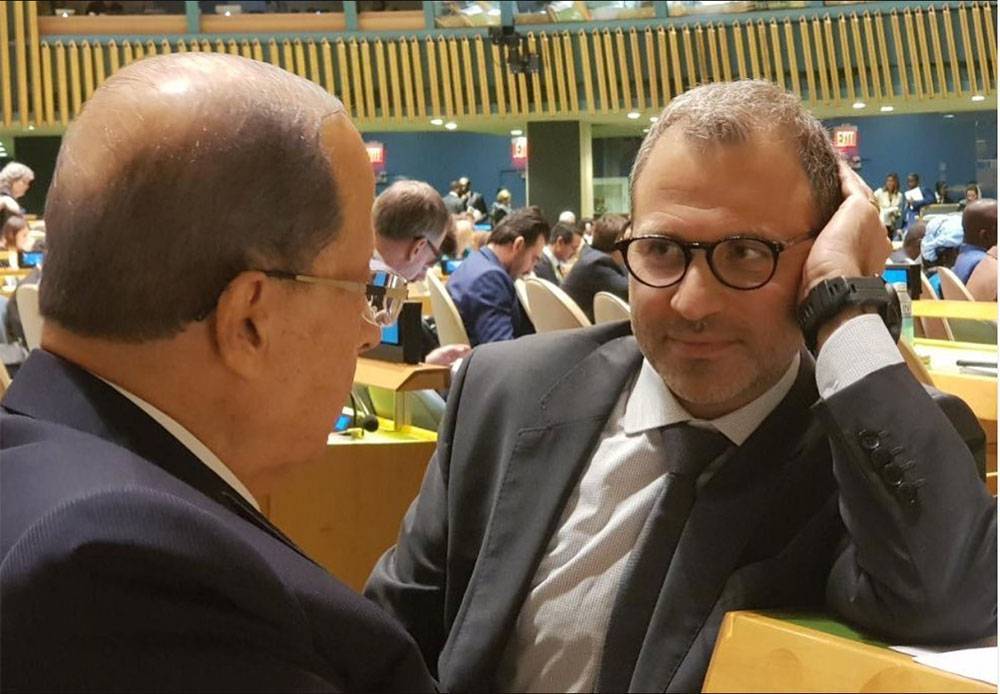 In Abdullah's opinion, there are two key entry-points for the attacks on Bassil: "The first is the war on the presidency of the republic which the "son-in-law" is a candidate for after Aoun’s death, and the second is to do with his relationship with Hezbollah as the weakening of Bassil is a way to weaken the group, because of the technical legitimacy that Hezbollah was granted in elections was caused by Bassil."

Furthermore, in Abdullah's opinion, Lebanon has never witnessed as provocative a character as Bassil's, adding that he has a vulgar sectarian-mobilization project – and that his presence on the political scene coincided with sectarianism and vulgarity.

Here, Mohammed states that Bassil's discourse is factional, and expresses his lack of respect for all Lebanese – categorizing them as first, second and third class citizens – and has used sectarian and racist discourse to promote his political program.

Mohammed's analysis is agreed upon by George, who states that "Gebran is proud of his racist and sectarian discourse, and of inciting against the Other" – adding that there are more than forty legal claims which have been filed against the minister, accusing him of exploiting his authority, and that the worst era of freedom of expression in Lebanon was because of him.

It should be noted that on many various occasions, Bassil's statements and tweets attracted controversy, being accused of racism.

A few months ago, Bassil declared in the "Conference on Energy for Emigrants" (Bassil's obsession with emigrants and "dispersing out" is another story) what in effect meant: "We have entrenched the concept of our Lebanese belonging, which is above any other affiliation, and we have said that it is genetic which is the only explanation for both our similarities and distinctions, for being able to tolerate as well as adapt to each other, for both our flexibility and our strength and resilience, and for our ability to both integrate and assimilate on one hand and our refusal to migrate and resort to asylum on the other." 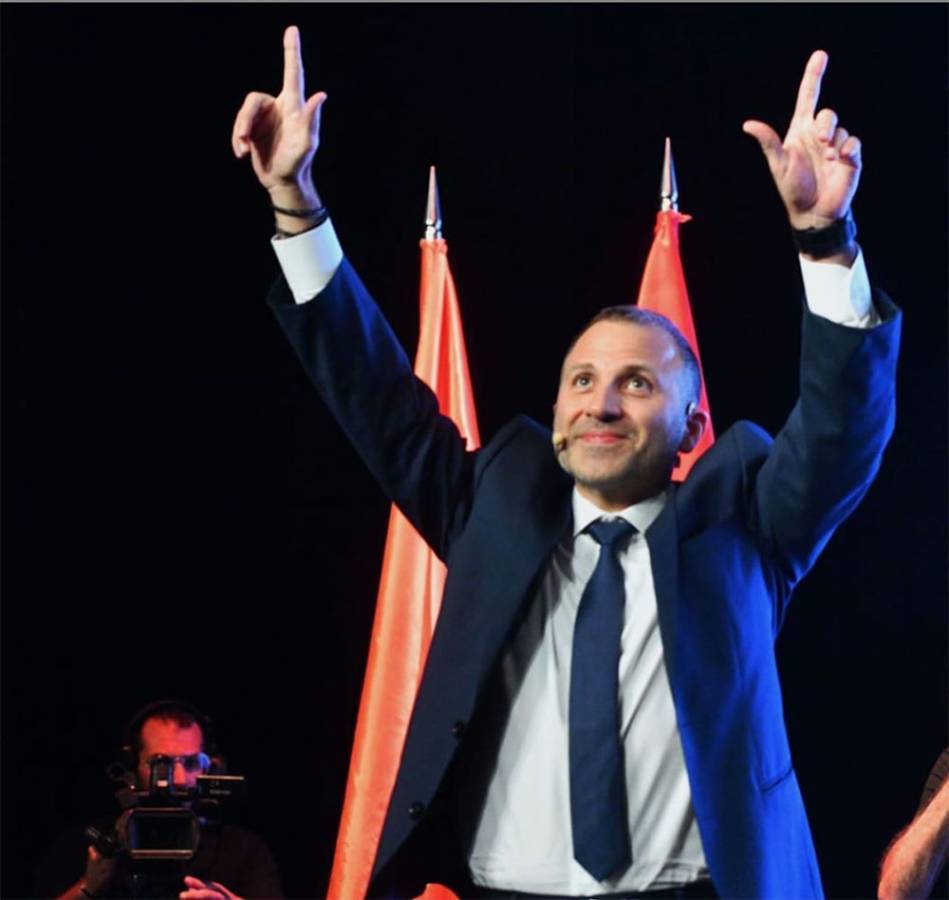 Many criticized Bassil's rhetoric on the "supremacy of belonging on the basis of genetics" as well as his racist rhetoric towards refugees – while a group of civil society associations submitted legal claims against him, accusing him of "inciting prejudice."

In addition to all of the above factors, Jad also notes that "Bassil has no charisma", and compares the Foreign Minister to the stereotype of the student who always wants to prove that he is the best in his class, telling on his classmates, refusing to help them and covering his paper from them during examinations.

According to Jad: "It may be possible to hate this student and distance yourself from him in class, but the difference is that the "hardworking student" now has a weapon, becoming stronger than the rest, meaning that everyone else is forced to listen to him and offer pledges of obedience."

Until you set foot in my bed and your head lies by mine”... Rituals to ensnare a lover