During the period known as Islamic Conquests, Muslims were building palaces and mosques and leaving their marks around the world, and as they conquered lands far away from Mecca, they also altered landmark buildings from previous civilizations. This is evident from the conversion of many churches, in conquered areas, into mosques. Some of which are now the most famous and oldest mosques.

On the other hand, Europe's Muslims have long suffered from a shortage of mosques and this is the case in Western Europe specifically where some are forced to convert old or abandoned churches into mosques in order to hold prayers. Here is a tour of the most famous and most controversial mosques that were once churches. 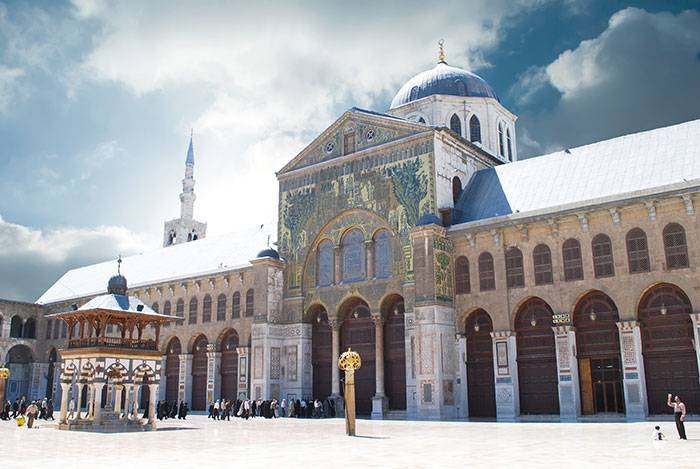 Before it was a church, the Umayyad Mosque was a temple for the Aramean God Hadad when Damascus was an Aramean state, Christianity then spread in the Levant and it became the Church of St. John the Baptist, where his severed head is buried and became later known in Islam as the Prophet Yahya, when the church  was turned into the Great Mosque of Damascus, by the Umayyad Caliph Al-Walid bin Abdul Malik.

The Great Mosque of Cordoba - Spain 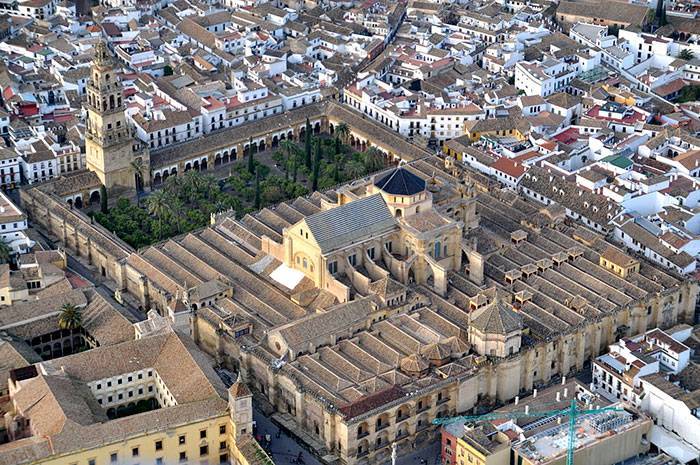 The Great Mosque of Cordoba is one of the most important edifices of Islamic civilization in Spain built when Andalusia was under Islamic rule. Its construction began in 785 AD by the Emir Abd el Rahman the first in a wave of the conquest of Andalusia and was completed by the second ruler in the tenth century. Before the mosque was built, Christians and Muslims shared prayer in the building of the Visigothic Church of Saint Vincent. 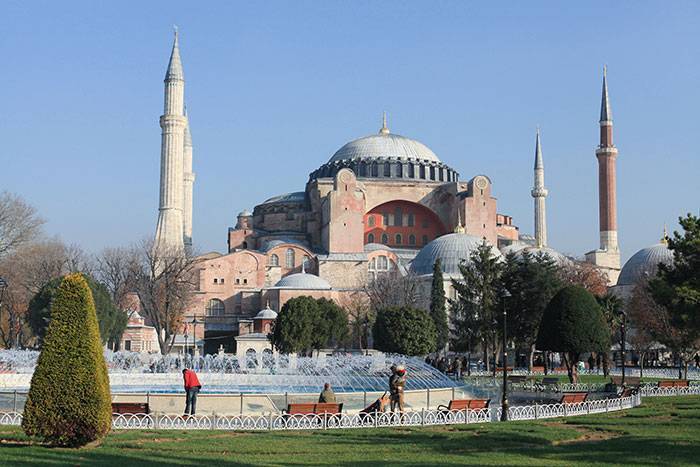 Little Hagia Sophia in the city of Istanbul was a church for Saint Sergius, before the Islamic conquest of the city. When the Ottomans entered Constantinople turning it into Istanbul in 1453 AD, they converted large numbers of churches of the Roman civilization, which once ruled the country, to mosques, including the mosque of Hagia Sophia, a miniature replica of the Church of Hagia Sophia, which was converted Also into mosque, and eventually to a museum in 1935.

History repeats itself!  Islam has been converting churches to mosques since the 7th century, including some of the most iconic mosques. The last such conversion happened in Mosul when ISIS converted the church of St Ephrem to a mosque in 2014.

The Umayyad mosque in Damascus is arguably one of the wolrd’s grandest surviving buildings from the 8th century. Built as St John the Baptist church, Umayyad Caliph Walid Bin AbdelMalek converted it to a mosque. 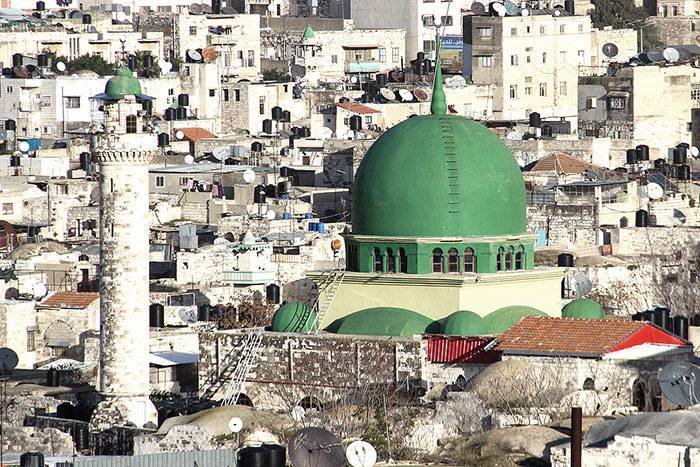 Al Khadra mosque in the Palestinian city of Nablus symbolizes and proves the succession of civilizations and religious cultures in the city. It was a crusader church built on the remains of a cave, where it is said that the Prophet Jacob from the Old Testament or the Torah wept for his son It became a church during the Crusades in 1187, and then a mosque in the first Islamic era in the Levant, in the seventh century AD. 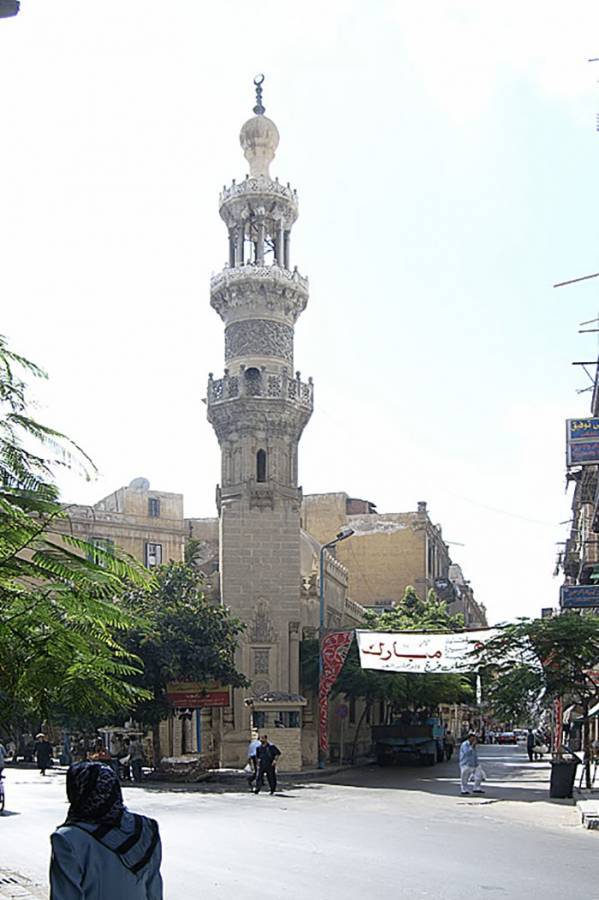 The Al-Attarine Mosque is located in the centre of the Al-Attarin historic Market in Alexandria, which contains archaeological sites dating back to the time of Napoleon Bonaparte's invasion of Egypt. It was the church of St. Apnacius, in 370 AD, and turned into a mosque after the Islamic conquest of the city. It was restored and opened in 1055 AD by Badr al-Jamali, the minister of the Fatimid caliph al-Mustansir Billah

The only mosque in Venice, opened in 2015 and has aroused considerable controversy as the Italian government and local authorities were trying to prevent the establishment of a mosque where the city’s Muslim’s could pray but an Icelandic architect of Swiss origin, volunteered to build a mosque in a church that had been abandoned for forty years, This project was carried out with the help of the Muslim community in the city. The Mosque of Venice was built in the church of Santa Maria Valverde and opened in May 2015. 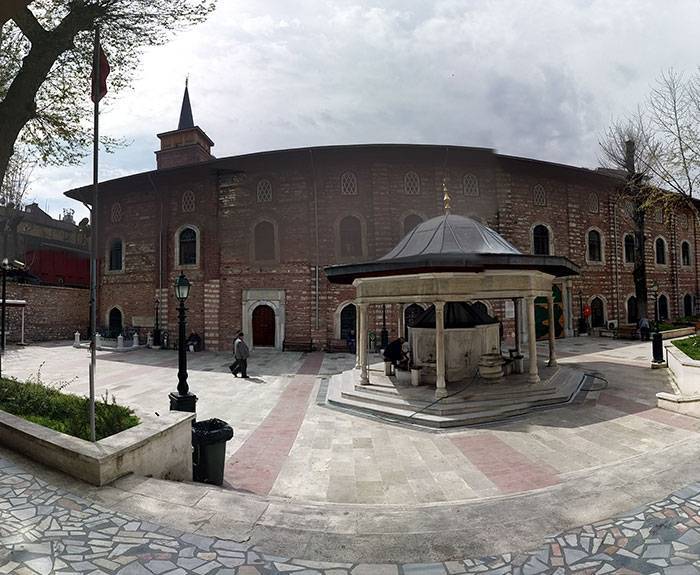 Located in the Galata district of Istanbul, Arap Mosque was a  Byzantine church in the 6th century AD. It was converted into a mosque for the first time when Muslims tried to enter the city of Istanbul in 668 AD, but it resumed being a church after they left the city. It was a custom for merchants coming from Venice to pray there because its architect was Italian, giving it a unique design. After the last Ottoman Islamic conquest of the city, it was turned into Arap Mosque around the year 1475. 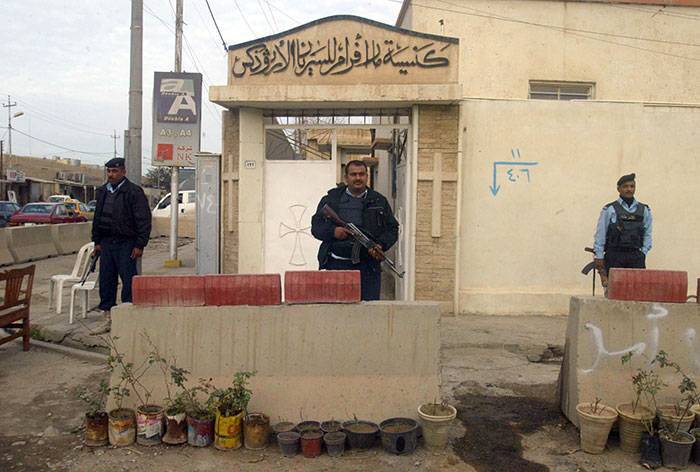 In a context different from all of the above, after a modern Islamic conquest, ISIS converted the Church of St. Ephraim, the Syrian Orthodox Church, in the Iraqi city of Mosul, into the "Mosque of the Mujahideen” in order to hold prayers there one year after the occupation of the city Mosul by ISIS in 2014. It is noteworthy that the Church of St. Ephrem was an important religious centre for the Christians of Mosul and hundreds of worshipers from the city and the countryside would flock there. 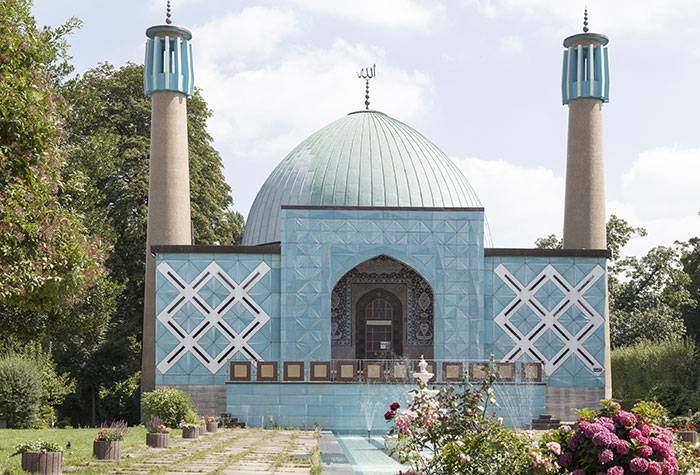 In 2015, the Capernaum church in Hamburg, Germany, was converted into a mosque where Muslims in the northern part of the city could pray, after the church building was purchased by Al Nour Islamic Center. Although it is not the first mosque in Hamburg, it has sparked controversy and protests by some German right-wing parties.

We Forgot How to Wake Up From Nightmares, My Daughters