A girl under 18 cannot drive a car in Jordan. But although she is too young, according to the law, to take the wheel, she is old enough to get married.

Child marriages are seen by some in Jordanian society as custom – one that some legislators are reluctant to change and others say is alien to the country.

A girl under 18 cannot drive a car in Jordan. But although she is too young, according to the law, to take the wheel, she is old enough to get married.

Nevertheless, Jordanian and international organizations are trying to change the reality of child marriage in Jordan by pressing the kingdom’s legislature to approve amendments to the Personal Status Law, which grants “exceptions” for the marriage of minors of both sexes.

The exceptions allow judges to ratify marriages involving girls as young as 15 if the marriage fulfills “the best interests,” without detailing what those interests are.

Civil society organizations in Jordan are currently demanding that the age of marriage be increased in such exceptional cases to 16 in order to protect minors from the consequences of early marriage in terms of health, education, economic and social status.

"The exceptions for child marriages must be limited and not in large numbers," say the civil society organizations. However, the number of marriage contracts in which minor girls were a party amounted to 52,659 between 2013 and 2017, according to the annual reports issued by the Department of the Chief Justice.

In December 2018, the Jordanian House of Representatives agreed to a minor change in the wording of the personal status law, from allowing exceptions for girls who “completed 15 years of age” to those “who reached 16 years of age.”

The minor change in the wording indicated there was no real intention to materially address the issue of child marriages.

The Jordanian Women's Solidarity Institute, a civil society organization which works on women's issues, said in a statement that the political will of the government and the National Assembly, both of whom publicly oppose child marriage, must be translated into action through legislative amendments necessary to eliminate child marriage.

Jordanian journalist and activist Aroub Soubh told Raseef22 that marriage of minors in Jordan is not usually a matter of tribal custom, as is widely believed, pointing out that most of the studies conducted indicate it is linked to tough economic conditions.

She pointed out that the increase in the rate of child marriages from 2013 to 2017 was due to the suffering of Syrian refugees who were in dire economic straits, leading to an increase in such marriage. The number of Syrian refugees in Jordan registered with the UN in November was 673,538, 18% of whom were living in refugee camps.

“The parliament refuses to amend what it considers legitimate, though it has nothing to do with the 'exceptions' that the Personal Status Law grants", she said. 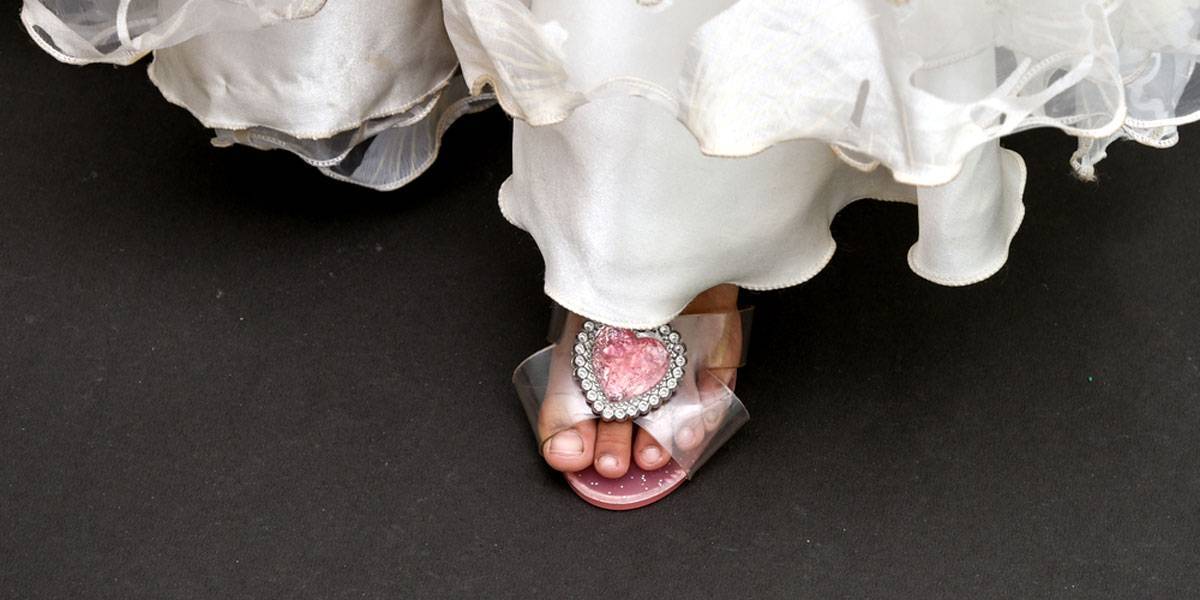 The epidemic of underage marriage in Jordan

Educational counselor Ruba Mahmoud said the proliferation of underage marriages in Jordan was a result of the influx of other nationalities to the kingdom, adding that child marriages were customary in Syria and contributed to spreading the practice in Jordan.

She said that one of the reasons for underage marriage is the easing of a family’s finances if they marry off a daughter, particularly if a father has many children. The poverty rate in Jordan was estimated at 14.4% in 2010, in the latest official study conducted by the Jordanian government.

Mahmoud said that Jordanian Bedouin tribes who practice underage marriage contributed to the societal perception that such practices are normal, though she said that many tribes do not consider such a union as underage because they consider a girl ready for marriage once she hits puberty – an attitude that is beginning to change.

"One of the reasons for the marriage of minors in Jordan is the fear that the girl will remain without marriage until a later age," says Naila Hassan, a Jordanian housewife, raising fears of spinsterhood.

Abeer Hassan, a women’s rights activist, said the wording of the law allowing child marriage if it is in the “best interests of the parties” was nonsensical.

"Is it in the best interests of my daughter to sell her and deprive her of the right to education, care and study because of my poor finances?” she said, adding that child marriage amounted to a form of legalized rape and contributed to higher divorce rates.

"Is it in the best interests of my daughter to sell her and deprive her of the right to education, care and study because of my poor finances?”

Statistics appear to confirm this reality. Out of 817 Jordanian minors who were divorced during 2017, 334 did not complete their first year of marriage, according to the Population and Family Health Survey (2017-2018) issued by the Department of Statistics.

The survey showed that one out of four child brides was subjected to physical violence by her husband, and that age group was the most likely to suffer from physical violence perpetrated by their husbands, at a rate of 24.9%, followed by women who were 40-49 years old at 21.6% and the 25-29 age group at 21.4%.

In 2017, Jordan witnessed 213 marriage contracts per day, including 29 cases of early marriage (marriage between the ages of 15-18), which pushed minors out of childhood and introduced the them to the world of "adults.” The same year saw 71 cases of divorce (both through mutual agreement and judicial methods), including 15 cases of divorce involving a minor.

In the data released by the Solidarity Institute, there is a strong relationship between early marriage and dropping out of school, even though the exception allowing marriage for under-18s stipulates that it should not interrupt the wife’s education.

The institute added that there are about 10,000 minors who are threatened with deprivation from education annually.

The risk of "maternal mortality"

"Child marriage robs girls of their childhood and puts their health and education at risk".

Earlier this month, Human Rights Watch issued a statement calling for a change in the Personal Status Law to include the complete termination of child marriage and raising the minimum age for marriage to 18 years without exception, and guaranteeing full equality for women in marriage, divorce and inheritance.

"Child marriage robs girls of their childhood and puts their health and education at risk," said Michael Page, deputy Middle East director at Human Rights Watch. "Parliament should take this opportunity to put an end to this abusive practice."