Egypt is a country deeply rooted in the African continent. These roots are political, economic, social, cultural and religious. In the modern era, two of the most important African leaders have tried to marry two important Egyptian ladies. One of them succeeded, while the other was rejected.

As it could be expected, Egyptian media focused on the successful marriage showing the strength of Egypt’s relation to the rest of the continent. The failed one however, is rarely mentioned, though had it took place it could have been of great help in alleviating the tension between Egypt and Ethiopia around the Renaissance Dam.

The bride in the first marriage, is Fathiya Rizk, who was born to an open minded Christian family on the 22nd of February 1932, according to the Coptic encyclopedia. Her father was a civil servant in the Zaytoun neighborhood of Cairo. She was the third child, and after the father passed away, her mother devoted her time to raising her children. 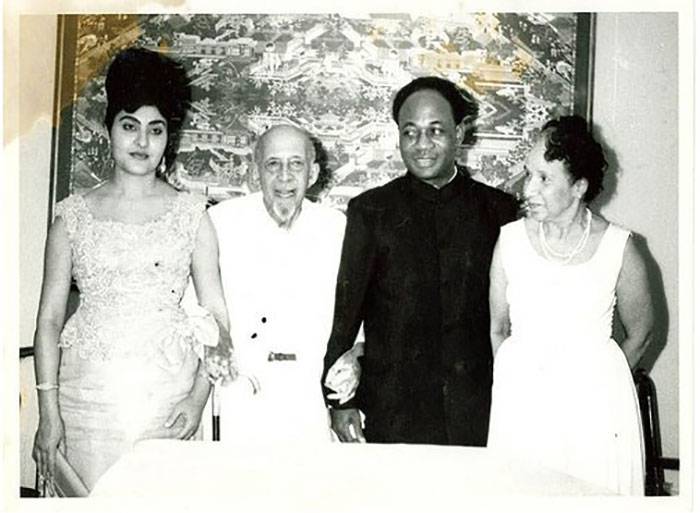 The groom is Kwame Nkrumah, leader of the Ghanian independence from Britain in 1957. He became Prime Minister until 1960 when he was elected the first president of the country and reelected in 1965.

In 1958, Kwame Nkrumah wha was still Prime Minister at the time, visited Egypt. He saw Fathiya who worked at a bank, and wanted to marry her. The mother refused at first because she did not want her daughter to live far away from her.

Nkrumah had to get help from his friend, President Gamal Abdel Nasser. Nasser asked the mother why she was opposing the marriage, and reassured her that he is going to open an Egyptian embassy in Ghana, and a direct flight service between the two countries, so she will be able to visit her daughter any time she wants.

Fathiya and Nkrumah had three children: Gamal, Samia, and Siko. In 1966 while Nkrumah was in Vietnam, a military coup led by General Joseph Ankrah took place. Fathiya called President Abdel Nasser to ask for help. He sent her a plane and she went to Egypt. She stayed in the Tahira palace for three months until she moved to her house in the Ma’adi district in Cairo. Nkrumah, on the other hand went to neighboring Guinea. Following the 1967 defeat in the war with Israel, Fathiya donated all of her jewelery to support the Egyptian army.

As the years passed, the situation in Ghana changed. During the visit of then Ghanian president John Kufuor to Egypt in 2000, he went to see Fathiya in the Nile Hospital where she was being treated. 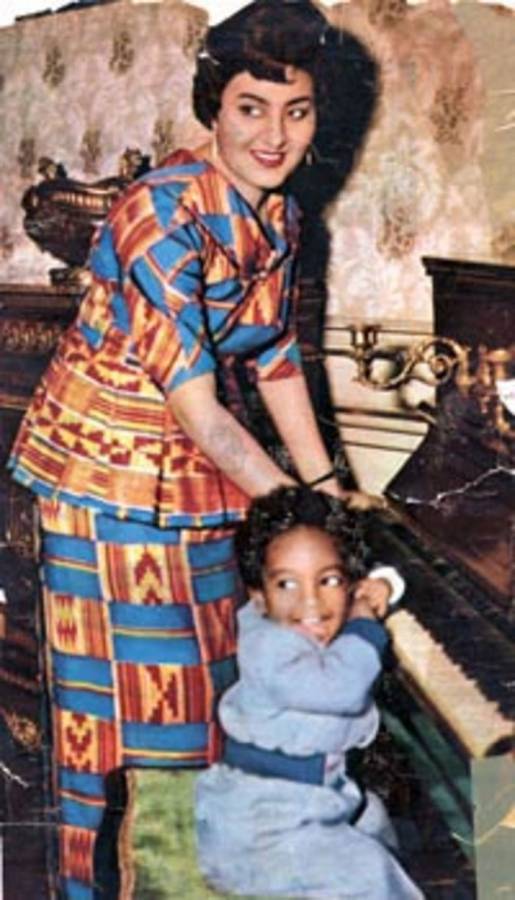 She passed away in 2007. The funeral ceremony was performed by Pope Shenouda III. Fathiya was then buried in Ghana next to her husband following the request of the Ghanian President at the time. Her grave reads: “The beloved wife of the great man, she faced all challenges with courage.”

Kwame Nkrumah had died in 1972 in Romania after a long struggle with cancer.

The protagonist of the unaccomplished marriage is Jamila Tawfiq Andraus. Born in 1930, she is the eldest daughter of the famous Wafd Party politician Tawfiq Andraus Pasha. The coptic father was a friend of the Egyptian leader Saad Zaghloul, and died at a young age in 1935.

The rejected groom in this story is non else than the Ethiopian Emperor Haile Selassie, crowned King in 1928 and then Emperor in 1930. Selassie was dethroned in 1974 after a communist revolution led by Mengistu Haile Mariam. While the communists declared him dead, it later turned out that it was a lie. Selassie died in 2008 after disappearing for long years. 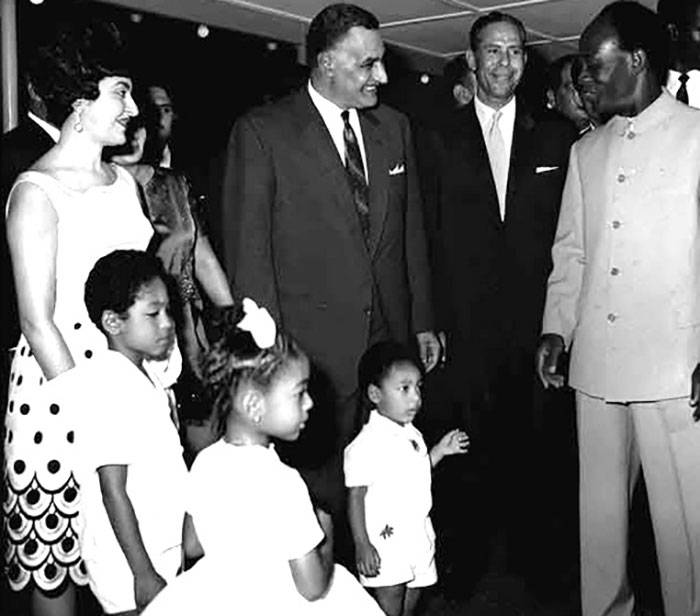 After Tawfiq’s death, his brother Andraus became the patriarch of the family, caring for his brother’s children: Jamila, Jamil, Laudy, and Sofie. Jamila studied at the Sacré Coeur french school in Cairo and then went to the American University of Cairo. She was known for her beauty and her strong personality.

According to an article published by the Egyptian Al Wafd newspaper, President Gamal Abdel Nasser put an end to the tensions that existed between the Ethiopian and the Egyptian churches. The Ethiopian Emperor then attended the opening ceremony for the St. Mark's Coptic Orthodox Cathedral located in the Abbassia district in Cairo. While on his visit, he expressed his desire to be married to a woman from one of Egypt’s biggest Coptic families.

Jamila Tawfiq Andraus, was the choice but she refused the marriage proposal of the Emperor because she wanted to stay with her siblings and family in Luxor. She was also afraid of moving to Ethiopia as she thought it was an alienating place at the time.

Jamila lived her life with her two sisters. The three of them never married. They lived in their palace in Luxor away from the spotlights and following the traditions of a conservative family. Jamila managed her vast properties. Their lifestyle might explain why Jamila was reluctant to appear in the media and has very few pictures.

Jamila died in 2011. She was taken to the Luxor international hospital after suffering from a strong fever, but she died. Her funeral was a simple one, and she was buried in the family cemetery next to Al Karnak temple east of Luxor city. And so the life of the lady who refused to marry an Emperor came to an end.