I encounter daily a cornucopia of vintage pictures online featuring Arab women from the first half of the twentieth century captured in bikinis, mini-skirts, or very short dresses. These pictures are usually accompanied by nostalgic comments mourning the fate of Middle Eastern women while glorifying Western attires. “Other nations are going onward, while we are going backward,” notes one social post. “How did ugliness replace this much beauty,” exclaimed another. 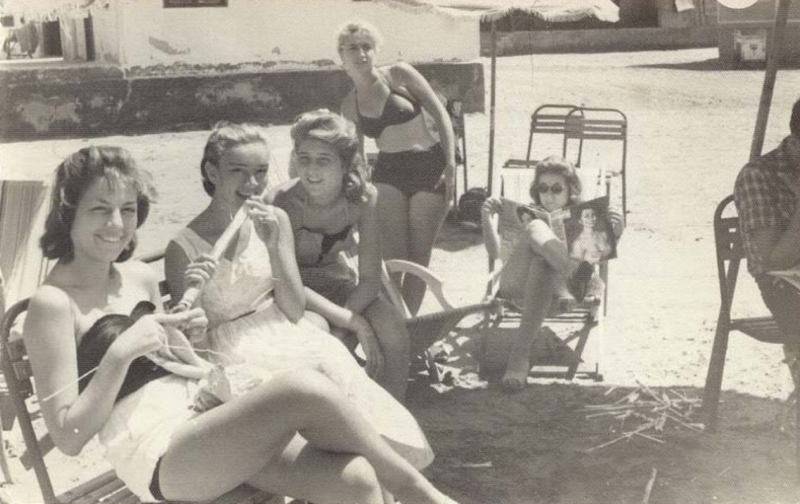 Arab women chilling at the beach

In the collective imagination of many educated people from the region, Western garments are associated with female agency, liberal values, and are the epitome of sophistication and human development. This, of course dissimulates a certain disdain of traditional head and body covers deemed the symbols of physical oppression and phallocratic Islamic norms. If anything, bikinis, puffy wigs, or even ties are the result of a shameful era amid the colonial encounter where we wanted to resemble our oppressors.

These vintage snaps are an essential part of our visual heritage. Nevertheless, they intentionally obscure millions of other women from the region who, in a parallel universe were dressed in Moroccan Djellabas, Egyptian Melayas, or Iraqi Abayas. This reductionist view of Arab women implicitly favors a narrative proclaiming that women enjoyed greater freedom of expression under colonial rule. In contrast, women's indigenous attire became a unit of measurement of backwardness and regression. Behind these partial and selective frames of Middle Eastern elites, who could afford to be taken in pictures, was a daunting number of illiterate and unemployed women, an alarming rate of child mortality, tuberculosis, bilharzia, and female cholera victims that no one will remember or ask to pose for a picture. 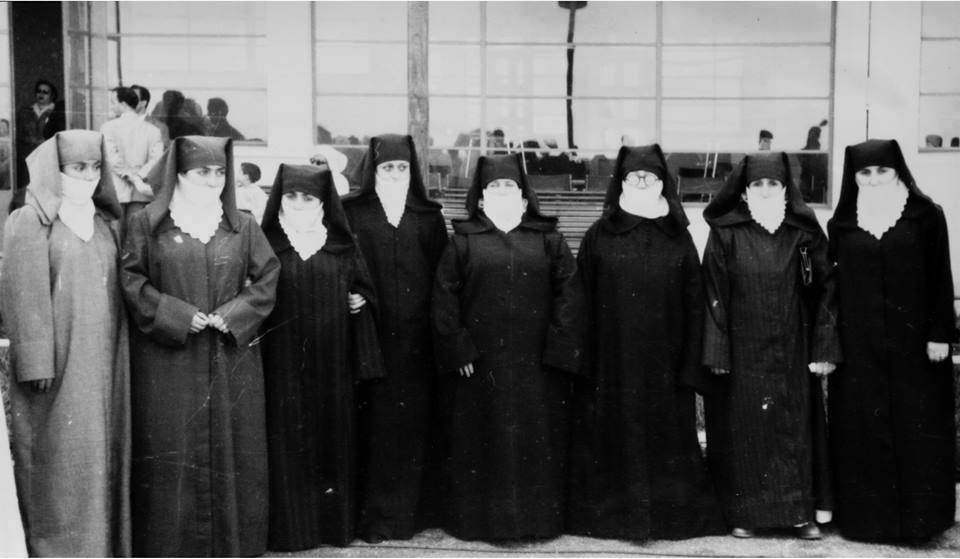 This ‘vintage bikini photos syndrome’ attests to the deeper malaise we have regarding our past and present. Since our present is utterly hideous and marked by deep prejudices and paradoxes, we tend to idealize an imaginary and somewhat fictional perception of the past. If you do not hear the average Arab praising his Sumerian, Phoenician, or Pharaonic ancestors and their contribution to human civilization, you will surely find him dwelling on the colonial era where Cairo was dubbed the ‘Paris of the East’ and Lebanon the ‘Switzerland of the East'. Of course, the false consciousness of our elites does not feel any embarrassment in picking and choosing fragments from our identity and memory or using the west as the vantage point of aesthetic beauty and civilization.

This ‘vintage bikini photos syndrome’ attests to the deeper malaise we have regarding our past and present. Our present is hideous and marked by deep prejudices and paradoxes, we tend to idealize an imaginary and somewhat fictional perception of the past

Western media’s fetishization of these pictures did not help with titles like “You won’t believe where these pictures were taken”, “This is how Iraq/Cairo/Algiers looked like before the propagation of Islamism”, “Captivating images from when Arab women had style”. This is linked to another taboo visual archive, that of erotic colonial postcards where European soldiers and settlers used to avidly accumulate a collection of early pornographic pictures showcasing half-naked women from our region for the pleasure of their orientalist eyes. These postcards framed in part the western gaze on the Middle East and the fantasies that are still perpetuated in the cinema and literature about the romanticized Arab feminine body.

This story reminds one of a folk tale our sage elders used to tell us on gloomy winter nights. The story of the crow bird who was so fascinated by the sumptuous walk of the peacock that he decided to imitate him. At the end, the unfortunate crow was never able to walk like a peacock. In the process, he also forgot his own original style and could no longer be himself. So is the Arab individual wishing to resemble the West so much that they forgot who they really are. The Arab female is plural whether in the past or present. Her identity can’t be summarized in a few black and white snaps. She wears the hijab, the niqab, hot shorts, or nothing at all. She is simply her authentic self. 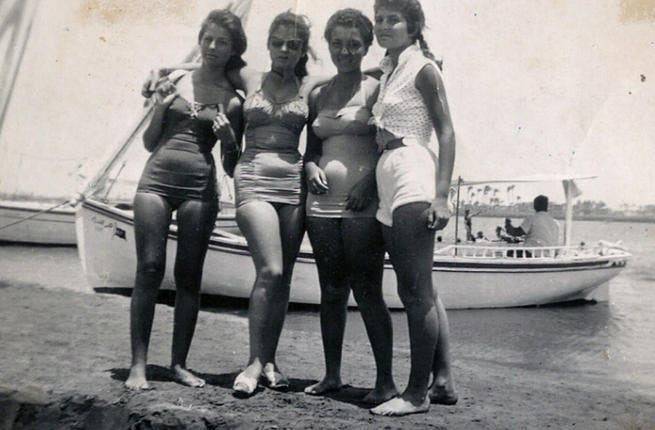 Egypt's girls in swimwear in the 1960s 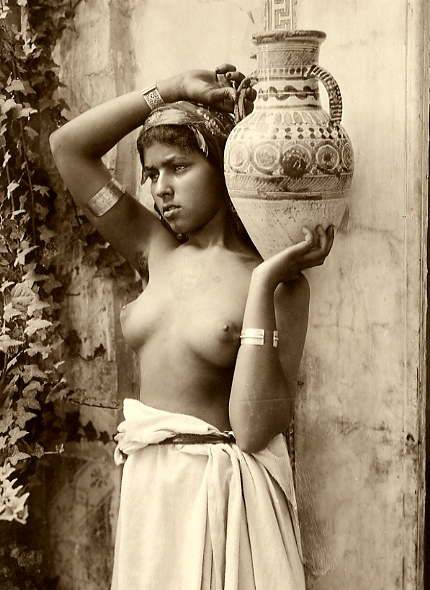